A NEWLYWED couple have taken to a wedding forum to share a hilarious before-and-after photo after partying the night away at their wedding.

The party animals shared a flawless snap at the start of the day, next to a photograph of them at the end of the night. 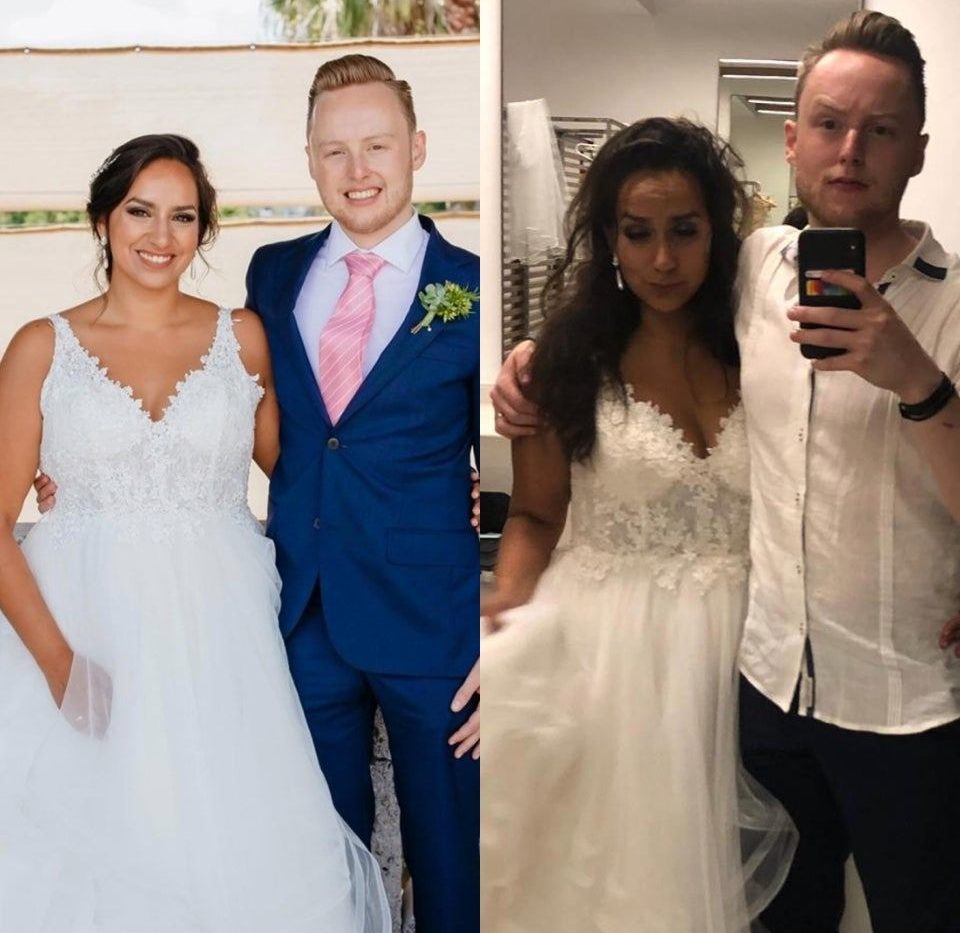 "Our before and after wedding pictures, it was a blast."

In the before photo, both the bride and groom are immaculately dressed, with the bride's hair carefully pinned back in a beautiful updo and her make-up looking flawless.

The groom meanwhile, looked fresh-faced and smart in a crisp blue suit with a yellow and green buttonhole flower.

But the after snap paints a different story, with the bride's hair now down in a messy half pony tail and eye make-up slightly smudged.

The groom has also lost his tie and blazer and appears to be a little worse for wear after the long day.

Reddit users praised the couple for what looked like an incredible party, with one commenting: "That’s hilarious. You look beautiful! And it looks like it was so much fun!"

The couple added: "It was amazing, it was great to hear that a lot of guests said it was the best party they have ever been to!

"It’s such an honour for us, definitely makes the whole wedding stress worth it."

Several asked the newlyweds for tips, while others said they too would take a before-and-after photo to mark the end of their wedding day.

And the couple were overwhelmed with joy when one user said they thought the before image was a snap of the Duke and Duchess of Sussex.

"I was scrolling quickly and thought this was a picture of Meghan and Harry for a second, lol, you guys are gorgeous! Congratulations, looks like SUCH a fun wedding," they wrote.

Other users praised them for managing not to stain their white attire.

"And no stains! Good job!" One commented.

In other wedding news, we told you how one bride-to-be was stunned after boyfriend inscribes her gorgeous diamond engagement ring with a cheeky sex gag.

And we showed you an outrageous wedding invite from mother of the groom labels bride a ‘cheap two-bit tramp’.