The late fashion designer Norman Norell will be honored Tuesday in his hometown of Noblesville, Ind.

An Indiana state historical marker will be installed, thanks to Hamilton County historian David Heighway, and officials from Noblesville and the Indiana Historical Bureau.

Instrumental as he was in the post-World War II fashion scene, the designer, who died in 1972, is being celebrated posthumously partially as a reminder of the importance of diversity and inclusion. Noting how Norell’s grandparents were German Jewish immigrants and Norell was a gay man, Heighway said Monday, “We are trying to show that we appreciate everybody that is part of our community participation, people like Norman. He and his family had really close ties to the community. We want to recognize that fact. We hope that everybody sees that there are all kinds of people out there, who are really important. He was so hugely successful on a national scale. But it’s amazing how he’s kind of been forgotten in the last 50 years.”

Norell was among the first to work his way out of the back rooms of Seventh Avenue and put his own name on a label. He was an early president and played a role in the foundation of the Council of Fashion Designers of America. He was also unabashed about speaking up about the importance and originality of American designers, when their European counterparts dominated.

All of the Fashion at the 2021 BAFTA Awards

Before venturing into fashion, Norell designed costumes at Paramount Pictures in Astoria, N.Y. Norell first landed his name on a label in 1941, by partnering with Anthony Traina to form the Traina-Norell brand. He later started Norman Norell Inc. in 1960. The designer suffered a stroke on the eve of the opening of a retrospective at the Metropolitan Museum of Art in 1972, and he died 10 days later. 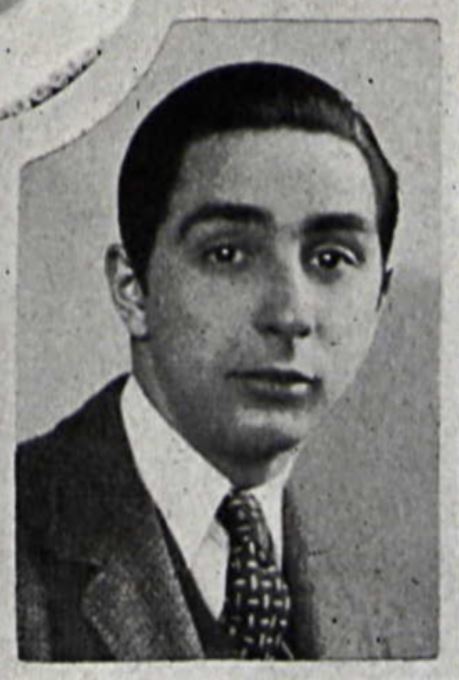 Norell’s family, the Levinsons, settled in Noblesville in 1857 and opened a men’s clothing store. They relocated to Indianapolis in 1907. Inspired by theater productions there, Norell went on to study art and fashion illustration in New York and started working on Seventh Avenue in 1924. Norell unveiled the chemise dress under WWII restrictions, and later dressed style setters like Jackie Kennedy, Lauren Bacall and Judy Garland.

The Indiana Historical Bureau, a division of the Indiana State Library, has been marking the state’s history for more than 100 years. A larger public program will be held in Norell’s honor later this year once COVID-19 safety restrictions ease. A five-story apartment building with retail is being constructed on the site of what was his grandparents’ home that will be named the Levinson Building. More than a century ago, the family financially supported schools, libraries, parks and charities in the area, Heighway said. “Norman’s grandmother and grandfather were German Jewish immigrants. They came to America and were just wonderfully generous. The whole town absolutely adored them, but they have been forgotten since then — much like Norman has been in the fashion industry. We are in the process of bringing that name forward again by working with descendants of the family. Norman didn’t have any children but his brother did,” said Heighway, adding that an attorney uncle was another benefactor and Nobel Peace Prize contender in 1929. Salmon Levinson drafted the Kellogg-Briand Pact in 1928, the first treaty that was designed to make war illegal.