Prince Albert oversaw the creation of the intricate Oriental Circlet tiara for his wife in 1853, and it is one of four that he designed. Albert was inspired by The East India Company’s display at The Great Exhibition of 1851, and chose the circlet based on jewellery he saw there.

There was some controversy with this tiara, as diamonds from pieces originally belonging to Queen Charlotte were used, and the King of Hanover believed they belonged to him – it was decided by a commission that he was the rightful owner, and so the contested gems were removed and replaced by a mix of diamonds from other pieces, and new stones, in 1858.

On her death in 1901, Victoria designated the Oriental Circlet, and an accompanying suite of jewellery, as heirlooms of the crown, meaning they should be used by Queens in future generations.

This means that when Queen Elizabeth dies, the Oriental Circlet will go to Camilla, Duchess of Cornwall to wear – if she becomes Queen Consort.

Queen Alexandra, married to King Edward VII, was the next wearer of the diadem, and she thought that opals were bad luck, so reset the tiara with rubies instead. 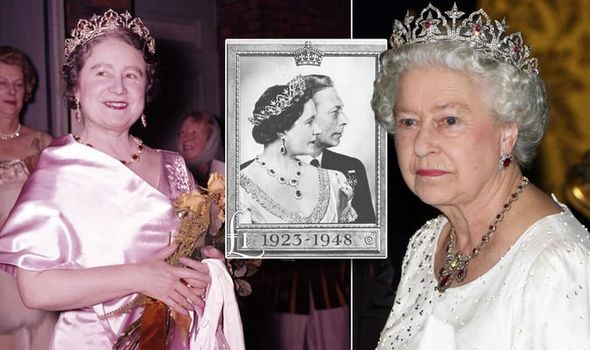 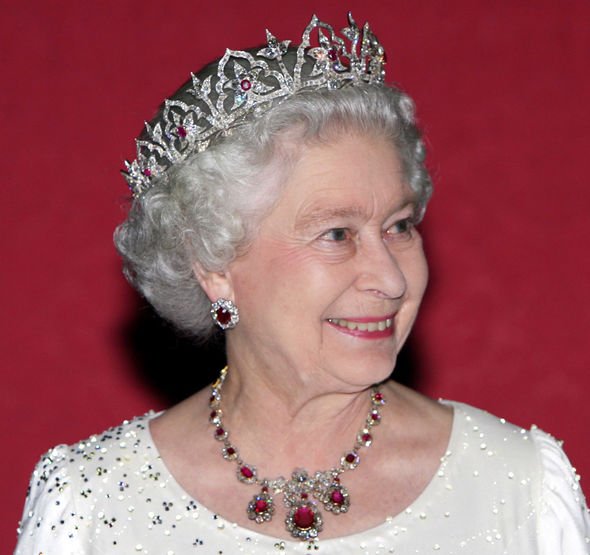 Despite her alterations, she was never photographed in the piece, and in 1910 on the death of her husband, it went to her daughter in law, Queen Mary.

Queen Mary wore the matching jewellery, but was also not photographed in this tiara.It is most closely associated with its third wearer – Queen Elizabeth, the Queen Mother.

She inherited it in 1936, and wore it on royal tours, to film premieres and notably on a commemorative stamp for her silver wedding anniversary in 1948.

When her husband King George VI died in 1952, the jewels should have passed to Queen Elizabeth as the new reigning monarch – but the Queen Mother kept the jewels, and wore them often, until her death in 2002.

The Queen wore the tiara for the first, and only time in 2005, on a state visit to Malta. It has not been seen publicly since.

Made by Garrard, the tiara originally cost £860 (around £110K in today’s money). The circlet’s frame is gold, and Garrard set it with over 2600 diamonds and opals, which were some of Albert’s favourite gemstones.

It was then reset in 1902 using Burmese rubies that were given to Victoria in the 1870s.

It is called a circlet as it wraps nearly all around the head, and features arches and lotus flowers in the design. 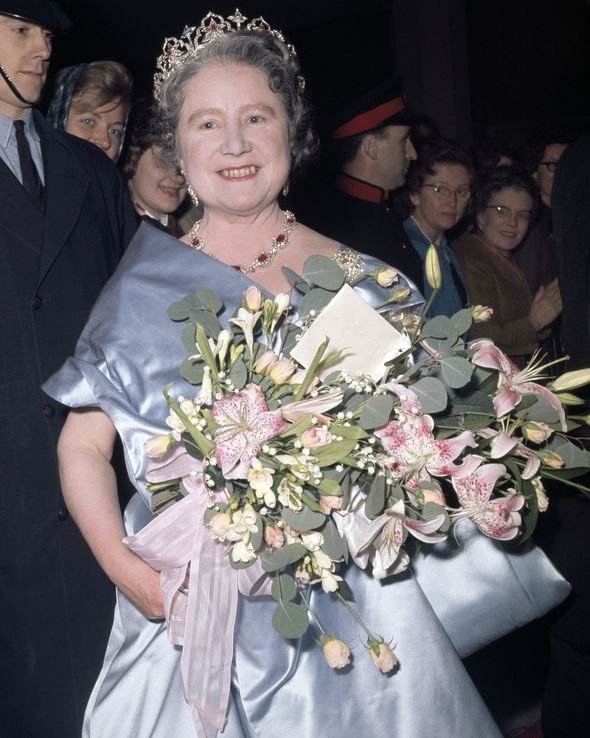 James Constantinou, founder of Prestige Pawnbrokers of Channel 4’s Posh Pawn, said of the piece: “The Oriental Circlet Tiara is one of the most important Victorian tiaras in The Windsor Collection.

“Queen Victoria’s Oriental Circlet was made in 1853 with Prince Albert taking the lead role in it’s oriental inspiration. Prince Albert was greatly inspired by the Indian Jewels presented to the Queen by The East India Company hence the tiara being set originally with the Prince’s Favourite opal stones and Moghul arches and lotus flower design.

“The diamonds used to make the tiara were taken from the family’s collection. This caused a problem shortly after the piece’s construction.

“The Hanoverian branch of the family won the legal right to the late Queen Charlotte’s jewels in 1858, and a significant number of diamonds in the tiara had to be sent to Germany.

“They were removed and replaced with other diamonds, some newly acquired and some taken from other royal jewels. The Oriental Circlet Tiara is one of four tiaras not only worn by Queen Victoria but is still owned by the main branch of the British Royal Family.

“Due to its provenance this tiara would garner worldwide interest. There would be great excitement if this tiara ever came onto the market and would be expected to make in excess of £6.5 million pounds.”

How many tiaras are there in the royal collection?

There are dozens of priceless tiaras owned by the Queen and other members of the Royal Family. Many of the British aristocracy also own tiaras, wearing them at state banquets and on wedding days.

As well as tiaras currently in existence, there are a couple which have been dismantled to make other diadems. This includes The Surrey Fringe and The Nizam of Hyderabad.

Some tiaras have formed part of iconic moments in the history of the Royal Family. The Cartier Halo for instance, was worn by Kate Middleton on her wedding day to Prince William in 2011.

Similarly, the Queen Mary Diamond Bandeau was admired around the world thanks to it being the choice of Meghan Markle for her wedding to Prince Harry in 2018.

And it is the Lover’s Knot that is most often seen today, as it is a favourite of the Duchess of Cambridge. It was closely associated with Diana, Princess of Wales during her marriage to Prince Charles, so holds special significance for Kate.