“I wanted to express that kind of pure joy feeling,” Paco Rabanne creative director Julien Dossena tells me over the phone. “The primal sensation when you put your skin under the sun, the feeling you have when you are by the sea. Almost like a child.”

Dialing in from Monaco, France, fresh off of the filming of his spring 2022 collection, it’s clear Dossena is thinking of the future. Of a time where the sun will be shining, we’ll be drinking champagne with friends seaside, and wearing figure-hugging, pattern-filled looks while doing so.

Staged on the roof of Monaco’s Center of Congress, on Hexa Grace, the live installation of 24,000 tiles designed by artist Victor Vasarely, served as a bit of a jumping off point for Dossena. “When I think about Paco Rabanne and Vasarely, it’s that groovy feeling of having fun and being sensual,” says the creative director. “It’s light and relaxed and at the same time, super sophisticated, avant-garde and experimental. It felt like the place to encapsulate all that I wanted to express in the collection.” 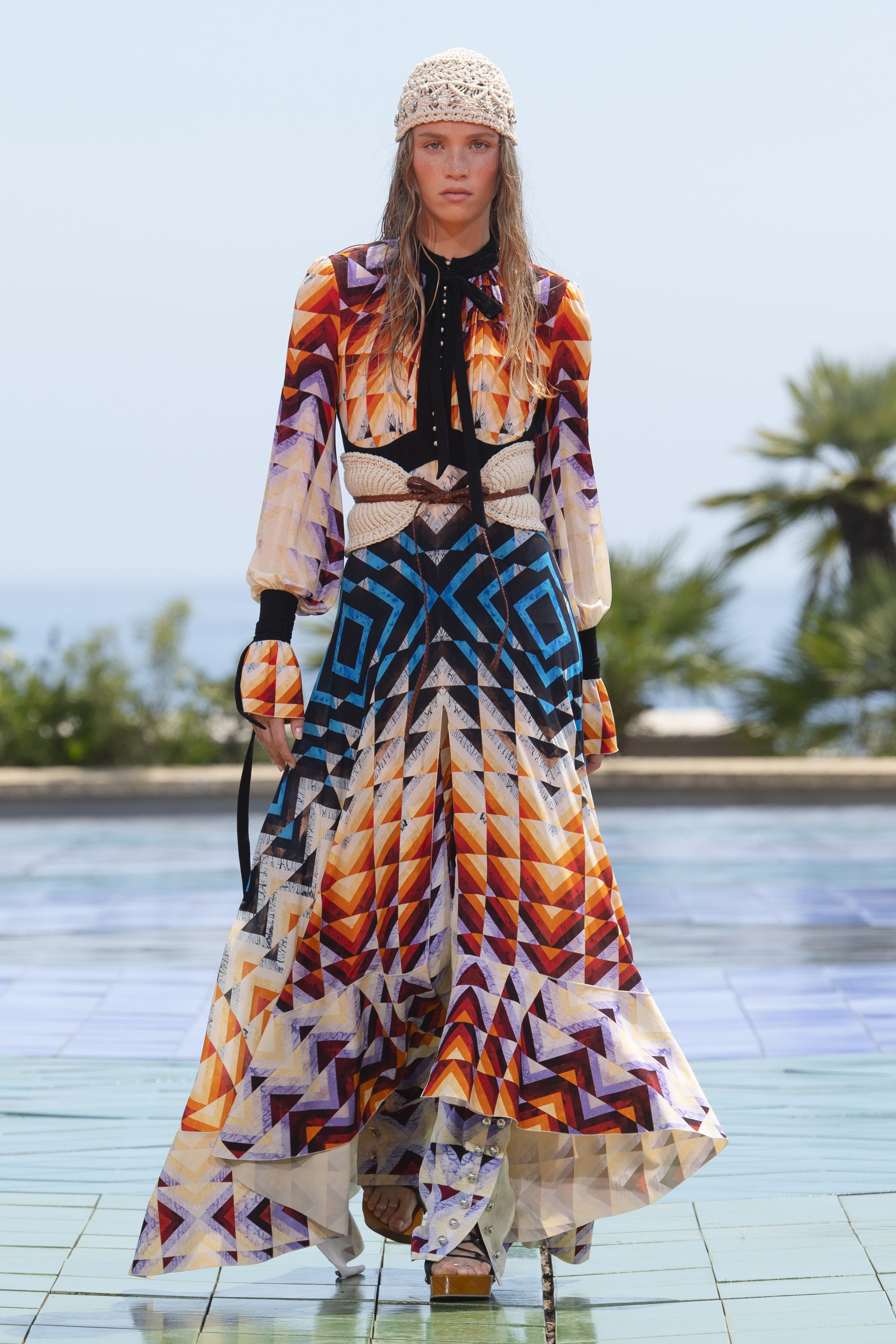 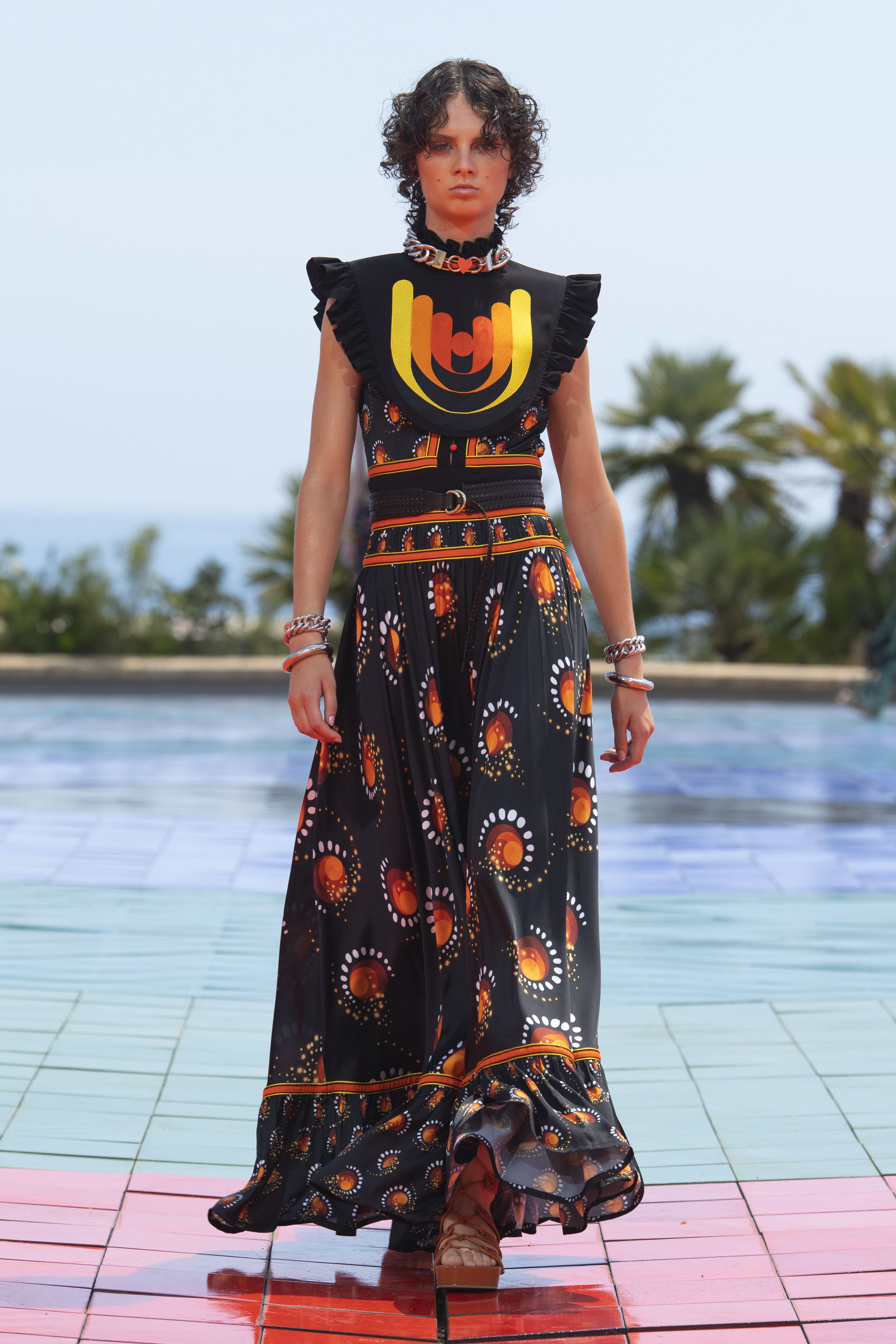 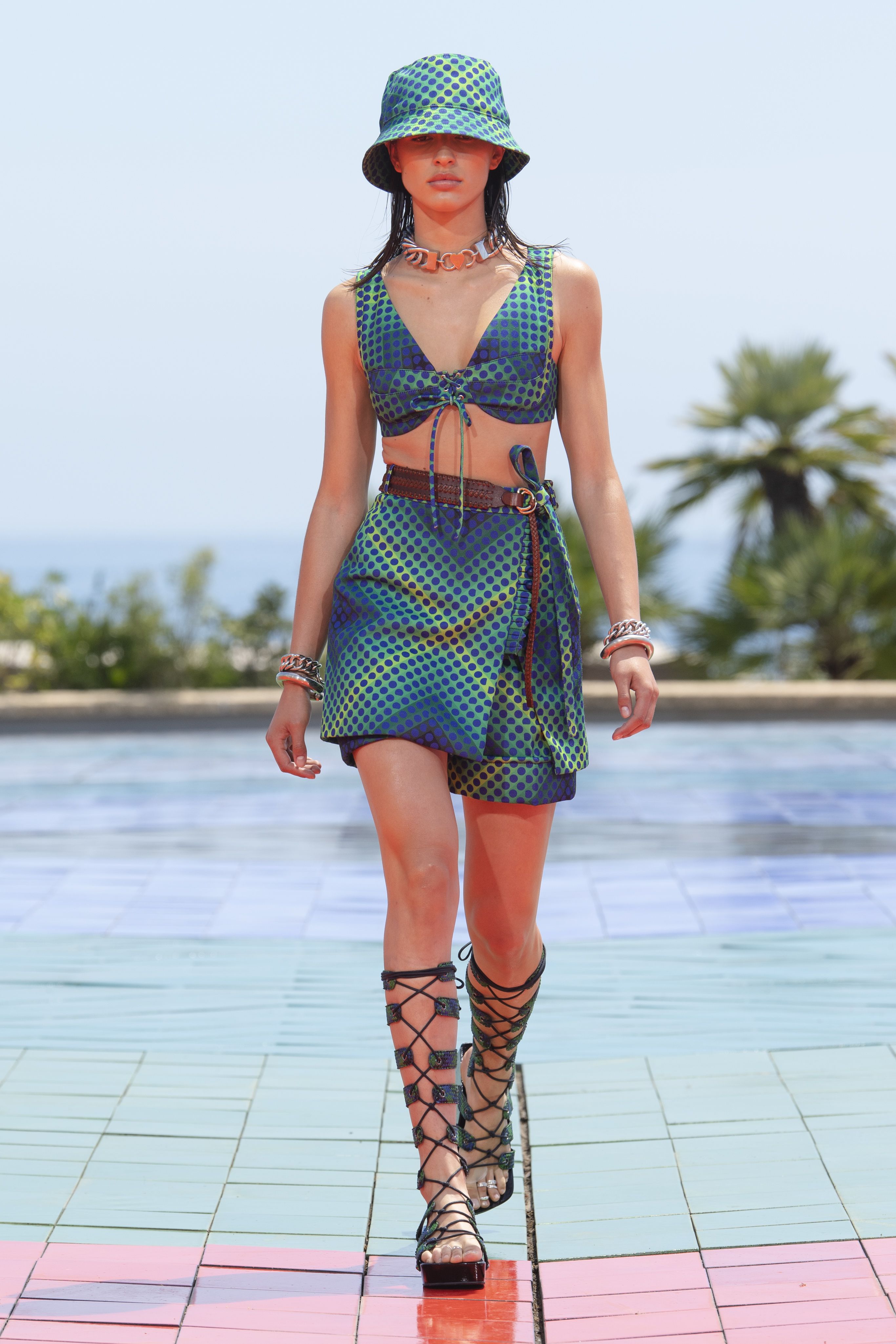 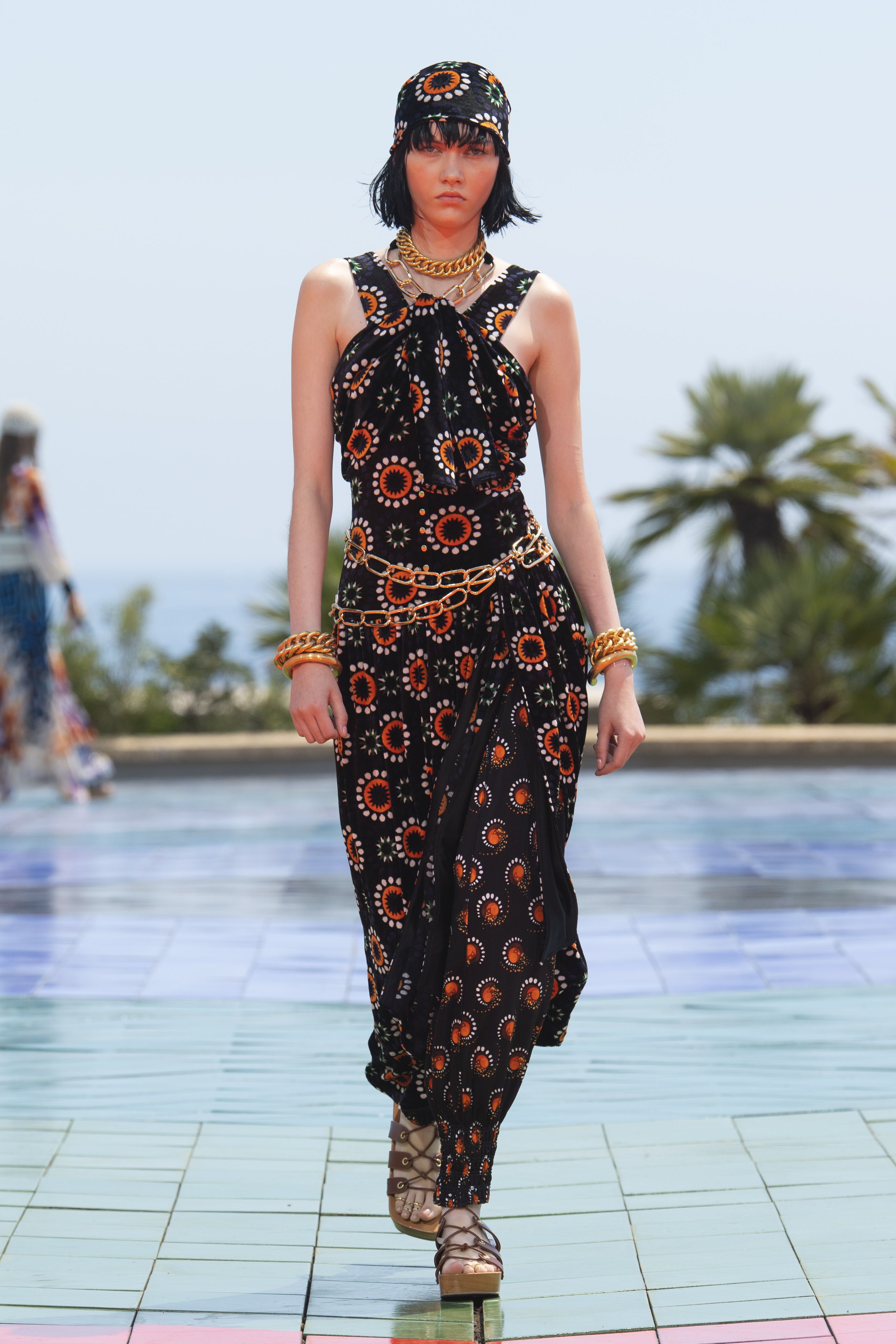 Filled with Dossena’s signature metal mesh, ’70s sunflower prints, macramé weaves, and of course, more kaleidoscope prints, this collection is the anthesis of quarantine dressing. “I saw the vaccine coming and that slowly but surely we’re going to get free again and we’re going to be out of this mess, so when I was designing, this projection is something that I held on to,” says Dossena. 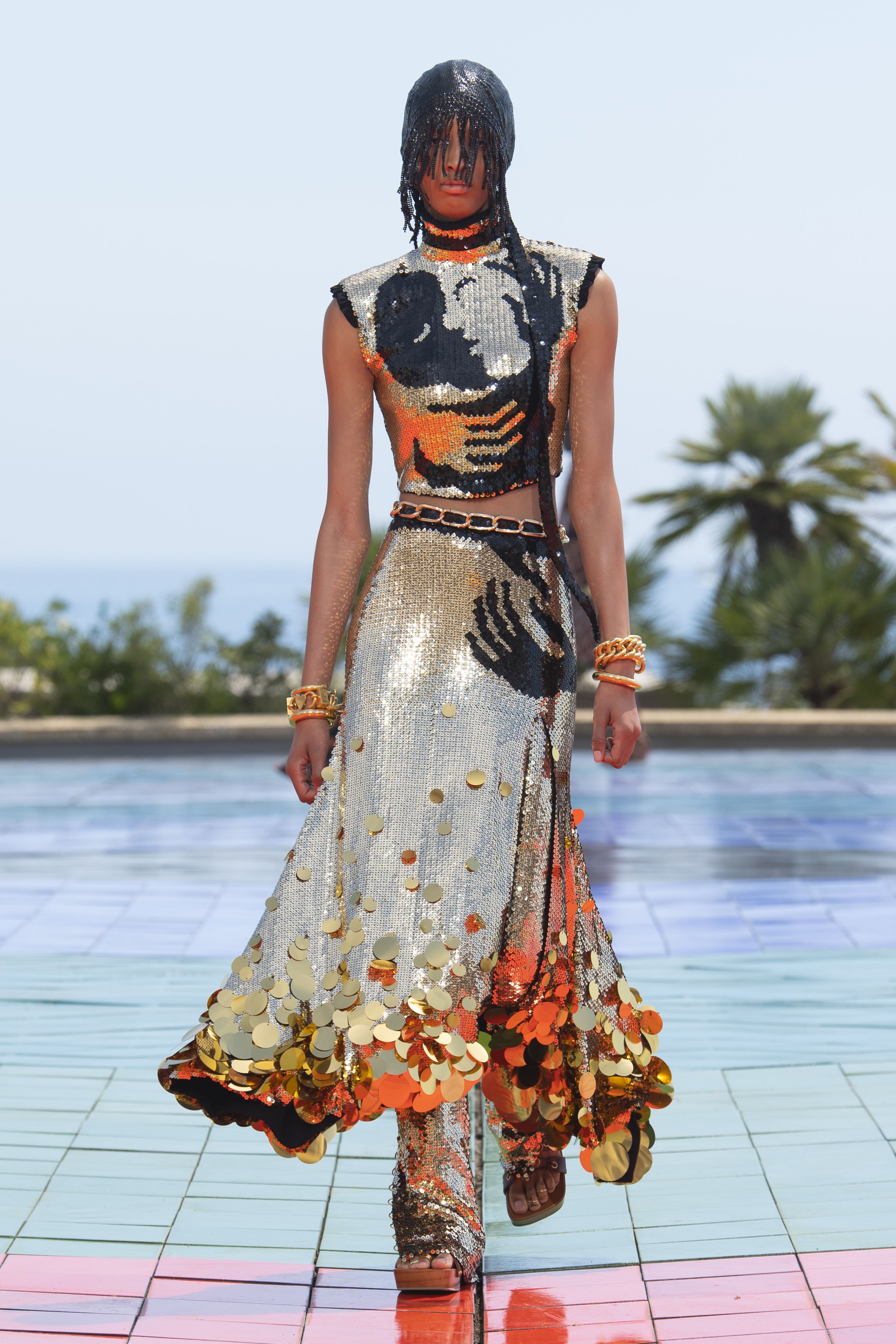 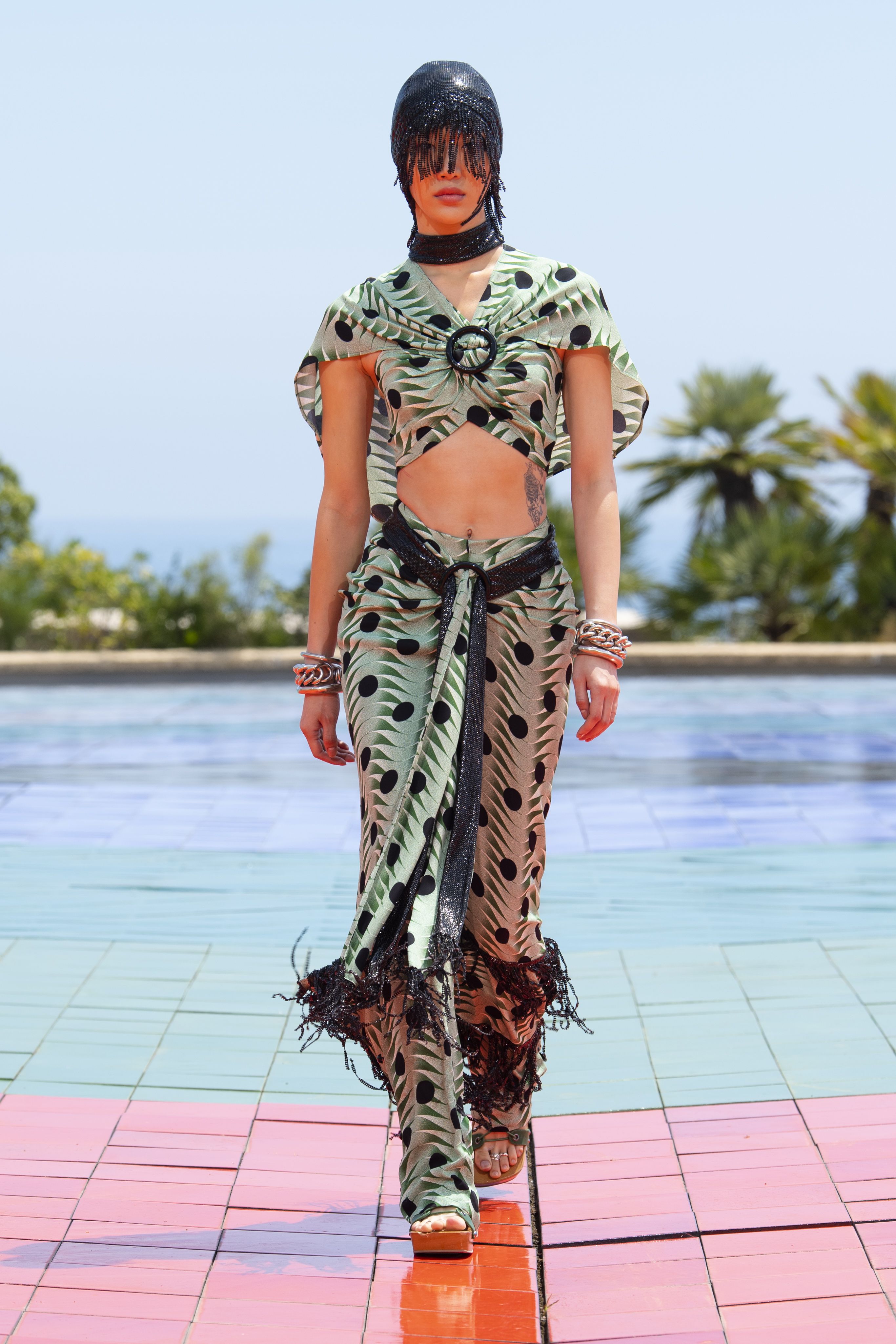 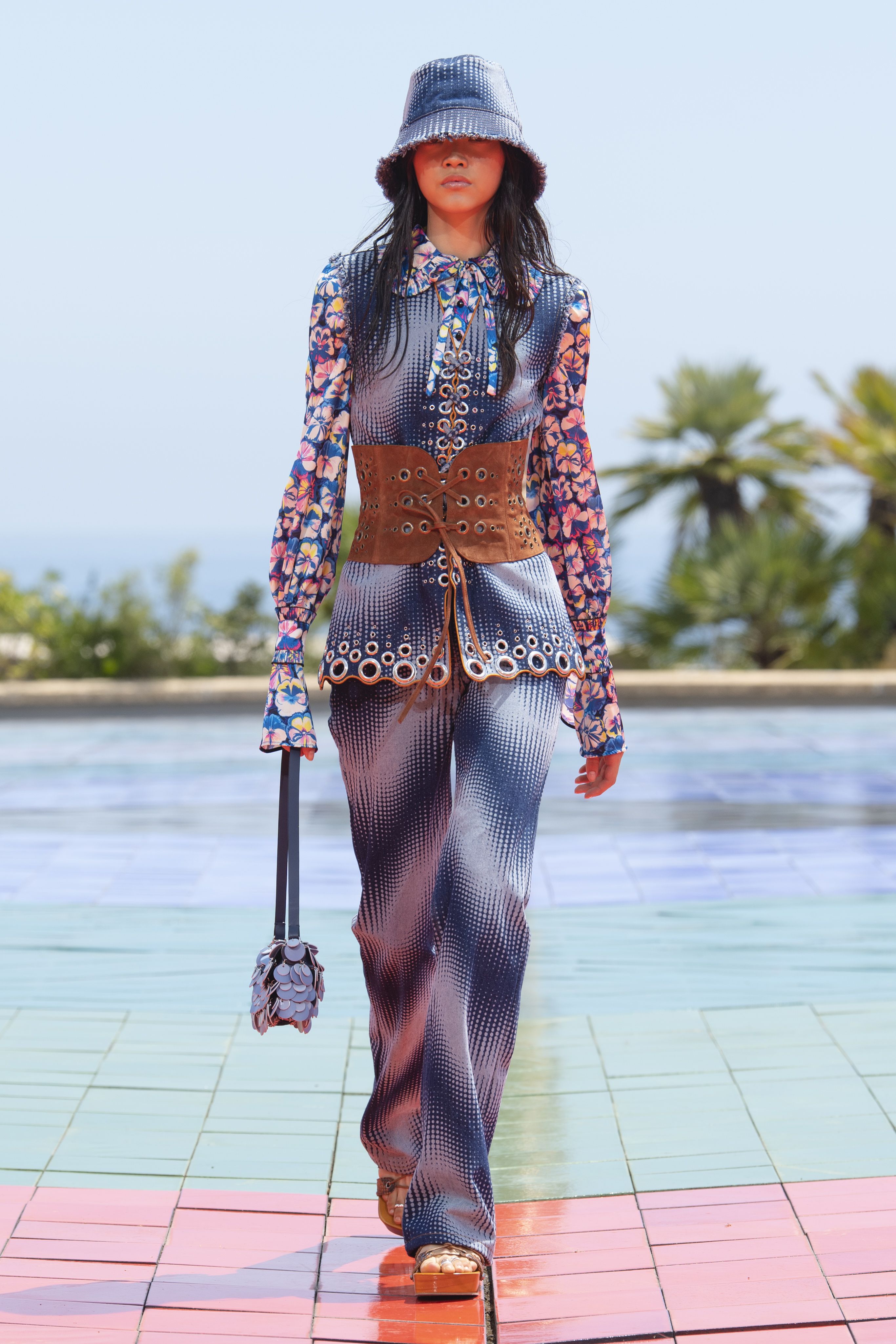 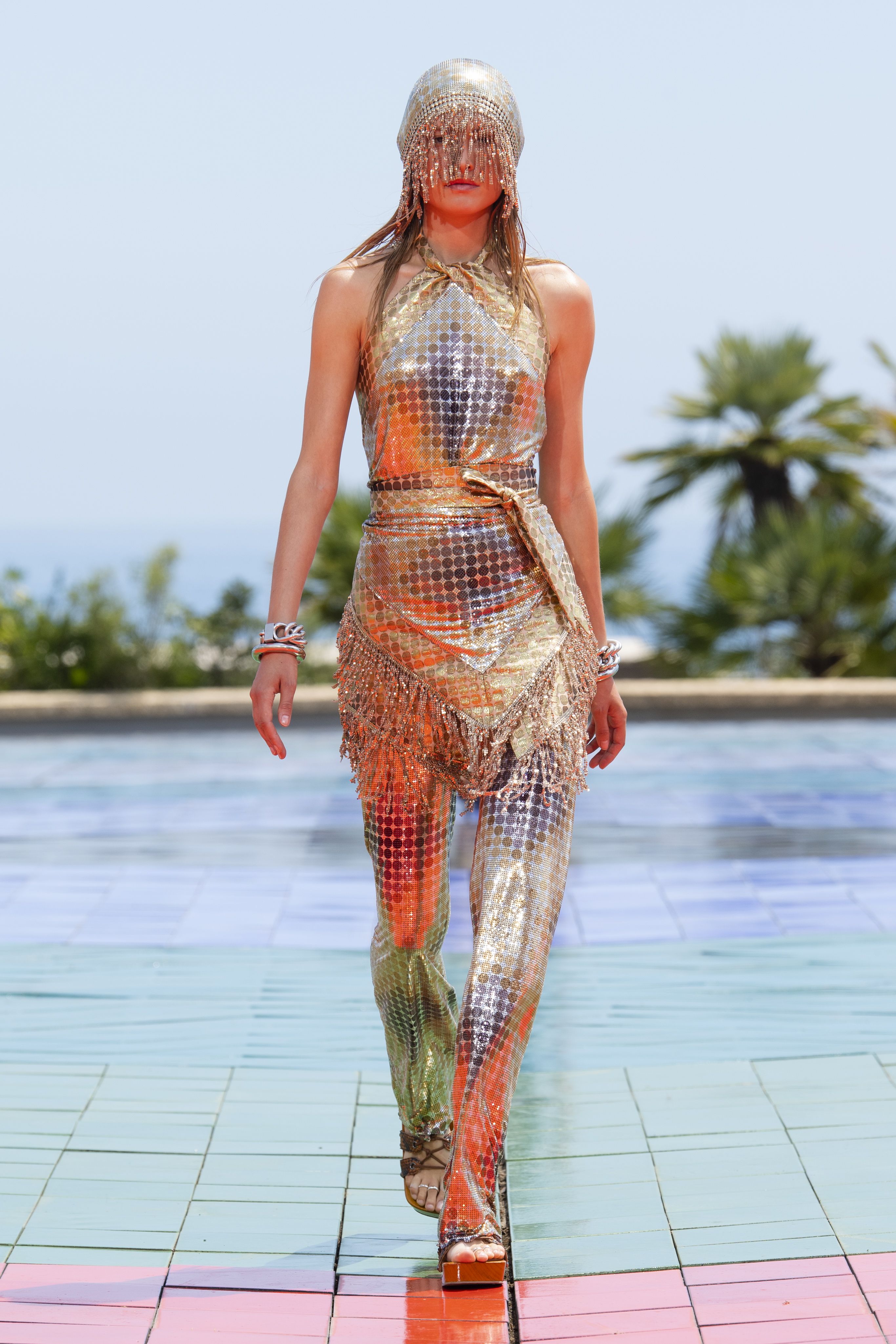 Ready and inspired to dress the jetset crowd who will be hitting the Mediterranean for the first time in 16 months, Dossena continued the show with languid, cut-out dresses, lace-up sandals, bucket hats, and other pieces that will take you from the beach to dancing all night and then back to the beach. “This is the first time that I’ve gone so far from Paris and I feel the sun and so happy and it’s exactly what I was imagining when I was designing. Now that it’s done it’s like my dreams came true.”