Tropical Storm Elsa couldn’t keep Kerby Jean-Raymond down. Two days after thunderstorms and flash flooding forced the cancellation of the Pyer Moss creative director’s couture debut, which was to be livestreamed from Irvington, New York, as the final show of Paris Haute Couture Week, attendees reconvened at Villa Lewaro Saturday for his triumphant redo. 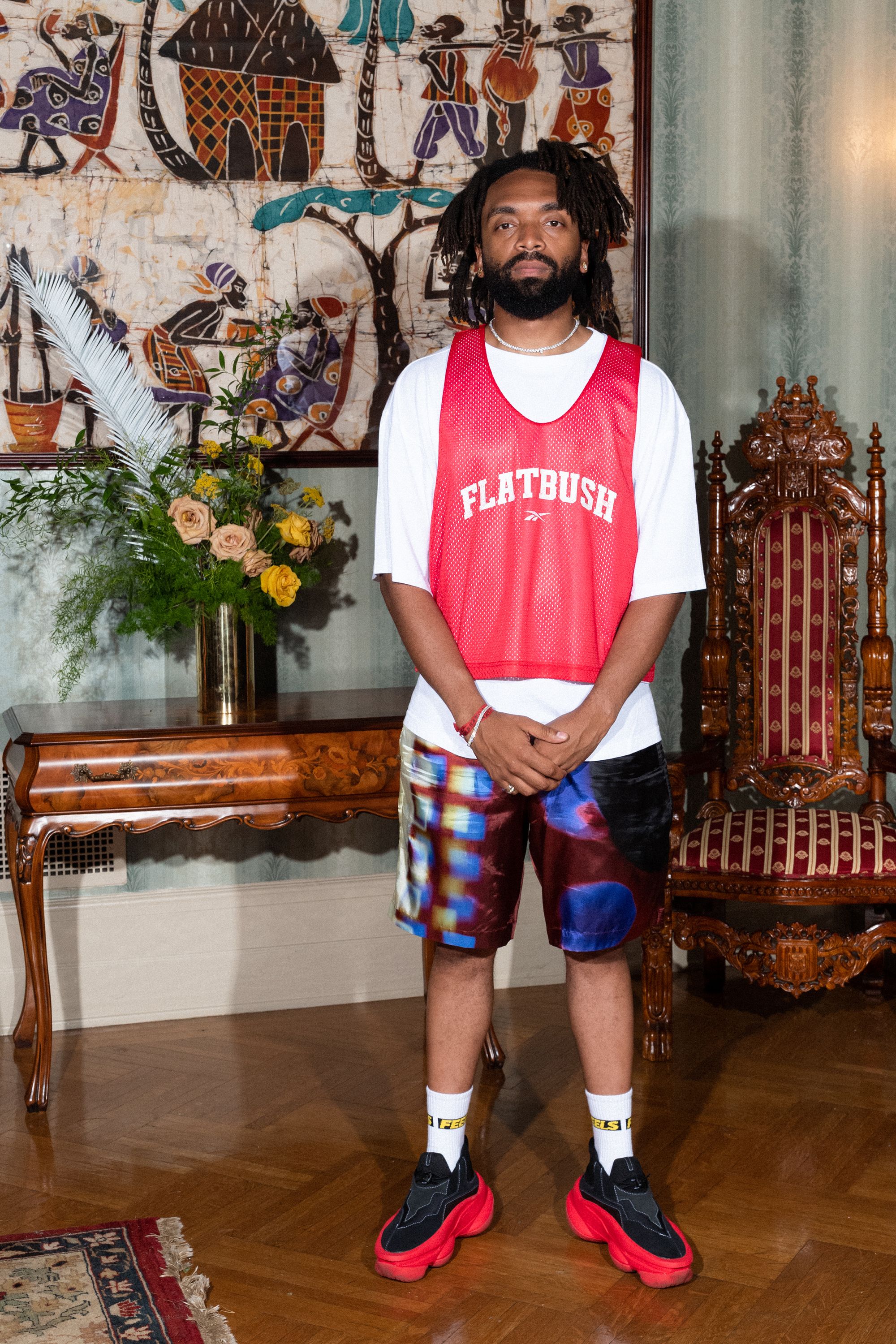 The Fédération de la Haute Couture et de la Mode, the governing body of French fashion, stretched the official calendar to accommodate this new coda. The schedule adjustment is just one small example of the many ways in which Jean-Raymond, a first-generation Haitian American and the first Black designer to present on the couture calendar in its 150-year-plus history, did so on his own terms. Since founding Pyer Moss in 2013, Jean-Raymond has consistently used his runway as a platform for a series of larger conversations about race, culture, and activism. 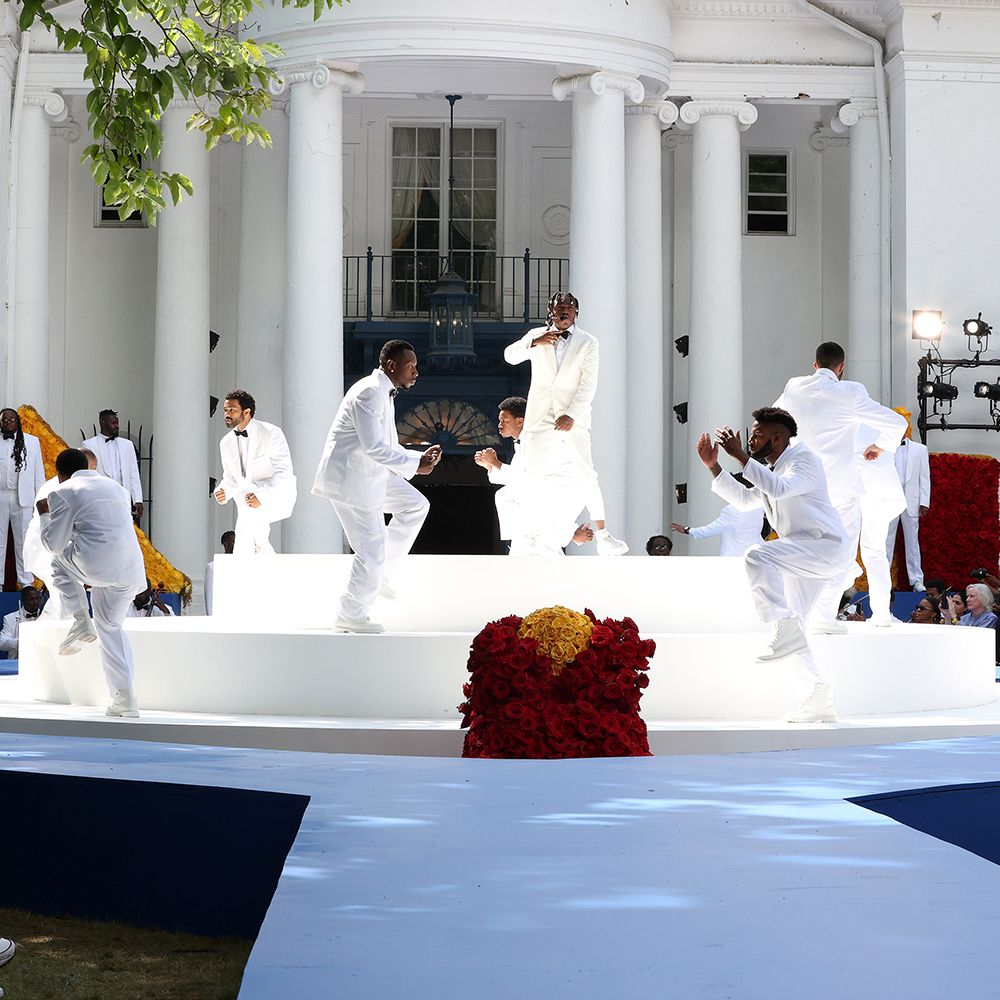 Jean-Raymond, who shows his ready-to-wear collections sporadically during New York Fashion Week, has chosen memorable historical locations in Brooklyn off the well-worn path. Weeksville Heritage Center, the site of one of the first free Black communities in the United States, and the former movie palace Kings Theatre, located near where he was raised in East Flatbush, are two recent venues.

For his Haute Couture Week debut, Jean-Raymond went even further off-piste, selecting Villa Lewaro, a venue more than 3,600 miles from Paris and 35 miles north of Brooklyn. The Palladian estate was built by Madam C. J. Walker (played by Octavia Spencer in the recent Netflix series), a daughter of slaves who became a beauty mogul and the first female self-made American millionaire. It served as an important meeting place for luminaries including W. E. B. Du Bois and Langston Hughes during the Harlem Renaissance. Pyer Moss shows shine a light on the often-overlooked role of Black individuals in shaping American history. The Kings Theatre show, which was inspired by long-unheralded rock ’n’ roll pioneer Sister Rosetta Tharpe, was the third in a trilogy titled American, Also., which explores the egregious erasure of Black people in the arts. 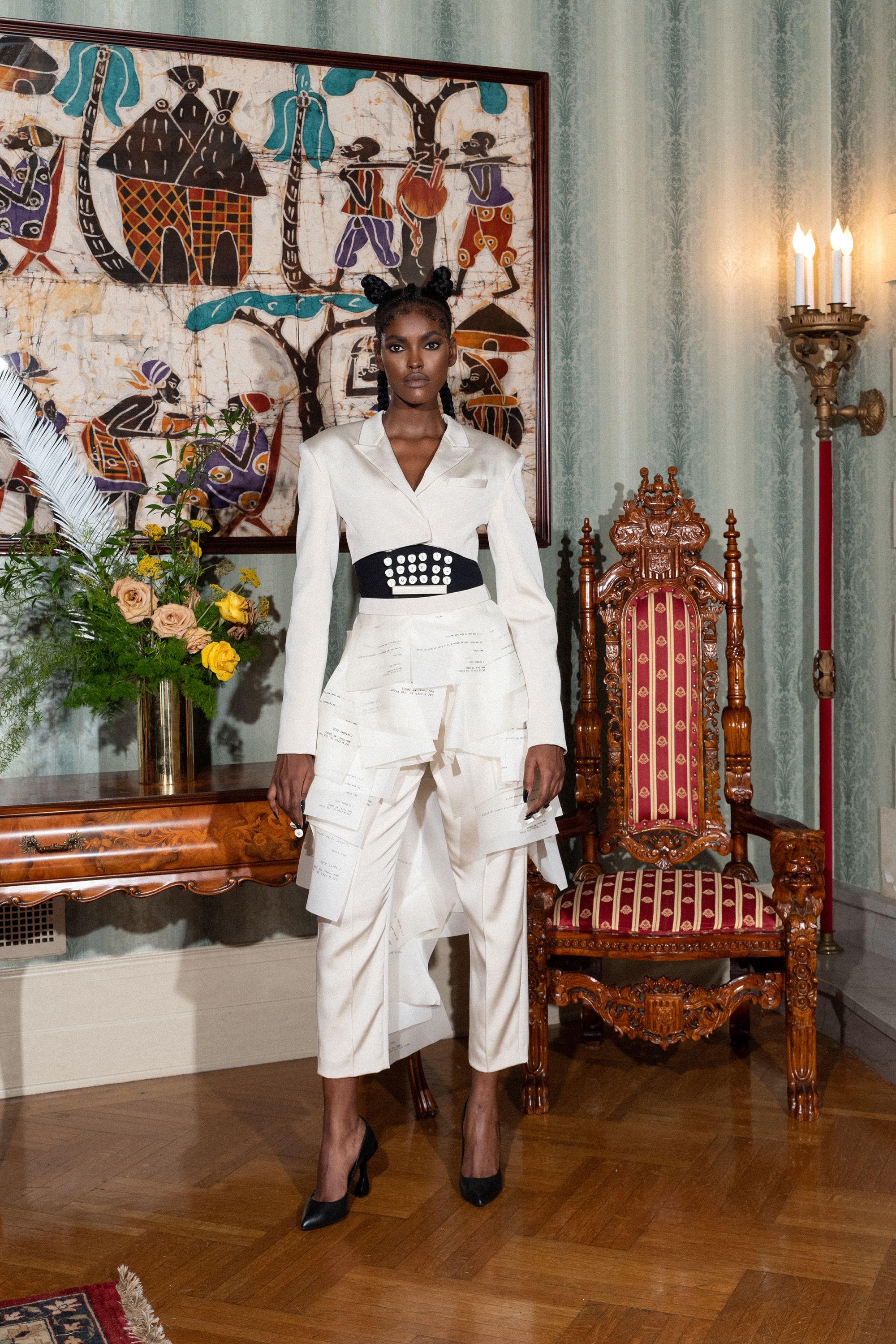 For his couture show, titled What U Iz, Jean-Raymond turned his attention to Black inventors. Each of the 25 looks took cues from Black inventions such as the horseshoe (Oscar E. Brown), a giant replica of which was held aloft by a model in an ice-blue pannier-hipped cutout gown. A fascinator in the shape of a lock (W. A. Martin) topped a gold paillette-encrusted minidress, while a white double-breasted suit with cascading ruffles of “paper” represented the typewriter (Lee S. Burridge and Newman R. Marshman). 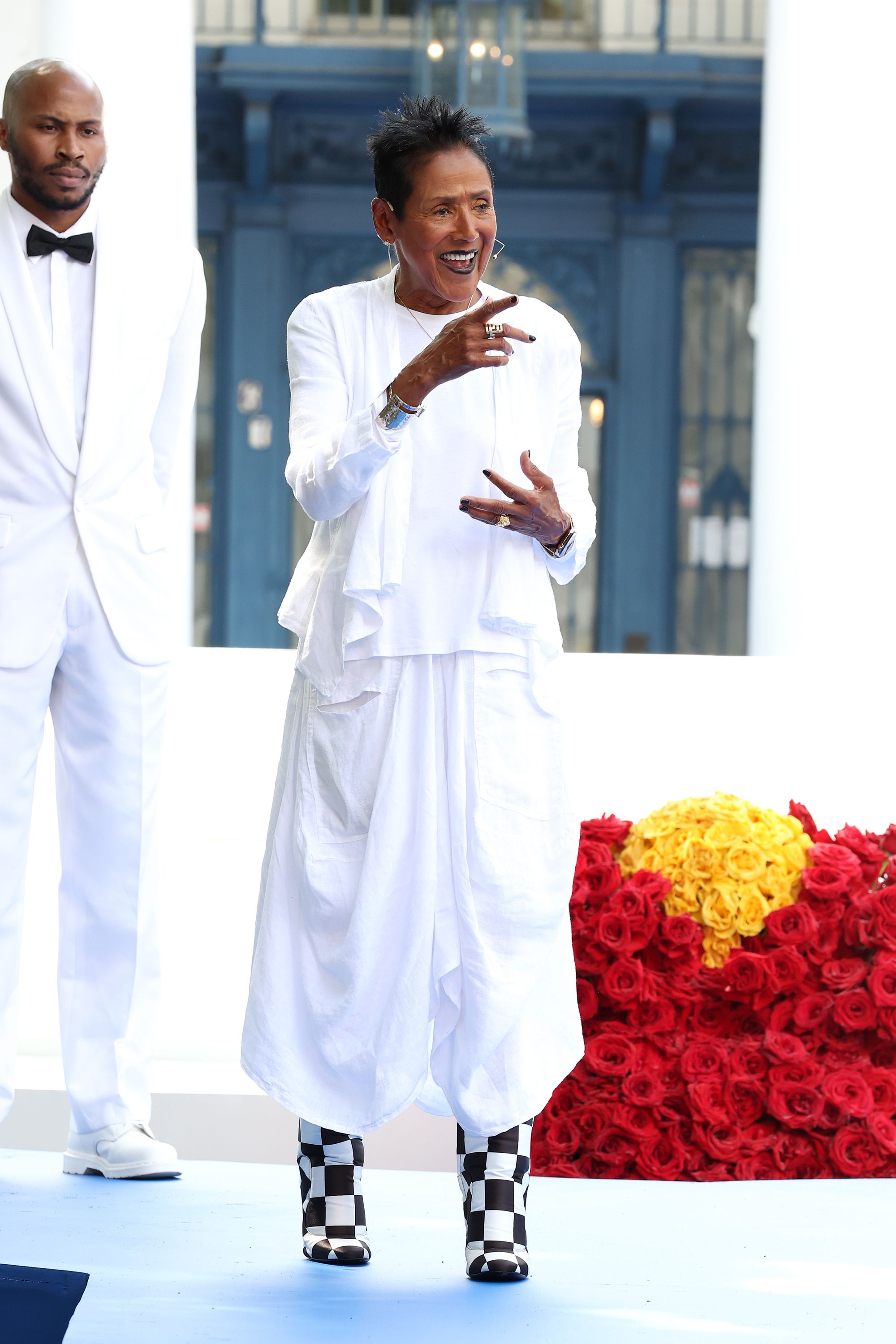 Elaine Brown, a former leader of the Black Panthers, kicked off the proceedings giving a rousing speech asking, “Where do we go from here?” She wore a white maxi dress and the latest Pyer Moss must-have shoe, a fluted heel boot patterned like a chess board (which originated in Africa). The show itself was a visual spectacular that featured performances by rapper 22Gz, a dance crew, a string octet, drummers, and a choir. This time around, the sun smiled on the beautiful celebration of Black excellence.