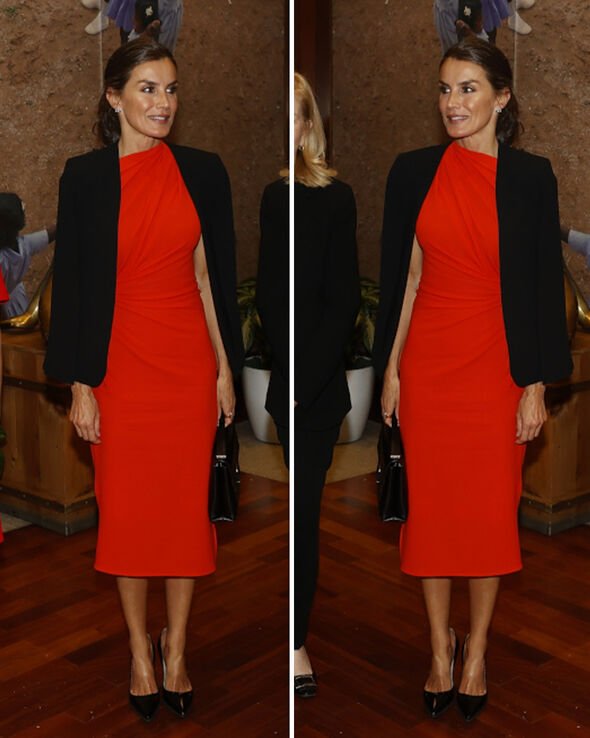 Queen Letizia wore an elegant red dress to participate in an event organised by UNICEF and WHO within the week of the United Nations General Assembly and the Secretary-General’s Summit for the Transformation of Education.

The Spanish monarch is the Honorary President of UNICEF Spain and the Ombudsman for Mental Health in Children and Teenagers.

Queen Letizia met the Director General of the World Health Organization (WHO), Tedros Ghebreyesus, and Executive Director of UNICEF, Catherine Russell, among others.

For the occasion, Letizia chose a red midi dress from Zara designed by Narciso Rodriguez.

The Narciso Rodriguez gathered dress is a linen piece with a wide neck and no sleeves, “gathered fabric detail” and an “invisible side zip fastening,” the Zara website explained. 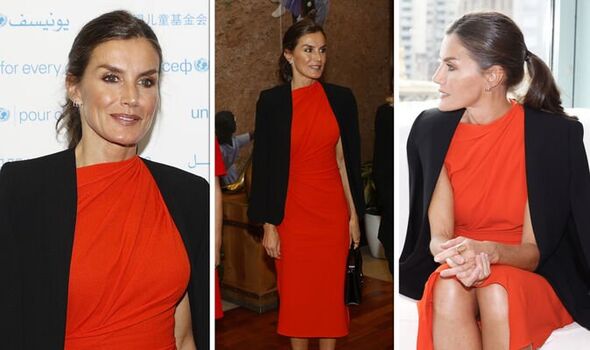 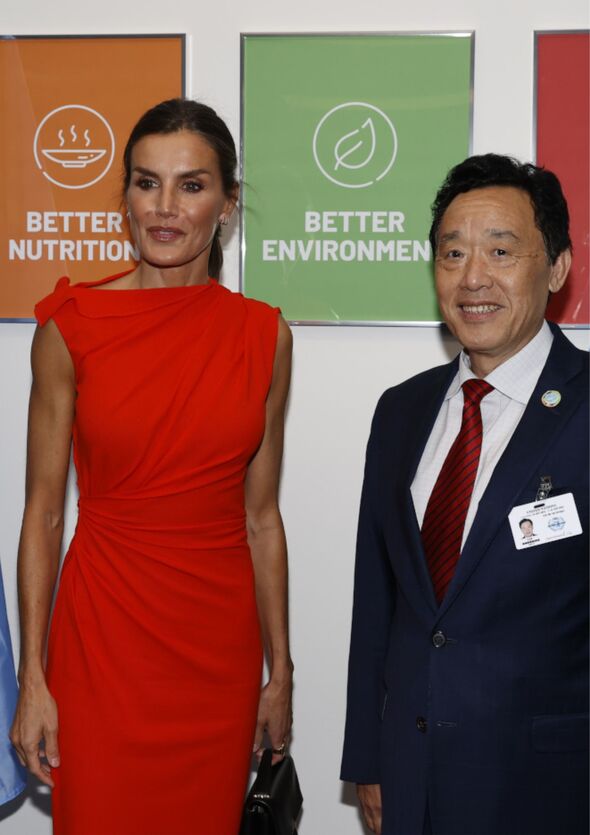 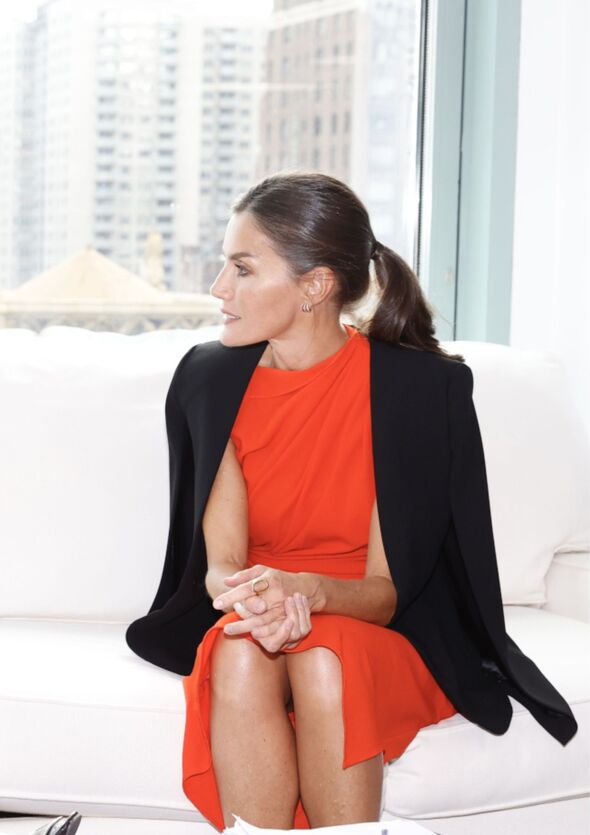 The dress, which retails for £158 is currently sold out but new stock is “coming soon,” the Spanish retailer announced.

Queen Letizia combined the gown with her Giorgio Armani black leather bag and a pair of black stilettos.

The monarch donned a pair of ethically made earrings from designer Gold&Roses: the Shewel Triple Hoops.

Royal watchers commented the Spanish Queen looked elegant and very beautiful in the ensemble during her trip to the United States.

Letizia also wore a black oversized blazer towards the end of the engagement and styled her hair in a neat ponytail.

The Queen actively supports the work of UNICEF and often participates in its activities.

Earlier this year, she was appointed UNICEF Defender for Mental Health in Children and Teenagers. 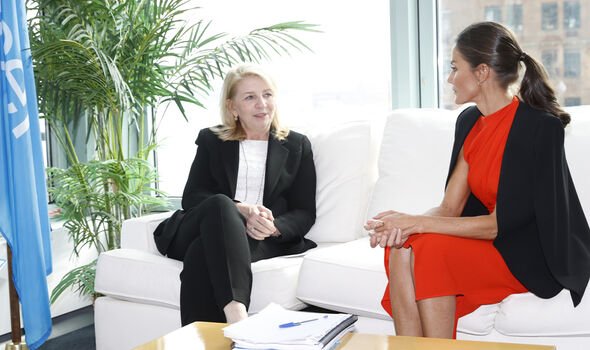 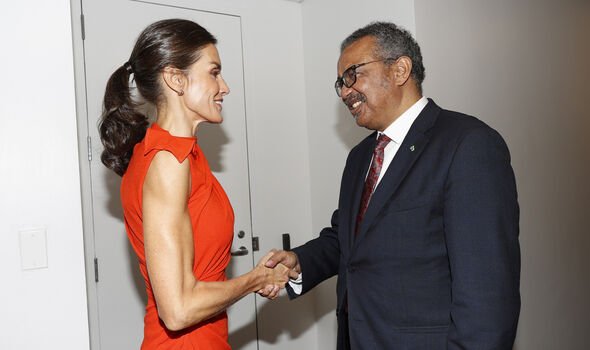 With her visit to New York, the monarch expanded her commitment to the organisation to help raise awareness of the problem of mental health.

She also obtained commitments to increase investment in this area and promote the well-being of children and their caregivers.

This was a solo trip for Queen Letizia, whom she was seen earlier this week with her husband King Felipe attending Queen Elizabeth’s funeral in London.

The royal couple travelled to the United Kindom to pay their respects with the former King and Queen of Spain, King Juan Carlos and Queen Sofia.

Other European royals are also in New York to attend the event, like Queen Rania of Jordan, who spoke during the Clinton Global Initiative annual meeting.

Queen Rania is also an international human rights advocate for the United Nations focusing on education and cross-cultural dialogue.