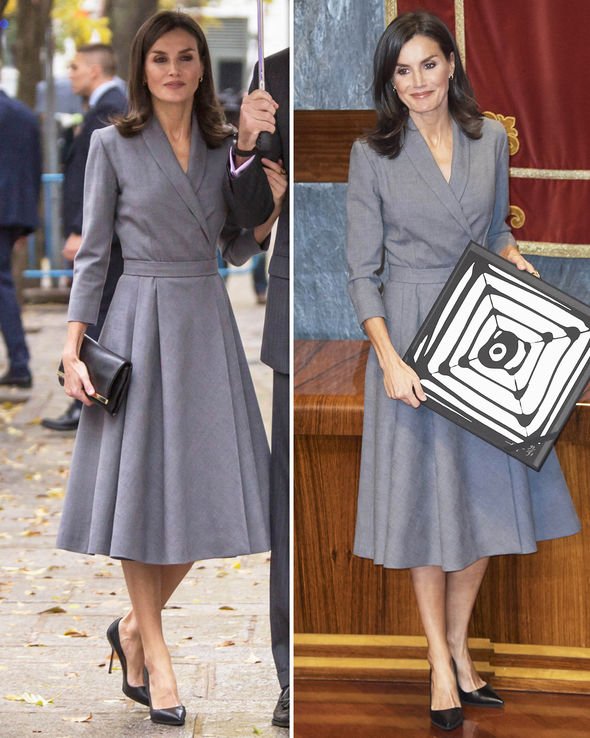 Queen Letizia of Spain turned heads at the Observatory against Domestic Violence and Gender’s awards with her husband, King Felipe, 51. She wore a timeless grey wrap dress which she has been seen in on a number of occasions before. The royal completed the look with a pair of eye-catching Manolo Blahnik snakeskin pumps.

Letizia waved to the crowd at the awards at the Sede del Consejo General del Poder Judicial.

Royal fans watch on as Leitiza received the award for Most Outstanding Personality and she was given the award by her husband.

Letizia then made a short speech of thanks in dedication to fighting domestics and gender violence and her support for the victims.

She dressed up the look with a pair of eye-catching designer Manolo Blahnik shoes, with similar pairs on sale for £1238. 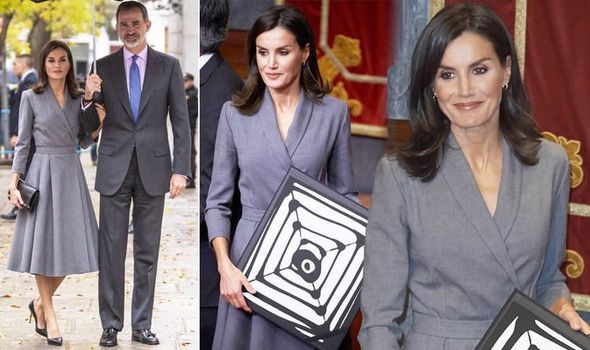 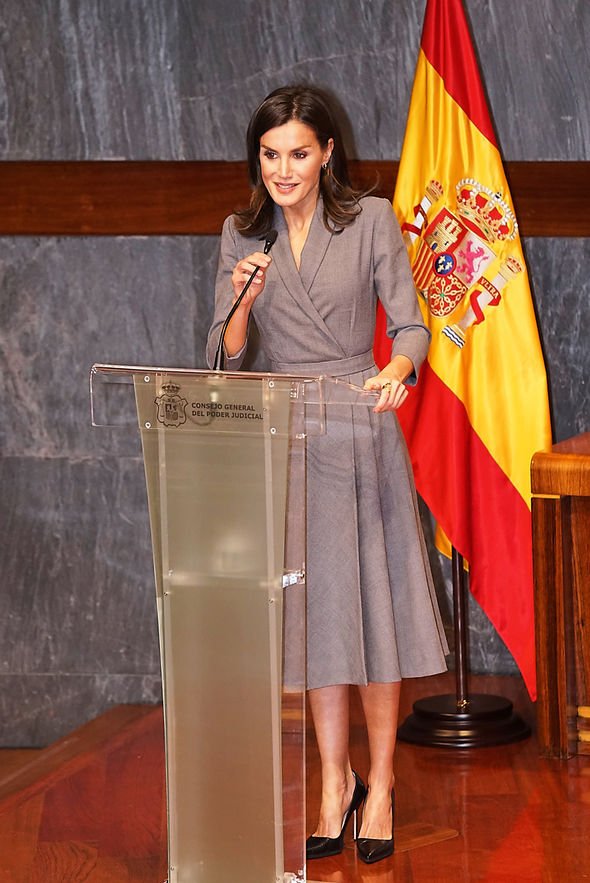 The black stilettos had a closed toe, custom rubber platform sole and were covered in a snakeskin print.

They also had a very high heel which elongated her slim frame.

She wore a checked grey shawl wrap dress which had long sleeves and a v-neckline.

The stylish monarch previously donned the dress for official events and wore it to the welcome reception of the Princess of Asturias Awards just last month.

The garment showed off her toned figure and pulled her in at the waist with a thick grey belt.

Her dress had a full pleated skirt which cut off at the knees giving a glimpse of her tanned legs.

Letizia kept the look classy and carried a small black leather bag in her hand.

The mother-of-two has used the Carolina Herrera ‘Astrud’ clutch bag many times over the last few years. 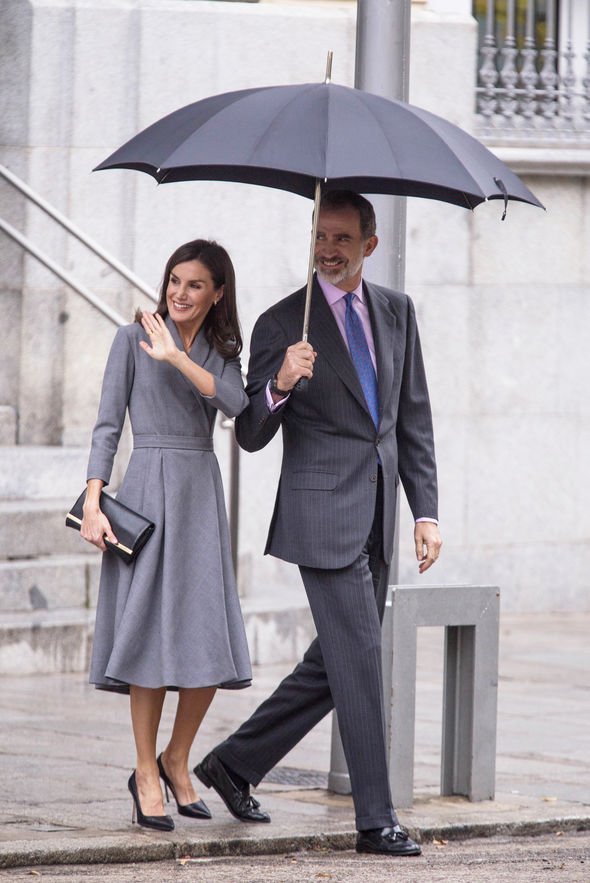 Queen Letizia dressed up the look with a small pair of gold bamboo design hoop earrings.

The royal kept her makeup simple with a slick of bronzer and a lashings of mascara.

Her short dark locks were styled into a straight blow-dry and rested on her shoulders. 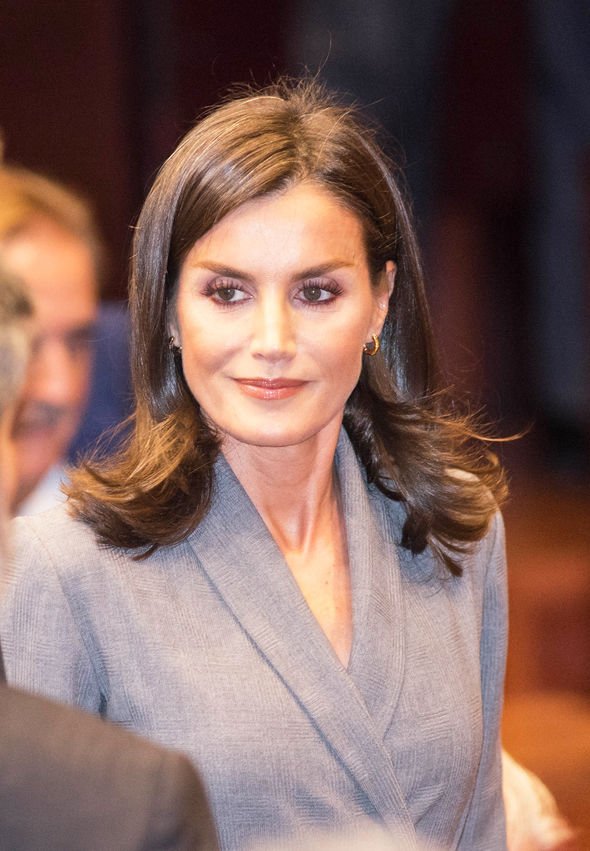 She attended the event with King Felipe who wore a smart grey suit with a pink shirt and royal blue tie.

Last week, she wore a multi-length pink and orange floral pleated dress at a Rastrillo Nuevo Futuro event in Madrid.