MILLIONS around the world followed the adventures of Harry Potter as he met a host of exciting witches and wizards when he went to study at Hogwarts.

But what happened to the stars after filming ended? This is what they are up to now (and many are unrecognisable)… 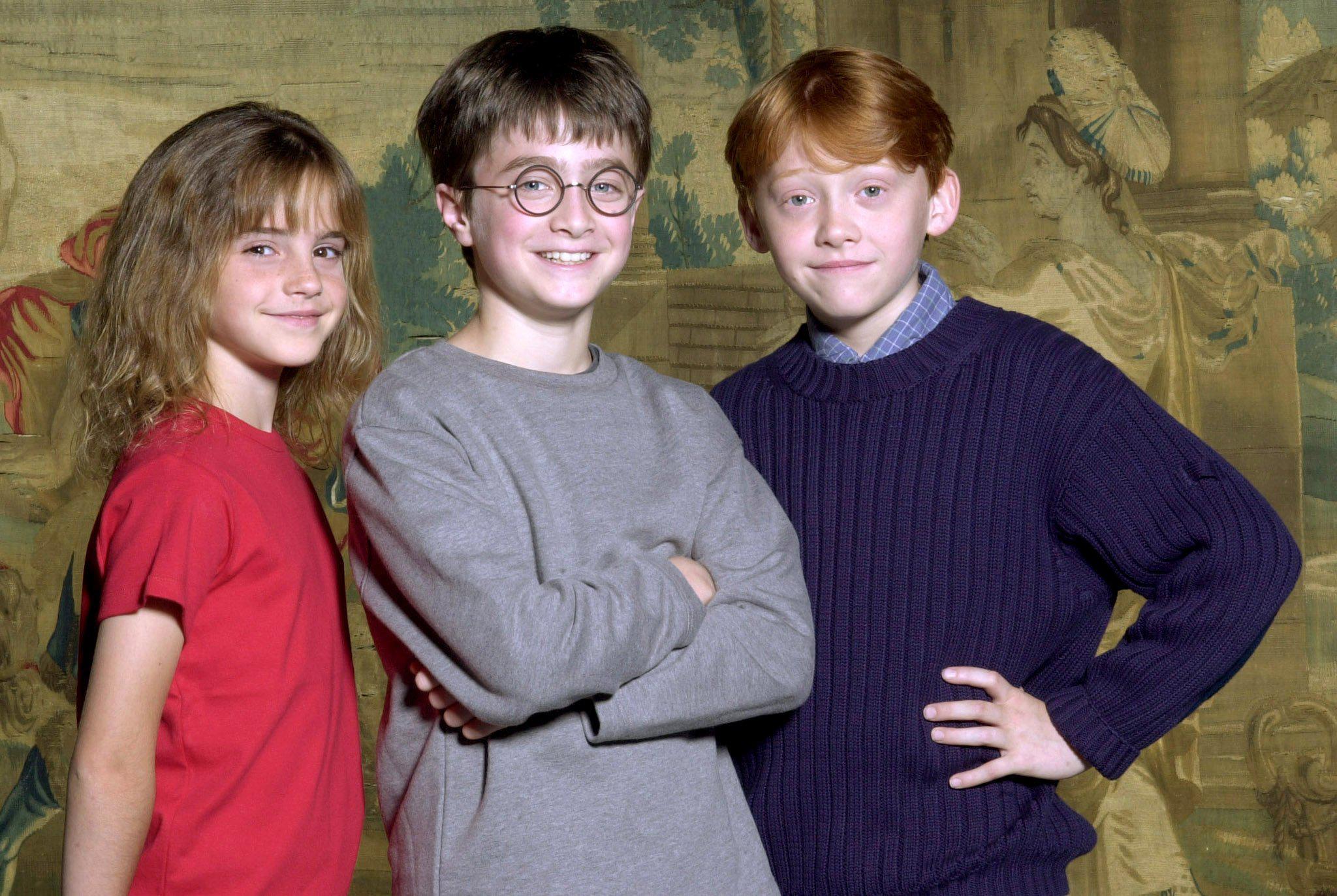 Scarlett Bryne, 26, is known for her role as Slytherin Pansy Parkinson in the sixth film in the Harry Potter series – Harry Potter and the Half-Blood Prince.

Her character also featured in the final two films of the franchise, but she has since switched playing Quidditch for posing for Playboy, and featured in the magazine earlier this year.

And it seems Scarlett’s appearance in the infamous mag may be a sign of her getting involved in the family business – as she’s engaged to Hugh Hefner’s son Cooper, 25. 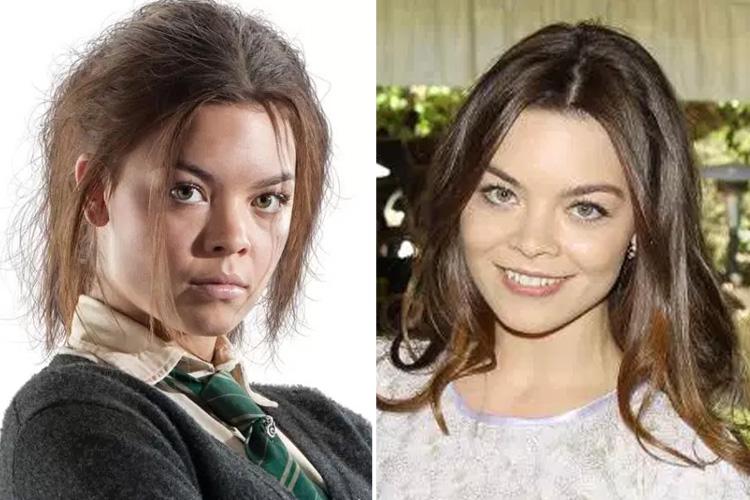 Actor Josh Herdman, who played the role of Goyle, looks virtually unrecognisable after taking a break to become a cage fighter.

He’s best known for his role as one of two thuggish henchmen of Hogwarts badboy Draco Malfoy in the Harry Potter movies – but now looks completely different to his on-screen character.

The 29-year-old star, who appeared in all eight films from the franchise, has swapped magic for the fighting ring after taking a break to start learning mixed martial arts. 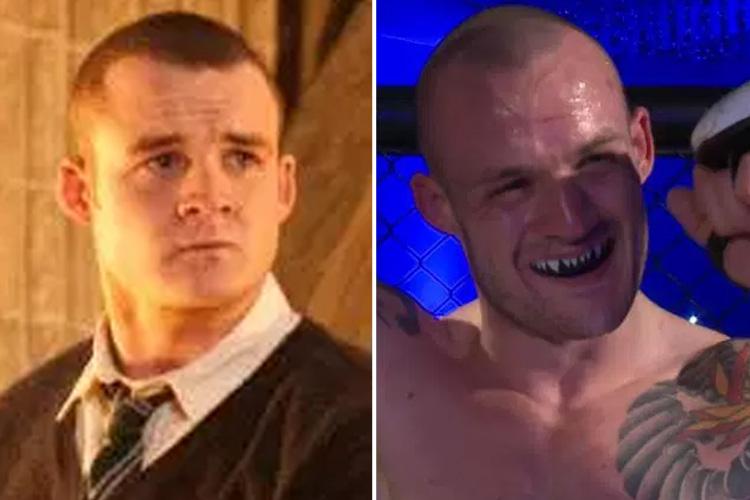 Keen-eyed fans will recall that Crabbe was mysteriously absent from the last Harry Potter film.

It was revealed the actor who played Crabbe, Jamie Waylett, had got into trouble after being arrested over cannabis possession, according to BBC.

Deviating from the books, character Zabini Blaise was used to make up Draco’s roguish posse. 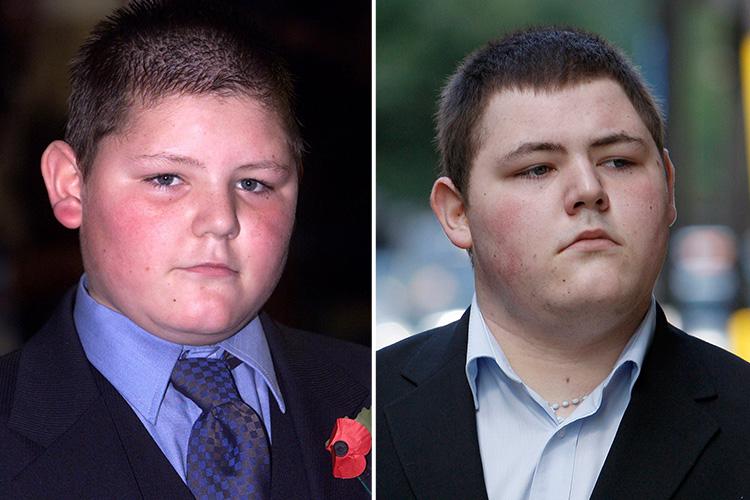 Harry Potter actress Danielle Tabor turned her back on the magical sport in favour of another discipline.

The London-based star, who played Angela Johnson in the first three wizarding films, is now a bodybuilder.

Danielle competes in bikini competitions as a hobby, and tracks her workout regime and food plans on social media. 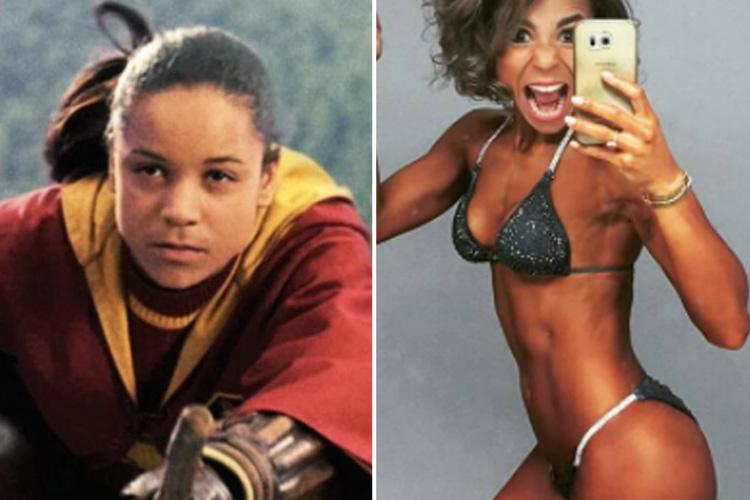 The actress who played Padma Patil in Harry Potter has grown up a lot in the five years since the series reached its conclusion.

Over a decade ago, Afshan Azad took up the role of the Patil twin, a girl that was in the same year at Hogwarts as Harry, Ron and Hermione.

Ten years on, the beauty has attracted over 136,000 followers on Instagram and works as a beauty and fashion influencer.

Even though Afshan hasn’t starred in anything since her role in the Harry Potter films, hundreds of fans still leave her support on social media. 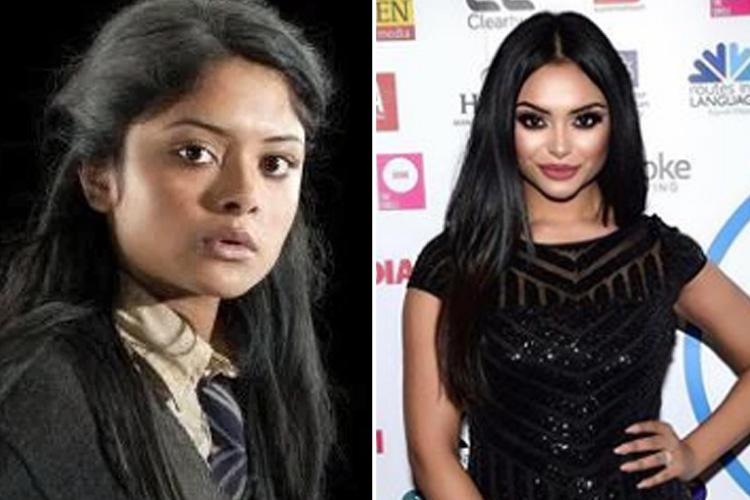 Buck-toothed character Neville Longbottom, who was played by Matthew Lewis in the films, is now completely unrecognisable.

His chubby cheeks are nowhere to be seen now, as he’s grown up and got very, very ripped.

Not only did he send pulses races with a saucy underwear photo, he also sent This Morning viewers swooning when he was interviewed by Ruth Langsford and Eamonn Holmes.

You may remember he starred in the movie Me Before You, alongside Emilia Clarke and Sam Claflin. 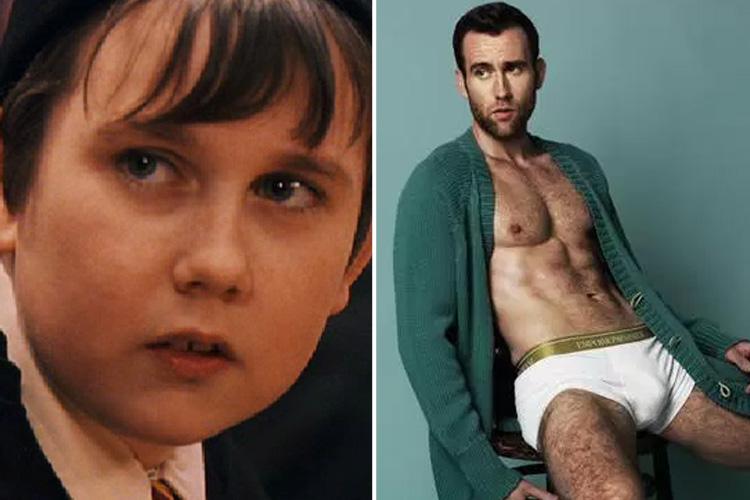 Remember the wisecracking Weasley twins from the Harry Potter movies?

The redheaded duo, Ron’s older brothers, appeared in all eight of the wizard movies and were played by twins James and Oliver Phelps.

They were just 14 when they auditioned for the roles of Fred and George Weasley mainly, Oliver has said, “to get a day off school.”

Now 30, and free of their ginger locks, the twins look nothing like the young jokers of the early Potter days.

They are still acting and played two constables in a movie called Own Worst Enemy. 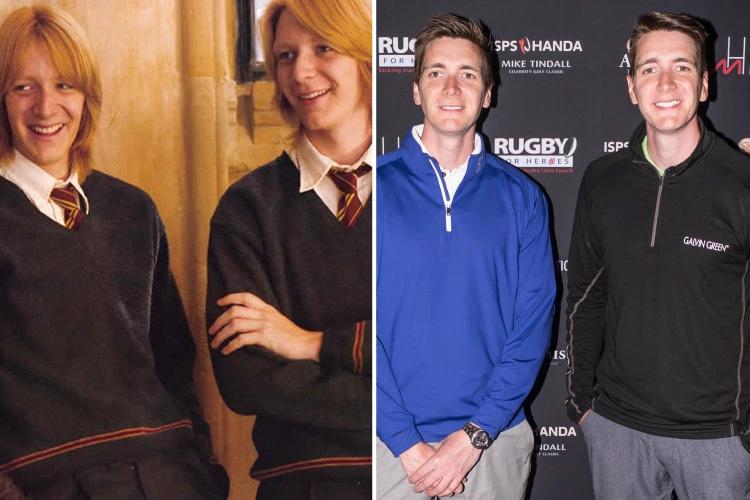 Evanna Lynch made her film debut a decade ago when she appeared in Harry Potter And The Order Of The Phoenix.

Since starring in the world-renowned series, she has made appearances in TV shows Sinbad, Apex and Danny and the Human Zoo.

She has also landed parts in G.B.F., My Name is Emily and It Don’t Come Easy. 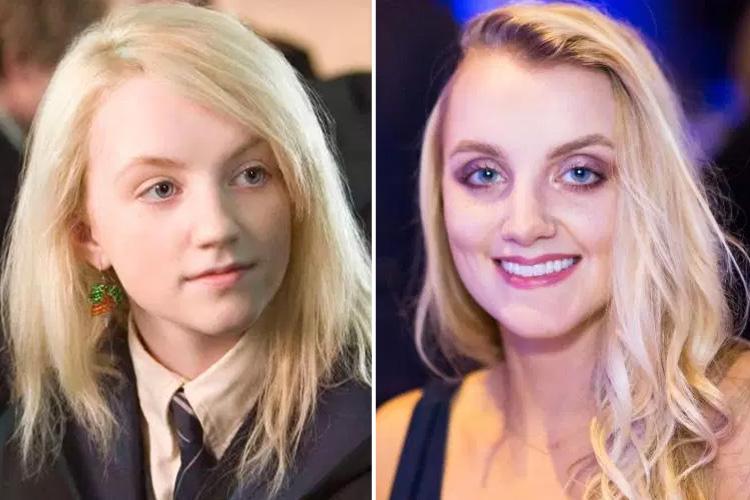 And the eldest Weasley son has gone from strength to strength after his magical role.

He’s starred in About Time, The Revenant and took on the role of General Hux in Star Wars: The Force Awakens. 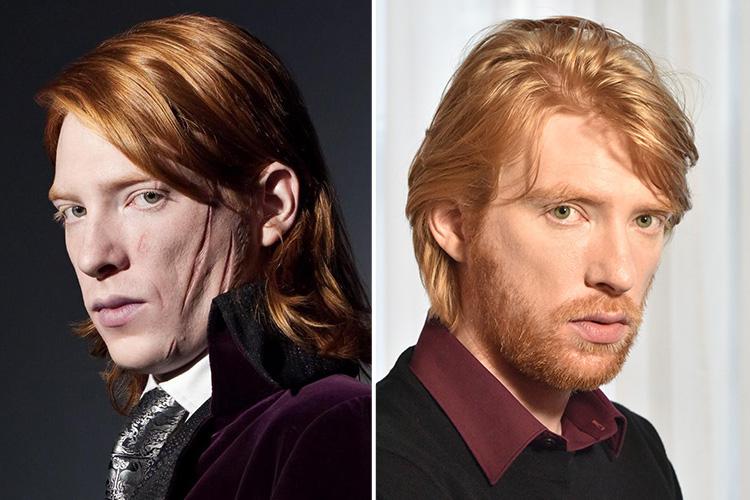 Benedict Clarke was just 15 when he landed the role of the young Severus Snape in Deathly Hallows: Part 2, which hit screens in 2011.

Benedict played the young version of Alan Rickman’s character, Professor Snape, as it was revealed he used to be in love with boy wizard Harry’s mum Lily Potter.

In the years which followed the final Harry Potter flick, Benedict continued his acting career and starred in a number of short films.

He played Andrew in 2014’s Andys and the part of Kyle in In The Wake Of Sirens.

Now the 20-year-old seems to have put the acting on hold and is studying at Cambridge University…. and he looks very different.

He takes arty snaps of his Cambridge college St Catharine’s and posts to his 29,000 followers and appears to travel frequently around Europe. 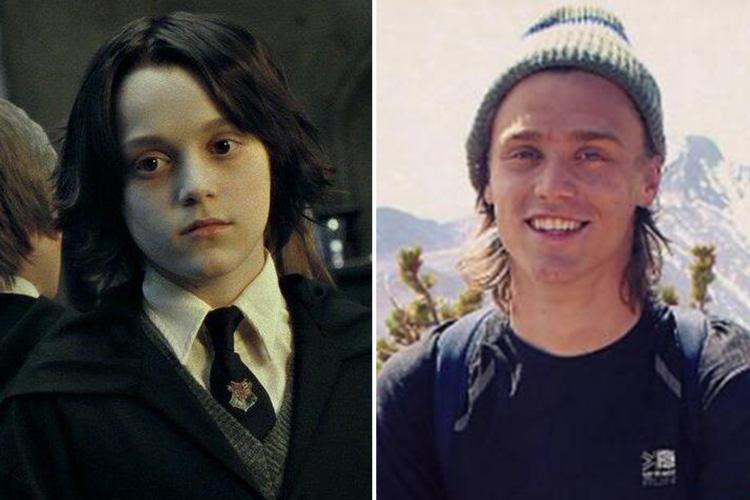 The Hogwarts schoolboy was played by a young lad who glories in the name Hero Fiennes-Tiffin – which is more fantastic than most of the Potter characters’ monikers.

Hero, son of film director Martha Fiennes and nephew of actors Joseph and Ralph, starred in the sixth Harry Potter film at the tender age of 11.

Eight years on from the release of the film someone seems to have cast a transformation spell on Hero – and made him seriously hot.

The 19-year-old, from Battersea in London, is now a model as well as an actor, and has been signed to top model agency Storm.

A few years after Harry Potter, Hero starred as the young Charlie in Private Peaceful, and he’s currently working on a new film, The Man In The Box, which is set in Nazi-occupied Austria during World War II. 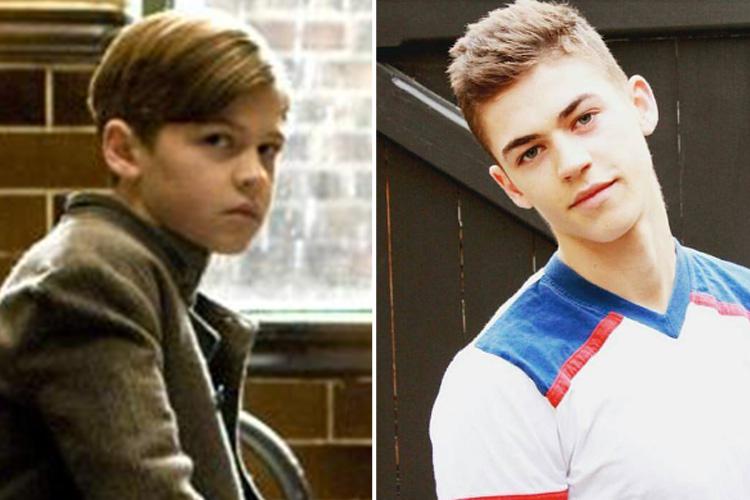 Not only has he grown out his hair into a tousled style, he’s also covered his body in impressive inkings.

There’s no doubt that his acting career is less hectic since his part in the Academy Award-winning film franchise, but he has featured in a number of different roles since.

In 2011, he played the role of Angel Yakimov in crime drama Undercover as well as bagging a part in British thriller film Resistance in the same year. 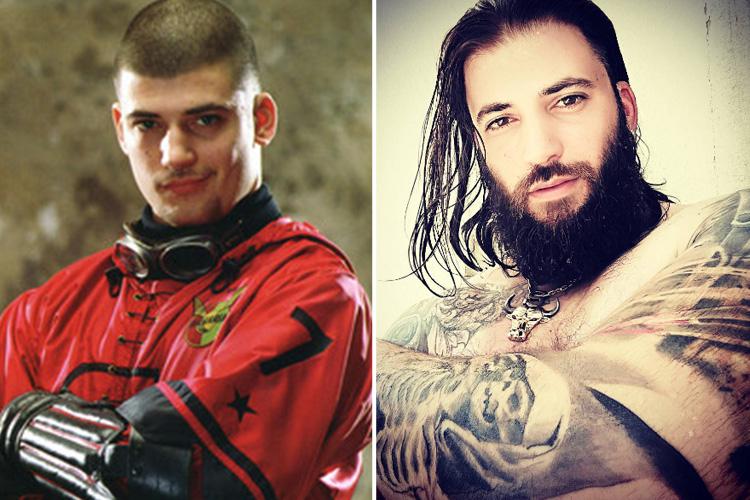 Alfred has undergone a dramatic image overhaul since the movie franchise wrapped and has gone on to star in a number of hit TV programmes including Broadchurch, Mount Pleasant and Sherlock.

He is currently starring as Wes Gibbons in the ABC legal drama, How To Get Away With Murder.

However, the London-born star, who graduated from the University of Oxford with a degree in Portuguese and Spanish, admits he’s still recognised for the Harry Potter role.

“Sometimes people are like, ‘Hey, you played Dean Thomas!’ and I’m like, ‘Wow, you actually know!'” he said. 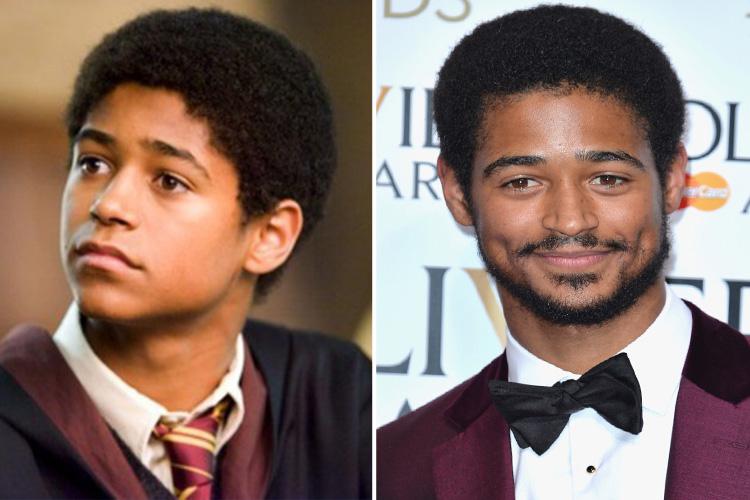 Girls swooned over Scottish actor Sean Biggerstaff, who was cast as Quidditch captain Oliver Wood when he was 17.

He’s since swapped the magical sport for a string of on-screen credits, including winning Best Actor Scottish BAFTA in 2007 for his role in BBC4 TV movie Consenting Adults.

More recently he’s starred in two short movies, The Exit and Enora, and in the 2016 film Whisky Galore, alongside Eddie Izzard. 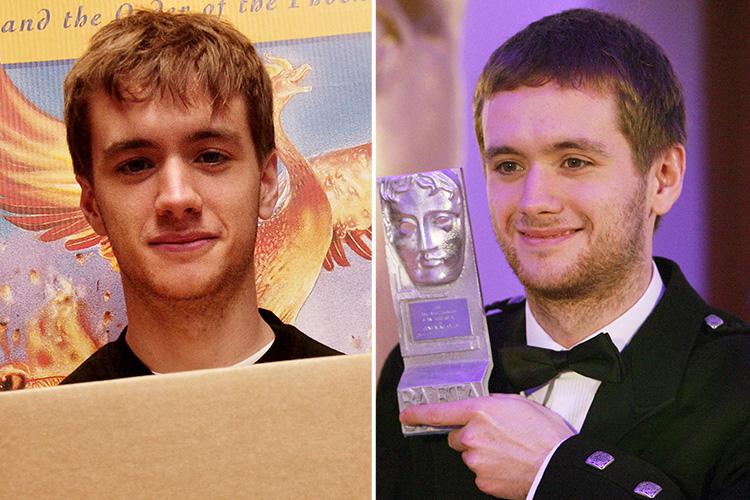 Child star Ellie went on to star in the 2012 Doctor Who Christmas special and started working as a model, voice-over star and advert actress.

She is now a competitive ballet, jazz and contemporary dancer and, hilariously, a fan of Muggle Quidditch – a bizarre sport often played by university societies. 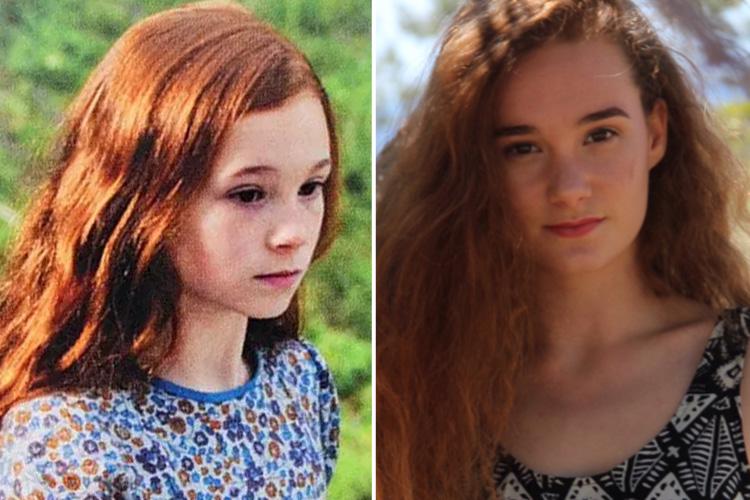 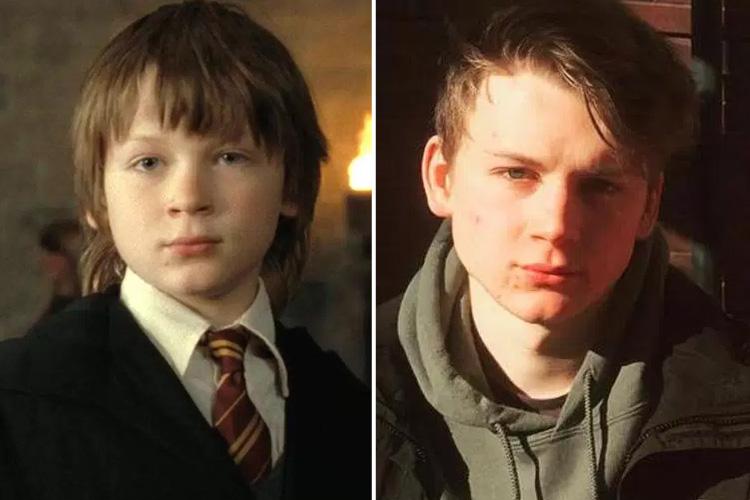 Alfie, meanwhile, went back to his normal life.  He now lives in West London where, according to Wikia, he is one of six kids – and has two dogs and a cat.

The teen is currently travelling in Thailand – along with hundreds of other Brits his age.

One things for sure – both youngsters look dramatically different from their big breaks in 2011.

For more throwback stories, you won't believe what teenage Jenna from 13 Going on 30 looks like now.

And the twins who played Ross and Rachel's baby Emmain Friends is all grown up now… and this is what they look like.

Plus the actor who played Big John in The Inbetweeners is totally unrecognisable now.