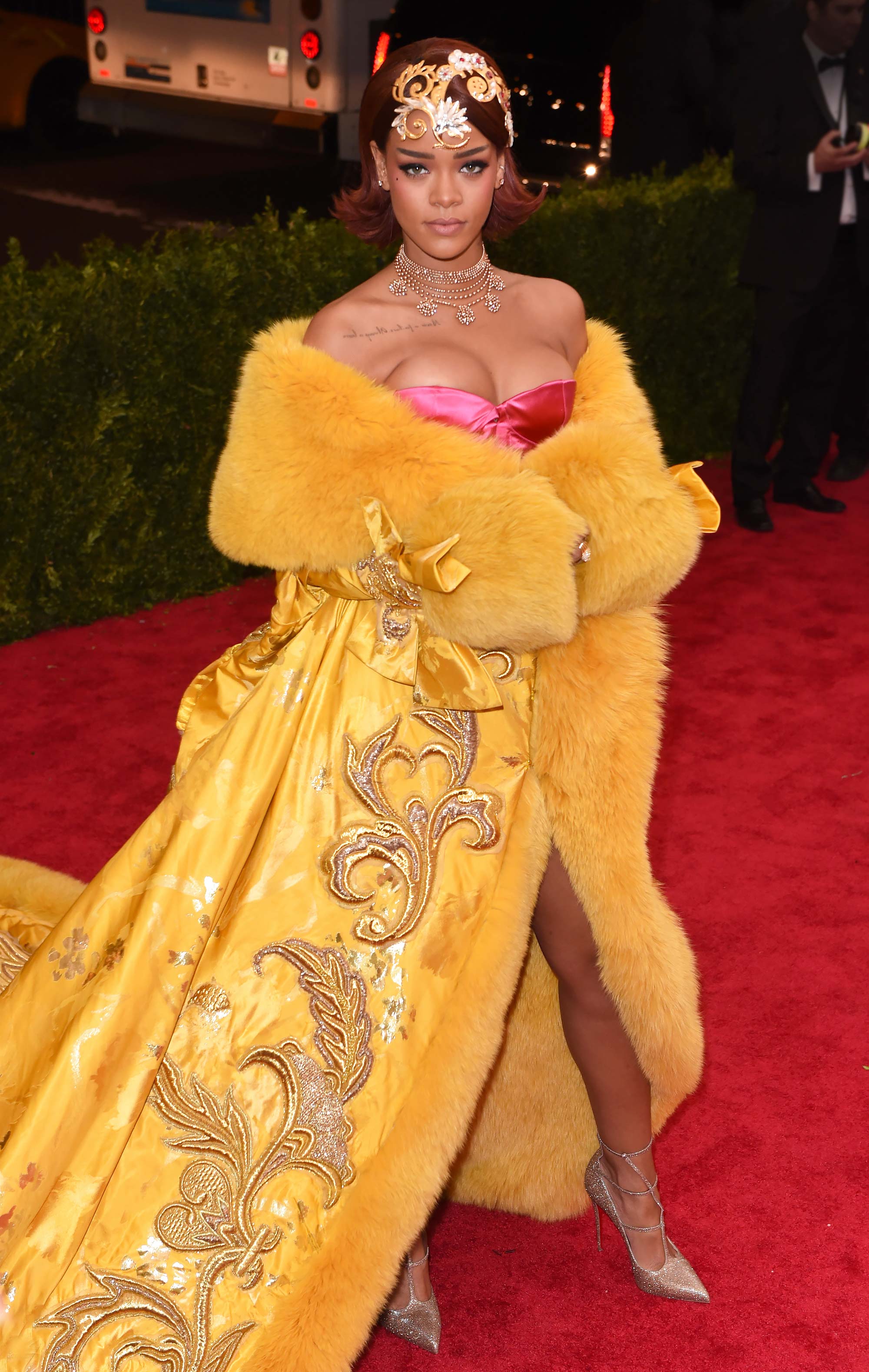 Believe it or not, Rihanna had doubts about the unforgettable gold gown she debuted at the 2015 Met Gala.

In an interview with Access Hollywood on July 29, 2020, the Fenty Beauty founder elaborated on how nervous she was to step out onto the red carpet wearing the statement-making number. She was so hesitant, in fact, that her car made several laps to stall ahead of the dress’s big debut.

“I remember being so scared to get out of that car because I felt like, ‘I’m doing too much,’” the Savage x Fenty CEO told the outlet. “I was driving past the red carpet and I was just seeing like gowns and I was like ‘oh my god I’m a clown. People are gonna’ laugh at me.’”

She was so nervous to get out that Rihanna says the car circled “like three times” in preparation. “Finally I was like ‘whatever let’s go!’”

Rihanna’s Dating History: A Timeline of Her Romances and Flings

The 55-pound dress was brought to life by Chinese designer Guo Pei and it was undoubtedly the perfect fit for the evening’s theme: “China: Through the Looking Glass.” 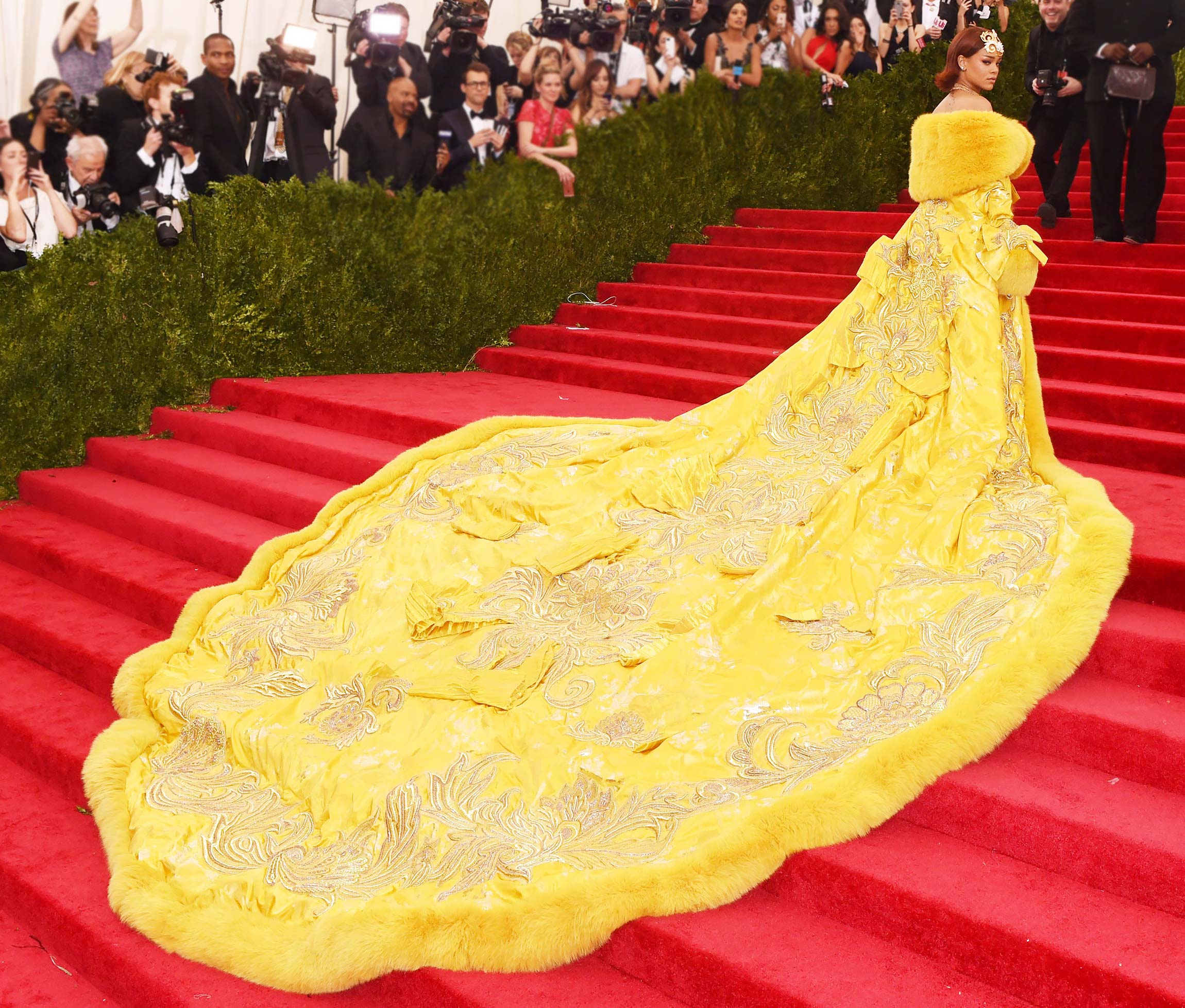 Interestingly enough, the hitmaker discovered the dress by simply browsing the internet. She came across the incredible gown and reached out to the designer to ask if she could wear it. Obviously, the rest is history.

“I was researching Chinese couture,” the entrepreneur told Vogue, reflecting on how she discovered it. “It’s so well-made. It’s handmade by one Chinese woman. It took two years to make this.”

The “Shut Up and Drive” singer wore her short hair down with flipped-out ends. She completed the showstopping look with a headpiece and a multi-layered Cartier necklace.

The gown’s train was so long, that it required assistance for her to move. Unsurprisingly, getting to the event in itself was also a process that required an in-depth game-plan.

The Barbados native said that the team had to “choreograph” the process of “getting in the car and getting out” to make sure that the dress stayed safe and intact.

Relive the Wildest Met Gala Looks of All Time

Despite the star’s initial fears, Rihanna would do it all again. “I don’t regret it,” she concluded.

Listen on Spotify to Get Tressed With Us to get the details of every hair love affair in Hollywood, from the hits and misses on the red carpet to your favorite celebrities’ street style ‘dos (and don’ts!)