Shiloh Jolie-Pitt’s tall stature was more evident than ever as the teenager was photographed in Rome with her mom and her two sisters on Oct. 23.

After dressing to the nines for both red carpet premieres of Angelina Jolie‘s new movie, Marvel’s Eternals, 15-year-old Shiloh Jolie-Pitt went with a much more casual look while spending some time in Rome, Italy with her mom and siblings. The ever-stylish teenager was photographed on Saturday (October 23) in white sweatpants, a black short-sleeved shirt, and sneakers standing outside next to Angelina, 46, and her two sisters, Zahara, 16, and Vivienne, 13.

Both of Shiloh’s sisters were dressed casually for the stroll in The Eternal City. Meanwhile, Angelina looked stunning (as always!) in a black top and matching leather pants and heels. The actress and all three of her daughters wore protective face masks, as well. 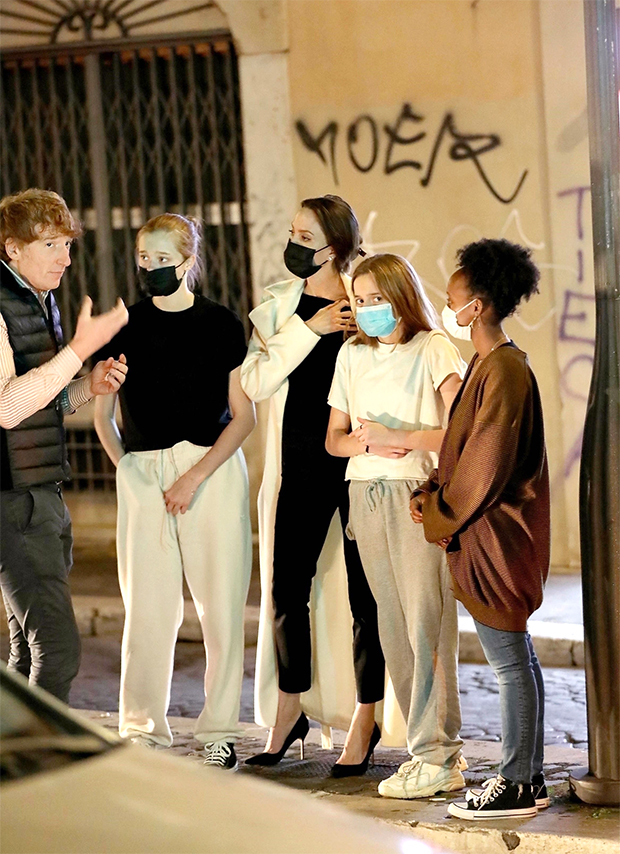 Shiloh has really been putting out the looks lately. At the Eternals premiere in Rome, she stunned in a black velvet gown cut at a cocktail length while posing on the carpet with Angelina and sister Zahara. The teen added to her look with a bright yellow pair of sneakers and had her blonde hair done up in fishtail bun. The week prior, Shiloh opted to wear a beige sleeveless dress, which appeared to be an altered version of her mother’s old dress, for the L.A premiere of Eternals. 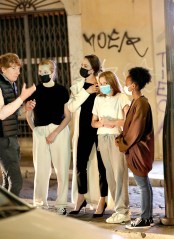 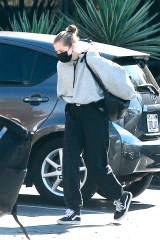 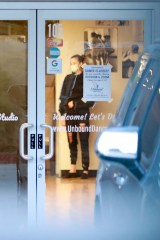 Angelina has been spending lots of time with her kids while promoting her new Marvel film. Of her six children, all but son Pax, 17, joined her for the L.A. premiere. There, the actress briefly spoke to Entertainment Tonight about her kids’ fashion choices for the night. “My kids are all mixed with vintage, and in my old Oscars dress. We did all vintage and upcycled my old stuff,” she explained. 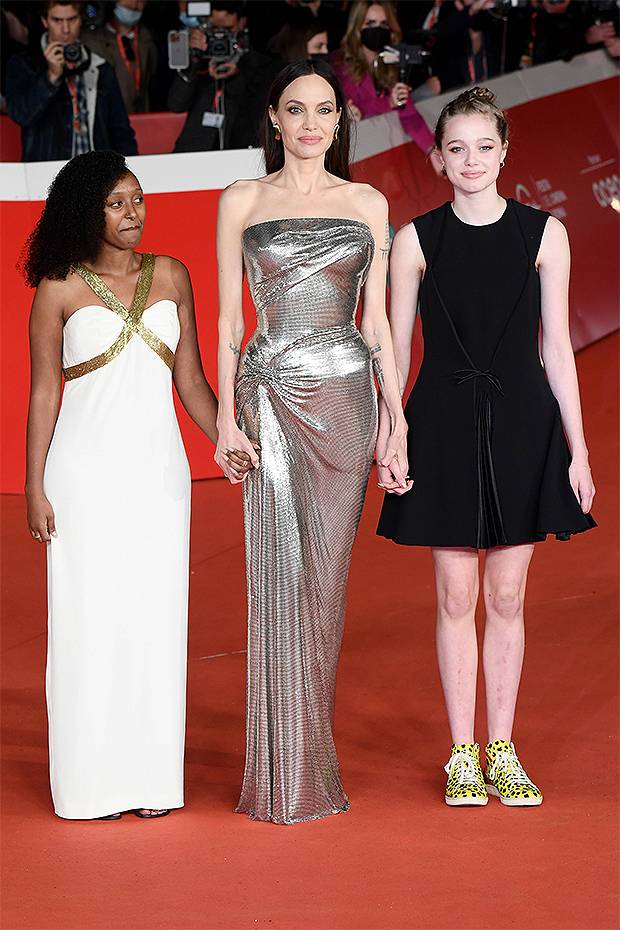 As most know, Angelina shares her children with ex Brad Pitt. The former couple, once known as “Brangelina,” are currently embroiled in a custody battle over the kids. The stars have joint custody now, but Angie has been working to overturn that ruling.