A SKINT mum-of five breaks down in tears as she’s offered a ‘lifeline’ by millionaire couple on Rich House, Poor House.

Jade Barter, who put her career as an accountant on hold to raise her five boys, lives of just £145 per week with her husband Dean who works 50-hour weeks as a HGV driver. 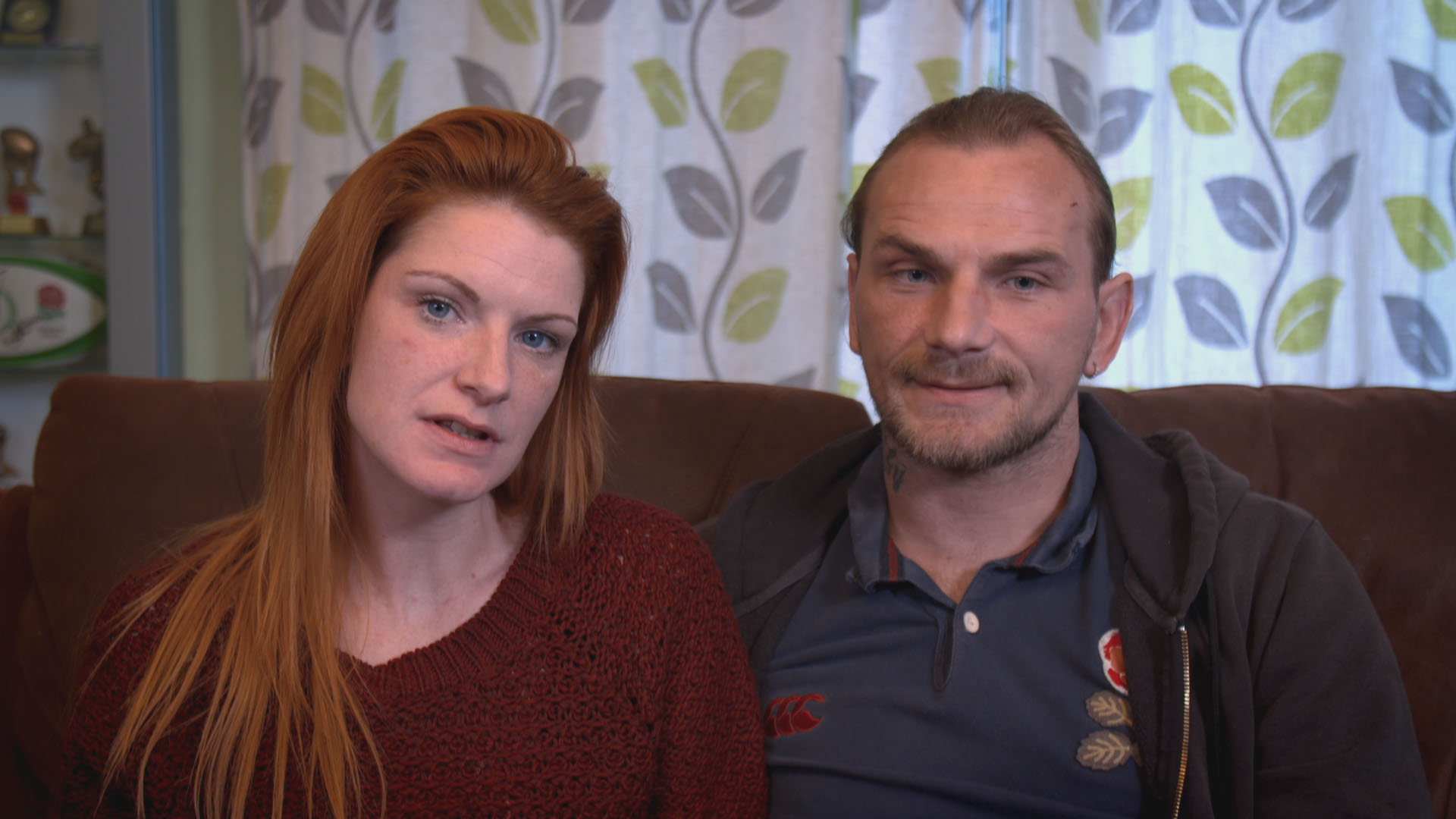 In contrast, Marina and Przemek live in a sprawling five-bedroom, three-bathroom home in Surrey, complete with a gym, a heated pool, a walk-in wardrobe and even a zipwire.

The wealthy couple, who have two children, Ava, eight, and Alec, five, are the latest family to swap lives on the Channel 5 show.

The Surrey-based pair trade everything with Jade and Dean, from Essex, who have five boys, Zachary, 10, Farrell, five, Dean Jr, three, Jason, two, and Joshua, 14.

As the pair meet up after the end of the week, Marina says she wants to mentor Jade and help the couple get on the property ladder. 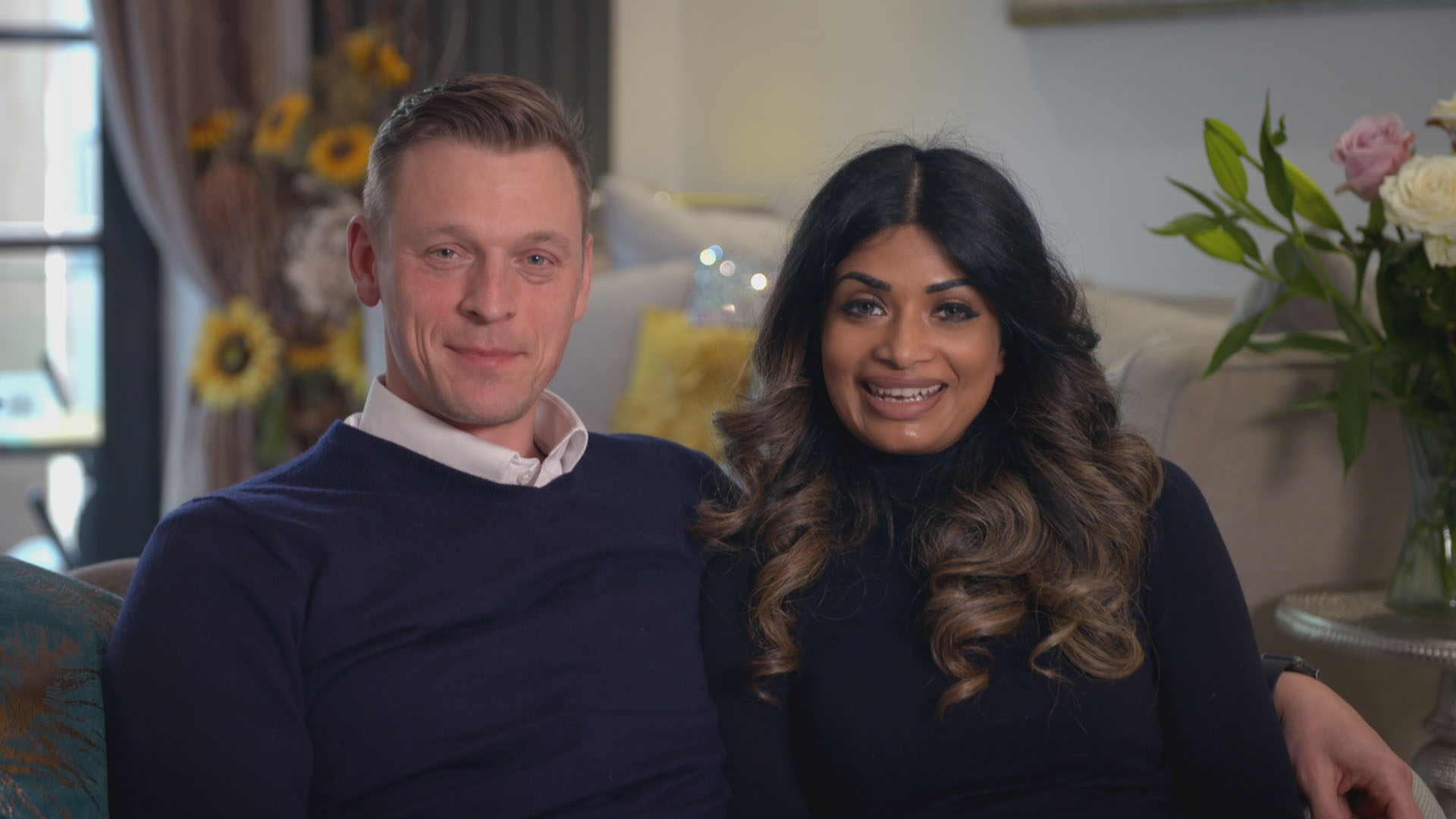 She said: "I'm sure you can do that and when it comes to a career – when you are ready to get in and explore – I'd love to be your mentor and guide you and be able to open the networks so that you may be able to get onto the property ladder so that you don't need to worry about increasing rent and things you're not in control of.

Stunned, Dean says away from the meeting: "Marina and Przemek trying to help us get onto the property ladder and just giving us a chance in life that nobody has."

Marina added: “I'm so thrilled and grateful for this new friendship, we're looking forward to seeing more of Jade and Dean in the future.”

During the episode, Accounts assistant, Jade, and HGV driver, Dean, revealed they only have £145 to spare each week to spend on food, clothes and anything else, after rent and bills are paid.

The dad-of-five says: “The only time we ever see any money is when we're scraping on the food shop to try and save for birthdays.”

While Jade adds: “I think having money would take away a little of the stress in life.

“We'd wouldn't have to tell children to make their school shoes last for another week because you don't want to buy them before half term.”

That’s in stark contrast to banker-turned-entrepreneur Marina, and property business manager Przemek, who blow £1,000 a week on their kids’ extra-curricular activities, which include guitar, singing, drama, swimming, ballet and hockey lessons.

“All the activities in their life makes you learn about success and failure.

“There is no stopping, but you keep operating hoping the future will be brighter”, Marina explains. 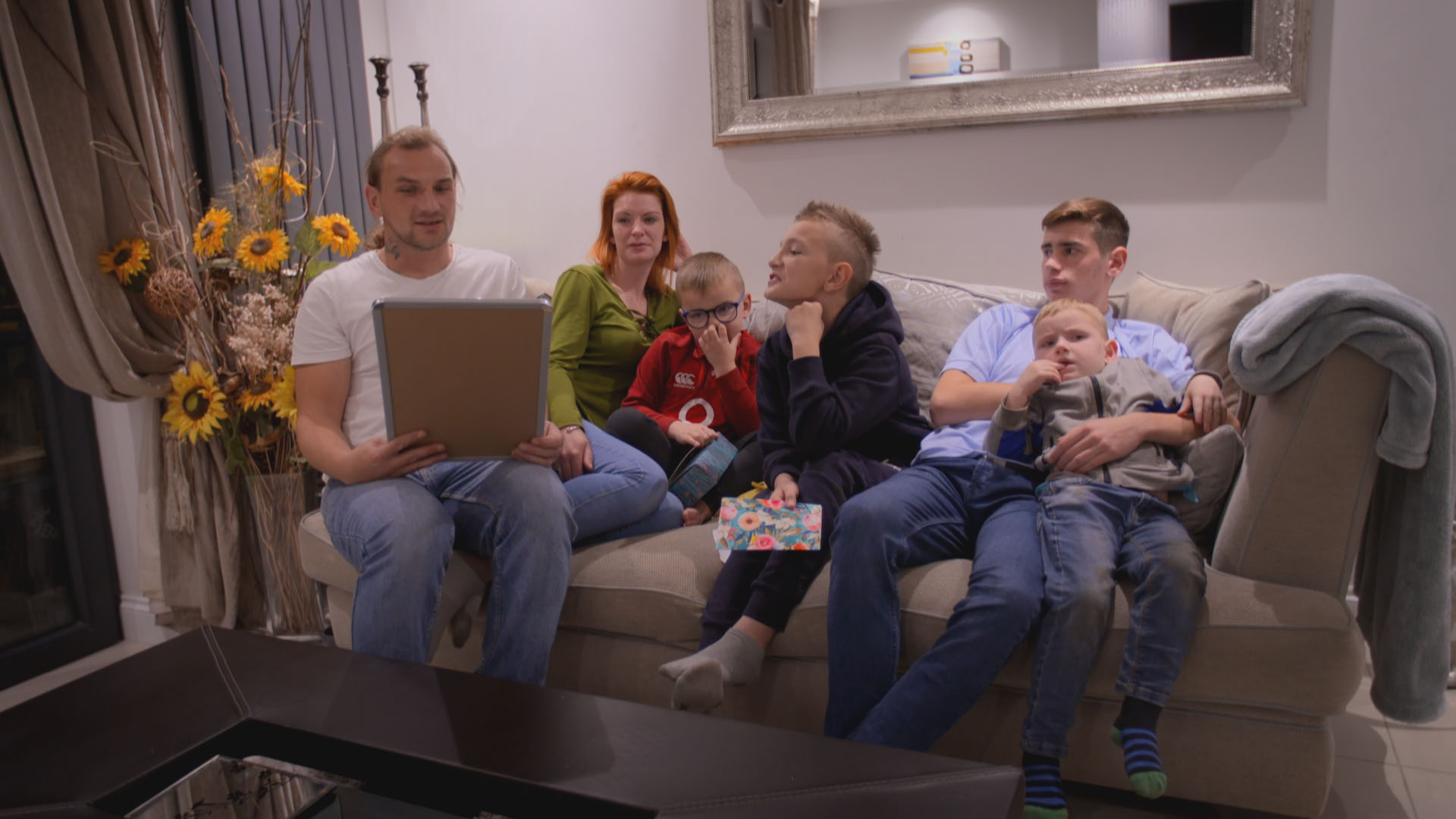 And they splash £300 a week on superfoods, with Marina leaving her high-powered banking job behind to start her own line of kids’ protein bars two years ago.

But success has come at a price, with Marina admitting she’s ‘physically’ there, but not ‘mentally’, often taking her laptop to her kids’ numerous activities to work.

While Marina’s business is flourishing, Jade, who worked hard to complete her GCSEs after falling pregnant at 15, has been forced to put her dreams of becoming an accountant on hold.

Which is why their new £1,200 budget is a shock to the system, as they swap finances, houses and even schedules for the week. 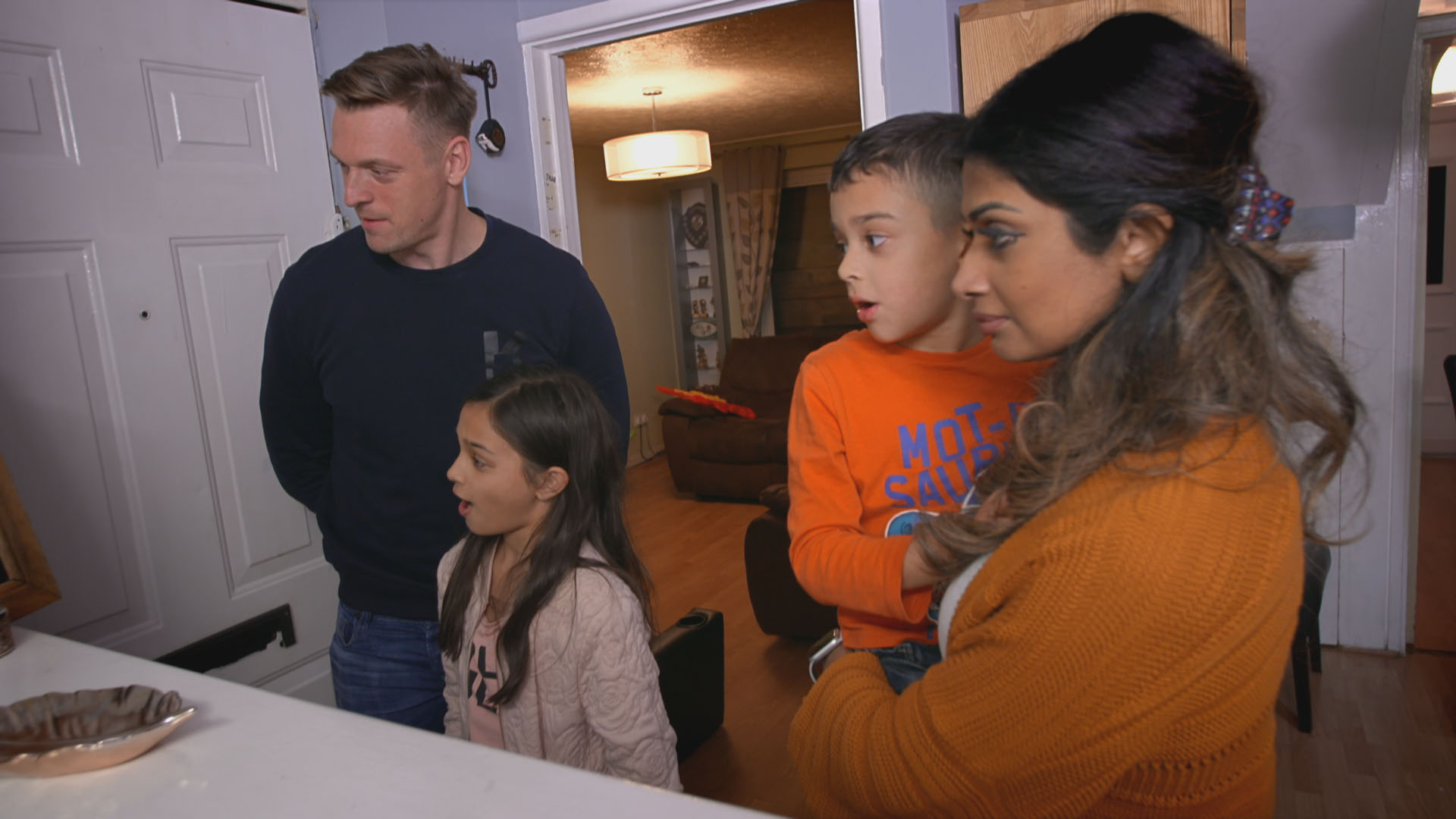 They head to a farm shop armed with the cash, but they’re shocked over the prices, with a slice of cake costing £7.15, although they splash out £22 on some chocolate buttons, with their total coming to £186.

Jade admits: “We've got so used to saving every penny and living month by month, when someone gives you this money, it's against everything we know.”

But things aren’t going so smoothly in Surrey, with Marina worrying about where they’re going to be staying, saying: “I don't know whether it's a house or a flat.”

Once they arrive the broken hob – which can only be turned on with a pair of scissors – and empty fridge shock her.

“It really makes me upset, our fridge is always full, and they've got five kids,” Marina says. 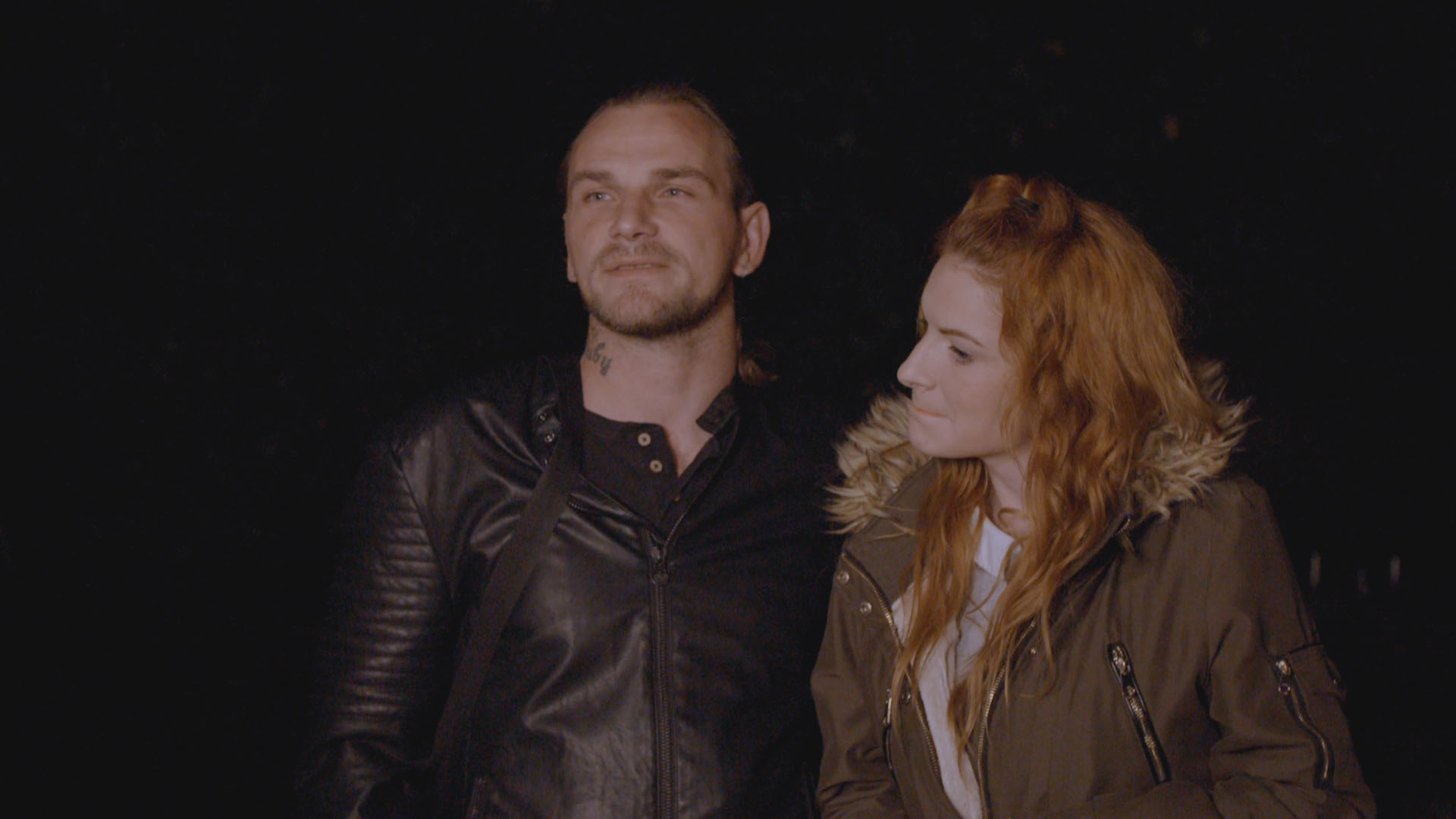 Armed with £60, dad Przemek, originally from Poland, heads to the shop and manages to get everything under budget – but Marina’s still not happy.

She doesn’t like the beige, breadcrumbed food which she reckons is unhealthy, and she cooks spaghetti and meatballs for the family – the first time they’ve eaten the dish.

Marina, originally from Sri Lanka, says she 'wonders how their stomachs are going to cope', referring to her kids.

As the families get stuck into the other’s routine, they learn more about one another, with Marina saying she has a lot of respect for Jade.

“The more I keep hearing about them, I have a huge admiration for what they're achieving right now,” she says. 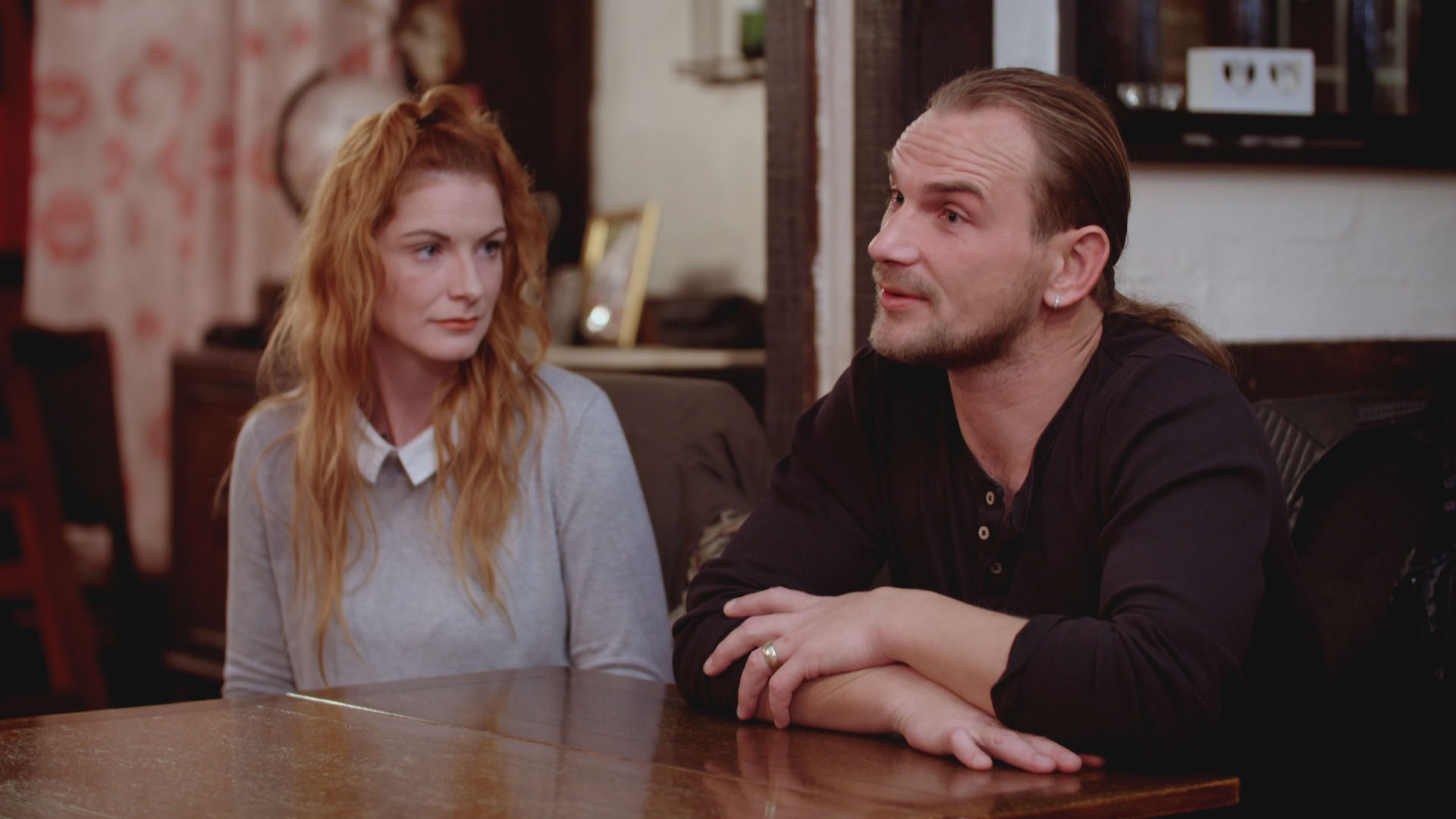 And getting back to basics with some budget activities opens her eyes to how much fun can be had – for free.

The family go on a nature walk and even try mud-sledging, with Marina saying: “It's so easy to forget that nature can bring so much closeness as a family when you get into your routine of a busy life.

“I'm going to go back home and make sure we make this a part of our routine.”

Meanwhile the five lads are getting tired of their jam-packed schedules, as they enjoy Ava and Alec’s £1,000 a week rota.

Jade says of her counterpart: “I think we're really at different stages in life, but I really look up to her, I look up to her drive, her ambition, and how she uses her children and their life and the situation their in to better their quality of life.”

While this couple who live off £75 a week clear £18k debt after swapping with wealthy property gurus on Rich House, Poor House.

We also shared how a businessman who blows £1,600 a week swaps lives with single mum-of-3 who has £70 after bills on Rich House, Poor House.

And  a skint couple who live on 50p per meal go on first date in YEARS after swapping lives on Rich House Poor House.