THEY joined their local cycling club on the same day – and it set Jack and Joan Bare on track for the journey of a lifetime.

The pair, who have a combined age of 202, have just celebrated their 80th wedding anniversary, making them Britain’s longest-married couple. 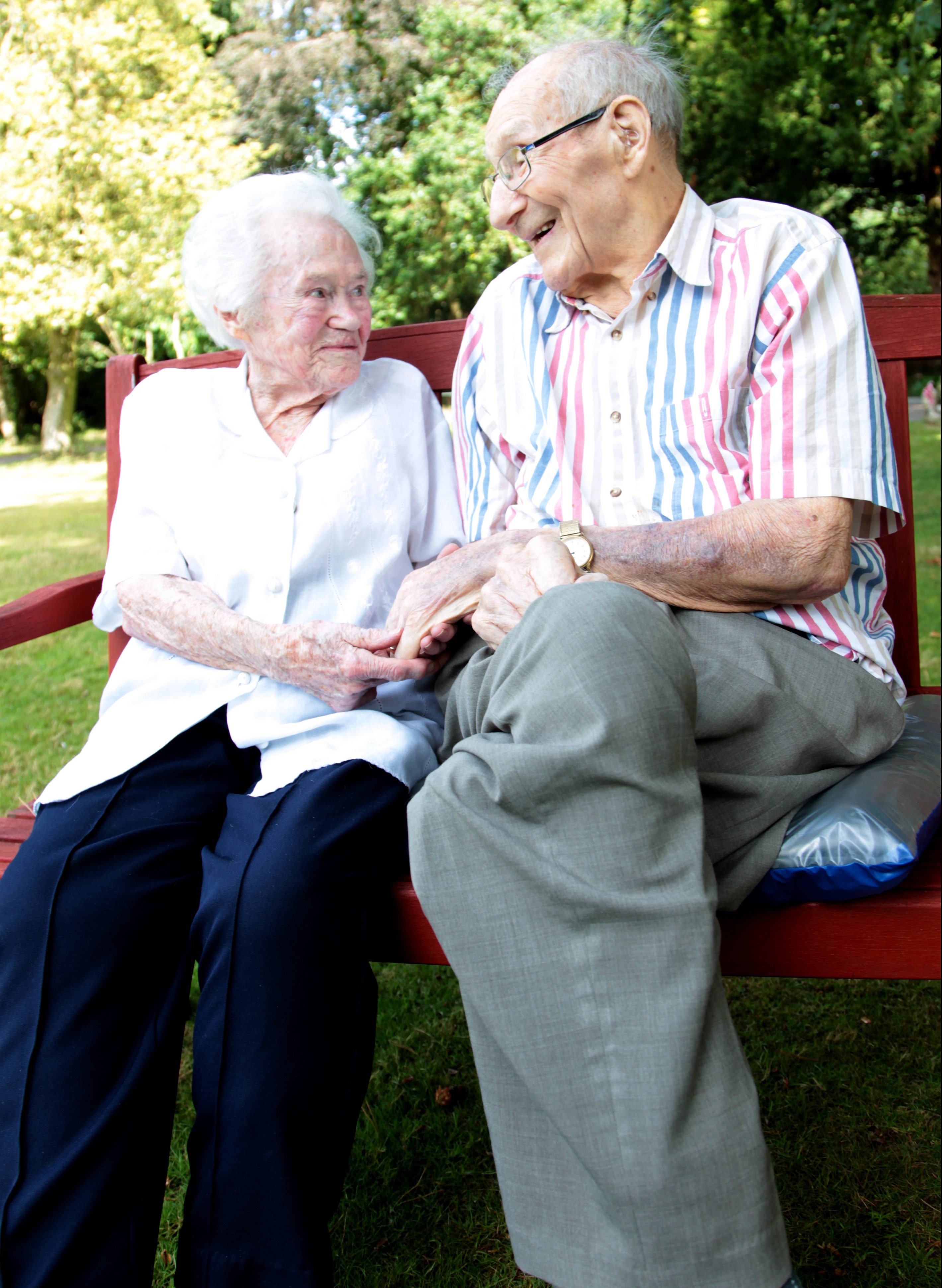 They still kiss each other goodnight, and Jack still treats his wife to flowers. And it all started with a shared passion for pedalling around the Lake District in 1936.

Jack, 102, said: “It was fate. We both joined the cycling club on the same day and we have been inseparable ever since.

“I am evidently doing something right, as it has been 80 years and I have enjoyed every second with Joan.”

When they met, Joan was 17 and Jack was 19, but they waited three years to get married as they wanted to get to know each other better first. 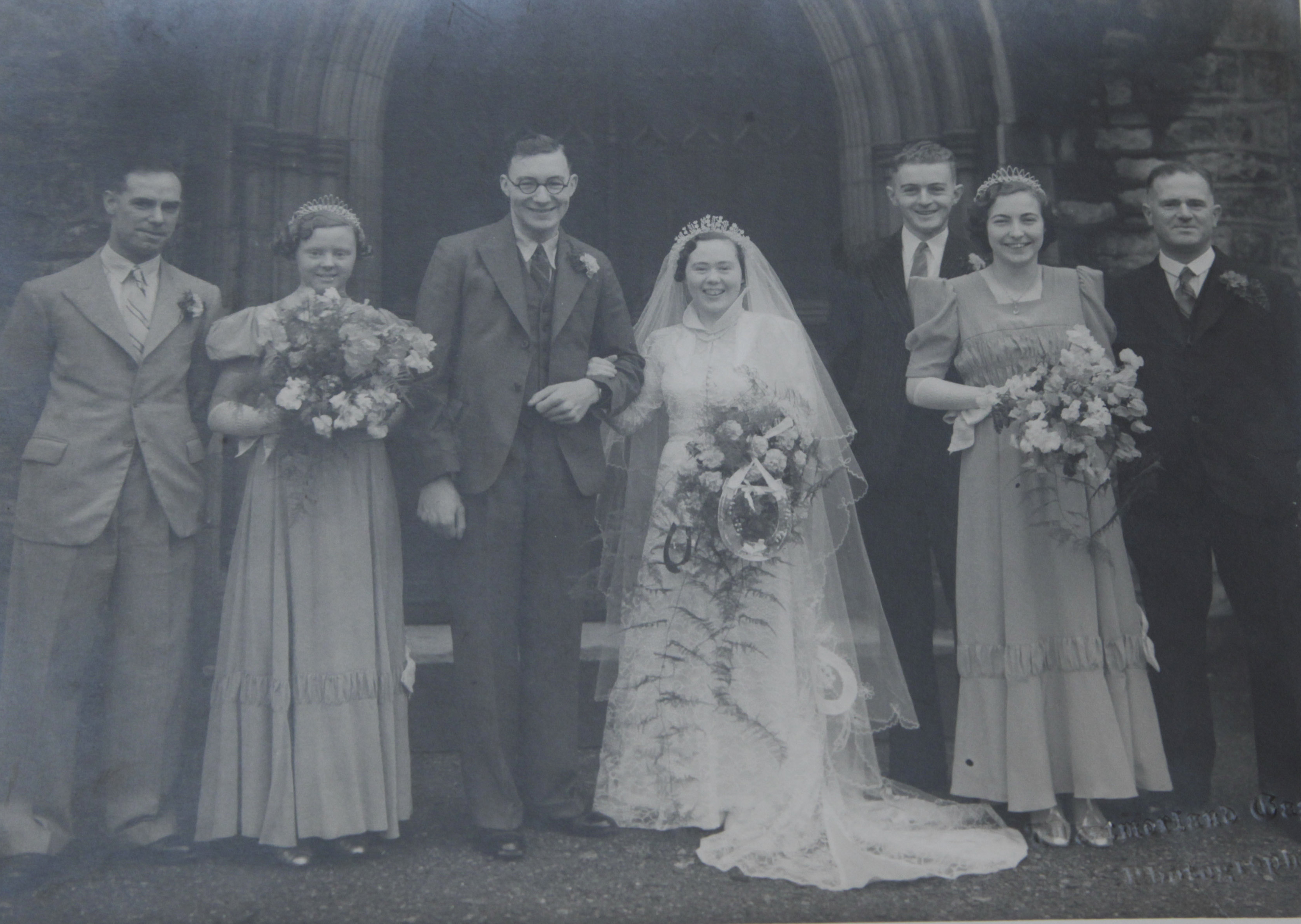 They tied the knot on August 3, 1939 at their local church in Kendal, Cumbria. She arrived by taxi and as tradition dictates, was 20 minutes late.

Joan, 100, said: “The sweetest thing he has ever done was buy me pink carnations on our wedding anniversary every year since.”

Just a month after the wedding, World War Two broke out, and Jack was called up to serve in the Army as an electrical and mechanical engineer.

Later he was sent to Italy, and the couple were separated for the first — and last — time. 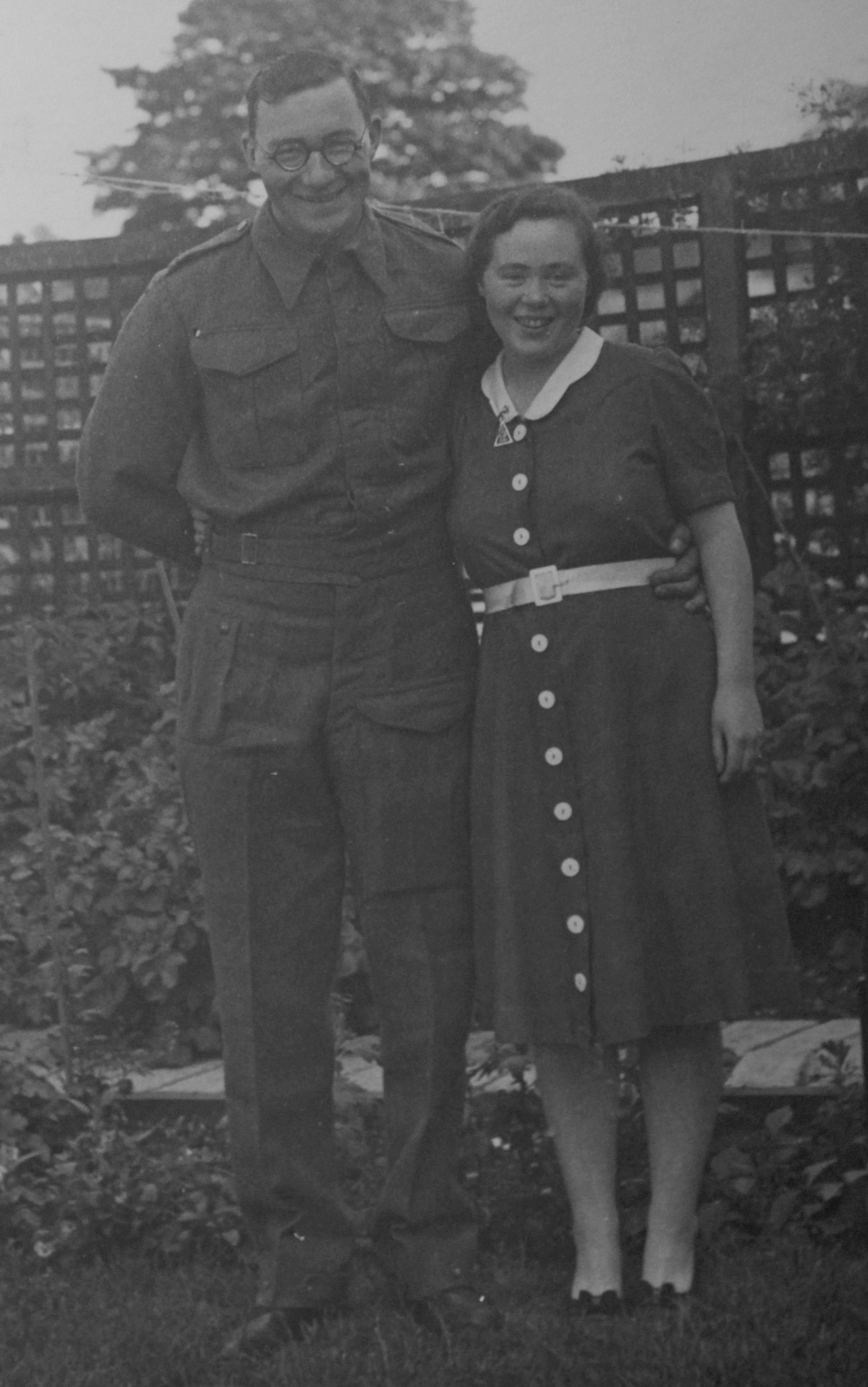 Joan, who over the years worked as a butcher and a corsetier, fitting customers with corsets — said: “The time apart didn’t make the heart grow ­fonder. I would have preferred it if he had never left.

“It was horrible without him, but he was doing what was right for our family while serving for our country.

“He was in the UK for a few months before being deployed to Italy. I was extremely worried when he was in Portsmouth.

“It was getting bombed every night and we didn’t have phones in those days so I would be none the wiser.” 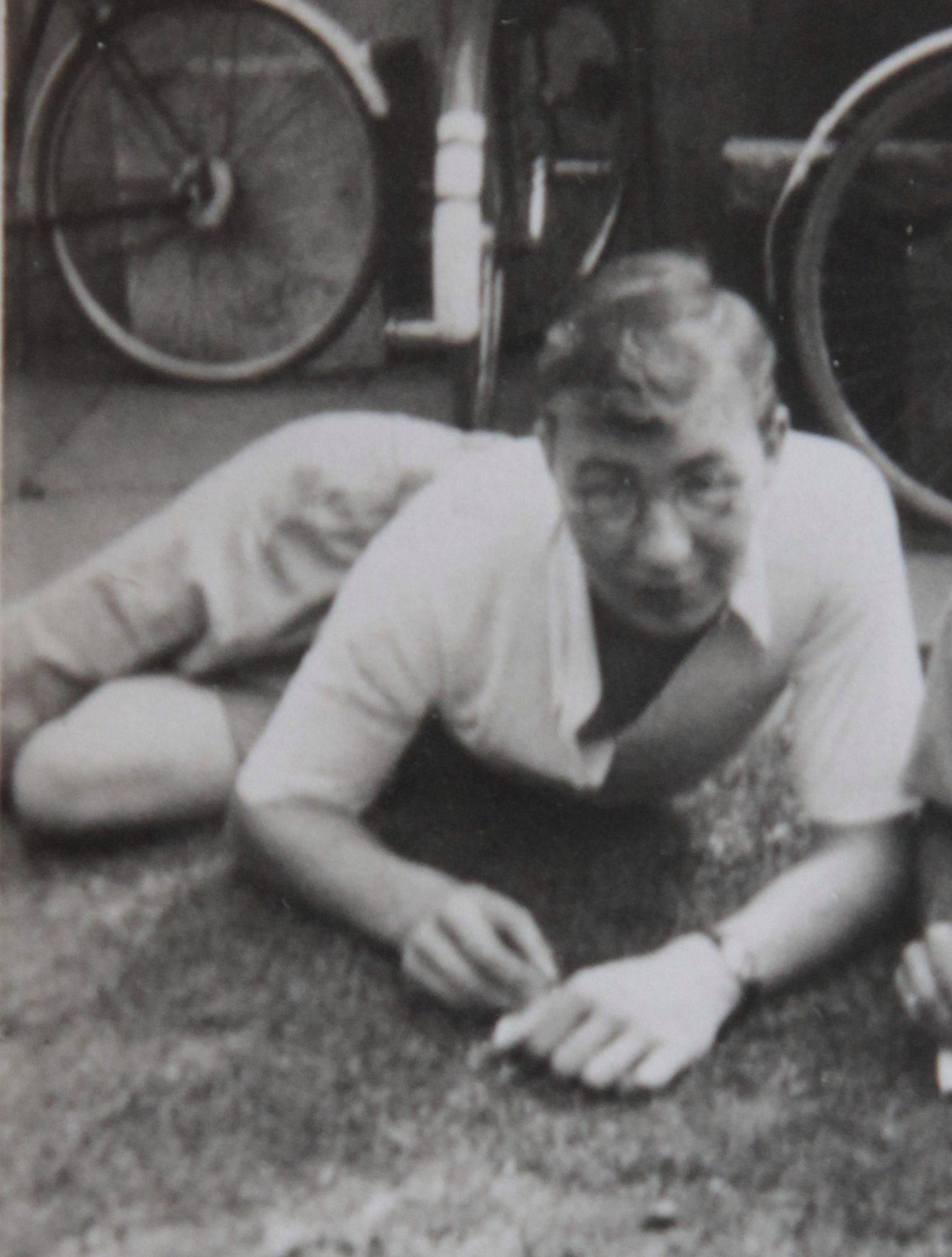 Fortunately one of Joan’s neighbours had a house phone, and she recalled: “Once a week she’d run up the road, shouting, ‘Joan! Joan!’ and that would always mean Jack was on the phone.

“I would be out of the door and down the road to her house before she had even got to my house.”

Jack, who continued working as an engineer after the war, recalled of early married life: “Joan was an amazing wife and a brilliant cook and would make steak and kidney pie for my return from the Army.”

In 1943 the couple welcomed their only child into the world, daughter Gill, and they now have grandchildren Caroline, 43, and Jane, 47, and great-grandchildren Toby, 17, Charlotte, 14, Isabelle, 12 and Reuben, nine. 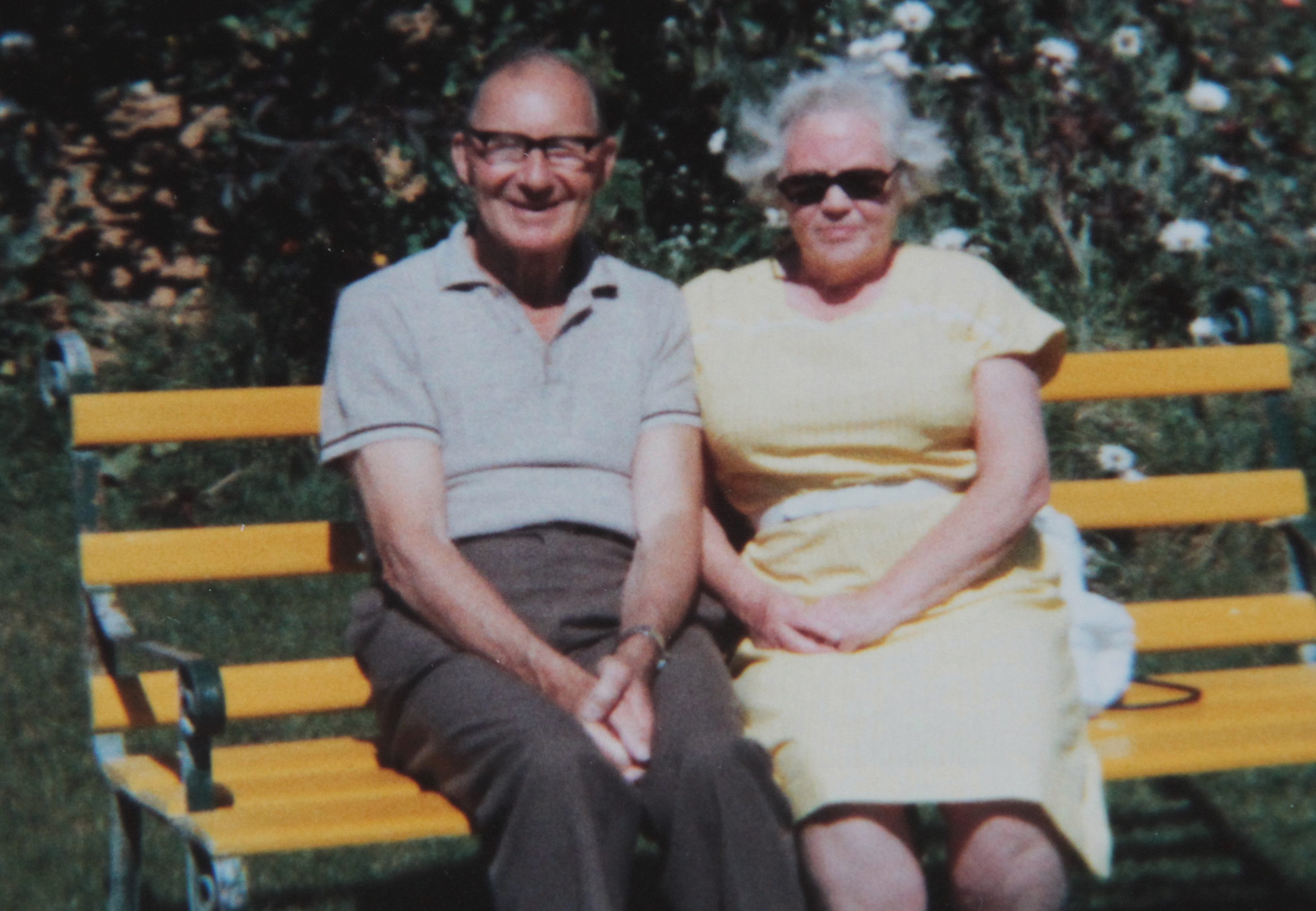 Recently, they have weathered Joan’s skin cancer diagnosis in 2010, and Jack overcoming pneumonia four years ago. Yet amazingly, they only recall one major argument.

Joan said: “We both adore dogs, and when our first pug Tito died, I wanted another one, but Jack said it is too sad when they go.

“I was annoyed with him all day, but I’d never go to bed angry, so we spoke about it and agreed to disagree. The next evening Gill and I drove in the rain to pick up a pug anyway.”

For Joan, their happiness is all about the art of compromise. She said: “We would never raise our voice at one another. Besides, arguing with Jack is like arguing with a brick wall as he would simply say, ‘I don’t want to have this conversation,’ and that would be it. 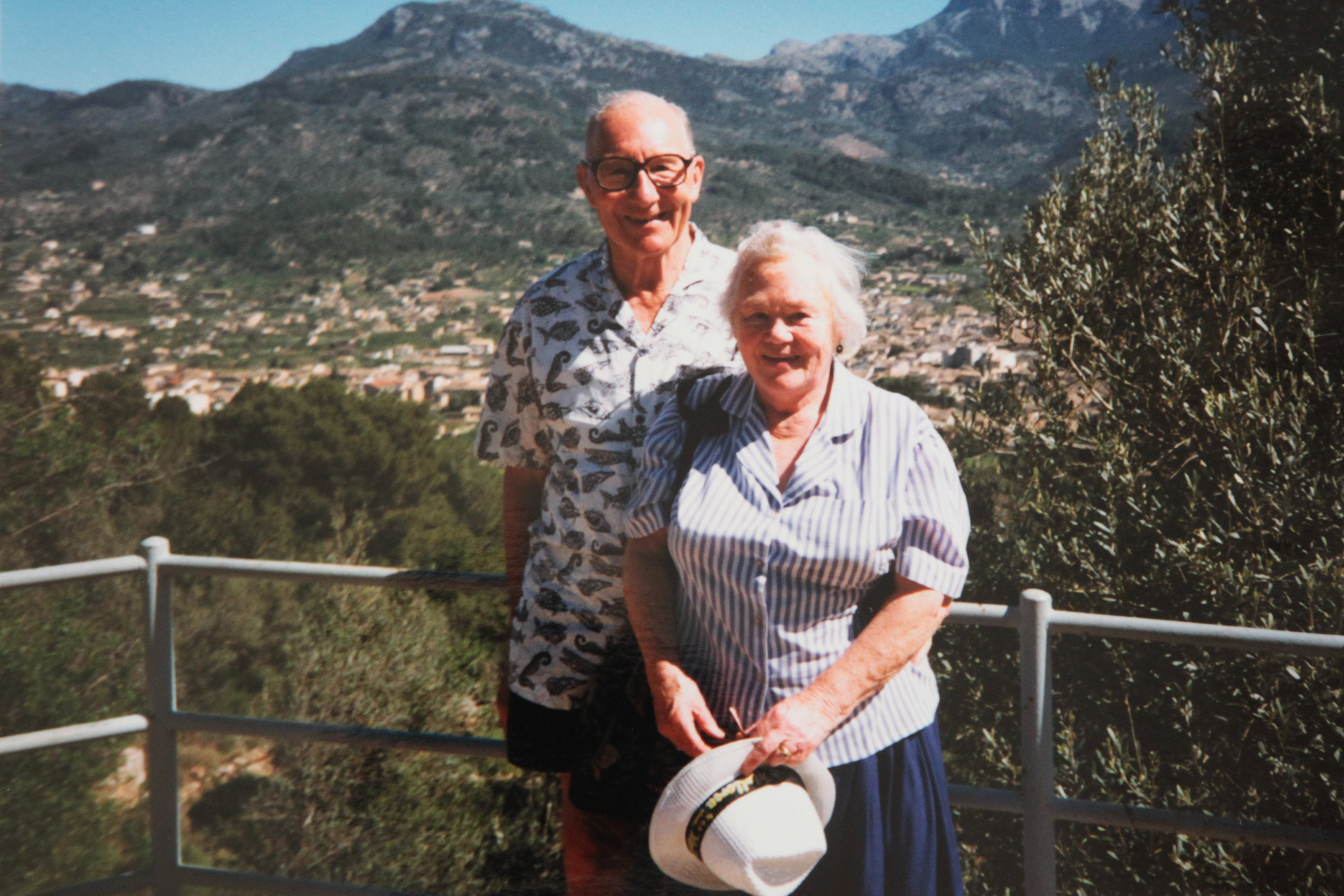 “We are also good at compromising. For example, Jack enjoyed going to the pub on a Sunday, while I rarely drank alcohol. But he would always be back at 1pm on the dot for my favourite roast dinner.”

Of course, there have been times when they have irritated each other, but Joan has found trivial issues become less important with age.

She said: “Sometimes Jack was a bit too laid back and honest for his own good. I would ask for his advice on my outfit and he would bluntly recommend a diet.

“With age comes patience and now, being 100 years old, I know it is not worth time or energy getting worked up over minor things such as not putting the toilet seat down. 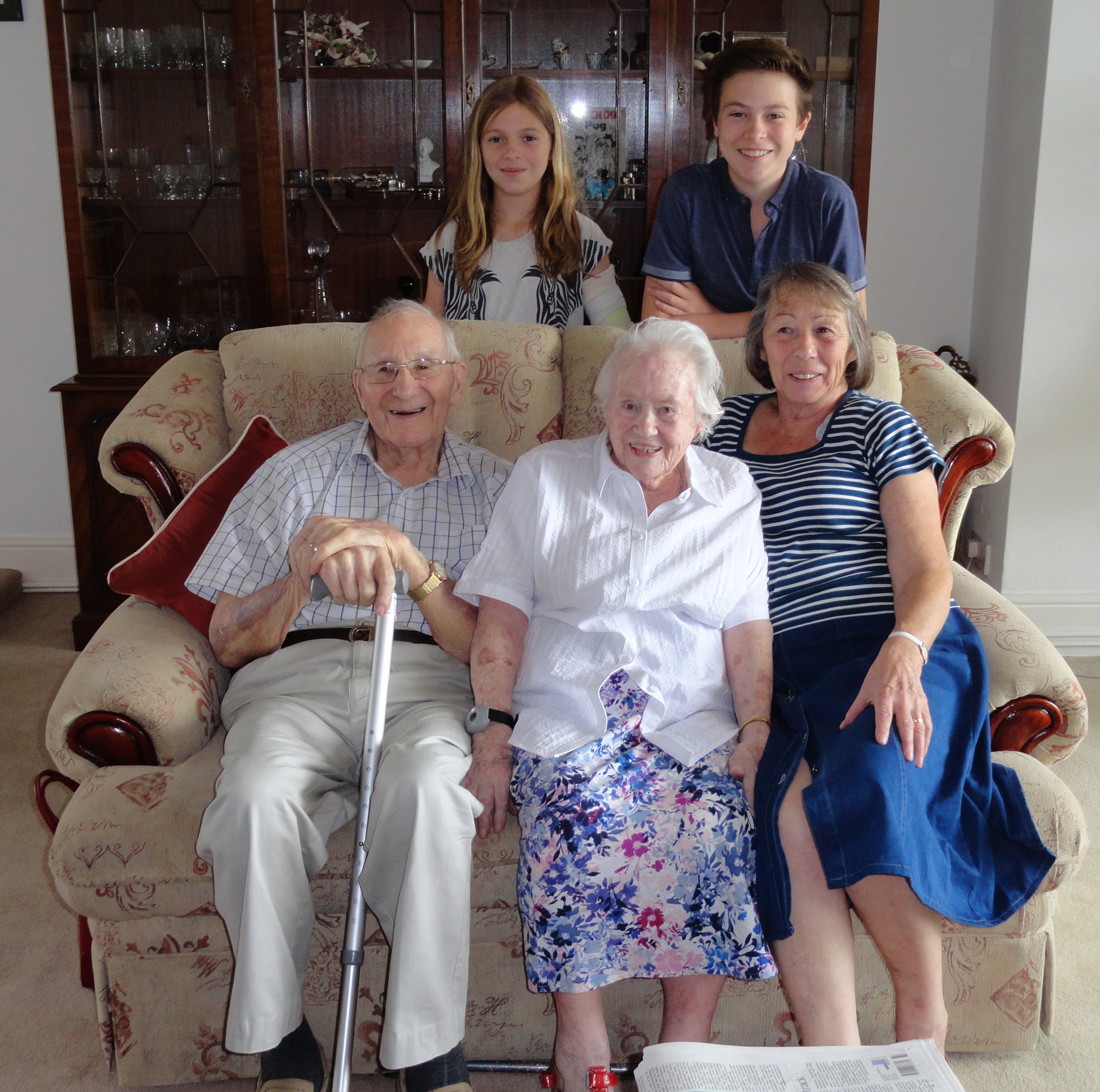 “I wouldn’t believe anyone if they said they don’t bicker with their partner because everybody does, it is normal. We just didn’t have much to argue about, as Jack is so placid.”

Jack would always make Joan a morning cuppa, and she said: “We still to this day kiss goodnight.”

The active couple enjoyed cycling and swimming together regularly until they were in their 80s.

They loved to holiday in Europe, and until five years ago they would enjoy a staycation with Gill every September. 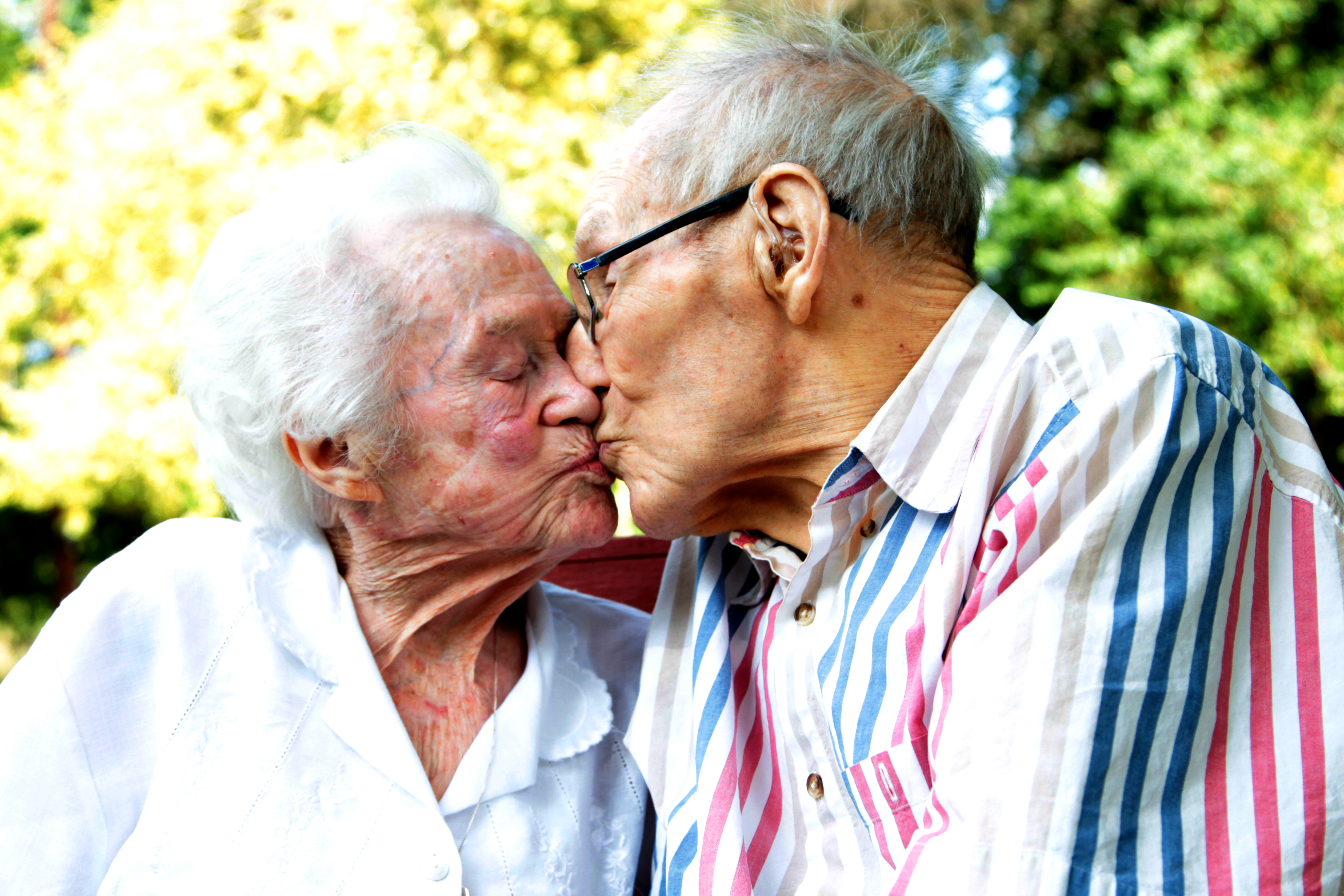 Jack said: “Italy was our favourite holiday. We had friends there in Turin who were all nuns. We’d stay in the guest house at the convent.

“I quite enjoyed going there as I would be the only man!”

The inseparable pair even ended up in hospital together following falls earlier this year. Joan fell at home in May and was in hospital for five weeks with fluid on her legs, and three days after she went in, Jack also suffered a tumble and was admitted for observation.

Daughter Gill then decided it was best for them to move into a care home near her in Codsall, Staffs, but they insisted on a shared apartment.

Life may have changed, but the couple’s love has not.

As Jack said: “When you have found The One, the spark never disappears.

“Our relationship has always been easy. We fell in love at first sight.”

HERE are the Bares’ top tips for a long and happy life together . . .