WASHINGTON — On a recent Monday morning, Ivanka Trump began her day as usual, with bad media coverage, a good get-up and a greeting at her front door by the paparazzi.

In the six seconds it took Ms. Trump to leave her home and climb into a black Secret Service car, a photographer for The Daily Mail, the British tabloid better known for covering the royal family and celebrity scandals, clicked away furiously behind a sidewalk barricade a few yards away.

Since 2017, when Ms. Trump and her husband, Jared Kushner, moved to Kalorama, a luxe neighborhood for D.C. elites, paparazzi hired by The Daily Mail have staked out their teal-blue front door.

The photographers were there when Kim Kardashian West visited last year, after her meeting with President Trump in the Oval Office to discuss prison reform. “Keeping up with the Kushners!,” read The Daily Mail’s headline, trumpeting its “exclusive photos” of “Ivanka smiling at the window as she and Jared hosted Kim.”

They were there in March, the morning after Ms. Trump posted a widely mocked Twitter video in which she gushed about her sister-in-law Karlie Kloss’s star turn on “Project Runway.” “Rising above it? Ivanka flashes a bright smile as she steps out wearing a classy black suit and a $3,400 Chanel bag,” the headline read.

And they were there on a recent Friday to document Ms. Trump’s first “stylish summer ensemble” and her “bouncy blowout.”

“All I see of them is the veneer,” said Matthew D’Agostino, 45, a photographer from Baltimore who freelanced for The Daily Mail from 2017 until earlier this year. He described his former subjects as cordial. “When I was first shooting a lot, Jared once asked me, ‘Do you think that’s enough?’ and honestly, it was enough, so I said ‘Yeah, you’re right!’”

Mr. D’Agostino was one of about five photographers that the Daily Mail’s website, which is operated partly out of New York, pays to park outside the couple’s six-bedroom, $15,000-a-month colonial-style house and make like Steve Sands. 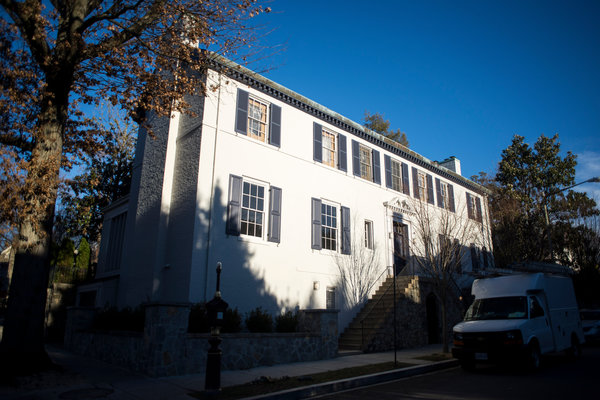 They are there before 7 a.m. to catch Ms. Trump and Mr. Kushner departing for work. After switching shifts midday, they are also there at 8 p.m., when the couple usually return home. This repeats itself most days, including weekends and holidays.

Neighbors don’t seem to mind or even take notice. That’s because Kalorama already has its share of high-profile officials, with as many black town cars and Chevy Suburbans idling on its leafy drives as one might see in gangster’s cortège.

Still, it’s a somniferous situation for the photographers, who camp out in their cars for hours at a time for a few seconds of activity.

To offset the tedium, Mr. D’Agostino began writing haikus in his boxy green Honda Element. “I call it paparazzaiku,” he said. “I don’t think I’m really good at it, but it’s a way of being creative when there’s a long stretch of time.” 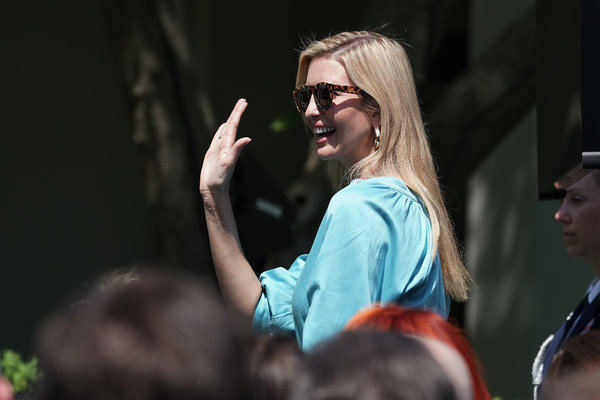 So why, two years in, is The Daily Mail still so invested in Ms. Trump, even as some polls find that her approval numbers have sunk, particularly among the millennial American women who make up a key demographic for the Daily Mail website?

Maybe the tabloid, which is besotted with Meghan Markle, thinks it has locked onto the closest thing Americans have to a princess. Centuries after the break from the Crown, is The Daily Mail tapping into a strand of Yankee D.N.A. that yearns for erstwhile royalty?

Whatever the reason, Ms. Trump seems to be getting good ratings — to put it in Trumpian terms.

The Daily Mail did not return requests for comment, but former staffers said it was part of a strategy to boost web traffic. The Daily Mail was founded in 1896 and its print paper remains focused on British readers. Its website (officially known as the Mail Online), however, was started in 2003 and, according to comScore, within a decade became one of the most highly trafficked news sites worldwide, thanks in part to a cascade of celebrity click bait and lurid crime stories.

Former staffers attested to Ms. Trump as a traffic driver, with clicks coming primarily from the United States. “It’s a classic Daily Mail guilty pleasure,” said Taylor Lorenz, the former head of social media for The Daily Mail, about the nonstop coverage of Ms. Trump’s comings and goings. “If those posts weren’t doing well, they wouldn’t be running them.”

Mr. D’Agostino had another theory. “The Daily Mail has carved out a niche,” he said, speculating that the real value of his photos was to feed the maw of search engines and the 24-hour news cycle, “so that if you’re looking for a story about Jared and Ivanka, you’re going to end up on The Daily Mail.”

While tabloid coverage of the misadventures of presidents’ daughters is nothing new — the media had its fun with the Bush twins and their underage drinking, and Malia Obama at Lollapalooza — the rules are different for Ms. Trump and Mr. Kushner.

Not only are they adults, with children of their own, but they also hold official titles in the White House.

The Daily Mail seems to prefer Executive Branch Barbie-style photos of Ms. Trump, like when she “bares her legs in a funky skirt” or flashes a “megawatt smile,” as their captions put it.

But Mr. Kushner sometimes gets the focus, too. “A downcast Jared returns home in the DC rain after dining with Trump and Pence as 800,000 federal workers face their second week without pay and the Democrats refuse to budge,” read a headline in December during the government shutdown.

After dark, Ms. Trump and Mr. Kushner’s dining room functions as something of a West Wing North. Foreign diplomats have been photographed entering the home, and the chief executives of Walmart and General Motors have grazed there. It has become destination dining for Democrats too, including Senator Amy Klobuchar of Minnesota, a presidential candidate.

However, those are precisely the photographs you’ll almost never see on The Daily Mail’s home page, since paparazzi shots of Sheldon Whitehouse or Dick Durbin don’t exactly scream “Click me!” (This being the publication that, as recently as 2015, was still referring to Jeff Bezos in group photo captions as an “other.”)

One exception was when Secretary of the Treasury Steven Mnuchin stopped by for dinner last year, wearing a gray polo shirt and bluejeans.

So how did Mr. Mnuchin make the cut? His choice of Bordeaux blend, apparently. The Daily Mail’s headline noted that he brought “a $22 bottle of wine — despite being worth $300 million.”