IF you are sitting on the train and your phone buzzes, you might think you have received a message from a friend or a notification on social media.

What you do not expect to see is an explicit image sent from a random stranger — but incidents like these are on the rise. 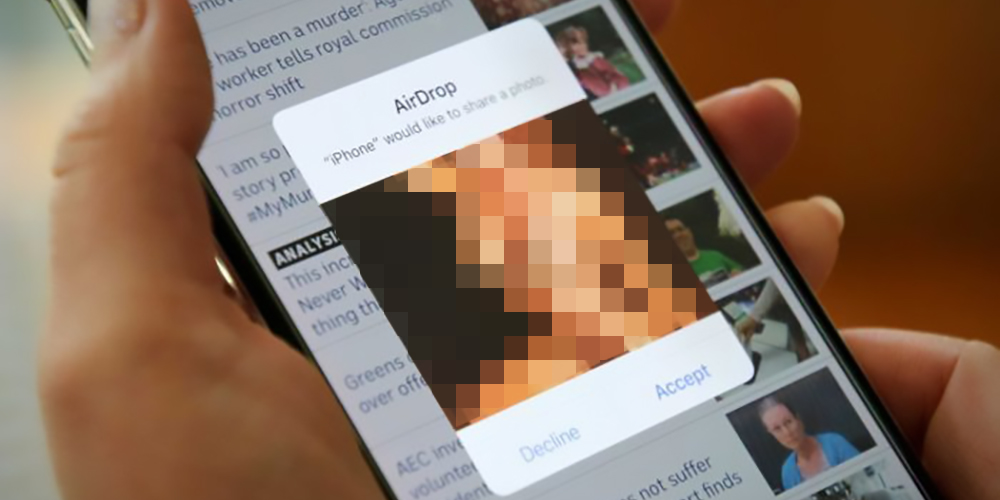 The British Transport police has revealed there were double the amount of reports of women being sent unsolicited sexually explicit pictures on trains last year, compared with 2018.

A YouGov poll that year found that four in ten women aged between 18 and 34 have received sexual images without their consent.

It is dubbed “cyber-flashing” and campaigners claim huge numbers of incidents go unreported because women either do not know how they should go about this, or doubt they will be taken seriously.

But if flashing in person is illegal, then why should we tolerate it online? 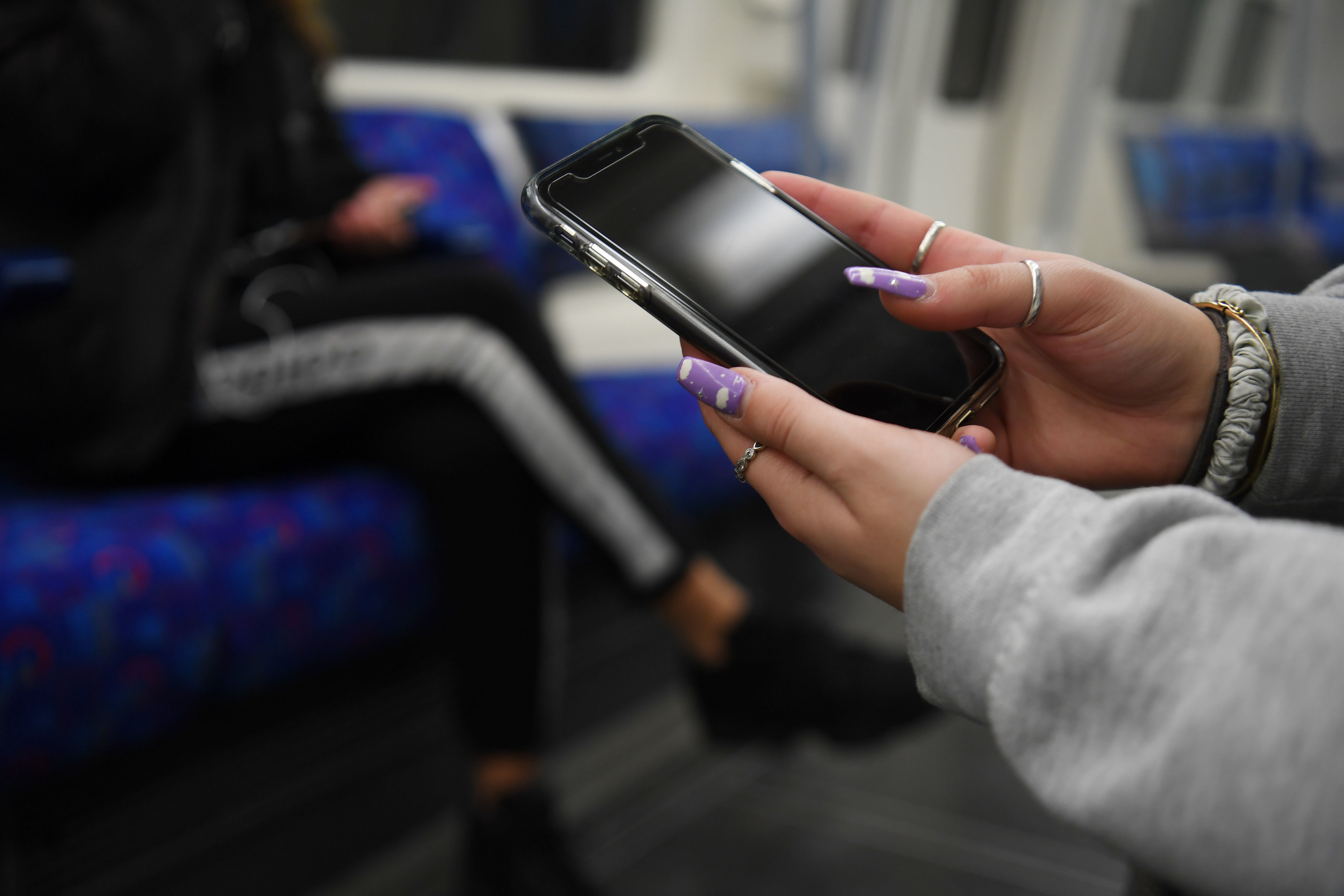 Cyber-flashing is defined as sending obscene images to a stranger, often via the file-sharing function AirDrop on Apple devices or Bluetooth.

These digital services allow pictures to be sent to anyone within an approximate 30ft radius without revealing the sender’s number or identity.

While users have to accept the image to have it saved on to their device, most photos flash up on screen as a preview first.

Julia Carne has been targeted by a cyber-flasher twice while out with friends. 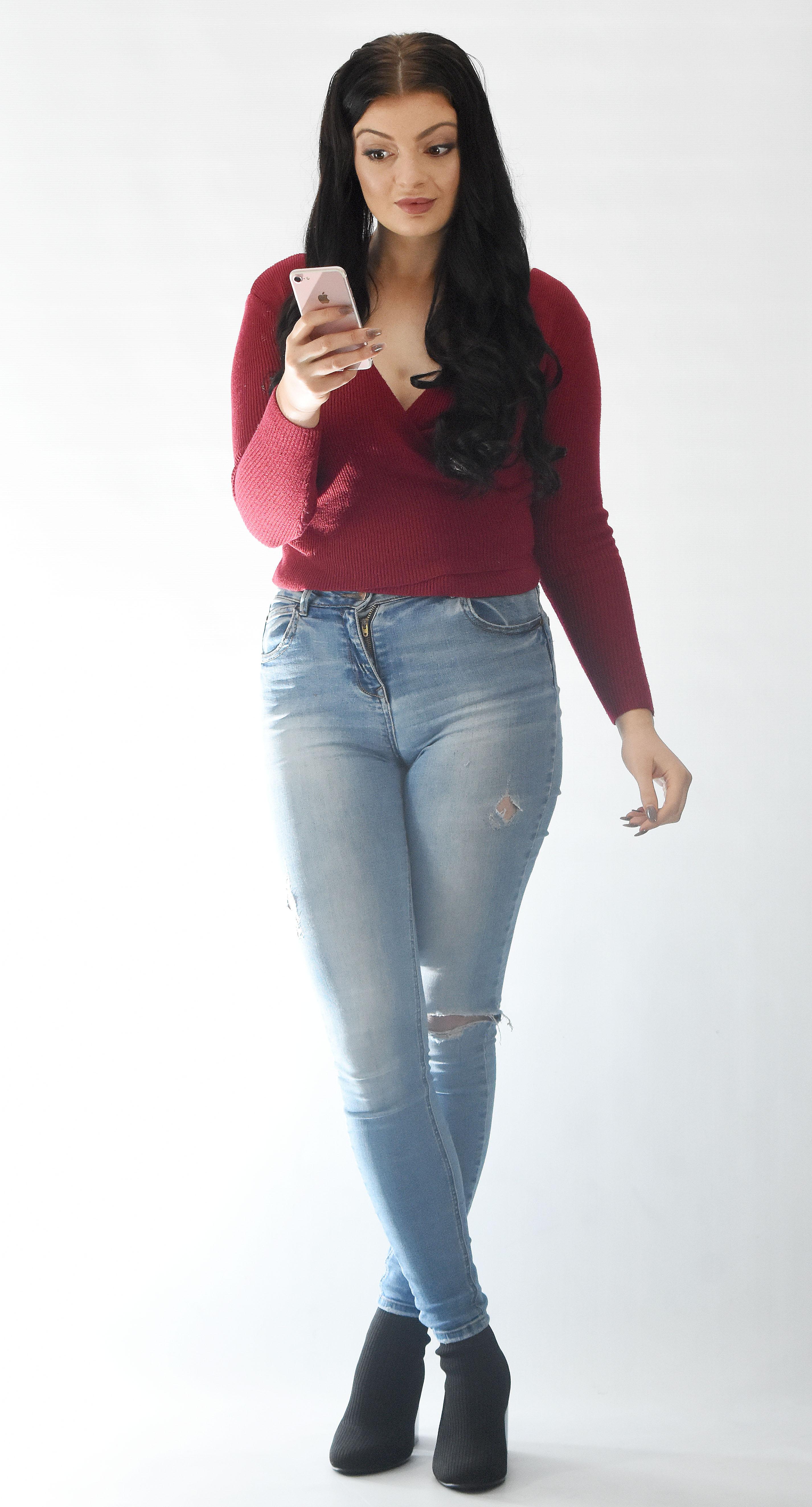 The 22-year-old hospitality manager from Truro, Cornwall, now feels vulnerable when on her own in public and wants cyber-flashing to be taken seriously.

She says: “The first time it happened was in April last year.

“I was at a bar with my friends and suddenly my phone started flashing.

“It flashed up that an iPhone wanted to AirDrop me pictures, and I assumed it was my friends so I just tapped accept.

“Suddenly I had two pictures of a man’s penis on my phone.

“I couldn’t believe it.

“I showed my friends and asked if it was them, but they were all horrified, too.

“One of my mates, who is into technology, said the person who AirDropped them was near us because you have to be really close to be able to send in this way.

“I felt really uneasy that someone I didn’t know was able to send their intimate parts to my phone and I felt even more anxious when one of the lads in our group pointed out that the tiles in the background were from the men’s toilet in the bar we were in.

“I tried to ignore it, but 20 minutes later another one came through.

“I didn’t even have to accept it to see the preview — it was a picture of a drink on a bar where we were sat. I couldn’t see anyone or the drink.

“But I suddenly felt really vulnerable knowing some guy was watching me, sending these pictures to my phone and taunting me.” 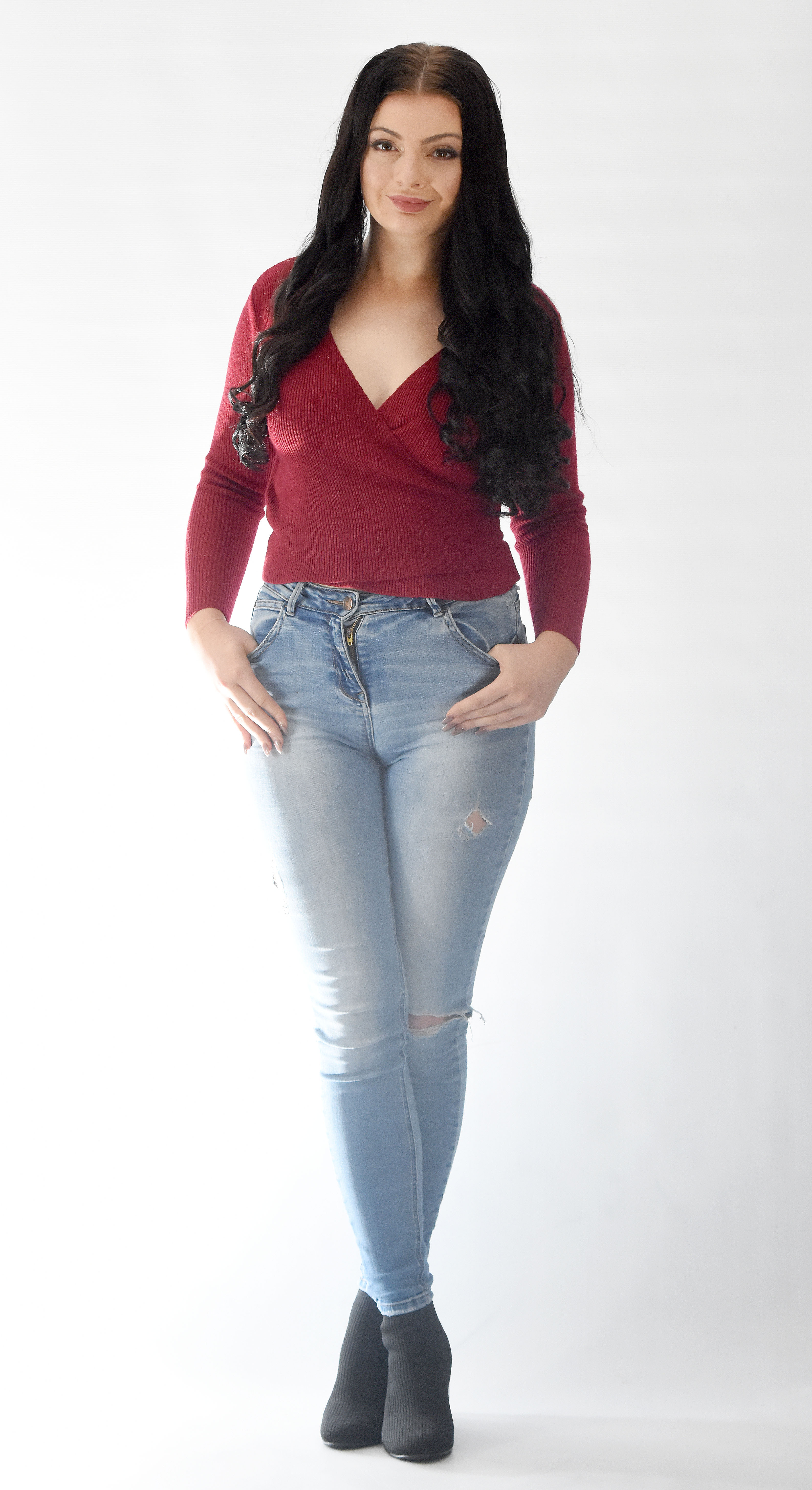 Feeling uneasy, Julia decided to speak to the bouncers.

She says: “They said it could just be one of my mates having a laugh.

“They told me to stay with my friends and promised to keep an eye on me.

“All night I was on edge and I felt so scared I got a taxi instead of a bus home.”

Julia was targeted again a few weeks later while waiting for public transport.

She says: “I was out and left my friends around midnight to get the bus home.

“I was waiting at the bus stop when my phone flashed — and my heart sank.

“I was being AirDropped more pictures from a stranger. 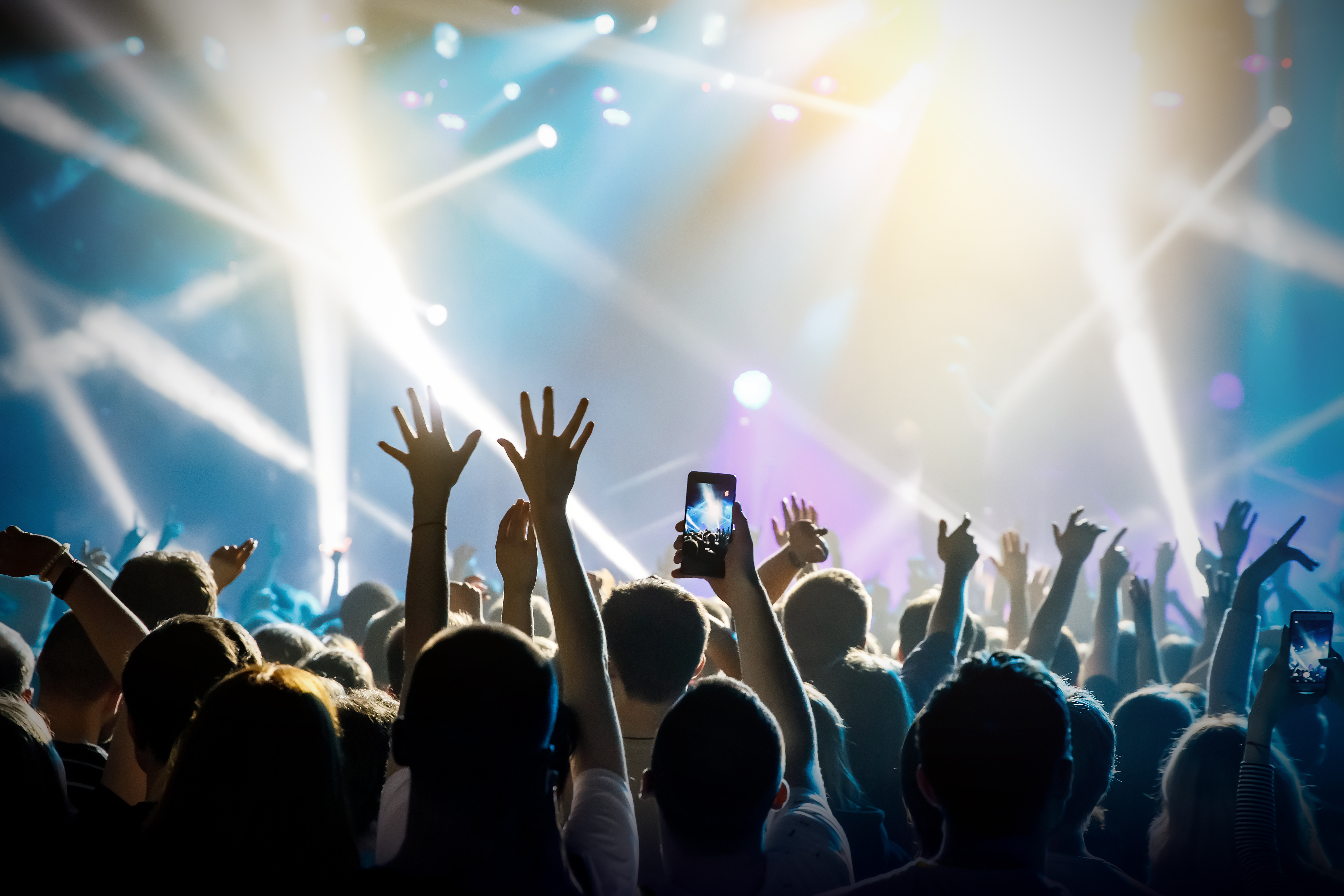 “It was another penis picture, and pictures of the bottom half of a man’s body in jeans in the dark.

“I looked around but I had no way of knowing who it could be.

“The whole way home I was terrified I was being followed.

“The next day I went to my phone provider and they said to make sure I set my AirDrop to private.

“But it’s left me looking over my shoulder all the time.

“This unacceptable behaviour should be made illegal and people need to be aware of how to protect themselves.”

Cyber-flashing was made illegal in Scotland in 2010, punishable by up to two years in prison and a place on the Sex Offenders’ Register.

It is much the same way as how flashing in person is treated.

But in England and Wales, it is still not illegal. 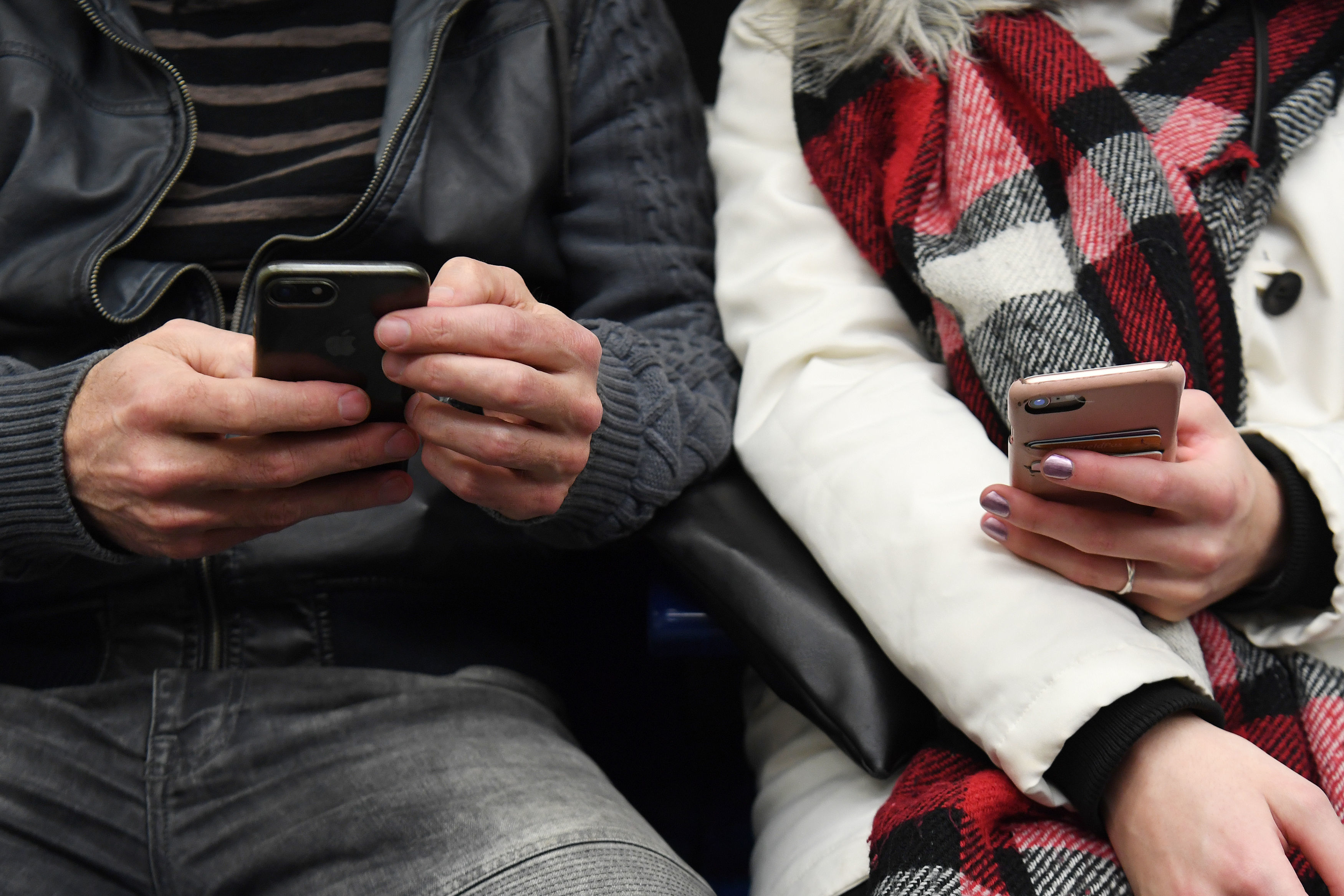 Last July, MP Vicky Ford told the House of Commons that cyber-flashing should be outlawed.

"The Conservative MP for Chelmsford said: “A teenage girl, if she walks down the street and a man flashes his mac at her, that’s illegal.

“It shouldn’t be legal to send that same teenage girl a photo via AirDrop in a public place.”

In October 2018 the Women and Equalities Committee recommended introducing a new law to criminalise all non-consensual creation and distribution of intimate and/or sexual images.

But last year the Government turned it down, saying receiving explicit images can be reported as harassment. 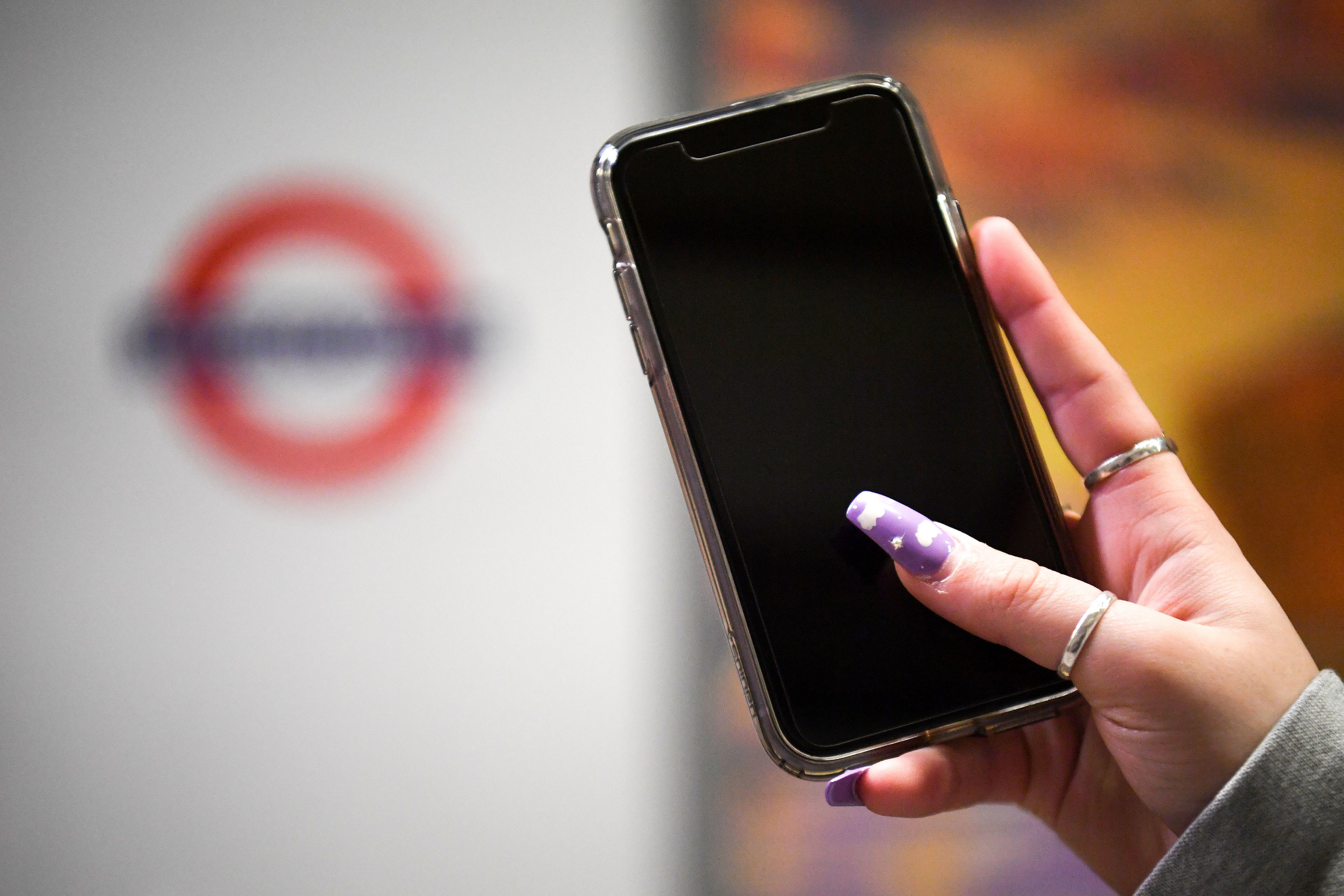 The Law Commission is currently looking into possible new legislation that would cover offences including cyber-flashing, but there will be no report until next summer.

In the meantime, a growing number of children and teenagers are being targeted by sexual images.

With 50 per cent of ten-year-olds now thought to own a smartphone, parents are being urged to disable the file-sharing functions on their children’s devices to keep them safe.

Mum of one Ciara Duggan could not believe it when, just three months after she became the victim of a cyber-flasher, her eight-year-old daughter was harassed in a similar way. 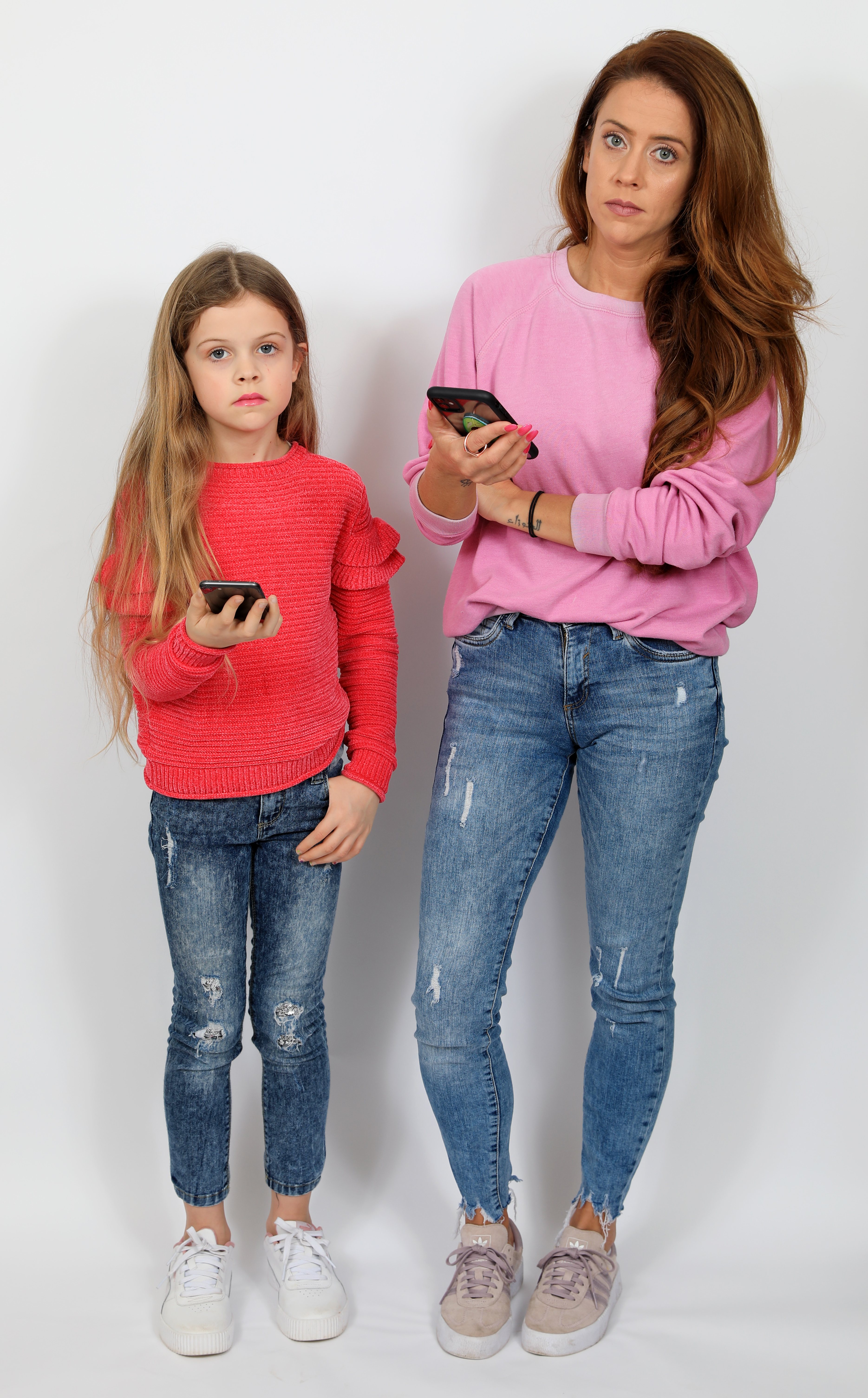 The 31-year-old careworker, from Sunbury on Thames, Surrey, believes technology is failing to keep us safe.

She says: “I never dreamed I’d be flashed in broad daylight on the London Underground, surrounded by people.

"I was heading to meet a friend on a Saturday morning in October last year.

“My phone buzzed and there was a big image on the screen of a man’s penis, asking me to accept.

“I was shocked and at first assumed I’d accidentally picked up someone else’s phone.

“But then I realised and my stomach sank.

“I knew enough to know the person sending it had to be nearby, and I automatically started looking around.

“There were people everywhere, including lots of men, and every time one of them made eye contact with me I felt sick, assuming it was them.

“I just wanted to get to my friend as soon as I could.

“My mind raced. Who were they? Where were they? Was I safe? Who should I tell? I felt disgusted and violated. 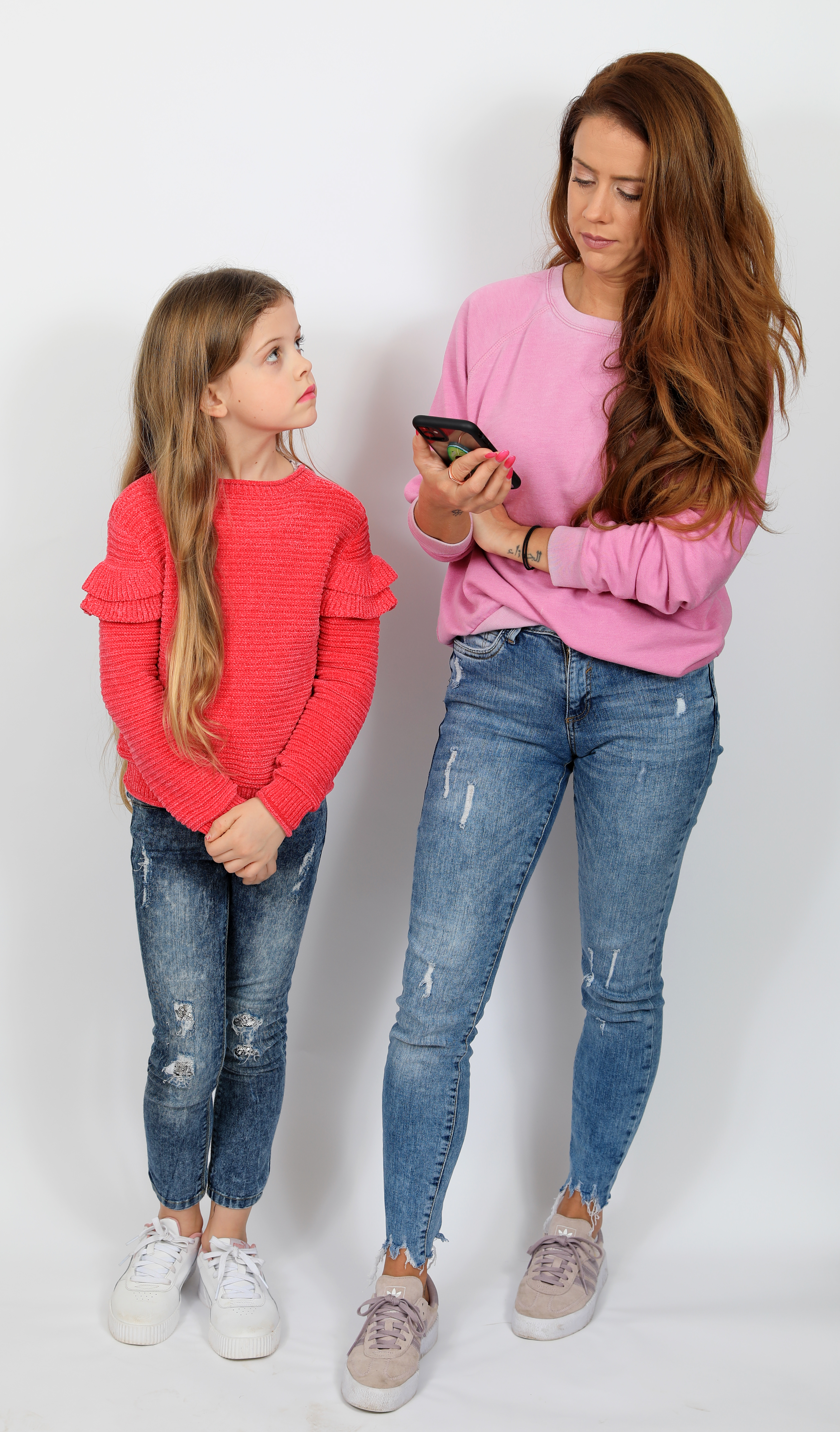 “When I got to the station I rang my partner Jordain.

“He asked me what I wanted to do but I honestly didn’t know.

“There was no way to track the sender and the thought of having to show someone the picture made me feel humiliated.

“I regret it now, but at the time I just wanted to forget about it and have a nice day. So I didn’t report it.” 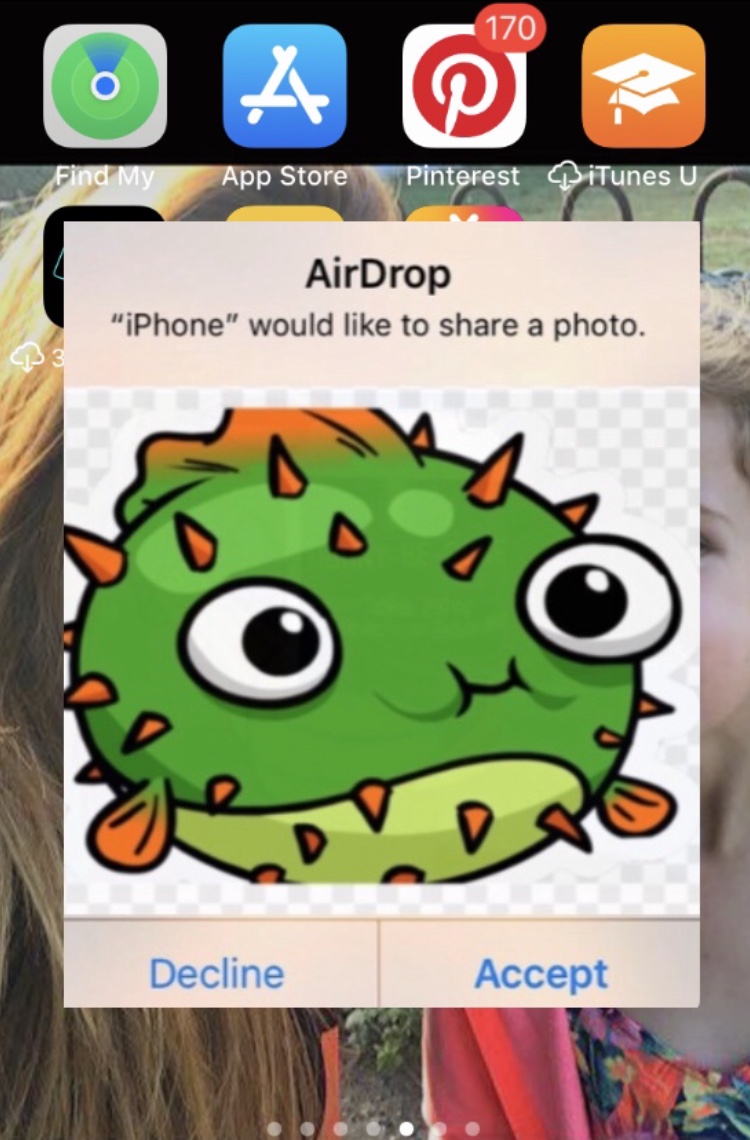 Ciara says: “I was shopping with Teagan when she said she had a picture on her phone.

“I looked and saw a weird image of a cartoon on her screen, asking to be accepted.

“I was shocked that someone was trying to AirDrop a child.

"The picture wasn’t explicit but it was strange, and I know there are lots of these weird images that circulate around kids that can be really dark.

“I disabled her AirDrop and kept the phone on me all day.

“Technology is great but the minute it makes you feel unsafe, then it has gone too far.

“Cyber-flashing needs to be recognised as a crime before it gets worse.”

‘Tell cops as soon as possible’

DETECTIVE Inspector Ashley Cooper, of the British Transport Police, says: “If you are a victim of cyber-flashing, our advice would be to report the matter to the police as soon as possible.

“To help protect your privacy while travelling on the rail network, we would advise people to review their AirDrop settings so they can only receive messages from people in their contacts list.”

First, take a screenshot of the material with your device. Although you might not want this material on your phone, this is key evidence you can send to the police.

British Transport Police has a number the public can text to report an incident – 61016.

Here, you can discreetly report a crime or other incident on public transport, not just cyber-flashing.

The iPhone has an AirDrop setting that means you will see only images from phone numbers saved in your phone.

By selecting “Contacts Only” in the settings, you can protect yourself without limiting your use of the handy function.