The team tapped Undefeated cofounder James Bond to design the car for the Indy 500 on Sunday, May 30. Bond applied Undefeated’s signature tiger camouflage pattern on the race car and applied the #7 Arrow McLaren SP team’s orange color to the vehicle.

“It came together pretty quickly,” said Bond. “[Team driver] Felix Rosenqvist liked what he saw and the Arrow McLaren team was really happy with it. Hopefully we hit this perfectly, and we’ll see how the fans react.”

Bond continued about the Indy500, “I like automobiles, cars and driving and the layman’s style, but many drivers are familiar with sneaker culture and streetwear fashion.” 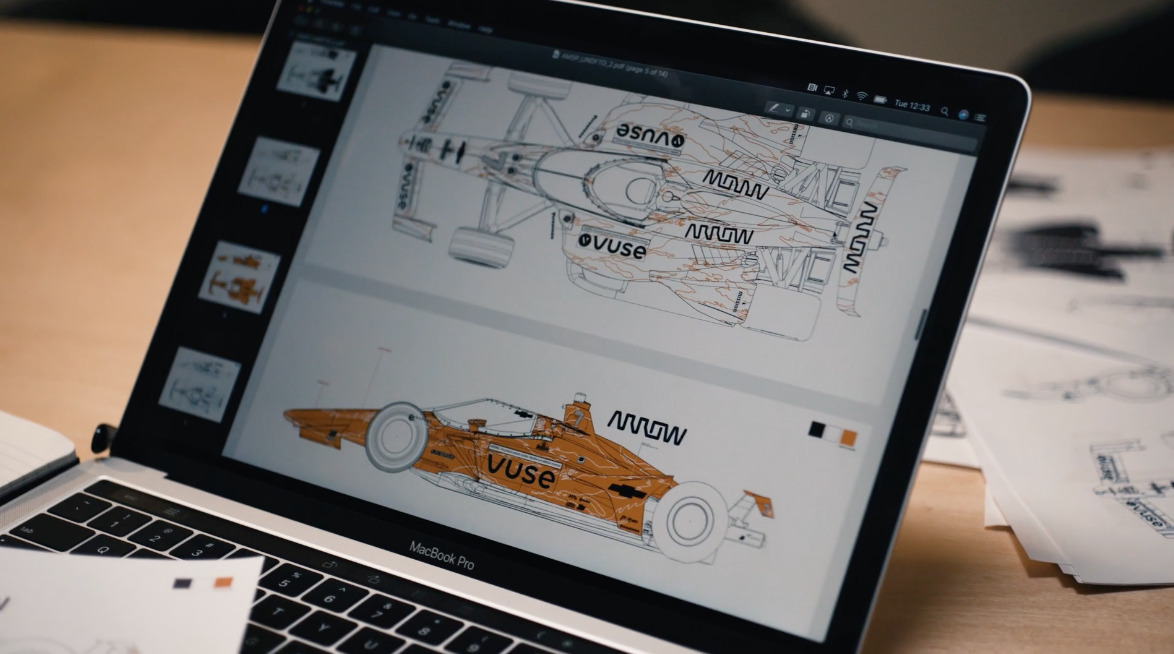 A rendering of the #7 Arrow McLaren SP race car by Undefeated. Courtesy Photo

This partnership is seen as a model for the Vuse Design Challenge, where designers and fans are invited to design their own version of the #7 Arrow McLaren SP race car.  The submission with the most votes will be announced on May 31, and the first-place winner will enjoy an all-expenses paid trip to the Vuse x AMSP Race Team Weekend in Nashville for the Music City Grand Prix in August, along with a cash prize of $10,000. The second-place winner will receive $2,500 and the third- place winner will receive $1,500.

Bond said he hopes his participation will inspire more young designers to try their hand at designing the Arrow McLaren SP car themselves. “I’m excited to see what people come up with,” he said.

This partnership is another example of streetwear’s influence. What was traditionally reserved for street sports and activities like basketball and skate has extended into luxury commodities and racing sports, which isn’t to say that streetwear and street racing have never interacted. “This culture isn’t far off from mainstream culture,” Bond said. “A lot of the drivers are familiar with sneaker culture and streetwear fashion.”

He continued about streetwear’s influence, “I think as we’ve gotten older, the industry has grown,” Bond said. “As we get older, our processes mature as well. Streetwear has also become luxury. The culture has changed. It’s not the suit and tie every day and the luxury items have changed. A lot of guys in streetwear drive very nice cars. Luxury and streetwear have now come hand in hand even down to travel.”