AFTER the birth of Prince Harry and Meghan Markle's first child, everyone has babies on their mind.

But, as all first time parents know, the arrival of a baby causes a seismic shift in every aspect of their lives – including sex. 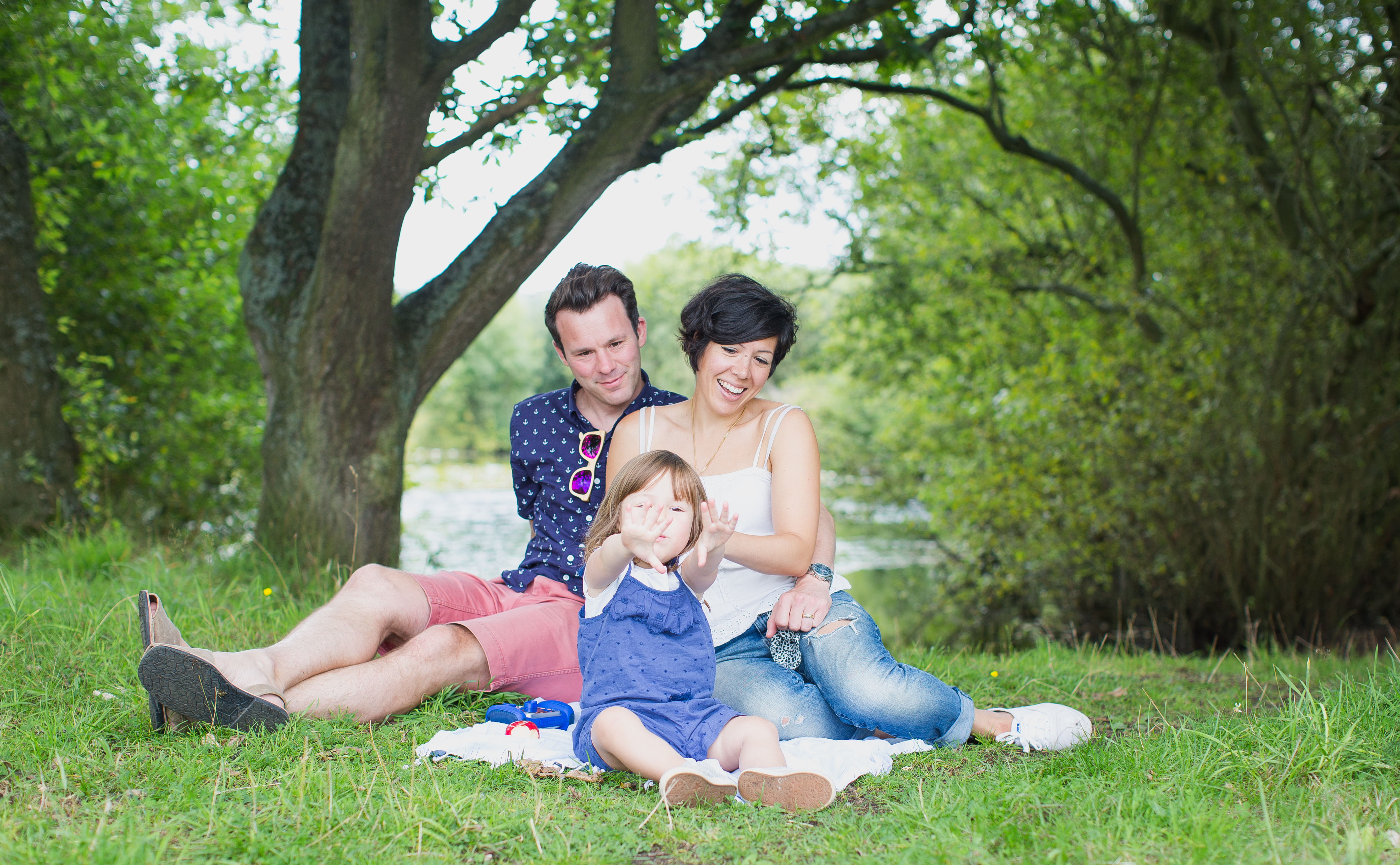 There are no rules about how soon to start doing it again after childbirth but a staggering 83 percent of women suffer pain during sex in the first three months and 64 per cent for six months after.

Mum-of-three Debbie Hodge recently revealed she had sex TWO HOURS after giving birth but, for many, it can take months or even years to get back in the saddle.

Here two women give brutally honest accounts of their experiences of sex after birth.

Clio Wood, 35,  is a former headhunter and now runs postnatal website &Breathe. She lives in Hertfordshire with husband Bryn,36, and their four-year-old daughter, Delphi.

Clio says: “Byrn and I had been married for three years before I had Delphi, and our sex life was good, although not particularly frequent.

Delphi was born in the summer of 2014 and it was a traumatic experience. I was in labour for four days – ventouse (a suction cup attached to baby's head) and forceps (medical tongs) were used – then I had an episiotomy (a cut in the skin between vagina and anus) and internal grazing. All of this was without an epidural.

To make matters worse, the cord was round Delphi's neck meaning her heartbeat slowed. 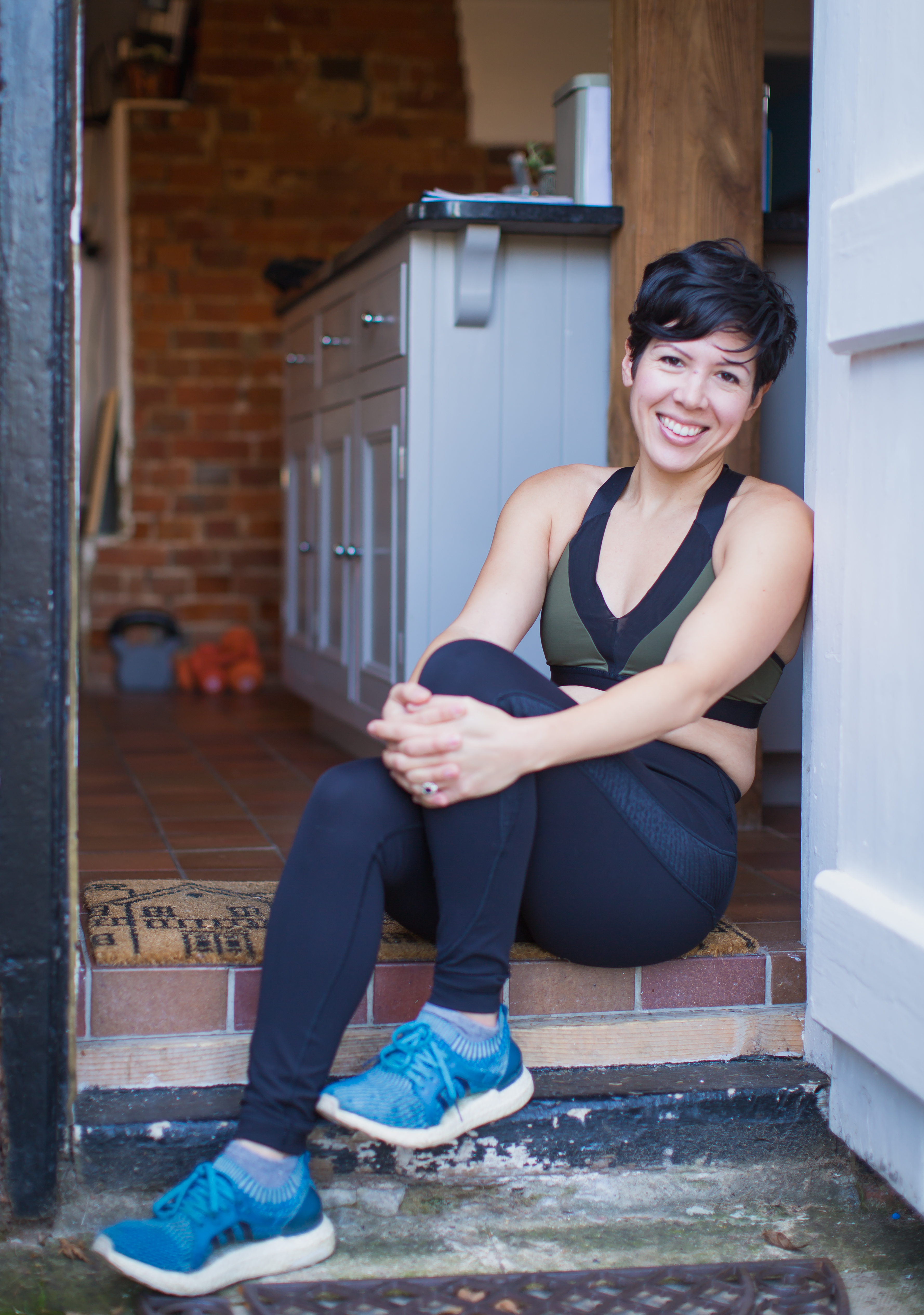 Clio says sex after childbirth was too painful for over a yearThe pain was horrendous. I remember banging my head against the brick wall, just to try and feel pain elsewhere.

When doctors tried to free her from the cord, it snapped and she lost quite a lot of blood so she was in an incubator for four days, which made it all the more traumatic.

For the first few weeks sex didn’t even enter my head.

I was in pain. I was tired, hormonal. I had postnatal depression. There was absolutely no way I would have considered it and Bryn is not the sort of man to put pressure on me.

Besides, he was present at the birth and saw what my body went through which I think would make most partners more understanding.

But after about eight weeks, I thought maybe we should try to be a bit more romantic and intimate with each other.

We talked about it and we agreed that yes, it might be nice idea. But it didn’t go well.

I was nervous beforehand because I didn’t know what was going to happen.

I found childbirth extremely painful and the mental association between the vagina that had birthed a baby and it’s other purpose, sex, was a hard one to get over.
After about ten minutes I had to ask him to stop – the pain was unbearable. It felt like broken glass inside me.

It was instantly clear that vaginal penetration just wasn’t going to happen.

I couldn’t try again for about a month and the second time was just as disastrous, leaving me in searing pain. 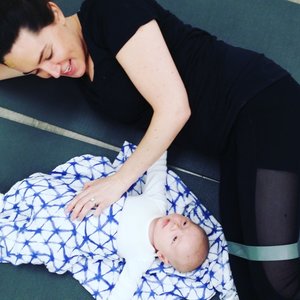 I went to see the GP twice and saw a gynaecologist, but I was pushed around the houses for a year and at no point was I directed to someone who could actually help with the problem.

They tested for infections of my scars and grazes but they found nothing.

A year after the birth, I was lucky enough to be introduced to a women's health physiotherapist, who said that my pelvic floor was too tight because I had never been taught to release after doing the pelvic floor lift.

That coupled with the episiotomy scar and the internal scarring, which was highly sensitive, was just too much to handle.

She told me you should always massage scars, even internal scars, to help them heal and rehabilitate and no one had mentioned that to me. 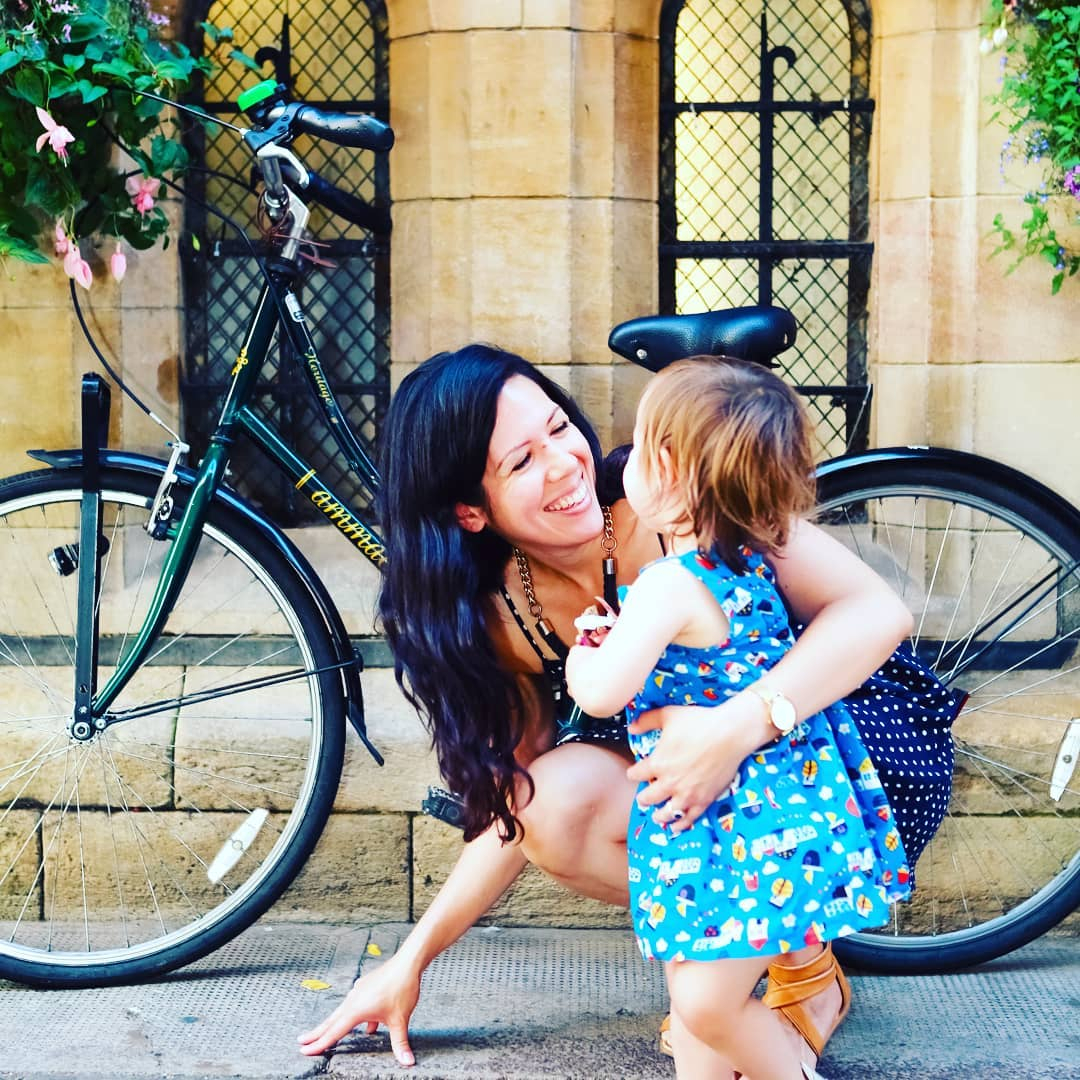 It took me over a year to want to try and have sex again, and it had a massive impact on our relationship.

Bryn and I weren’t talking properly, we were fighting with each other and if you kind-of-hate each other the sex is not going to be great anyway.

We came very close to splitting up but we decided to work together and we both had therapy to talk through the issues.

My physiotherapist gave me a programme of massage for the scars and taught me how to do my pelvic floor exercises properly, because about 50 per cent of women are doing them wrong. 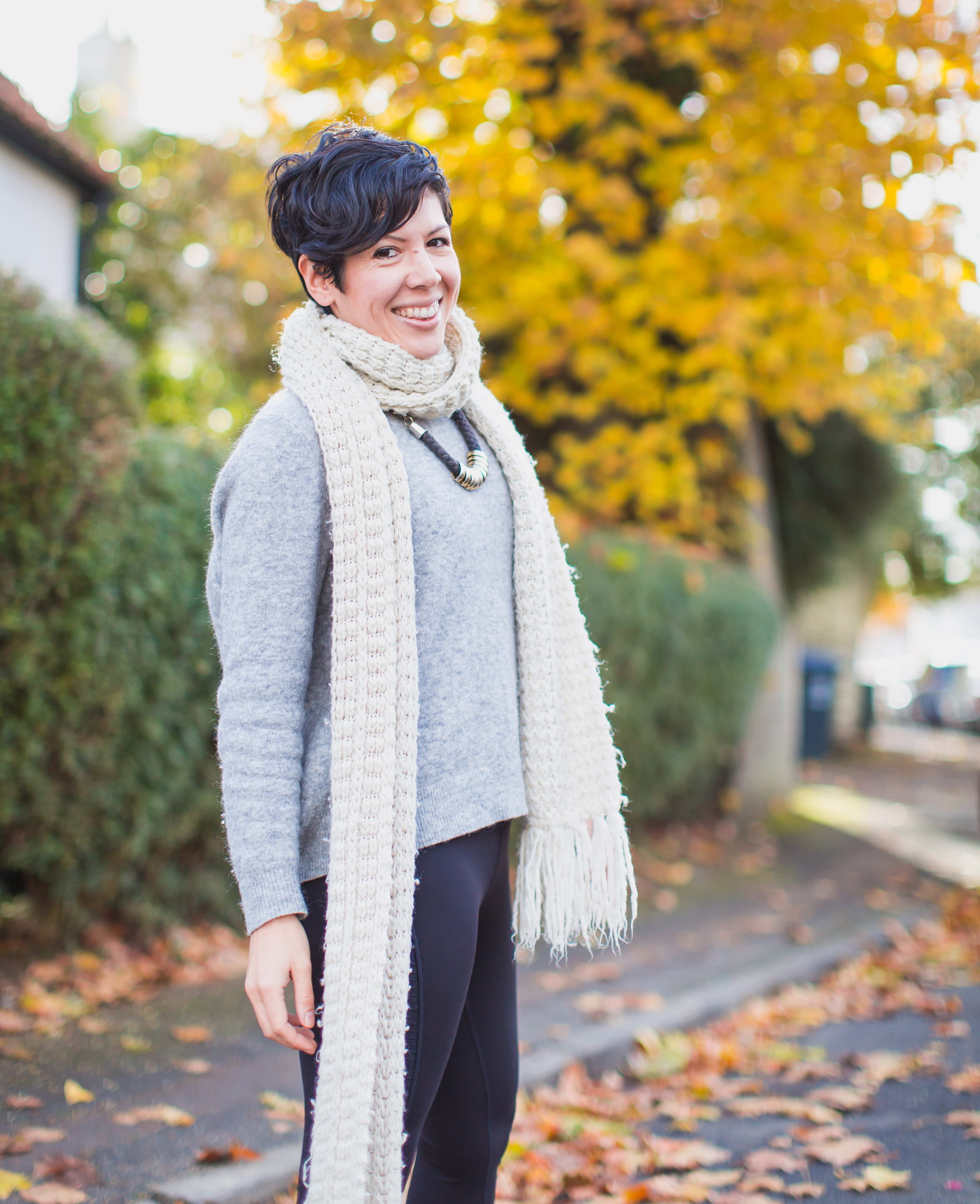 It took about two years before Bryn and I were able to have satisfying sex again but now it’s better than it was before I had Delphi because it's something that we both worked on together.

The months after the birth were a car crash period in my life and spurred me to set up &Breathe, to offer retreats and raise awareness of the issues new mums face.

It’s time to talk about sex."

'One date asked if I had a Harry Potter scar'

Amy Nickell is a writer and a single mum who lives in London with four-year-old son, Freddy.

Amy says: "After you’ve given birth, the thought of even a Tampax going up 'you know where' is the stuff of nightmares. So actual sex? Well, yes, the terror is real.

My friend Becki described her first post-baby romp in a way that rumbled round in my head throughout my pregnancy and stayed with me into early motherhood: ‘Imagine a little sock getting lost in the washing machine…’ 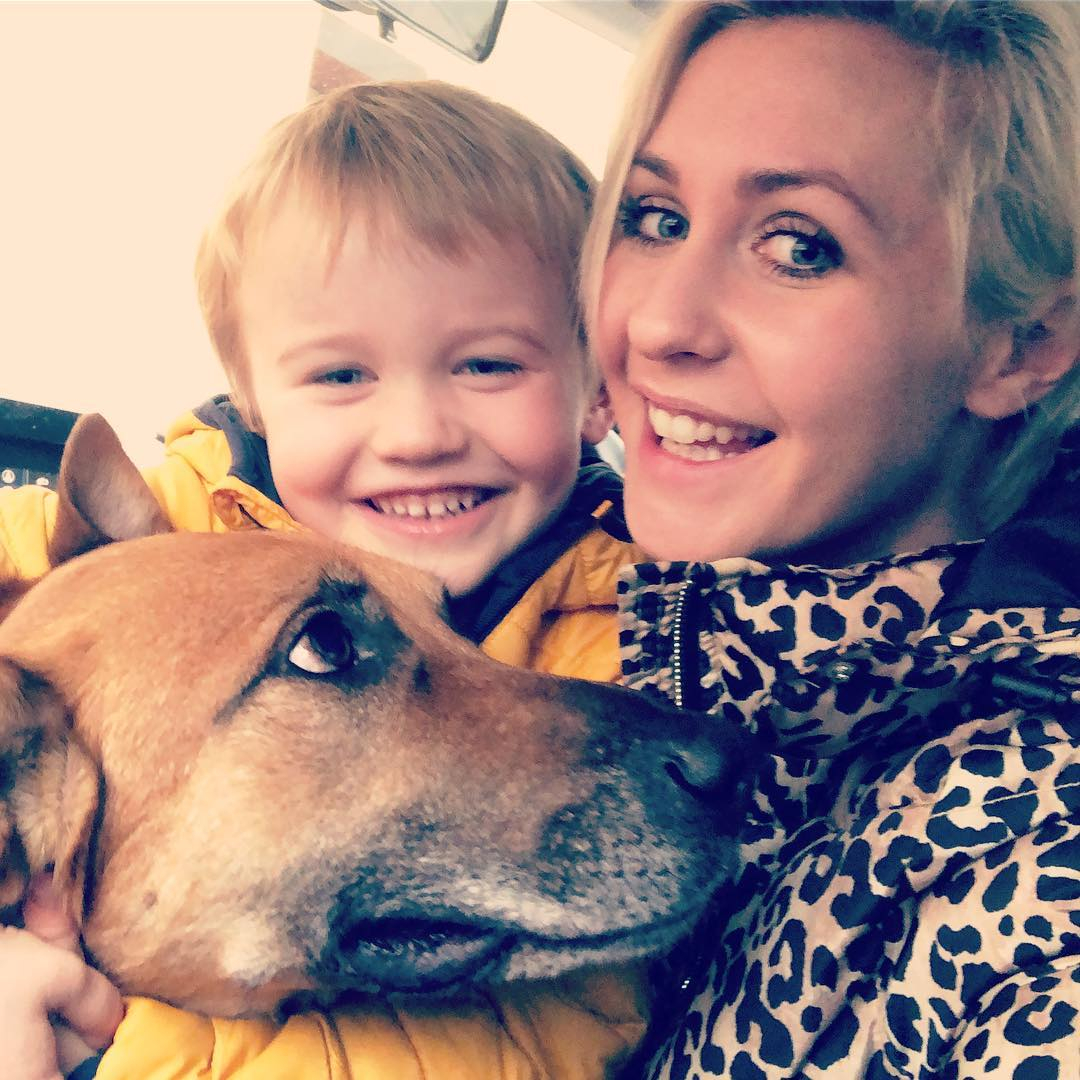 It was official, I would never have sex again.

At the start of my pregnancy, my son’s dad had told me that he wasn’t ready to be a father and had scarpered without trace, so I didn't have a partner at the time of the birth.

But frankly, after pushing out 7lbs of person, my lady parts were suffering serious PTSD. Following that battering, they needed a rest.

I know some women are back at it days after giving birth and I applaud them for their bravery but I wouldn’t have had the courage even if I had a partner.

Having been unceremoniously dumped, I spent my pregnancy and early days of motherhood without anyone to marvel at what my body could do and, at the very least, be obliged to have sex with me.

If I’m being honest, that’s the only thing I envied about women whose baby-daddies hadn’t had second thoughts. 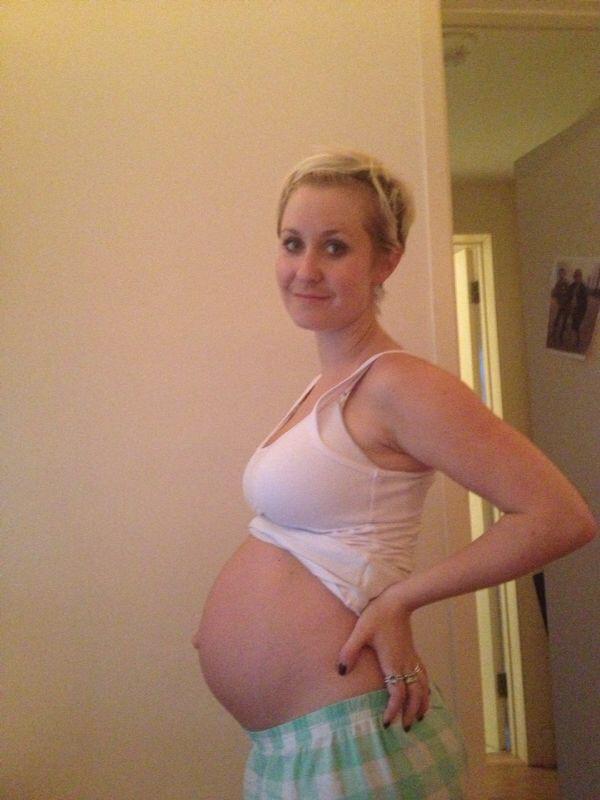 My son Freddy was a wonder and I loved being a mum but eventually I was ready to get back on the horse.

So deciding the nunnery life wasn’t for me, I finally plucked up the courage to find me some fun of the adult kind. It had been a long 18 months.

The last time I had sex before that I’d inadvertently managed to create a new human life so it couldn’t be as eventful as that, right?

But one tiny problem continued to present itself – I was now more terrified than when I lost my v-plates.

In fact, it was as if they’d been reinstated but with an extra lashing of nerves. 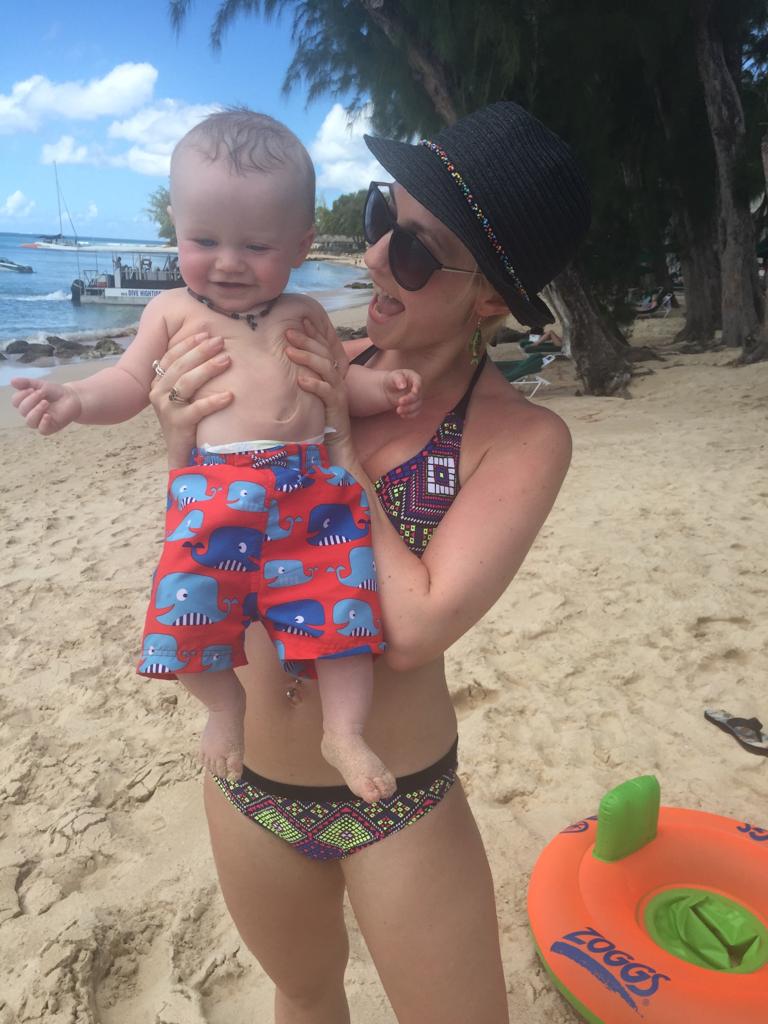 Presenting my post-baby bod to a man I actually really fancied was daunting, to say the least.

On dates, some men seemed fascinated by my baby-blighted bits. One charmer even enquired whether I ‘had a Harry Potter scar’. I made a mental note to ask my waxer.

Finally, I did meet someone who wasn’t a total ignoramus. I was convinced he would know that things would be different.

It was about our third date when I knew tonight was the night. So I did what all good, nervous British people do and drank an unwise amount of alcohol. 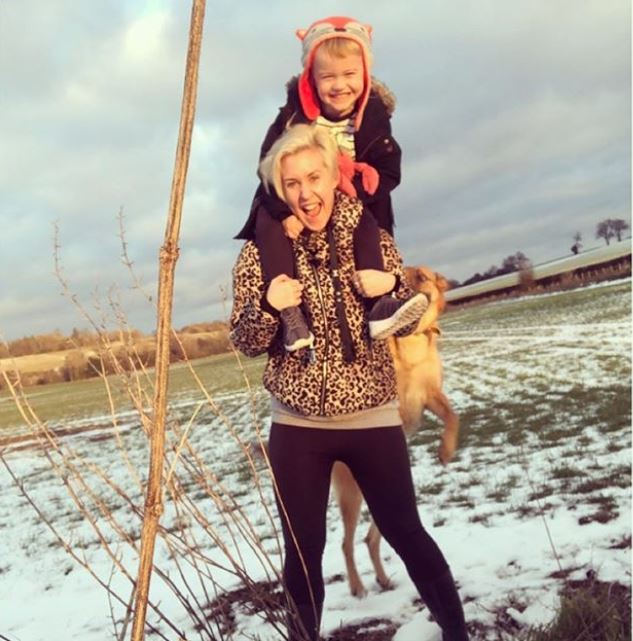 Somehow, the nerves kept me sober and back at his house, we started to kiss and my hands started to shake.

This was when I’d expected to have forgotten what to do and what bit went where. The real surprise was when I didn’t.

It turns out that it’s just like riding a bike. I jumped right back on and remembered very well how to peddle.

For me, it was nothing like that sock in the washing machine. If anything, it was quite the opposite and my main concern was whether the scar would survive proceedings.

All that talk about things being different hadn’t come true and I’ve never looked back.

Instead I’ve looked in the mirror instead… just to check if I really did have that Harry Potter scar. However, I’ll keep that little secret to myself.

&Breathe and Nest are hosting an event tonight called The Truth About Postnatal Sex, at Cuckooz Nest in Clerkenwell London.