EVERY five minutes in the UK, someone suffers a stroke.

Although it is commonly thought to affect older people, it can strike at any age – but the sooner a victim receives the appropriate emergency care, the less long-term damage is likely to happen. 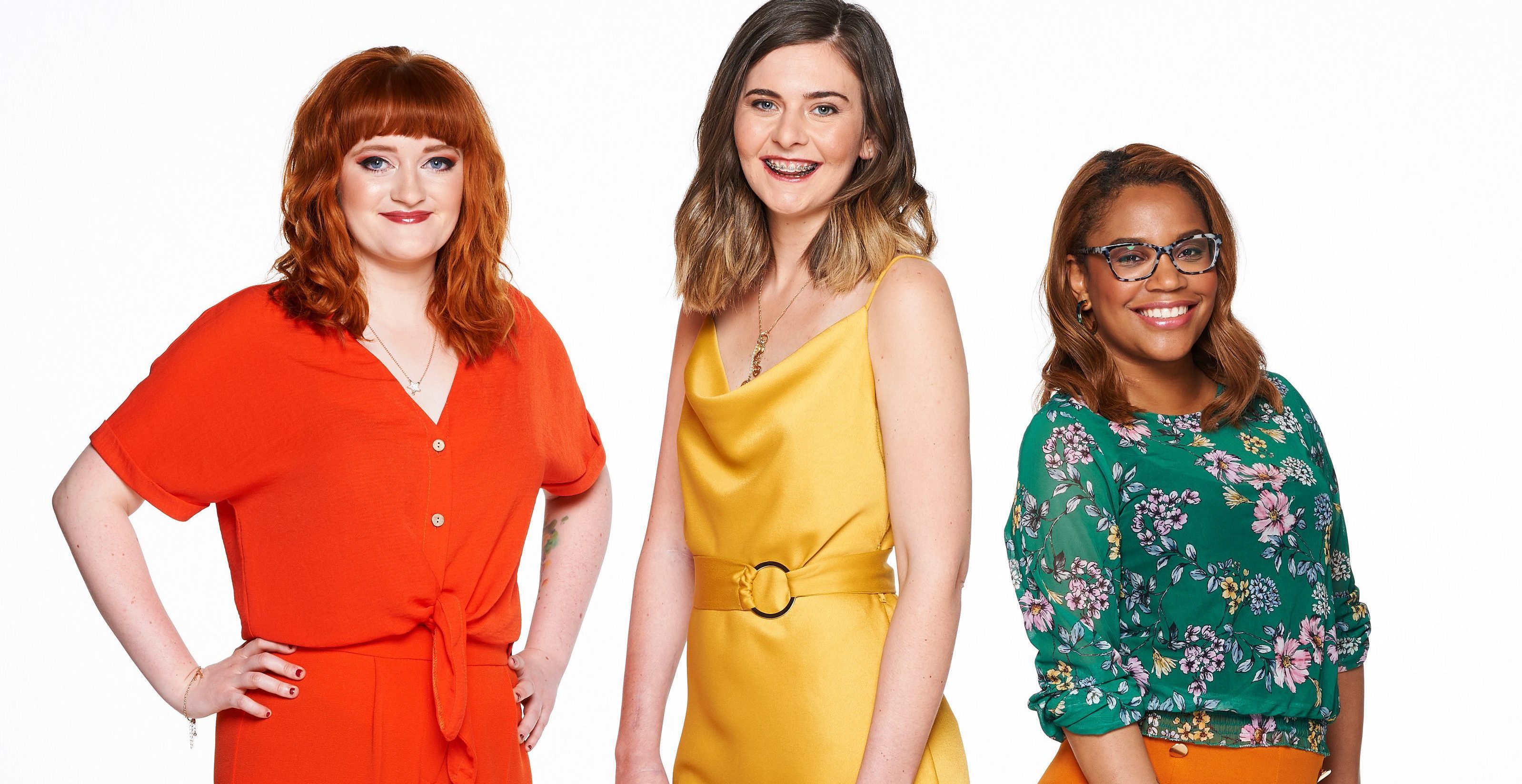 The Stroke Association charity has launched a new campaign, Rebuilding Lives, which aims to highlight the challenges faced by stroke survivors.

The Association’s Mark McDonald says: “Our latest findings suggest that the number of strokes in people under 45 is on the rise.”

Here, three inspiring women tell NATASHA HARDING about their experiences of the medical emergency, in which the brain’s blood supply is interrupted – with potentially disabling or even fatal results.

‘It’s taught me not to sweat the small stuff’

SIMONE GOMES, from South London, was just 19 when she suffered a major stroke. Now 33, she is training to be a teaching assistant.

She says: "I was at home chatting to my then boyfriend when I began vomiting. Then my body went into a spasm and I couldn’t control it.

"My partner called an ambulance and when the paramedics arrived they asked me if I was on drugs.

"It was almost funny, as I’d never even had a cigarette, but I couldn’t answer as I had lost my ability to speak.

"I was taken to Lewisham hospital before passing out. When I woke up, I was in intensive care. 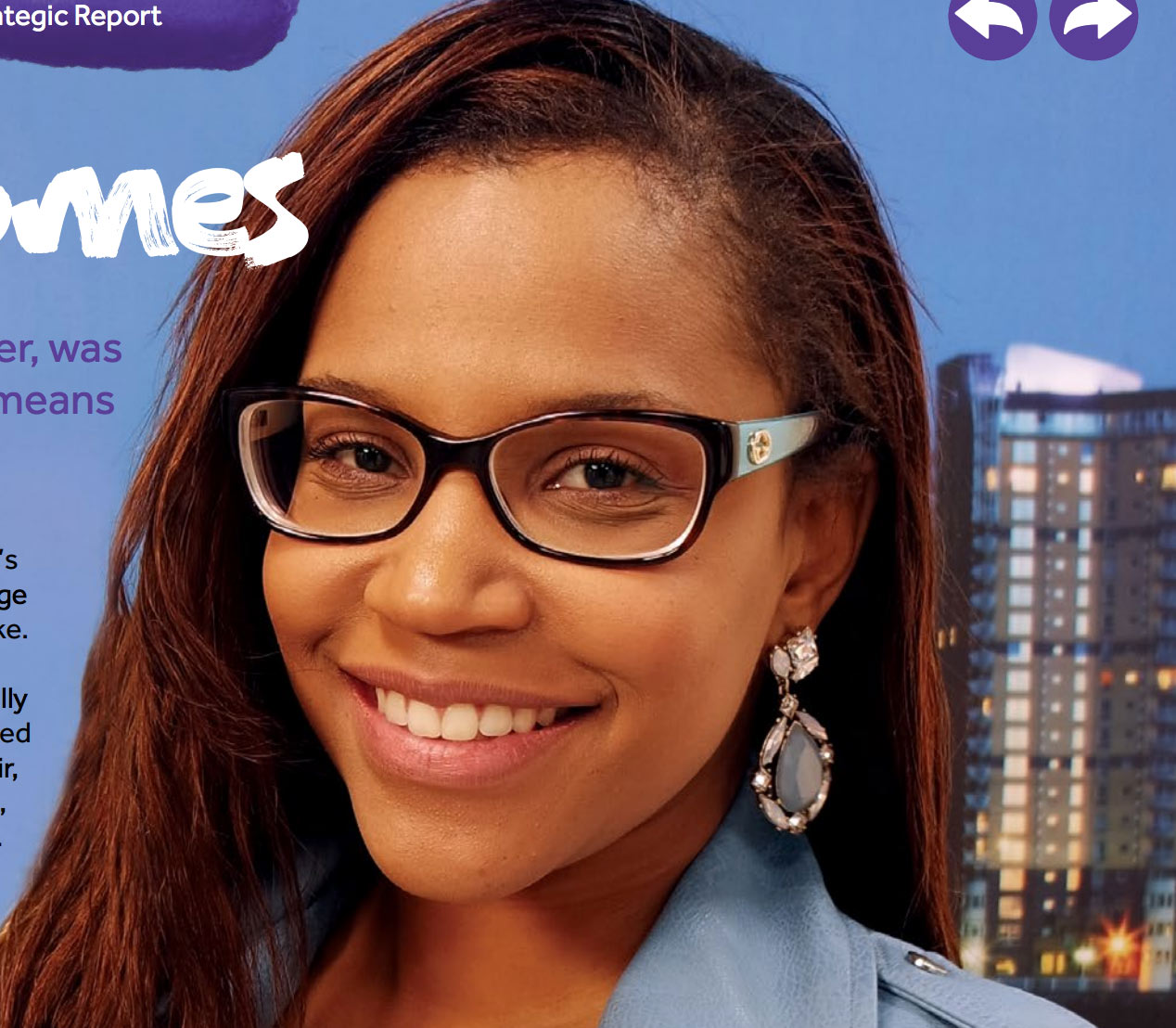 "It took five days of tests before the doctors realised I’d had a major stroke, as well as three mini-strokes in the previous months, which had been caused by a heart defect I’d had since birth.

"Looking back, I can recall a few times that year when my face had started burning but because it passed quickly I didn’t think any more about it.

"My mum is a nurse, so I knew a little bit about strokes, but I didn’t think it would happen to me as I was so young.

"I was in hospital for weeks and initially couldn’t do anything for myself. Mum had to wash me and I couldn’t sit up on my own.

"I was later sent to the rehabilitation ward where I underwent intensive physiotherapy designed to help me move again. 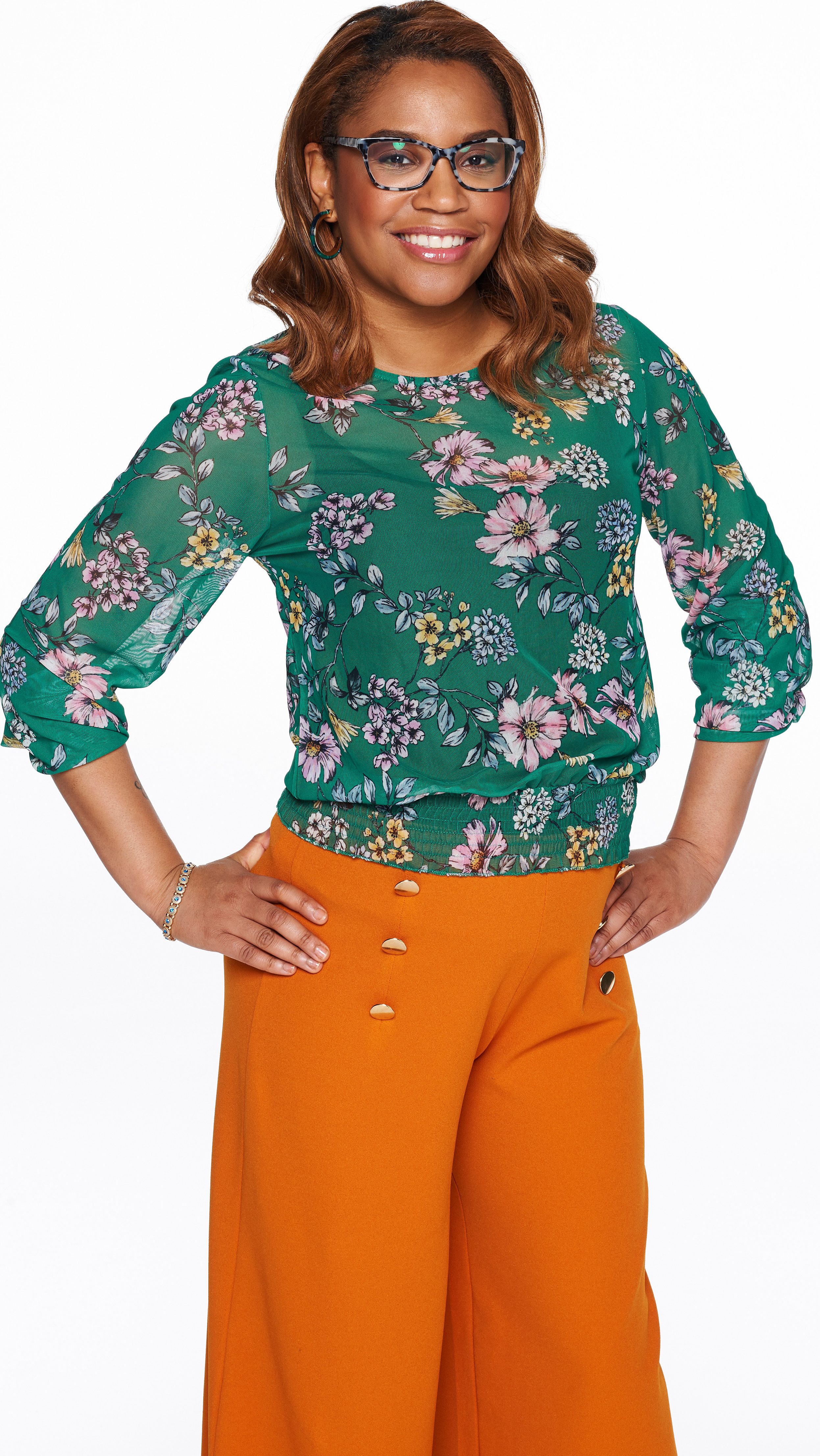 "Six years ago I had a heart transplant which means that I’m now on antirejection medication.

"Even now I have weakness on the right side of my body, and when I’m tired my speech is affected. I don’t have as much energy as my friends.

"Having a stroke has taught me to appreciate my amazing ­family and not to sweat the small stuff.

"I’d say to any young person who has a stroke that there is light at the end of the tunnel and to try to accept their new way of being. We’re not victims, we’re survivors."

WHAT IS A STROKE?

ALICE FORRESTER-SMITH, 26, from Chester, has lived her whole life dealing with the side-effects of a stroke. The ­promotions worker was just a baby when it struck.

She says: "It is thought I suffered a stroke either during or just after being born.

"It wasn’t noticed until months down the line when I wasn’t developing like a normal baby would.

"Apparently, I only used my left hand and showed no signs of ­sitting up independently.
"I didn’t learn to crawl and only walked at the age of two and a half.

"For as long as I can remember I’ve been an outpatient at hospital and have had endless physiotherapy and ­occupational therapy, and even Botox to relax the muscles.

"More recently I had an operation on my right arm to help loosen it, with the hope that I’d be able to use it more ­efficiently.

"Despite my difficulties, my parents and two older sisters encouraged me to “get on with it” and because of that I was pushed to do everything they did.

"After school, I went to university and travelled the world on my own.

"My right side is still much weaker than it should be, but it means my left arm is super-strong.

"I see myself as lucky and I’m so grateful that my family encouraged me as much as they have. I go out, drive a car, have great friends and live my life as fully as I can.

"I might not be as able as some, but I don’t let it hold me back.

"I’ll give anything a go, although I’m also aware of my limitations and know that I can get more tired than others.

"There have been times when I feel that my disabilities have held me back and I’ve struggled to find a full-time job.

"I blog about my experiences and I believe in empowering other people.

"There are days when I feel low but I’m aware that we all have our own battles.

"I haven’t let the stroke define me as a person.
"I’m much more than my disability."

‘I feel I have a new sense of purpose’

STUDENT Luna Jarvis, 21, from Norfolk is studying media production at Lincoln University. Last year she had seven strokes in one day. 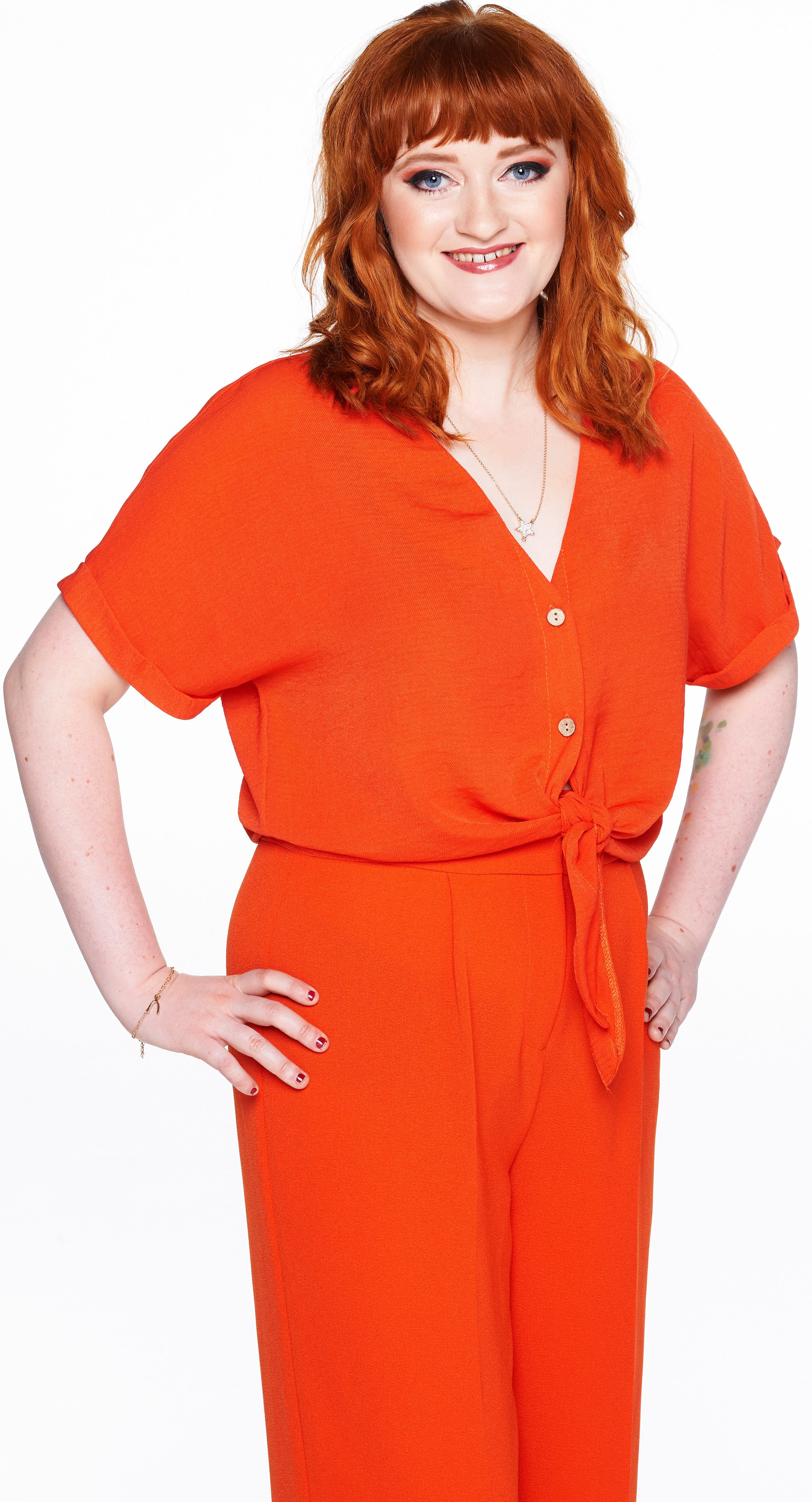 She says: "The day of my strokes began like any other. I was excited as I was going to a media networking event for my university course in London.

"On the coach my face began to feel tingly and my tongue felt as though it was swollen and I couldn’t speak.

"Once in London, my friends took me to first aid and I was assessed by three paramedics who said it was an ear infection.

"Although I didn’t feel well at all and couldn’t speak properly, I made it through the day and slept on the coach all the way home back to Lincoln. 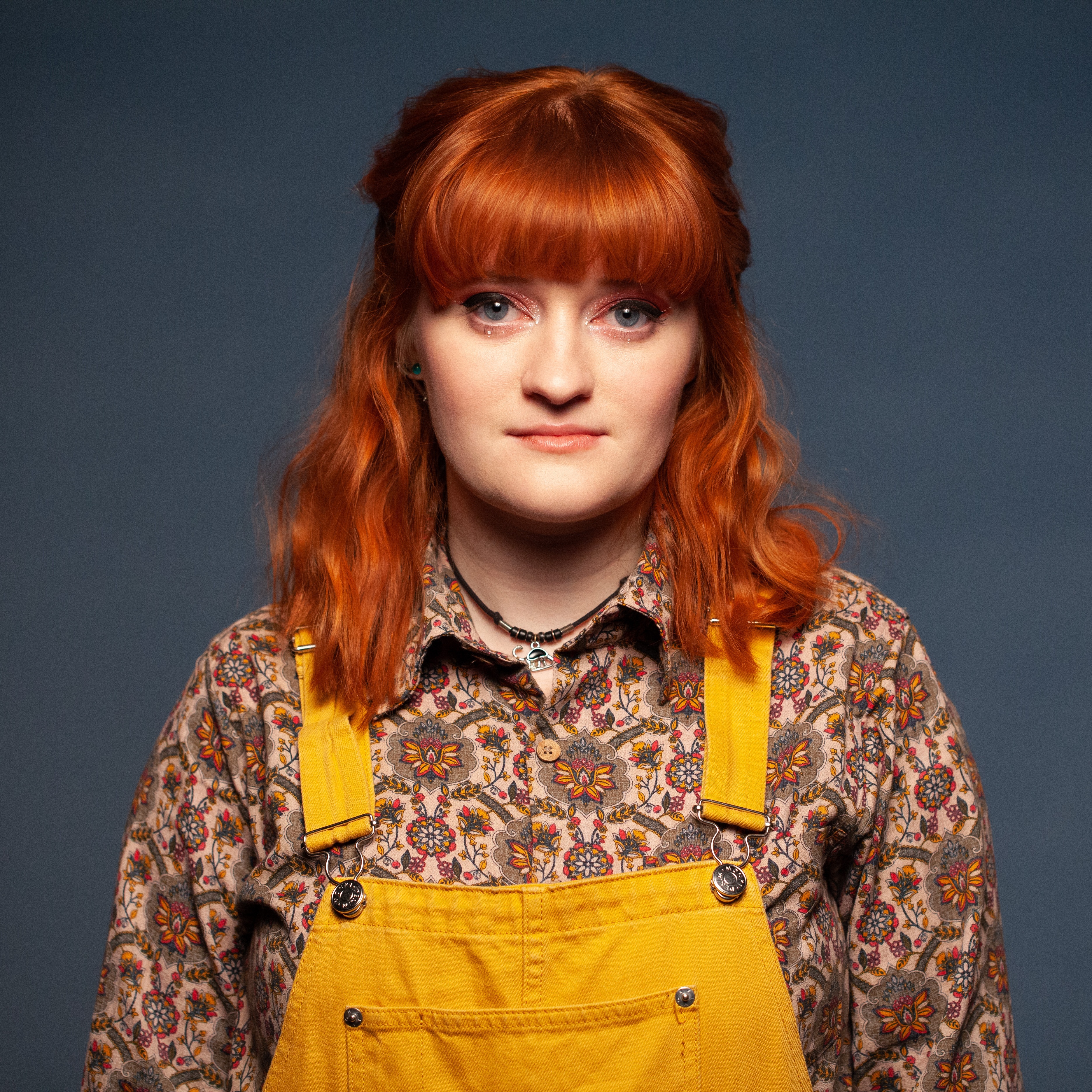 "Once home, I deteriorated rapidly. When I stood up, the room span and I felt half of my body drain and fall out through my feet.

"I knew something was seriously wrong.

"At that point my housemates called an ambulance. After a six-hour wait at hospital, where I had a major stroke on the floor in front of a doctor, who thought I was drunk, they finally ordered a CT scan which showed I’d had seven strokes that day and 20 per cent of my brain had died.

"When my friend Louie – now boyfriend – told me I was being taken to the stroke ward, I asked why, saying, 'I’m not a pensioner'.

"The rehabilitation was very hard. I’d lost the use of my left side, which was more difficult as I’m left-handed.

"I only stayed in hospital for a week and a half before going back to university, even though I still needed a walking stick.

"A year on, I still get incredibly tired and worry constantly that I’m going to have another stroke – I can’t afford to lose any more of my brain.

"I take a blood-thinner to prevent another attack, which was caused by a blood clot in my neck.

"I struggle cognitively at times and my memory’s not always sharp.

"Despite the stroke, I feel I have a new sense of purpose.

"As well as being closer to my friends and family than ever, I’m determined to shine a light on what having a stroke means.

"I want to break the stigma that a stroke means death or a lifetime of disability."