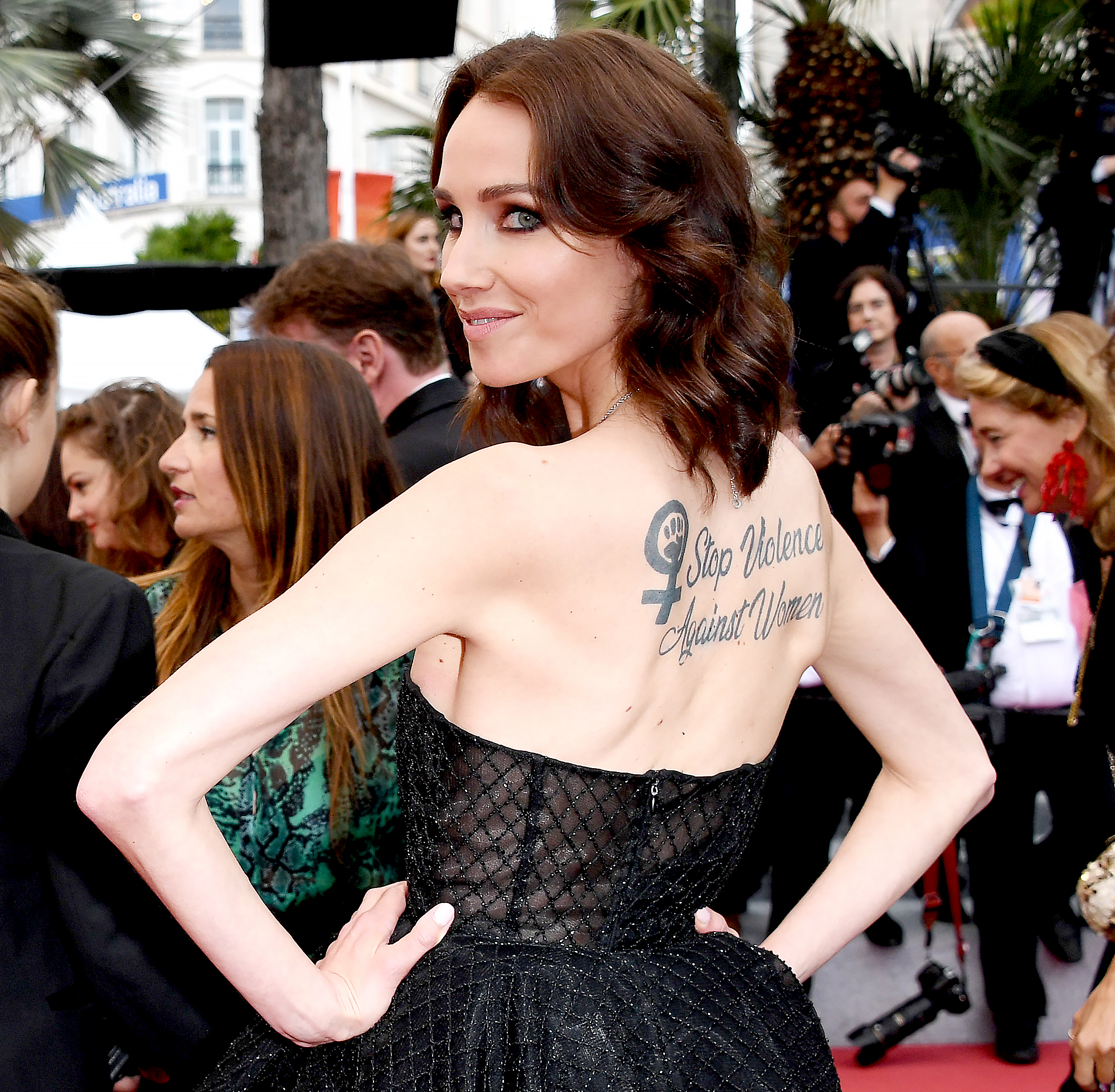 The 2019 Cannes Film Festival has served up some seriously superb style, some of which has come with a strong message.

Belgian-Dutch actress Sand Van Roy attended the A Hidden Life red carpet on Tuesday, May 21, wearing a beautiful black strapless gown. On her back was a large temporary tattoo that read, “Stop violence against women,” next to a Venus symbol with a raised fist inside it. 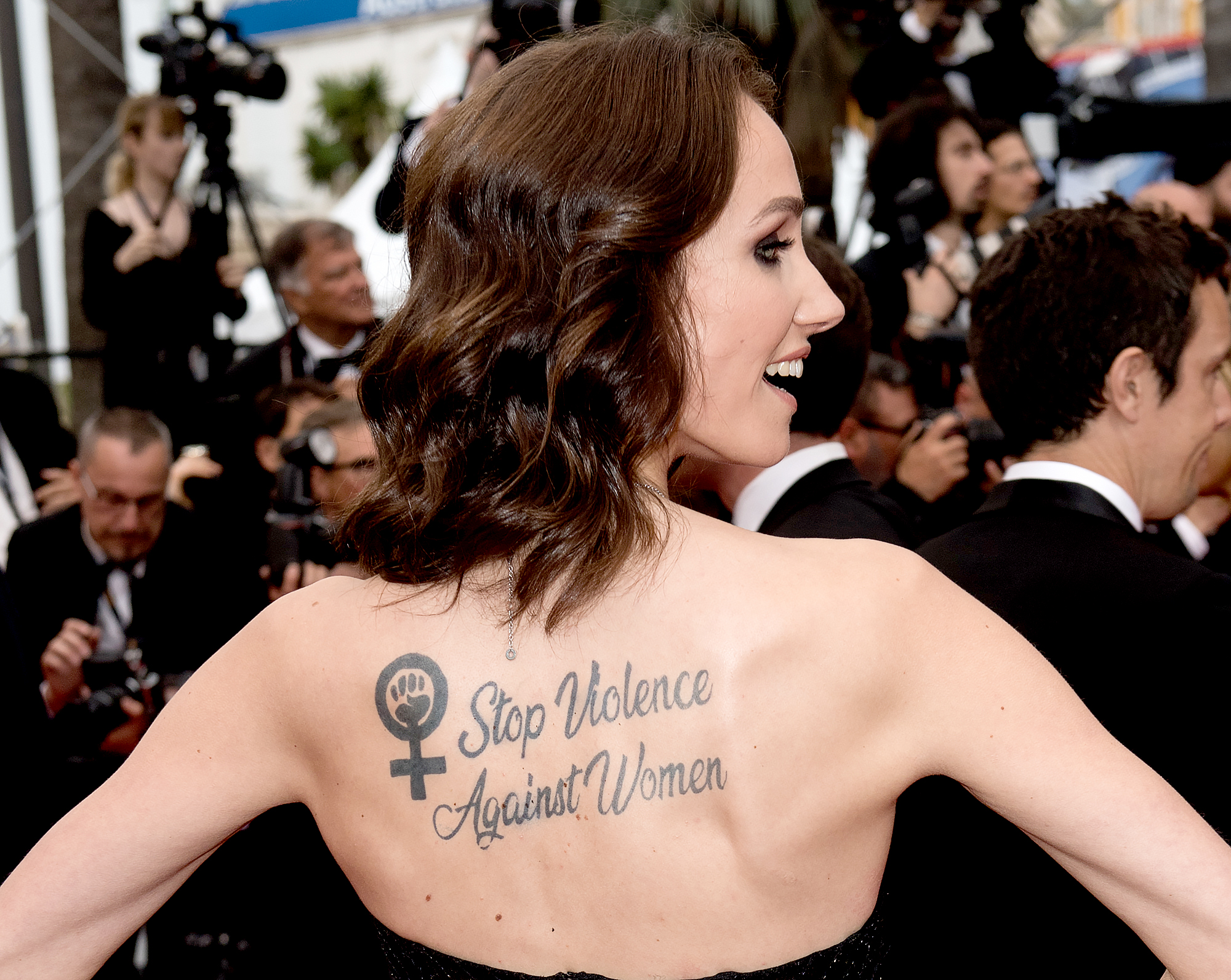 While the message can be placed on many insistences of the #MeToo movement, this particular ink was likely in protest to the French actor Alain Delon. The 83-year-old received the Honorary Palme d’Or at the festival this year after publicly admitting to slapping women just last year.

“I don’t know what you call macho. Is a slap in the face macho? Yes, I must have been macho,” he told the French press, adding that he had “received a lot of slaps, even from women.”

Since his lifetime achievement award was announced, over 26,000 people have signed a petition online protesting.

The New York Times reported that the festival’s artistic director, Thierry Frémaux, showed his support for the French filmmaker when presenting him with the award. “Alain Delon is not afraid to displease, he’s not afraid to be wrong, and he doesn’t really think like other people,” he told the audience. To really hit it home he added that the festival “will always be on the side of the artists.”

This is far from the first time women have used fashion and beauty as a way to protest. After all, who could forget the 2018 Golden Globe Awards? Nearly every one of the women in attendance walked the red carpet that year in head-to-toe black. And for the 2016 Super Bowl Beyonce’s costume echoed the style of the Black Panthers of the ‘60s and ‘70s.

Who knows, maybe fashion and beauty is women’s secret weapon in the journey to equality.