Jewelry, Melanie Grant said, has always been perceived as inferior to fine art. “I wanted to challenge this hierarchy,” added the author of “Coveted,” a new book that recounts the social, technological and artistic shifts that have revolutionized high jewelry.

“We struggle to call jewelry art because of its intrinsic value, because it’s perceived as being about craft and materials, where fine art is about ideas,” Ms. Grant said. But, she continued, art has its own commercial ties, and jewelry is much more than the beauty or cost of its elements.

As the book quotes Robert Lee Morris, the American sculptor and jewelry designer: “Good jewelry raises your frequency every time you look at it.” 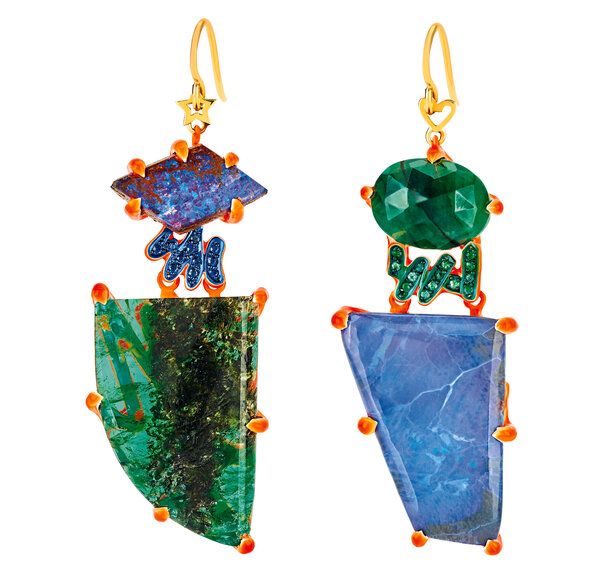 Is that not art, Ms. Grant asked.

“The great designers are all wild,” she said. “They don’t fight their desire to create something. That’s the wildness.” She cited as an example the Chinese designer Wallace Chan, a virtuoso stonecutter featured in “Coveted” who came up with the improbable technique of carving gems submerged in water.

Many of the designers Ms. Grant interviewed — 150 in all, with 75 chosen for the final text — described the emotional and financial strain of realizing their artistic visions of jewelry, but their desire to quit was overwhelmed by their desire to keep creating.

“If this book does anything,” Ms. Grant said, “I want people who are creative to understand how important they are, how important it is that they made something that exists in the world.”

Published by Phaidon and released in North America on Nov. 11, “Coveted” is the first book by Ms. Grant, a writer, photographer and stylist who has worked at The Economist for 14 years.

An eye-opening 2013 Cartier exhibition in Paris converted her to what she described as a “quite obsessive” jewelry enthusiast.

With her book, Ms. Grant seeks to convert the reader, illustrating the complexity, power and artistic impact of great design through images and tales of a global mix of jewelers that include powerhouse brands like Boucheron and Bulgari; high-powered independents like Monique Péan, Fernando Jorge and James Taffin de Givenchy; and niche designers encountered during her three years of research.

The final chapter, on women’s rising role in jewelry, begins: “Power, for most of documented history, has been male.” It goes on to cite Solange Azagury-Partridge, Leyla Abdollahi, Hannah Martin and Alice Cicolini as among the female jewelry designers transforming that balance of power.

And now that more women are buying jewelry for themselves, Ms. Grant said, they are asserting their own tastes and seeking more unusual and sculptural pieces — a bit of wildness to wear.

“When you buy jewelry for yourself, it’s to reflect who you are,” she observed. “And women are asking for more powerful things.”