WEDDINGS can be expensive, especially when it comes to holding them abroad.

But one mum has revealed how she is skipping her own sister's Caribbean nuptials after she charged her £10,000 to come along to the big day. 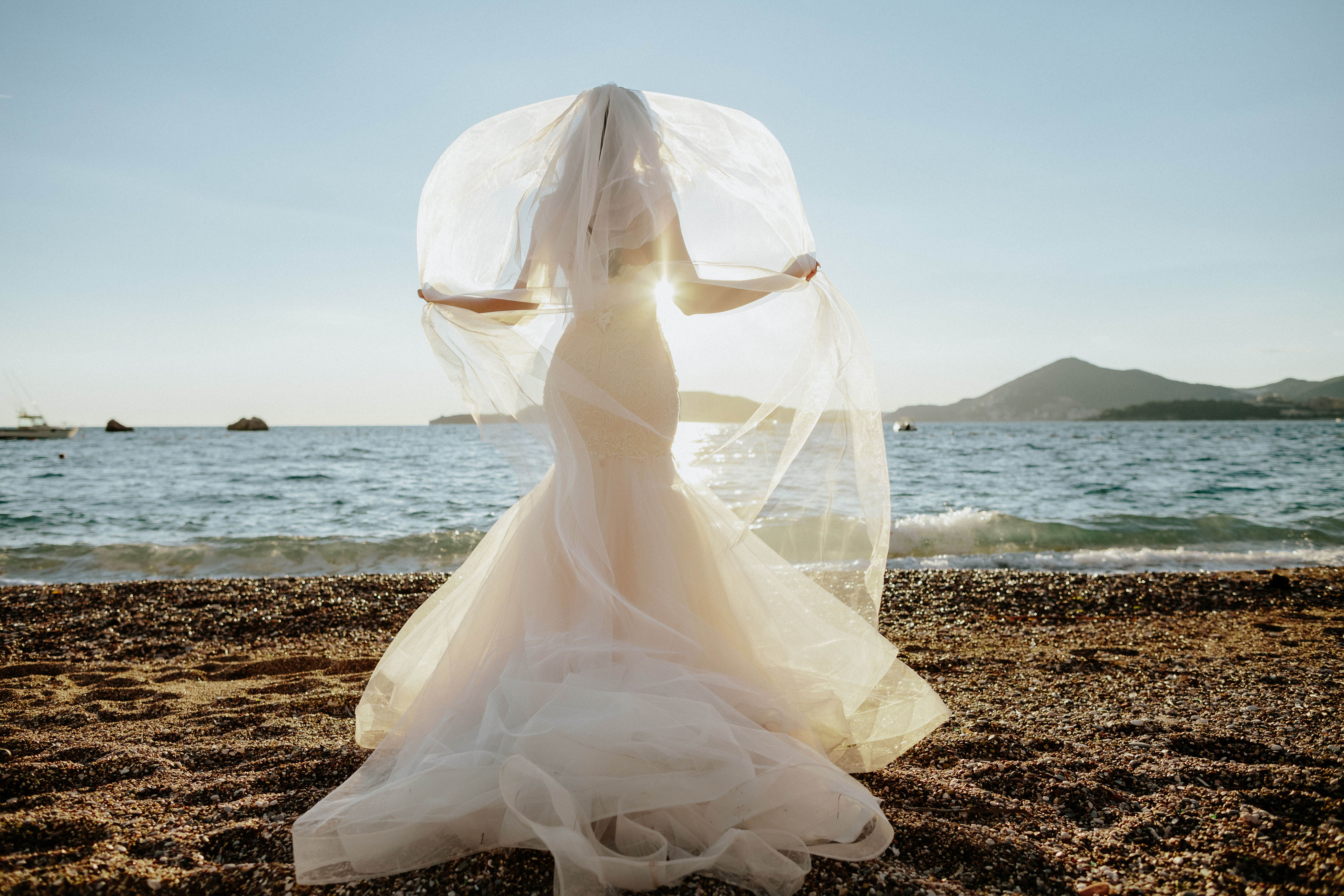 Posting to Mumsnet for advice, the anonymous woman known as Laietta explained that she and her sister had never been particularly close, and felt this was the last straw.

She wrote: "She has invited us – me, my partner and baby – to her wedding in the Caribbean next year at a cost of around £10,000 per person which is money we don't have.

"My sister got upset when I told her we wouldn't be able to attend and my parents offered to pay for us to appease her, but I declined the offer as I don't feel comfortable taking money from my parents.

"Even if I would take the money from my parents, I would rather put it towards a house than a two-week holiday in the Caribbean. 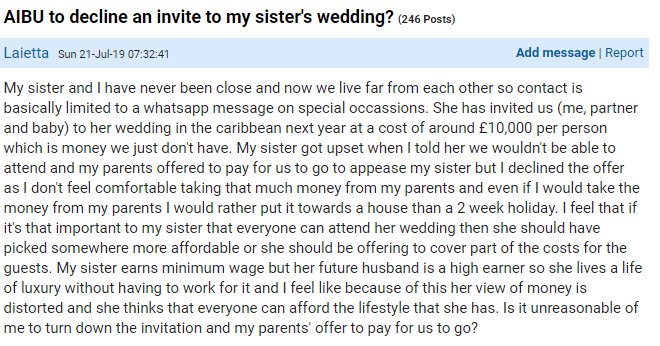 "I feel that if it's that important to my sister that everyone can attend then she should have picked somewhere more affordable or should be offering to cover part of the costs for guests."

The woman added that despite her sister earning minimum wage, her husbands 'high earnings' mean the pair live a 'life of luxury' that she thinks 'everyone can afford'.

She concluded by asking other Mumsnet users to let her know whether or not she was doing the right thing – and they did not hold back in supporting her.

"She wants you to spend in excess of £20,000 to go to her wedding when you don't see her from one year to the next?" wrote one woman. "No. Not happening. That's insane."

My sister got upset when I told her we wouldn't be able to attend and my parents offered to pay for us to appease her, but I declined the offer as I don't feel comfortable taking money from my parents.

Another agreed: "Your parents are prepared to fork out £30k for you to attend your sister's wedding? Decline the invitation, it's not a summons."

"Really someone organising a wedding that expensive should be anticipating that some guests will be unable to afford it, and take it with good grace if people decline," a third concurred.

Dozens more agreed that there were much better ways to spend the small fortune, and that the woman was kind to have declined her parents 'extravagant' offer.

"£10,000! Where is she getting married? The moon?" someone joked. "There's no way I would go. You are not being in any way unreasonable."

Some still stood up for the sister and her luxurious plans, noting that the anonymous poster seemed to be 'judgemental' on her plans.

"I think you're being unreasonable," added one woman. "Saying 'we can't afford it' is okay, but you sound quite judgemental of your sister's decisions. Why not go for just a few days?"

Others questioned whether it was really possible to even clock up that amount per person, writing in the comments that 'no destination costs that much.

"Nowhere will cost you £10,000, not even Nekker Island," said one person. While another agreed: "My wedding was in the Caribbean and cost less than £3k per person for two weeks… This seems a lot."

In other news, a bride revealed she couldn't forgive her 'selfish' husband after he got so drunk with his mates at the wedding that he passed out in the bridal suite.

While a Bridezilla tried to shame a bridesmaid for calling her neon green dress "fugly" – but it backfires when everyone slams the "cheap, hideous" gowns.

And a Bridezilla has been slammed after she lashed out at bridesmaids who refused to pay for the £215 gowns she chose.