WRAPPING presents can be an absolute nightmare at Christmas – but one woman’s hack could make life a little easier.

The savvy wrapper shared her smart trick for ensuring the wrapping paper tube doesn’t roll back at you when you are trying to cut a piece. 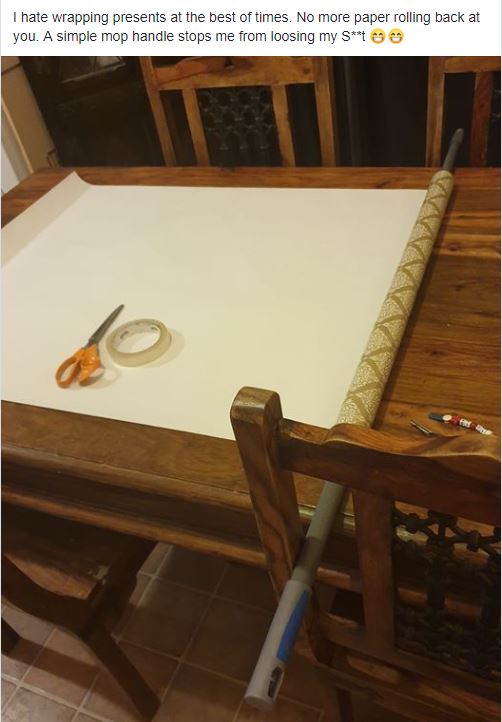 Writing on the Facebook group Extreme Budget DIY & Life Hacks, the woman shared how she slots a long mop handle in the middle of the wrapping paper tube.

She then sticks the long end through two chairs to hold it in place.

This means the pressie pro can pull out as much paper as she needs without it rolling up on her again.

She wrote on Facebook: “I hate wrapping presents at the best of times. 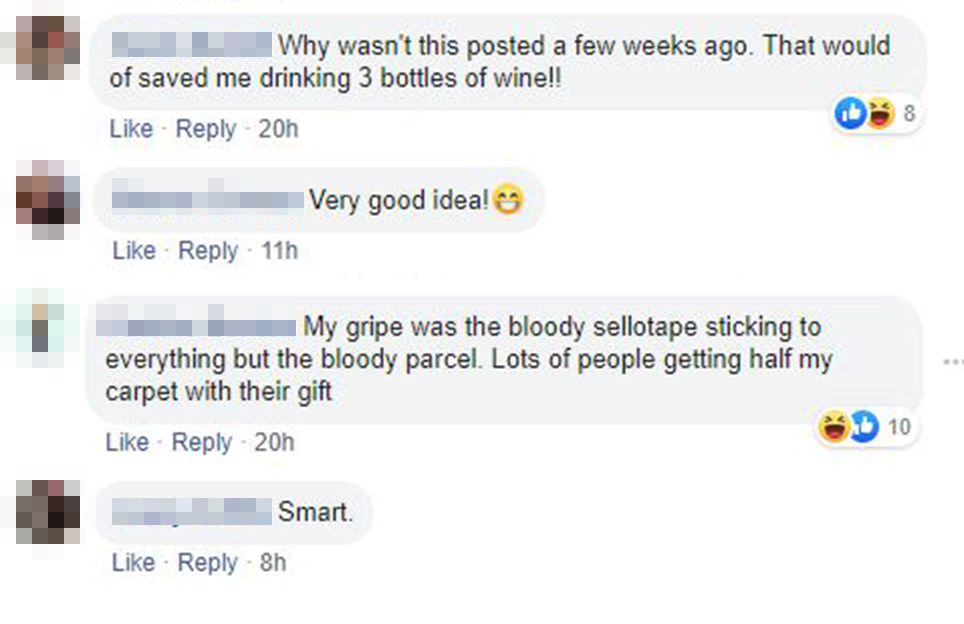 “No more paper rolling back at you. A simple mop handle stops me from loosing my S**t”.

Many people were seriously impressed with her festive hack.

One wrote: “Why wasn't this posted a few weeks ago. That would of saved me drinking 3 bottles of wine!!”

Another added: “What a brilliant idea.”

It’s not the only creative wrapping trick that has been shared this Christmas.

A woman revealed her clever hack when she’s trying to wrap a present but the paper is too small to cover it.

Taking to video platform TikTok, she showed how she was initially unable to stretch her paper to fully wrap a box.

However, she then slightly moved the square item in the middle of the paper so that the edges didn’t line up and one corner was pointing upwards.

She then folded down one of the corners of the wrapping paper, so the point ended up on the centre of the box.

Taping as she went, the woman folded all of the other points so they met in the middle too.

The paper fully covered the box and the present was neatly presented.

An impressed social media user shared the video on Twitter with the caption: “Okay but really my mind was BLOWN.

“RT to save a life this Christmas.”

We revealed how a mum shared a tip for cutting down on Christmas wrapping and got absolutely roasted for her "pointless" advice.

In other news we told you about the thrifty mum who made a fake fireplace to hang stockings on this Christmas for just £10.

Plus this couple's Target-themed wedding photos have been branded a "cringe fest" as the groom rode in a trolley and hid in a fridge.