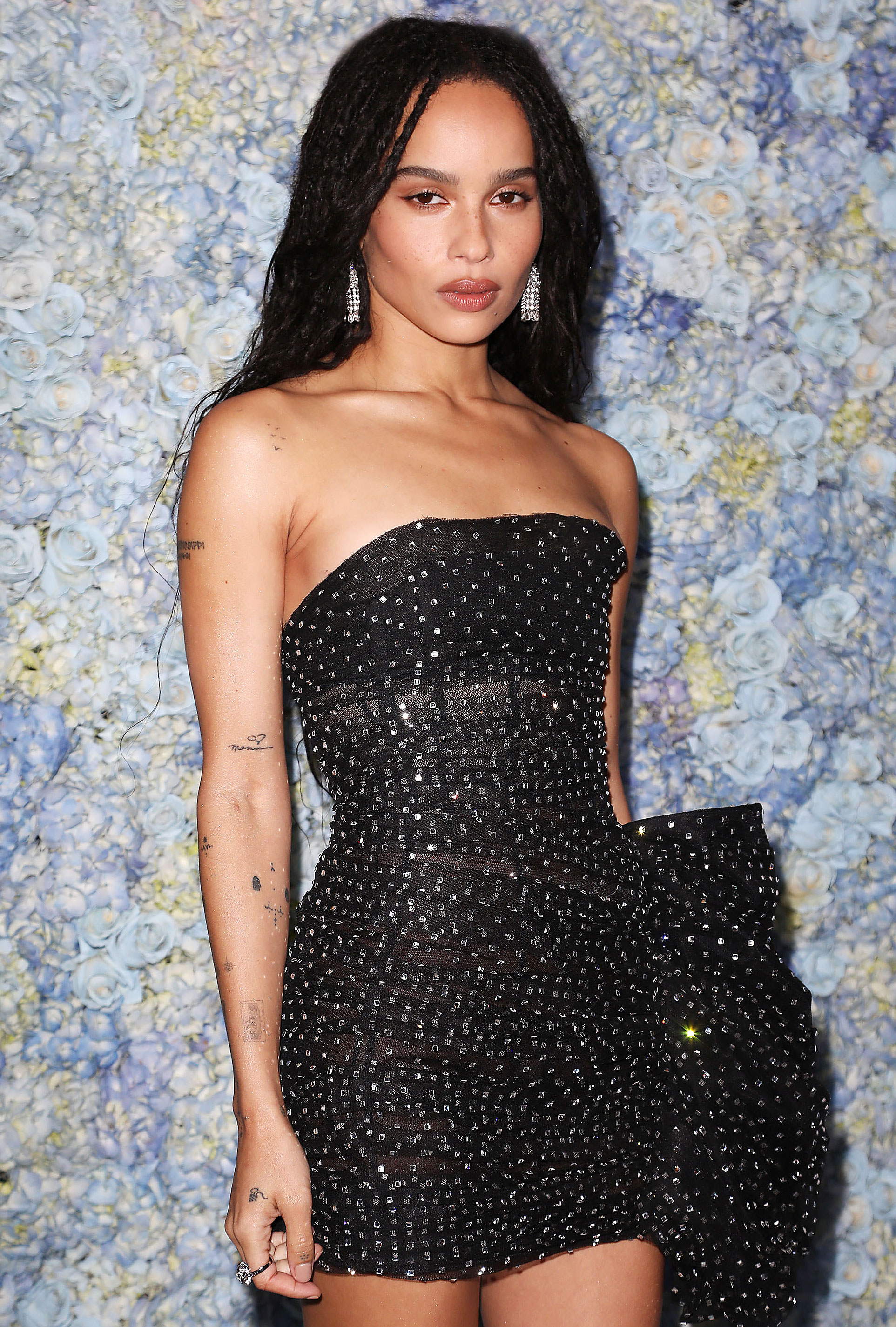 The beauty news was announced via an Instagram video posted by Kravitz, in which the actress stirs a potful of a questionable red substance alongside pink and red vials. Upon further investigation, said substances are Kravitz’s very-own lipstick concoctions.

And to add to the evidence, Kravitz captioned the teaser, “ME + YSL BEAUTÉ! STAY TUNED FOR MORE, SEPTEMBER 1ST.” In the video, Kravitz wears a sexy low-cut black tuxedo paired with a bold red lipstick shade that we can only hope makes its way into the collection.

According to an interview with British Vogue, the lipstick collab is Kravitz’s take on the brand’s bestselling Rouge Pur Couture Lipsticks in six news shades: three reds and three nudes in satin, matte and shimmer finishes. The actress told Vogue that Rouge Pur Couture is one of her favorite products from the brand. “The texture is so beautiful. It doesn’t get too dry; it’s not too shiny. It’s kind of perfect.”

While we haven’t had the opportunity to see the lipsticks just yet, the brand’s packaging is said to be inspired by her favorite YSL Niki Bag — for a final result that’s sleek with black packaging. We can hardly wait to see them in real life.

Kravitz joined the YSL Beauty family back in 2017 and has starred in campaigns for the brand’s fan-favorite fragrance Black Opium, Touche Éclat and more. As lucky as we’ve been to see Kravitz’s face alongside some of our favorite products, we’re extra excited to see her physically create her own line of lippies.