It’s her birthday, and she’ll cry if she wants to.

Melin Jones, the little girl’s mom, said she had gone to her local Walmart in Bonne Terre, Mo., to pick up a birthday cake for her daughter, Liz.

“Liz’s nickname is Lizard. I got her a cake at Walmart & asked the lady to write ‘happy Birthday Lizard’ I did not look at it. Don’t ask me why. As I’m unloading the car I look quickly at it and notice the lady didn’t hear ‘Lizard’ she heard loser,” Melin wrote on Facebook. 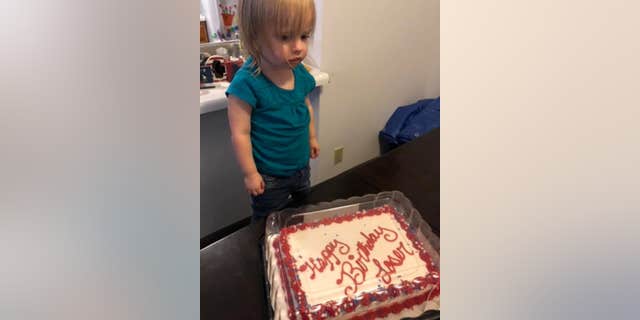 Melin Jones, the little girl’s mom, said she had gone to her local Walmart in Bonne Terre, Mo., to pick up a birthday cake for her daughter, Liz, whose nickname is "Lizard."
(Melin Jones)

Melin wrote on Facebook that originally she was upset by the mix-up, but eventually found it funny and presented the cake to Liz before snapping the now-viral pout.

Though the little girl looks disheartened by the message, Melin was quick to explain that Liz cannot read and they did not tell her what it said. “Even if we did, our 2 year old child wouldn’t know what a loser is,” Melin wrote.

The incident, which happened in September 2018, was reposted in a group called Sad Sales on Facebook. Melin told Fox News she had shared it immediately after it happened, but later deleted it as she did not want to get the Walmart employee in trouble.

“We live in a super small town and I didn’t want any backlash to come to the lady that misheard me when I asked if she could write on it,” Melin said to Fox News. 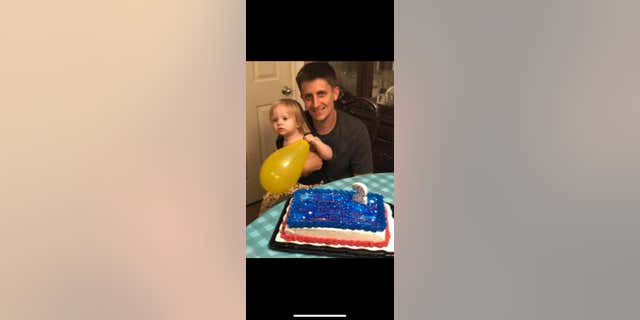 Melin shared that they got her a new cake with her full name, Elizabeth, written on it.
(Melin Jones)

Fortunately, little Lizard did not have to stay a “loser” for long. Melin shared that they got her a new cake with her full name written on it.

Earlier this month, another woman had a similar situation.

A Georgia Dairy Queen worker misheard a woman’s request for a “Moana” cake for her daughter’s 25th birthday and created a marijuana cake instead.