With the heatwave hitting in the UK, it’s officially BBQ and summer salad season. Two chefs spoke to Express.co.uk about why our eyes water when we cut onions – and how we can avoid it for good.

So why does simply chopping up an onion cause such a physical reaction?

Chef Ben Peverall told Express.co.uk: “An onion is made up of layers, with each layer containing small cells that are full of the irritant that makes your eyes water.

“Every time you cut into an onion and break these cells, this is released into the air, irritating the eyes and making them water. 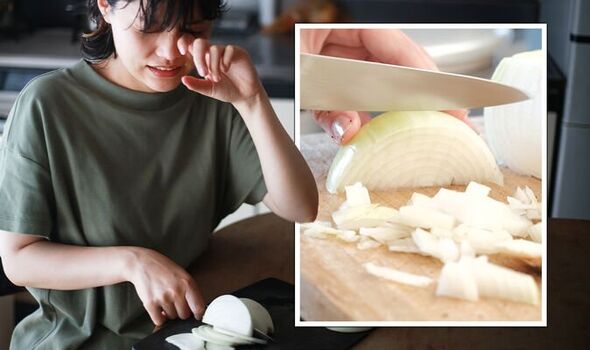 Nobody wants to avoid onions all together, so how can kitchen aficionados avoid the stinging sensation and tears?

According to Ben, there’s “not much that you can do to avoid this” but he provided two top tips to relieve it slightly.

“Firstly, try to make less cuts into the onion, reducing the number of cells broken by your knife,” he said.

“I often see young chefs with piles of chopped onion on a board, furiously chopping at it to make it as fine as possible, while their eyes are streaming the whole time – until I stop them and explain this!”

Perhaps bigger chunks of onion are the way to go.

He continued: “Next up, ensure you are using a good quality, sharpened knife.

“When the knife is blunt you are essentially bruising the onion to pieces, which again just releases more irritant into the air.” 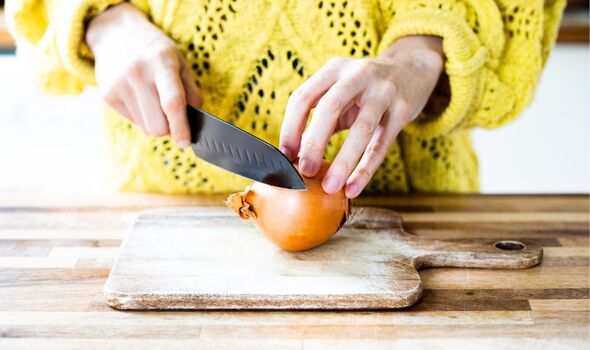 He too emphasised the importance of selecting the correct knife.

“Having a very sharp knife to cut an onion is crucial because it will slice through much easier.

“A blunt knife is more likely to cut you and it will release the enzymes in the onion that make us cry.”

His second expert tip was to think ahead.

He said: “Another trick is to put your onions into cold water for at least 30 minutes before you slice them.

The water will help to make them peel quicker and absorbs most of the enzymes that would have been released.”

These simple tricks should make cooking a more enjoyable experience for all.

Ben Peverall is Executive Chef at the Peak Edge Hotel.

Chef Aleandro Brown is founder of Food Fusion 95 and head chef at The Night Owl.