For Stranger Things fans (including us), July 4 couldn’t come soon enough. And it seems the people behind Baskin-Robbins are just as eager for the return of the smash Netflix hit because they’re not only releasing two new Stranger Things-inspired ice cream flavors next month, but they’re also adding a few new Stranger Things-themed items, like a demogorgon sundae, to their menu. Oh, and did we mention they also teamed up with Netflix for an ice cream truck?

First up is Eleven’s Heaven. As one could guess, this flavor is a waffle-cone flavored ice cream with chocolate-coated sugar cone pieces and a chocolate icing flavored ribbon. 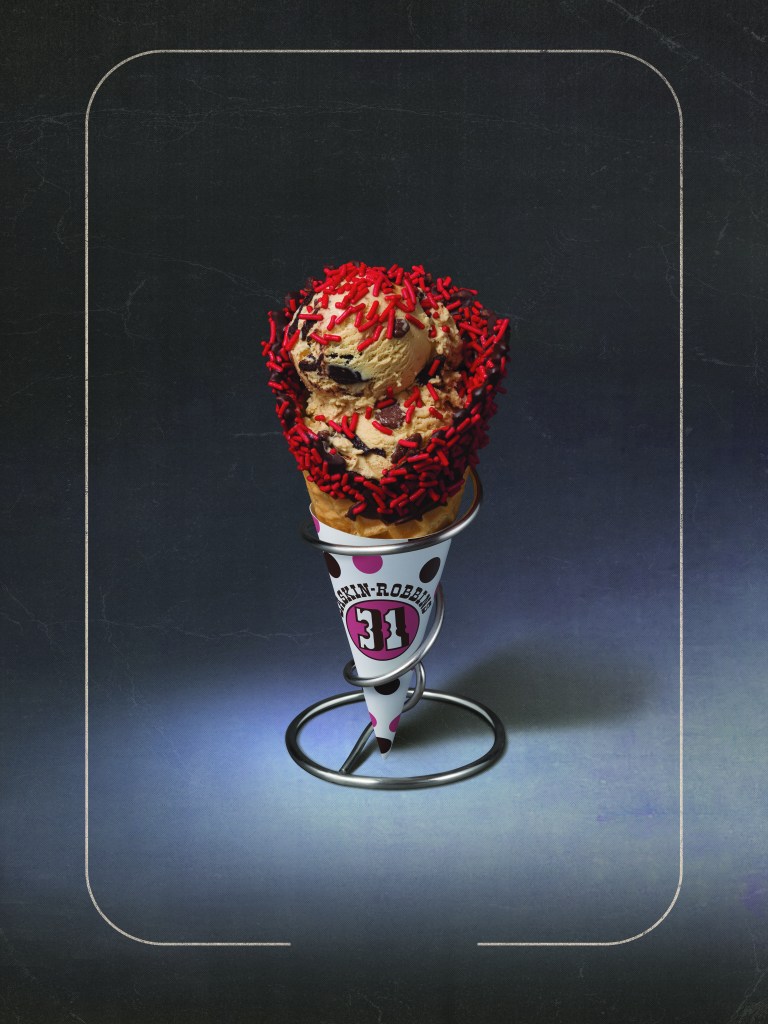 The other new flavor is Upside Down Pralines, comprised of chocolate ice cream with praline pecans and a chocolate-caramel flavored ribbon. And you don’t have to wait long to try ‘em: Both flavors will be available in June. 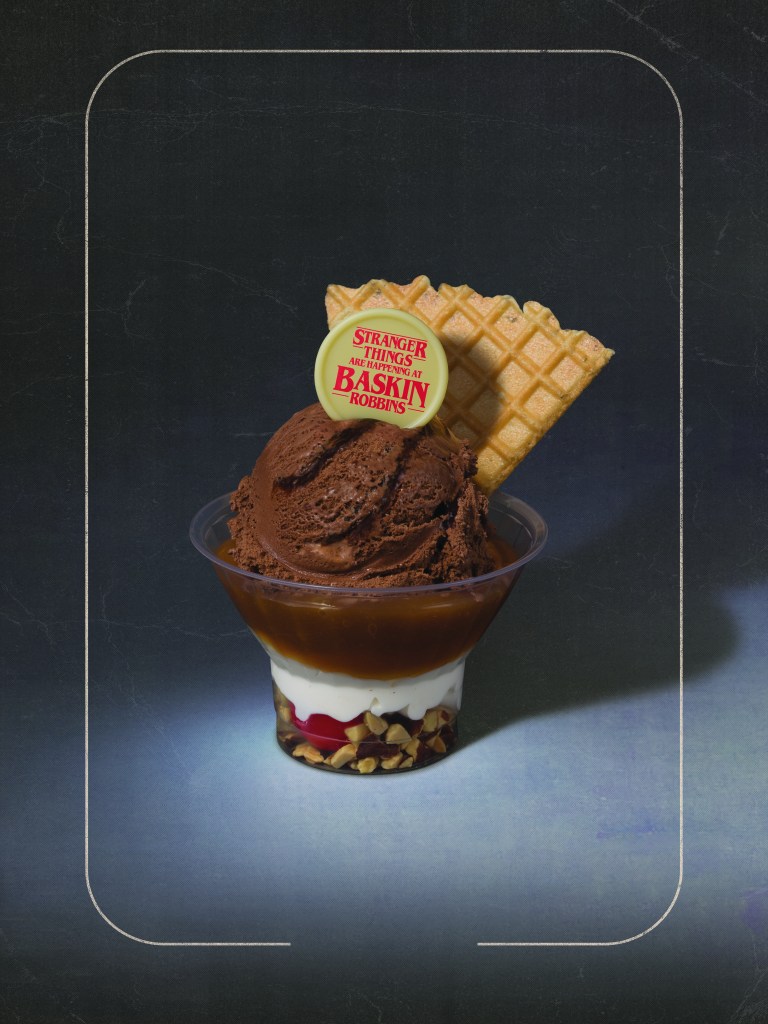 Did you think Baskin-Robbins stopped there? Oh, no, no, no; they’re truly doing the most to capitalize on the show’s popularity. (And we can’t blame them.)

Baskin-Robbins added a handful of other Stranger Things-themed items to its menu, including:

Upside Down Sundae: a sundae built upside down, featuring the Upside Down Pralines flavor

Demogorgon Sundae: a waffle bowl sundae that resembles a demogorgon 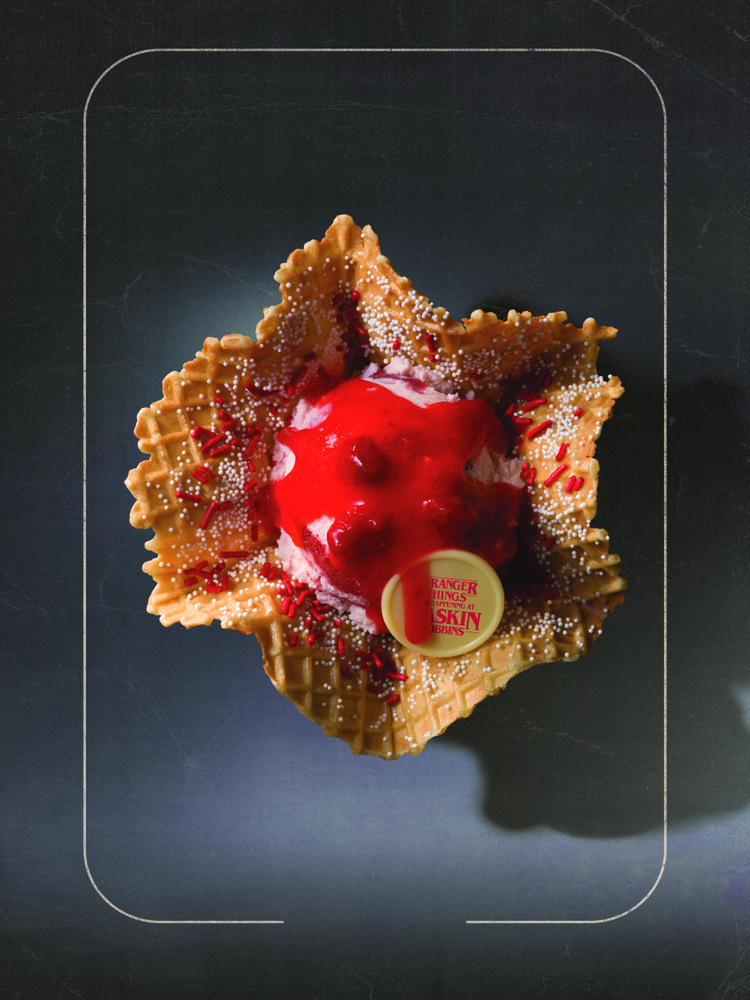 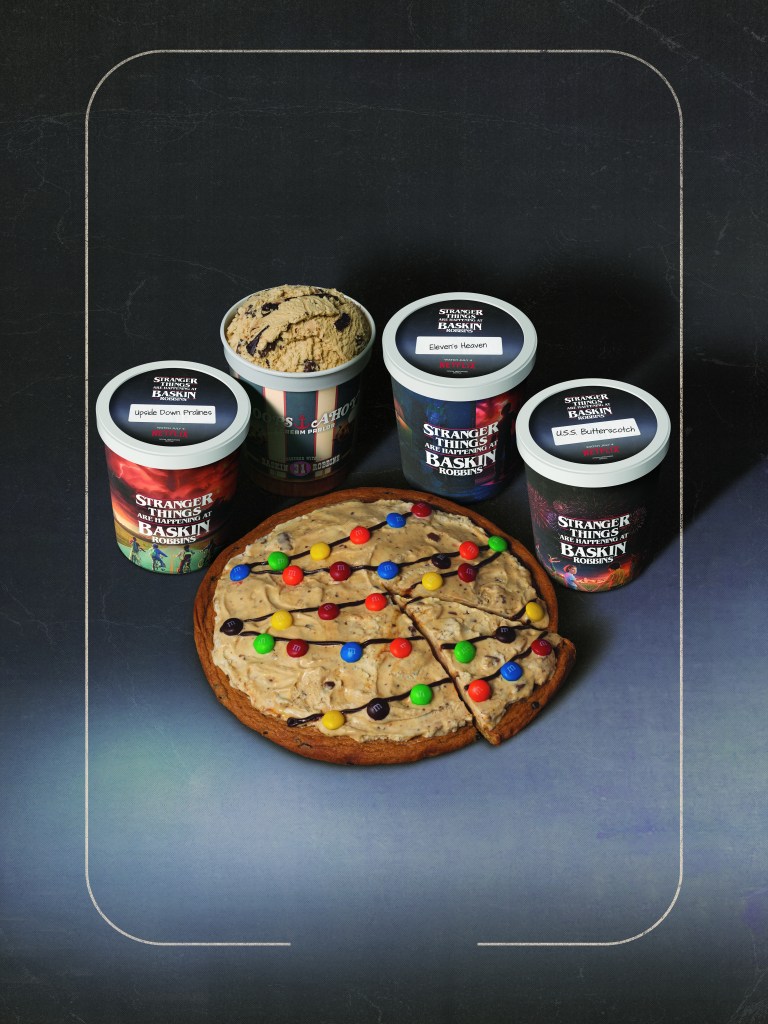 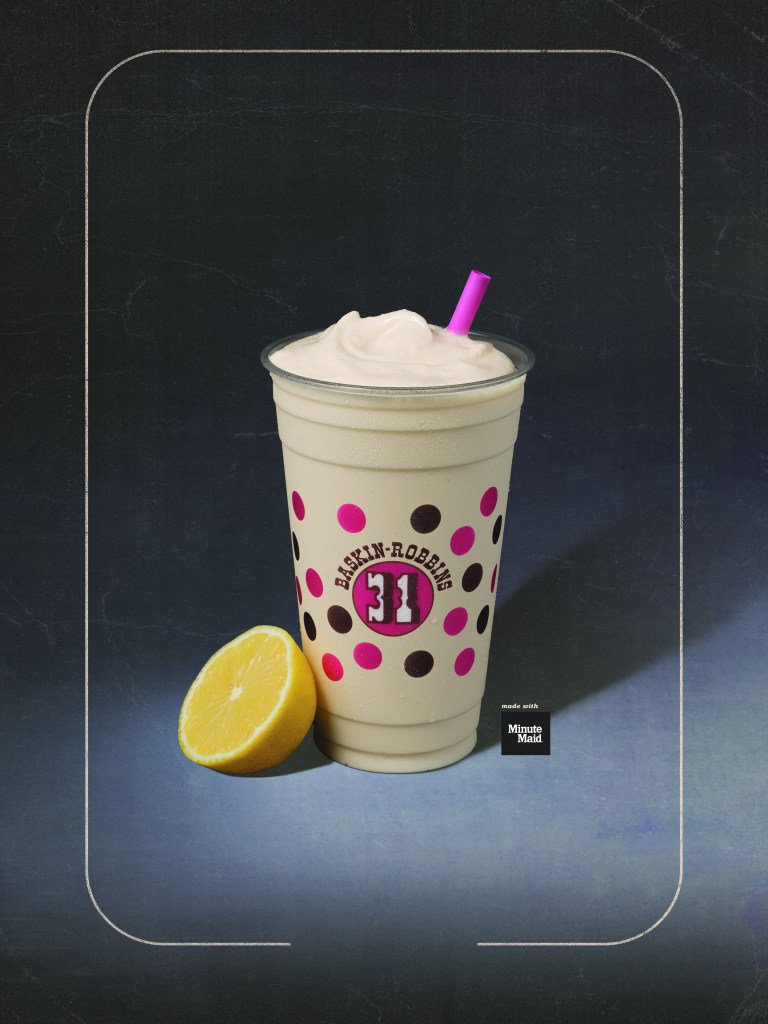 Want a free sample of the Elevenade Freeze? Baskin-Robbins can make that happen. Head to one of their locations on June 9 between 3 p.m. and 7 p.m. for Elevenade Freeze National Sampling Day.

Baskin-Robbins has teamed up with Netflix to create their own version of the Scoops Ahoy ice cream truck from the TV show. It’ll only be available to West Coast fans in June; sorry, East Coasters.

“When Netflix originally approached us about a partnership, we immediately recognized a number of fantastic synergies between Baskin-Robbins and Stranger Things, including the fact that Steve Harrington was going to have a summer job at an ice cream shop,” Dave Nagel, senior director of consumer engagement at Baskin-Robbins, tells USA Today.

Lastly, Baskin-Robbins will sell collectible containers with four different designs inspired by the show. Plus, they’ll sell exclusive swag at their stores, including a Steve Funko figure, ‘80s-inspired magnets, sticker sets for your mobile phones or laptops and Stranger Things T-shirts.

Looks like we’re spending all our money at Baskin-Robbins next month.