If you’re a fan of Netflix’s hit show Stranger Things and you also happen to be a big fan of ice cream, I have some excellent news for you. To celebrate the return of Eleven, Dustin, Mike, Lucas, Max, and Will, Baskin-Robbins has introduced a Stranger Things-themed menu for Summer 2019, and you seriously can’t miss it. While there are already several creative and tasty ice cream and frozen beverage items on the Stranger Things menu, the newest addition looks absolutely mouthwatering. Baskin-Robbins’ USS Butterscotch Sundae is the newest Stranger Things treat you need to try.

The USS Butterscotch Sundae is a nautical take on a banana split. The treat features a split banana, three scoops of ice cream, and three triangular waffles positioned to look like sails. According to a Baskin-Robbins press release, the USS Butterscotch Sundae is directly from the Scoops Ahoy shop in the Stranger Things universe, where Steve Harrington works in Season 3, and where a new character, Robin, also works.

Inspired by the USS Butterscotch but don’t know if you have room for an entire sundae? Worry not, because Baskin-Robbins is also releasing the USS Butterscotch as a standalone flavor and July 2019’s Flavor of the Month. The butterscotch-flavored ice cream includes butterscotch pieces and a toffee-flavored ribbon, and its perfect for someone who loves the caramel and vanilla notes of butterscotch. You can get it by the scoop or in prepackaged quarts. 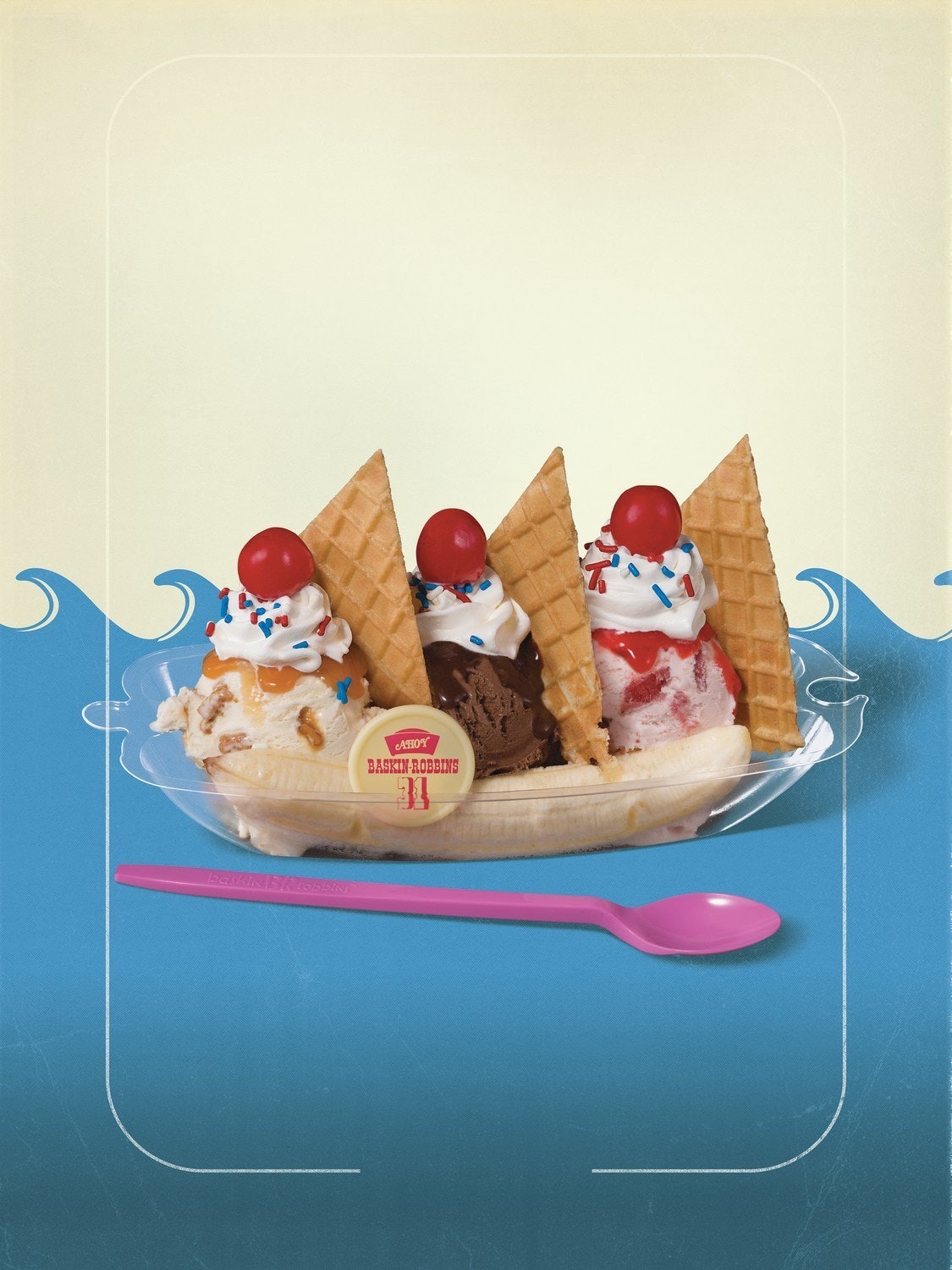 There are so many treats to choose from on Baskin-Robbins’ Stranger Things menu that it almost feels like there isn’t enough summer to get through them. If your favorite character on the show is Eleven (honestly, how could she not be), you have to check out Eleven’s Heaven, which is inspired by Eleven’s absolute favorite food. The waffle cone-flavored ice cream is mixed in with sugar cone pieces in a chocolate-flavored coating and brought together by a chocolate icing-flavored ribbon. Talk about delicious. 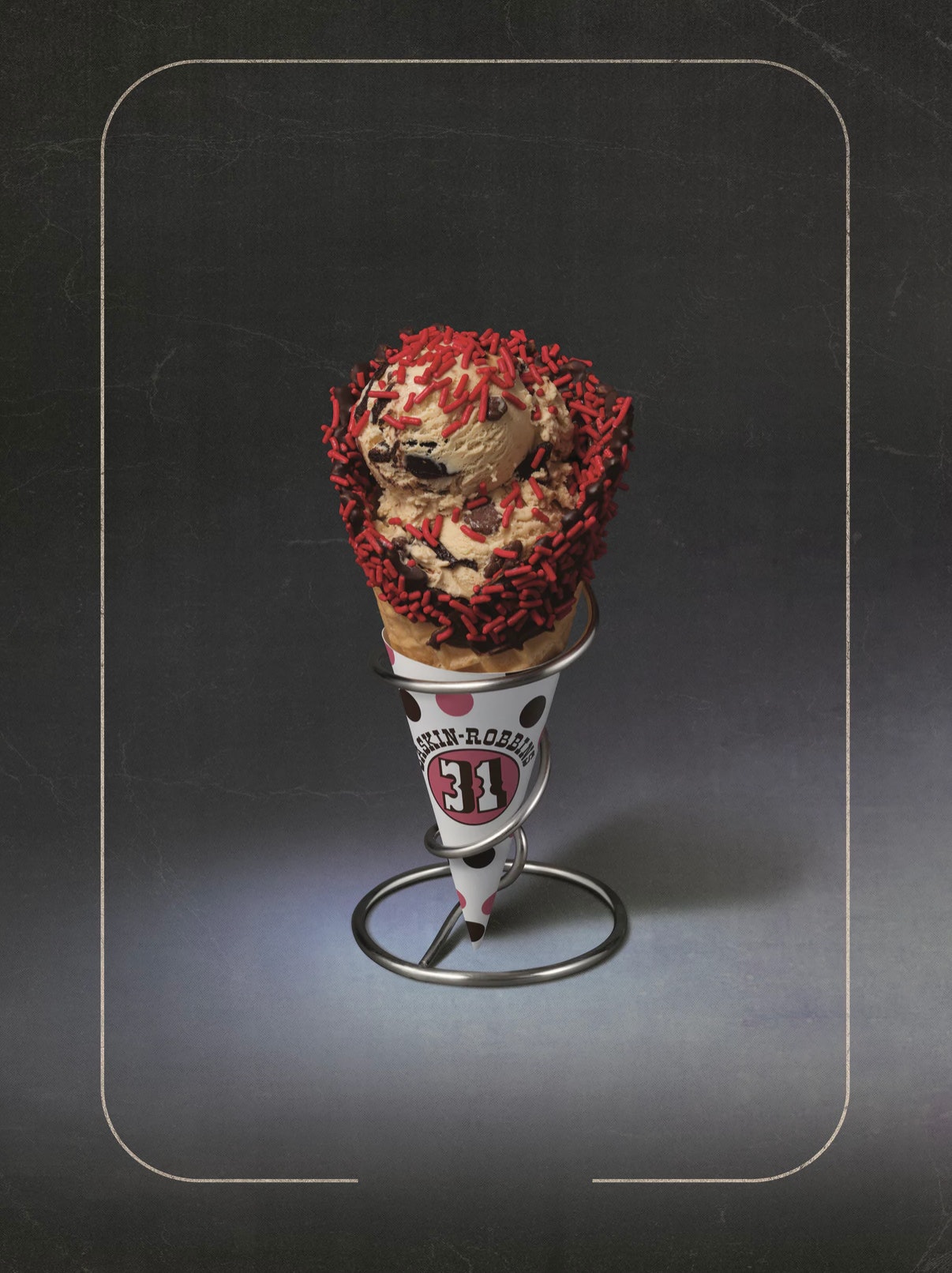 If you’re more of a Demogorgon fan, Baskin-Robbins has you covered, too. The Demogorgon Sundae, another menu item on Baskin-Robbins’ Stranger Things-themed summer menu, features Very Berry Strawberry ice cream and strawberry toppings inside a Demogorgon waffle bowl, topped off with sprinkles. Baskin-Robbins suggests that you "make sure to eat it before it eats you." Another can’t-miss menu item? Baskin-Robbins’ Upside-Down Sundae, which features a scoop of Upside Down Pralines ice cream sitting atop caramel topping, whipped cream, chopped almonds, and a cherry on the bottom, showing that Baskin-Robbins is really committed to the upside-down theme.

I don’t know about you, but I can’t think of a better way to celebrate Season 3 of Stranger Things than plenty of ice cream and summer treats from Baskin-Robbins.