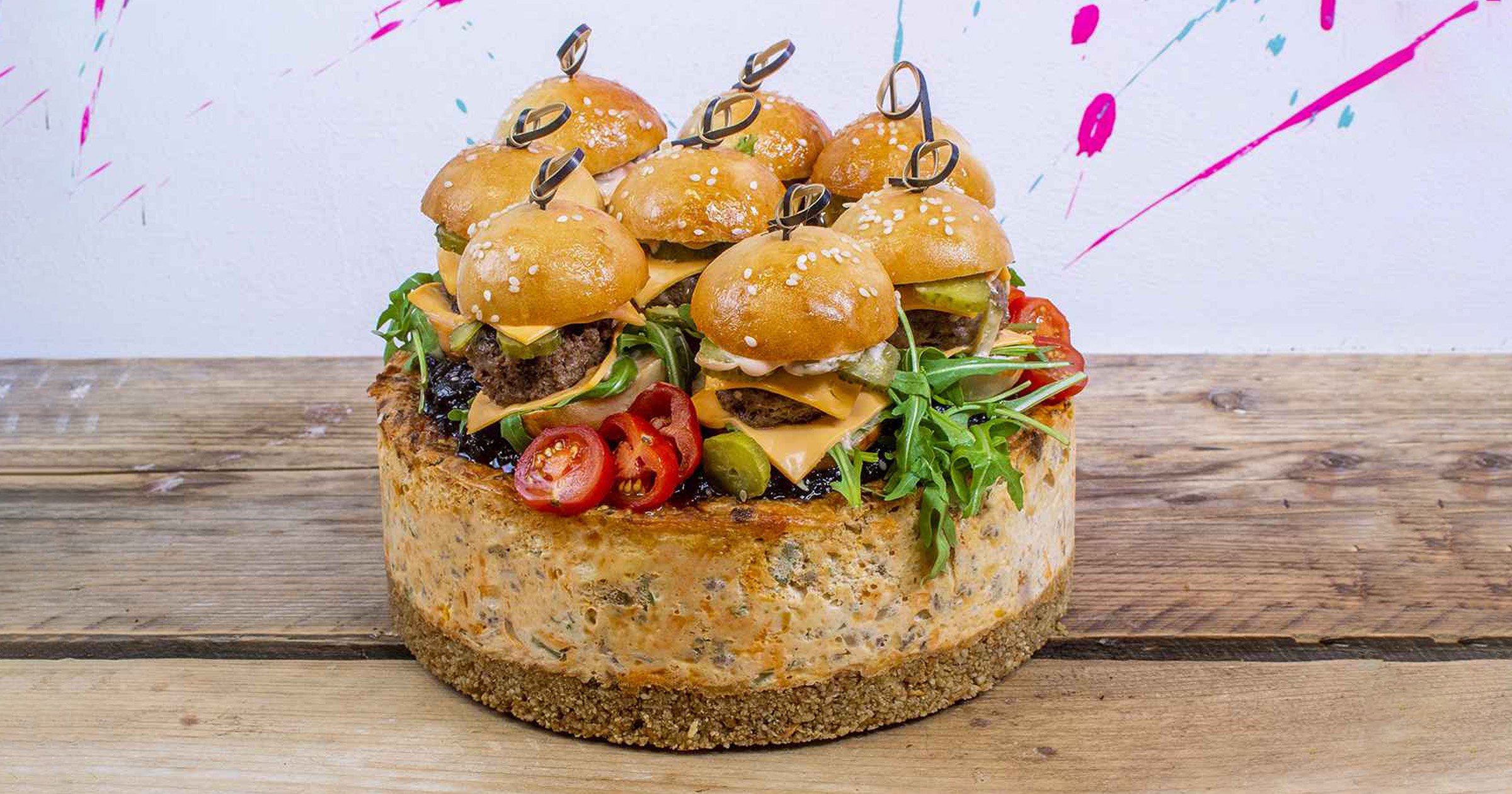 One approach to food innovation that has brought us both smash-hits and flashes in pans is simply smushing two delicious things into one.

To this day, we still adore the cronut, but the croiffle seems to have disappeared from the collective consciousness.

Only time will tell whether the Pleeseburger is destined for greatness.

Created by cheesecake makers Pleesecakes, the Pleeseburger is a mashup of cheeseburgers and cheesecakes.

Does that sound awful to you, or delicious?

Pleesecakes know full well that this is a product that will divide opinion – the brand is calling the Pleeseburger the ‘most controversial cake to date’.

Yes, even more controversial than that time they made a pigs in blankets cheesecake.

So, let’s break this down.

The base isn’t your usual blend of smashed up biscuits and butter. Instead, it’s made up of oatcakes, crisps, butter, and fried onion.

As you’ve likely gathered, this monstrous creation is not designed to be eaten by one person, as it’s quite a lot of food.

Keen? You can order the Pleeseburger online until the end of June.