Why should humans have all the fun?

Busch Dog Brew is bone broth that, Busch's says, has lots of nutrients and a dog-friendly flavor. And for anyone interested, it is also safe for humans to drink, according to the brewery. 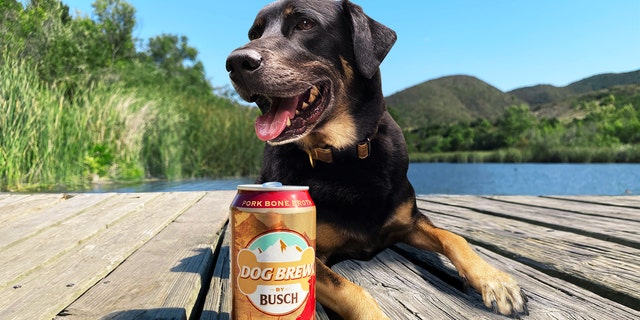 Busch Dog Brew is bone broth that the brewer said has lots of nutrients and a dog-friendly flavor. (Busch Beer)

“After a long day there’s nothing quite like having a Busch with a friend, and with so many new pet owners across America this year, we wanted to create a brew to give our fans a chance to share a Busch brew with their ‘best friend,’” Daniel Blake, Anheuser-Busch’s VP of value brands, said in a statement.

The brewery said that dogs should not be given its normal beer, however, as alcohol is toxic to dogs.

The dog-friendly beverage is made from bone-in pork butt, whole corn, celery, basil, mint, turmeric and ginger, according to Busch. Dog Brew isn’t a meal replacement, but it can be served on its own or over food, and can be used to soften hard food. 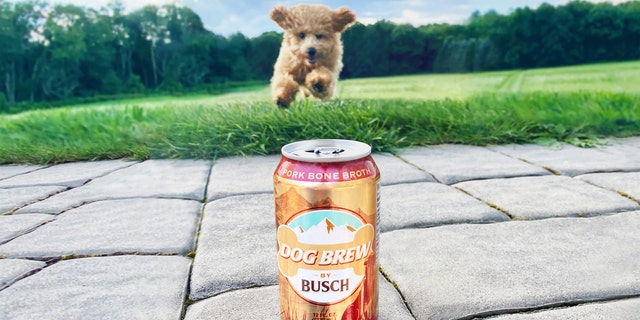 The brewery is selling four-packs of the Dog Brew online for $9.99.
(Busch Beer)

The brewery is selling four-packs of the Dog Brew online for $9.99. The product is not available in stores.

Busch is also looking to support dogs in need of homes and animal shelters with the beer’s release. The brewery said it will donate $1 from each case of six four-packs to Best Friends Animal Society, up to $50,000.

“Additionally, we’re proud to be able to partner with Best Friends Animal Society and continue our efforts to help those furry friends still looking for a home,” Blake said.