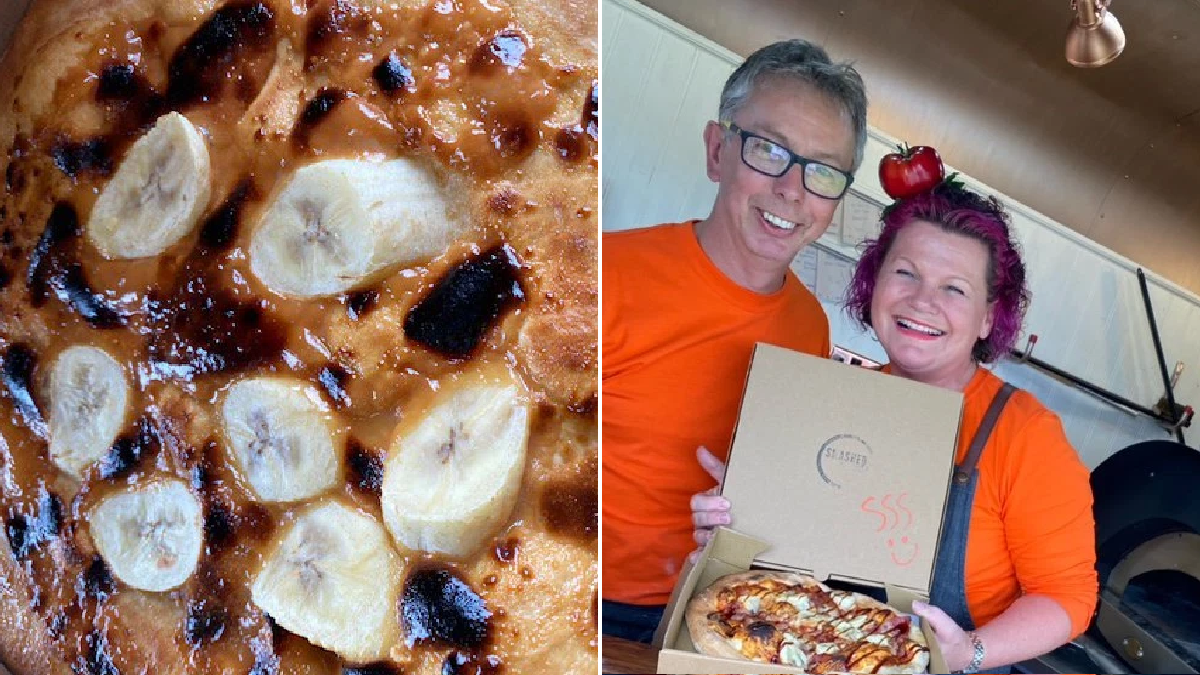 Fruit on a pizza, such as pineapple, has divided foodies for many years.

But now, one quirky business owner reckons there’s a new tropical topping that will be making waves very soon – mainly because it’s already the most popular item on her menu.

Amanda Langard, 53, and her partner Ken Taylor, 60, run independent business Smashed Tomato Pizza together and offer a rather unconventional dish – a pizza topped with banana, bacon and BBQ sauce.

The unusual pizza matches their alternative setting too – as the pair, from St Ives, run their business out of a converted horsebox.

Amanda adds that while people were initially shocked by the pizza, it’s now her most sought-after variety.

She said: ‘We get a lot of people who say they think it’s weird, but if we can convince them to try it, they love it.

‘We normally switch up our menu every week, but the banana and bacon one is permanently on the menu because it’s our most popular dish.

‘Banana on pizza is amazing – don’t knock it until you’ve tried it.’

Amanda’s inspiration for the pizza came from her childhood trips to South Africa – a place where the banana and bacon combination is a standard topping.

As a result, Amanda would often eat bacon and banana butties growing up – so when the couple opened Smashed Tomato it was a no-brainer that it would feature on the menu.

Curious customers were quick to try the option and soon gave it their seal of approval.

The couple also sell a dessert-style pizza that’s topped with banana and made with a caramel base.

Amanda said: ‘Banana and bacon in a pizza is a bit like the pineapple on pizza debate – although I can’t remember a time a customer has tried it and not liked it.