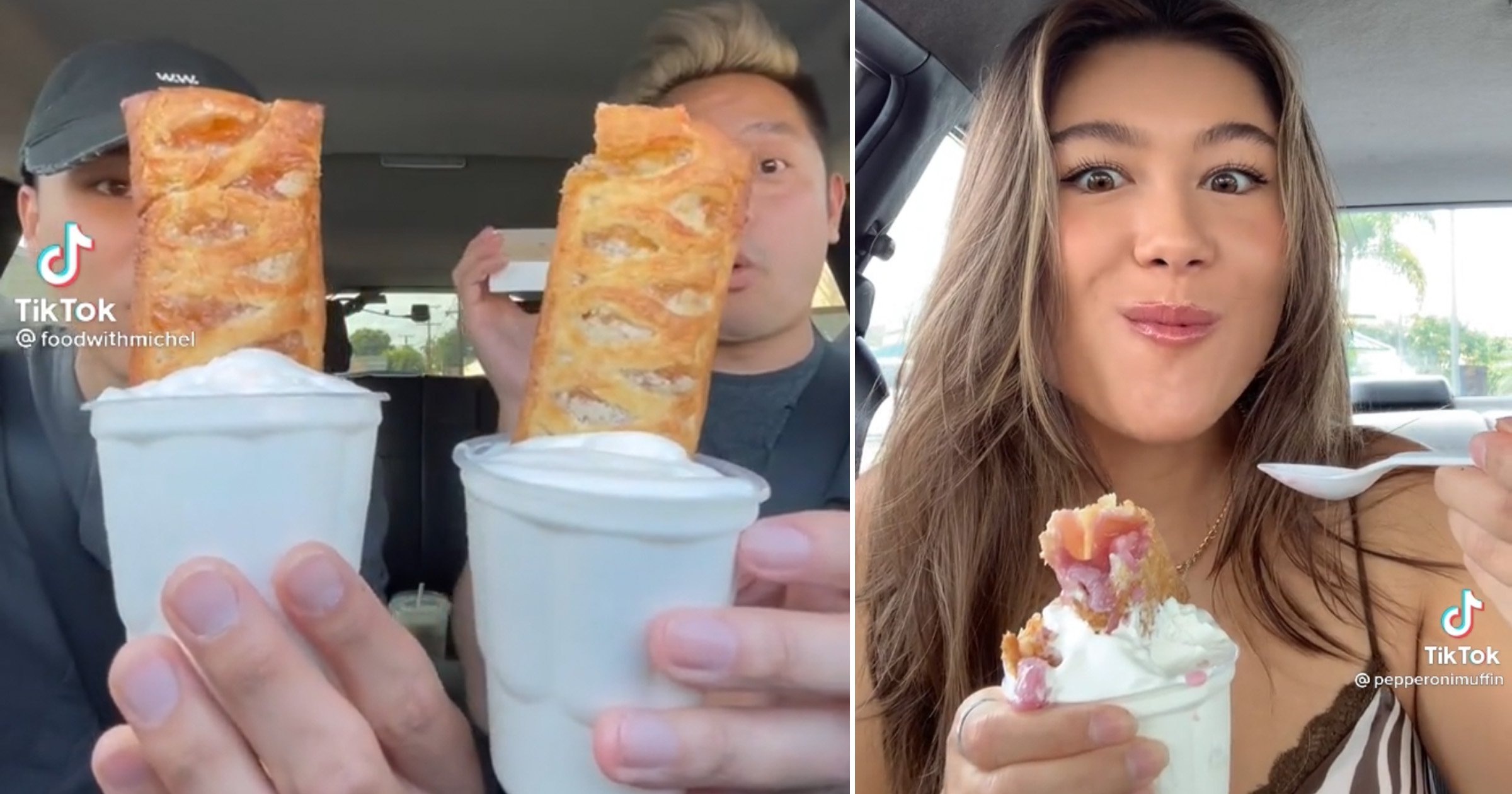 A new TikTok food trend has just dropped – and it’s one we’re definitely tempted to try.

Apple pie and ice cream is not a new combination by any stretch of the imagination, but TikTokkers have put their own little twist on the classic.

To try the trend yourself, you’ll have to drop by your local McDonald’s and order an apple pie and some soft serve in a cup.

TikTok users are often heard referring to sundaes in their videos sharing the trend, however the fast food chain stopped selling Toffee and Strawberry Sundaes in the UK back in 2018.

It’s important that you order your soft serve in a cup, not a cone, because the next and final step involved getting your pie, sticking it into the cup and mashing it up into the ice cream.

And just like that, you’ve got yourself a tasty sugary snack.

So messy but so good

Sure, naysayers might argue that you can just dip your pie in the ice cream, but where’s the fun in that?

From where we’re sitting, dipping the pie means more opportunities for drips and crumbs getting all over you.

However, mashing the pie up in the cup right at the start gets all the mess out of the way in one fell swoop, and after it’s done it’s just you and your spoon against the world.

In the comments for one video, posted by user pepperonimuffin, who’s based in the US, a few people recommended doing the same trick with a Caramel Sundae.

On this side of the pond, you could try the trend using your favourite McFlurry flavour – but maybe swerve the Aero Peppermint McFlurry this time.

On another video of the hack, shared by foodwithmichel, one user simply commented: ‘YES YES’ – so it’s clear some people are really feeling it.

However, others say they’ve been enjoying their apple pies this way for years, with one writing: ‘We’ve been doing this since 2011.’

What about you? Is this a whole new trick to you, or is it old news? Let us know in the comments below.