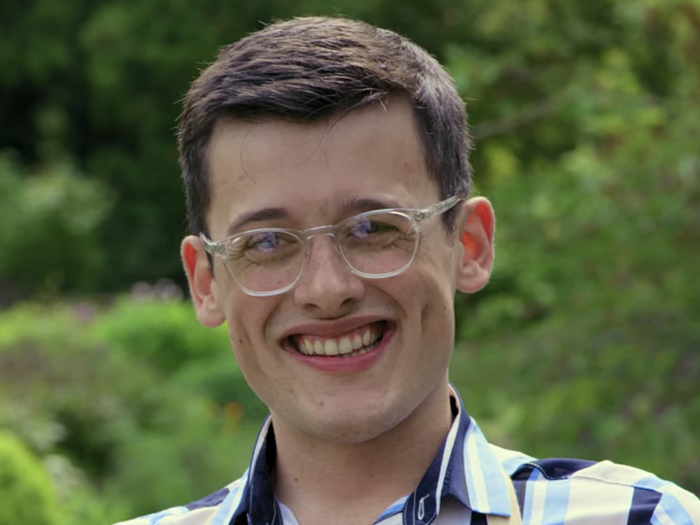 Michael Chakraverty, a former contestant on "The Great British Baking Show," hopes the series will continue to explore other cultures despite backlash to its controversial "Japanese Week" episode — but with "better research" next time.

Chakraverty, who released a new podcast about men's relationship with masculinity on Monday, was a contestant on season 10 of the baking show. He was named "star baker," the top honor in each episode, in episode three, and was best known for producing colorful, well-seasoned bakes. He was eliminated in the seventh episode.

"I hope this doesn't put [the show] off doing any other cultural weeks in the future. I hope they just do them with more thought," Chakraverty told Insider in an interview after the current season's finale aired.

His concern is that the show will avoid exploring other cultures' baking "because there's been such a backlash."

"It'll be like they've burned their fingers and won't go back," he said.

Season 11's "Japanese Week" drew significant criticism online for featuring non-traditional bakes, the contestants' use of pan-Asian ingredients not specific to Japan, and an insensitive joke by cohost Matt Lucas who pretended to mishear Japanese katsu curry as "cat-poo curry."

"I think that if you're going to do something from another culture, it will be great if we represented that culture and did that culture," Chakraverty told Insider. In his opinion, sticking to traditional Japanese dishes might have been better a better decision.

Chakraverty pointed to "Dairy Week" during his season as an example. For the showstopper challenge in that episode, the contestants were asked to make Indian milk sweets and, as Chakraverty notes, not all of the bakers used traditional Indian flavors. But the backlash wasn't quite as intense.

One of the viewers' main grievances with "Japanese Week" was that none of the bakes featured (steamed buns, matcha crepe cakes, and Kawaii cakes) were traditionally Japanese dishes. That, coupled with the fact that many of the contestants used pan-Asian ingredients (thereby perpetuating the stereotype that all Asian cultures are interchangeable), made it a target of criticism on Twitter.

Insider spoke to pastry chef Tomoko Kato, of Patisserie Tomoko, who told us that there's room for both traditional and non-traditional in Japanese cuisine.

Chakraverty, on the other hand, told Insider that he believes putting a more traditional spin on their bakes would have been a learning opportunity for the bakers.

"Actually, I think that's going to push the bakers more because it's going to make them have to learn something new from a new culture," he told Insider.

Netflix did not immediately respond to Insider's request for comment.

The season started with one contestant accidentally swatting another baker's cakes to the floor and the controversies only continued from there, including judge Prue Leith's badly-received babka comment and vicious cyberbullying of a contestant who made it through to the finals over an eliminated fan-favorite.

Despite the drama, Chakraverty points out how remarkable and unprecedented the season was, given the unique filming conditions caused by COVID-19. He also spoke warmly of the cast and crew who spent six weeks in a pandemic bubble to bring the show together.

"I think it was really impressive and I think it's easy to underestimate the sacrifice that they all made," he told Insider.

"Although I was quite jealous when I saw them all hugging each other. I was just like, 'God, when was the last time I hugged someone?'" he added.