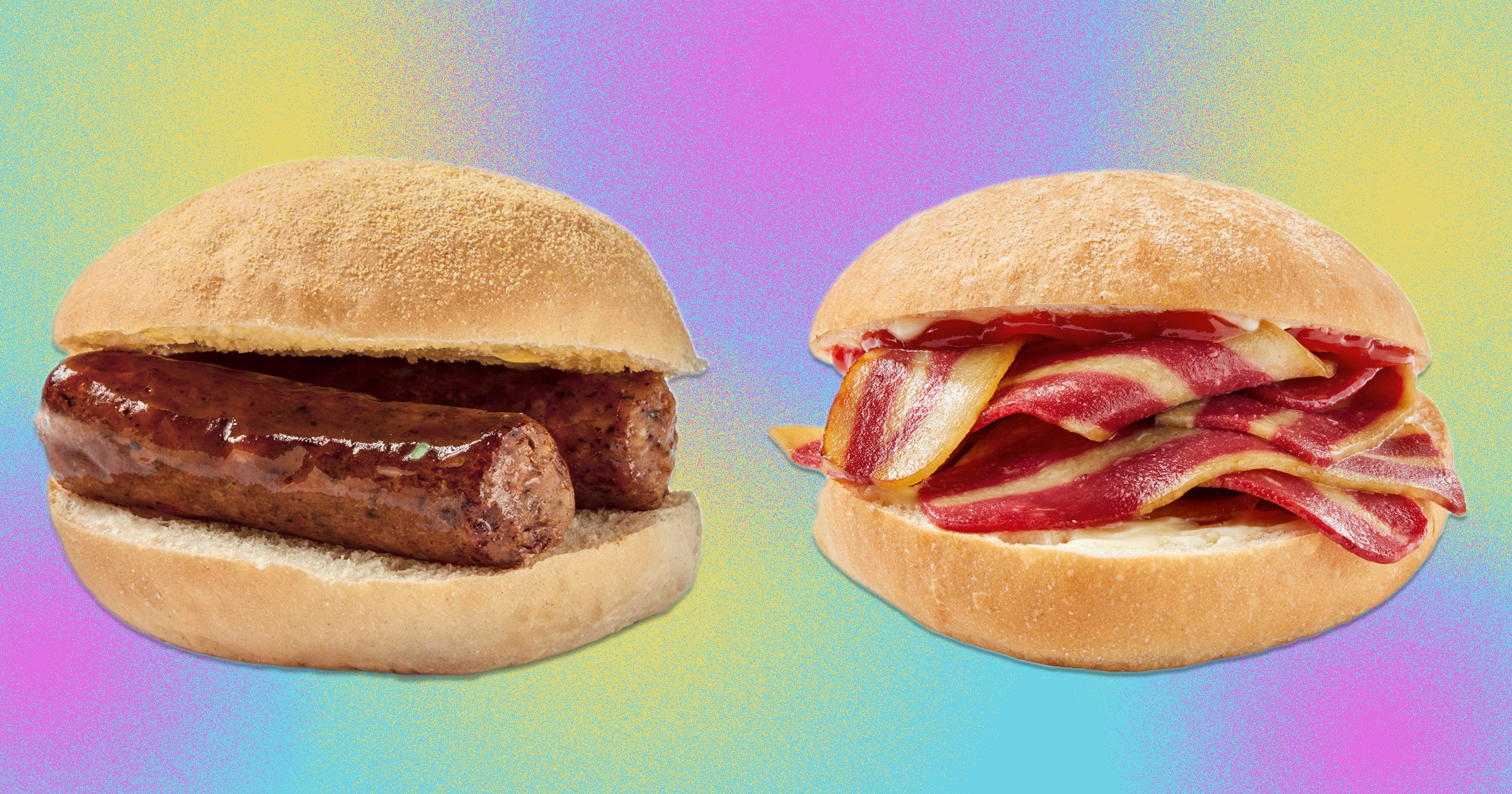 Greggs has been upping its plant-based game over recent years – with the arrival of the vegan steak beak and, more recently, the vegan sausage, bean and cheeze melt.

But the goodies just keep on coming – as there are some more newbies for autumn.

Available at 600 shops across the country for just £1.90, the plant-based treats make for a lovely morning pick-me-up.

The vegan sausage option is made up of Quorn sausages, served on a corn roll. Whereas the sister roll features smoky flavoured plant-based ‘bacon,’ sandwiched between the bap.

However, these vegan rolls aren’t the only things landing this week – as Greggs has a few other new arrivals on its autumn menu.

Hash browns – made from shredded, seasoned potatoes – are now an option, too. A two pack can be purchased for £1 or you can add them to a breakfast deal for just 50p.

Likewise, a new spicy chicken and red pepper soup is on offer at £2. What’s more, it’s two of your five-a-day.

Following the autumnal theme, you can also pick up a pumpkin spice latte for £1.95 – which arrived in some stores back in August, but is now available in all across the country.

Anyone with a sweet tooth might also enjoy the new sticky toffee muffin for £1.05. It consists of a spongy muffin with toffee and caramel-flavoured fudge pieces and a gooey toffee centre – so it’s bound to be a seasonal crowd-pleaser.

Elsewhere, Christmas has come early with the roast chicken and stuffing baguette for £3.20.

If the new plant-based options at Greggs have tickled your taste buds, Pizza Express has also launched a new vegan restaurant in London.