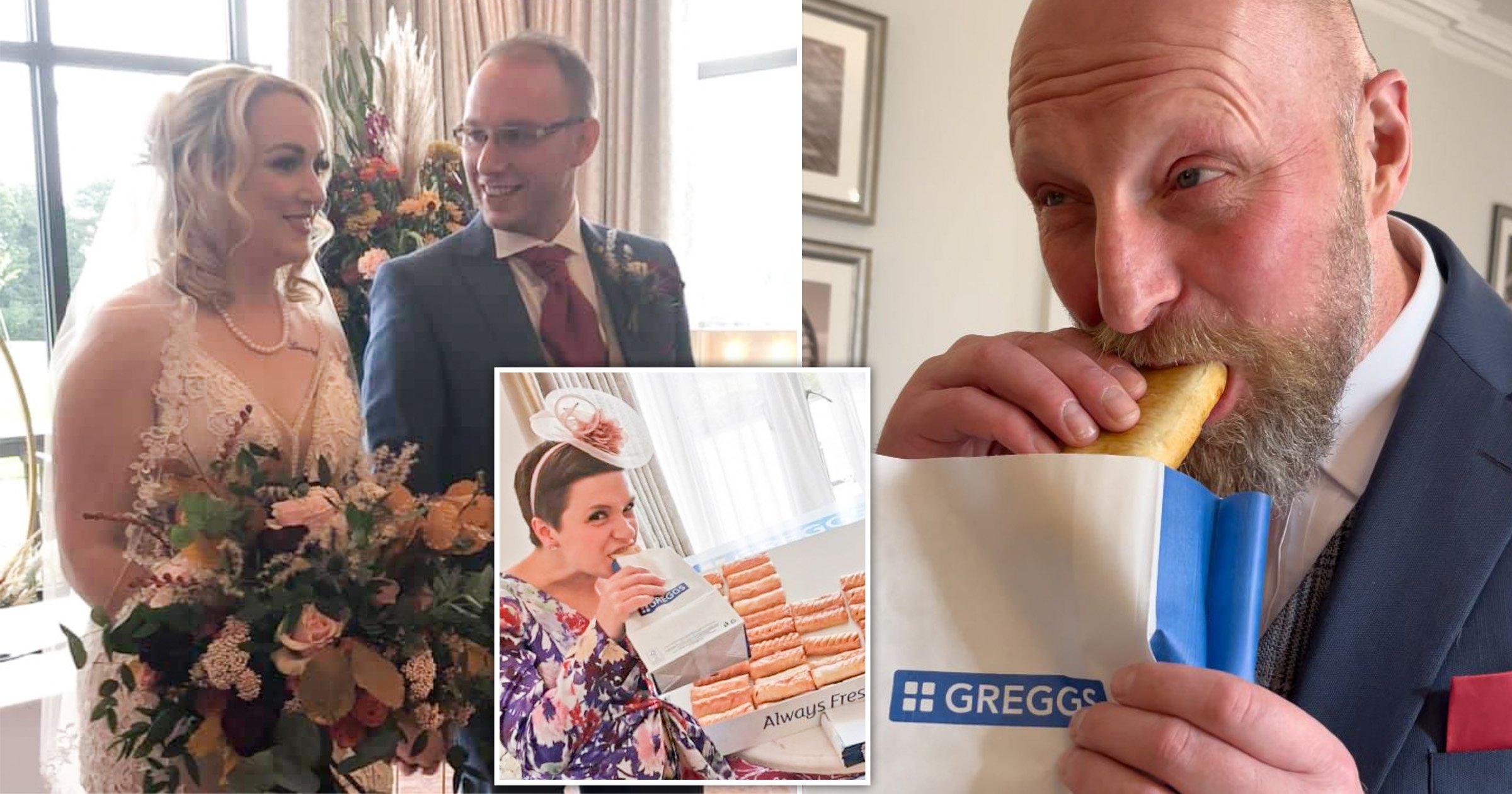 A Greggs superfan combined two of his greatest loves on his wedding day – his 29-year-old partner Emma and the humble sausage roll.

Pete Prentice, who sometimes visits the bakery chain more than four times a week, decided to create a pastry wall for guests on his big day.

The 34-year-old spent £95 on 100 freshly baked sausage rolls from a local Greggs store – although admits he probably could have ordered more, due to their popularity.

He said: ‘I wanted to do something different, I find doughnut walls so boring. I suggested a Greggs wall as everyone knows I love that place.

‘We probably should have got more because the whole board was empty within an hour.

‘Everyone was overjoyed and said it was a great snack after a load of alcohol.’

Project manager Pete stresses that Emma wasn’t thrilled by the idea at first, but by the end of their wedding day, on October 16, she had come round.

He said: ‘Emma wasn’t against the idea but she wasn’t very keen on it. But we did it anyway and it went down a storm.

‘Emma was all for it by the end of the night, too. She thought it was a brilliant idea.’

The dad-of-three, who lives in Winnington, says the taste of the savoury snack takes him back to childhood.

He also admits he cannot walk past the British bakery chain without grabbing a bite to eat.

‘It was a staple in my diet as a kid. I love the taste and it has become a rule of thumb that I must get one every time I see a Greggs,’ he adds.

‘I can’t walk past a Greggs without nipping in for one – even if I’m not hungry.’