You may not have been aware of the substances perfluoroalkyl and polyfluoroalkyl prior to this week when leaked Food and Drug Administration documents revealed that both had been detected in foods like meat, dairy, poultry and even store-bought chocolate cake.

Known as PFAS, these chemicals are found in items like food packaging, non-stick cookware and firefighter foam, and when found in concentrations, exposure to the substances is linked to testicular and kidney cancer, thyroid disease and high cholesterol.

PFAS are hardly a new phenomenon, with the Environmental Protection Agency having been aware of the risk for at least two decades. But as of late, the focus surrounding what’s been dubbed as “forever chemicals” has revolved around drinking water. Forever chemicals have infiltrated water across 43 states nationwide, impacting the drinking supply of about 19 million Americans.

With the news that they’re also being found in our food supply, things get even more complicated. But how much do we need to worry, and what can we do to control our intake?

Just how ‘forever’ are these forever chemicals?

PFAS don’t break down in the environment and take an incredibly long amount of time they take to leave the body. David Andrews, a Ph.D. toxicologist and senior scientist at the Environmental Working Group, explained how they earned the nickname “forever chemicals.”

“The half-life of PFAS is on the order of four to five years on average,” he said. “That means if you ingested some today, in four or five years only half that amount would be gone. They’re also called forever chemicals because they don’t break down in the environment.”

“When the Environmental Protection Agency drafted its lifetime advisory for PFAS as well as in New Jersey and internationally, it expected food to be the major exposure for people,” he said. “So it gets at this bigger question of expanding beyond drinking water ― what do we need to do to reduce or eliminate exposure as much as possible?”

How can I prevent my exposure to PFAS in food?

Unfortunately, because of the grand nature of the issue and the lack of research pinpointing how exactly the PFAS are infiltrating the food system, there’s not a whole lot we as consumers can do to prevent exposure.

“Based on what we know about food, there’s not much a consumer can do to change exposure in any meaningful way,” Andrews said. “At this point, it’s focusing on water and pushing for the FDA and the government to do a better job evaluating it. It’s a job that goes beyond one person, and simply changes can’t eliminate the exposure from food. You should be concerned, but realize a lot of this is outside of your hands. That’s part of the reason we’ve focused on federal standards because in this case, it’s really outside your hands based on how little we know.”

It’s a discouraging analysis, and one that Andrews says reflects both our current anti-regulatory administration, as well as extremely lax regulation of industrial use chemicals ― but it’s not all bad news. Andrews shared at least one source of PFAS you can take action in staying away from.

Are there any foods particularly high in PFAS?

“Microwave popcorn has traditionally been a very high source of exposure, we’ve recommended not using it for at least a decade because of the frequent use of PFAs on the paper coating as well as the ability to leak into the food.” Andrews said. “I was also part of a study three years ago that tested fast-food wrappers, we found 50 percent of those, pretty much from every fast-food chain in the country, including pastry wrappers from coffee shops were coated in PFAS chemicals.”

The chemicals are added to food to create grease resistance, but Andrews said there are other options to achieve the same goal. “I know fast-food chains are looking into moving out of this completely, but I don’t know where exactly that stands currently,” he said.

Andrews also said that complete elimination is not possible, there is proof that a significant decrease is.

“We can take very important steps that will drastically reduce the levels in people,” he said. “On the positive side, we have seen a decrease in the last decade of concentration of PFAS in our blood based on a voluntary phase-out agreement that the manufacturers entered with the EPA. We have seen that changes in the chemical marketplace do lead to changes in the general population and how much they’re exposed. We’ve also learned more about how potent these chemicals are and how much more needs to be done. But change absolutely can happen, and it can happen in our lifetime.” 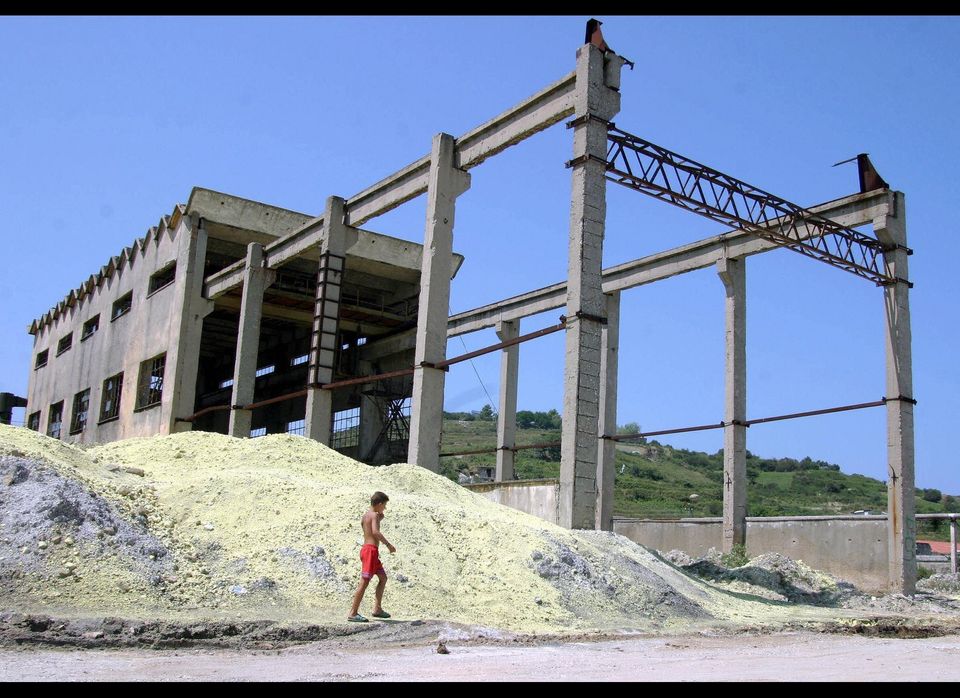