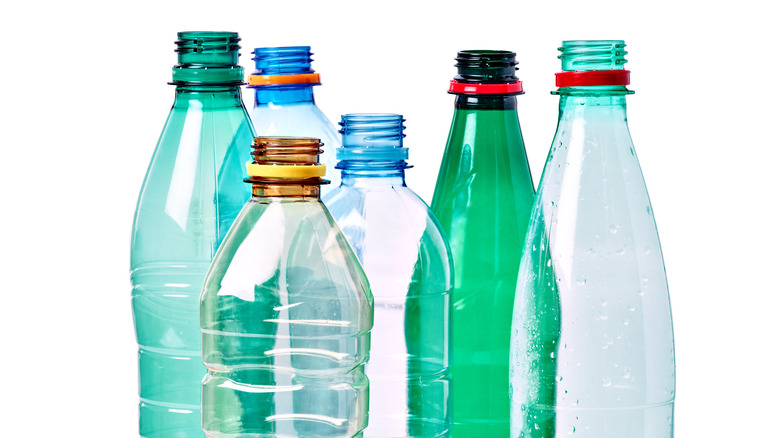 You may have noticed that when you are buying plastic containers or reusable water bottles lately, that some are marked with a label that reads, “BPA Free.” But do you know what it means or why companies are touting it so loudly on their products? BPA stands for bisphenol A (via Mayo Clinic), which is a man-made, industrial chemical that has long been used to make several types of plastic products from lining of cans to water bottles to food containers (via NRDC). In recent years, however, it was discovered that BPA, when it is leached into the food and water contained in those plastics, gets into the human body and acts like estrogen (via NPR).

For this reason, several companies that make plastic goods, especially ones that touch or contain food products, have recently been made without this chemical. The labels are there to tell you that the products in question are “safer.” But are they?

Unfortunately, a recent study published in Environmental Health Perspectives shows that most plastic products, even those that do not contain BPA, release chemicals into the food and beverages they contain (via NPR). So what does this mean for our hormonal health?

What the science says about plastics and hormones 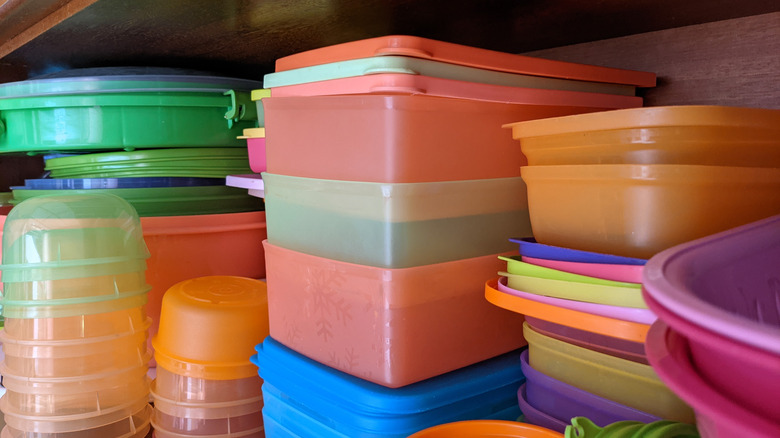 When chemicals disrupt hormones in the body by either mimicking certain hormones or blocking them, they are known as endocrine disrupters (via NRDC). BPA, for instance, mimics the behavior of estrogen when it is ingested into the human body, which interferes with the normal process of development in babies and children, and also disrupts the bodily processes necessary for maintaining a healthy adult body. In fact, studies show that BPA causes altered brain development, obesity, and reproductive abnormalities. This suggests that it is toxic to the human body.

Meanwhile, even plastics that do not contain BPA can also be potentially harmful. According to the study that was published in Environmental Health Perspectives, 70 percent of plastic products tested that did not contain BPA still released chemicals that acted like estrogen when soaked in water or alcohol (via NPR). And those chemicals were released before the products in question that ranged from food wrappers to water bottles to reusable containers, were even exposed to normal real-world wear-and-tear conditions like sunlight, dishwashers, and microwaves. After those processes happened, a whopping 95 percent of the products released estrogen-like chemicals.