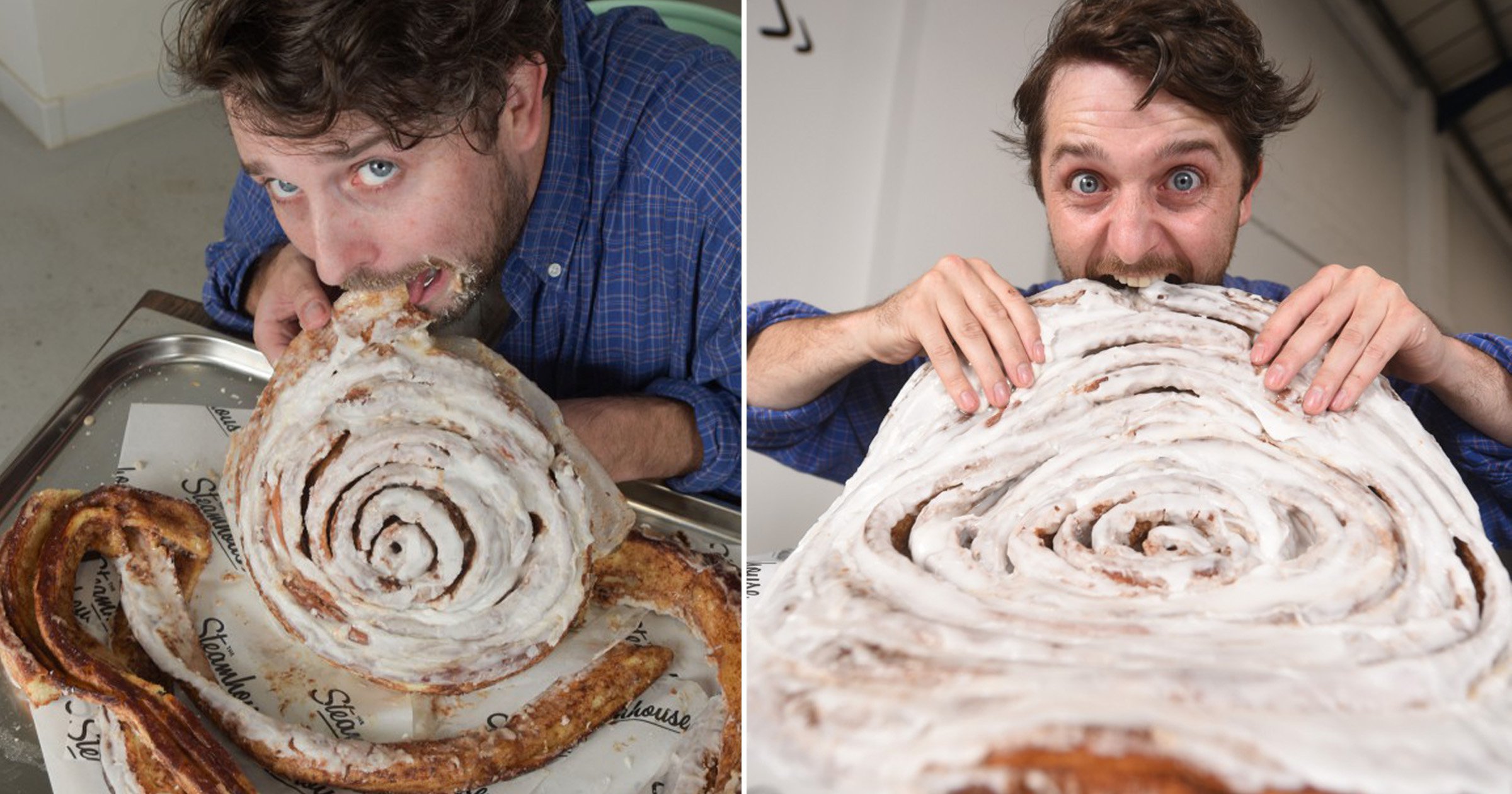 We do enjoy a good food challenge, whether that’s a giant breakfast (that only three people have managed) or a hefty portion of fish and chips.

This one, though, takes the cake*.

*Because it’s sweet. Get it?

This challenge is simple: Eat a cinnamon roll in ten minutes, and you’ll get your money back – plus a T-shirt to reward you for your efforts.

We should probably mention, though, that the cinnamon roll in question weighs 1.5kg, contains 8,000 calories, and is 42cm long.

The challenge is the creation of Ashley Baker, 33, owner of The Steam House Bakery in Redditch.

Ashley said: ‘The aim of this challenge is to finish the cinna-monster roll in under 10 minutes.

‘We have only had one competitive eater complete the challenge so far.

‘The huge cinnamon roll is bought by the challengers for £20 and if they manage to scoff it all down in the allotted amount of time they get their money back and win a T-shirt.

‘It takes our six bakers around three hours to bake and construct the giant cinnamon roll from start to finish.

‘And it is glazed and filled to perfection. It contains around 8,000 calories.

“It took our bakers a good few weeks to perfect the final product due to the sheer size and weight of it.

‘I think it took about six attempts in total until we really nailed it.’

While even Ashley says he wouldn’t attempt the cinnamon roll challenge, since its launch it’s attracted some serious competitors.

The bakery has made four in the past week.

If you like the idea of a giant cinnamon roll, but don’t fancy the pressure of downing it in 10 minutes, there’s also the option to just buy the item outright.

The baked treat could make a great alternative to a birthday cake or a pudding for a big party.

Or you could just eat it all yourself, free of time constraints. But you won’t get the T-shirt – or the satisfaction of overcoming a task only one other person has managed.