The concept of consuming deep-fried chicken wings coated in spicy sauce is a distinctly American tradition.

Buffalo wings were invented all the way back in 1964 — perhaps unsurprisingly, in Buffalo, N.Y. — when a restaurant owner named Teressa Bellissimo started whipping them up as a late night snack for her son and his friends.

The trend quickly caught on, and in 1977, Buffalo made Chicken Wing Day into a citywide holiday. Now it’s a national phenomenon, and restaurant chains everywhere are celebrating with all kinds of discounts and special offers. Here’s where you can find the best deals.

Buffalo Wild Wings: Get free order of snack size wings (boneless or traditional) when your purchase of any small, medium, or large wing order wing order. Note: Dine-in orders only.

Duffy’s Sports Grill: At this Florida-based sports bar, customers can get 50 percent off an order of 10 boneless wings with their purchase of another item.

Hooters: The famous wing chain is offering all-you-can-eat wings for just $15.99. Note: Check the restaurant’s website to see a list of participating locations.

Mountain Mike’s Pizza: The West Coast pizza chain is offering a free six-piece wing with the purchase of any large specialty pizza. Just use promo code 170476 when you place your order.

Pluckers: Texas and Louisiana residents can head to Pluckers for 75-cent classic wings (minimum purchase of 10 wings), plus Bud Light for just $1.

Wingstop: Get five free wings with every wing purchase at Wingstop on Monday, as long as you use the promo code 5FREEWINGS.

Wing Zone: Using promo code 2180, you pick up 16 boneless or classic wings for just $10 when you order online.Up Next

If all the deals have you wondering how many wings you could eat in one sitting, you’ve got some tough competition.

The world record for most wings eaten in a single sitting was set by Molly Schuyler in 2018, when she took down 501 wings in 30 minutes. That record was set at Wing Bowl 26, an annual wing-eating contest held in Philadelphia as an alternative to the Super Bowl.

The event, which was reportedly established due to the Philadelphia Eagles’ inability to win an NFL championship, was finally canceled after 2018, when the Eagles won Super Bowl LII.

Wings are still a huge part of the many Super Bowl festivities, though. In fact, the National Chicken Council reported that Americans ate more than 1.3 billion chicken wings during this year’s game.

Looking for some tips to make the perfect hot wings? Continue clicking through our slideshow!

What Is a Hot Wing?

For Big Lou, a traditional hot wing is made with Frank’s Red Hot Sauce that’s been mixed with a little butter and honey. He likes to start with a great, bone-in wing — “I love chewing on the bone.” Most wings are sold already split, but you can ask your butcher to do it for you otherwise. Also, have the wing tips removed because those tend to burn while cooking (there’s practically no meat), but they do make for a tasty stock so feel free to reserve them for later. 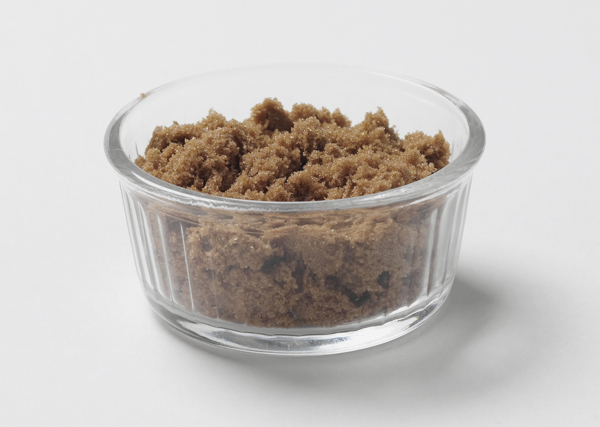 Opting for a Rub

Big Lou uses a flavorful rub directly on his wings — one that has brown sugar, cumin, garlic powder, onion powder, and ancho chile powder, just to name a few ingredients. This helps to season the wings and infuse flavor into the skin and meat. 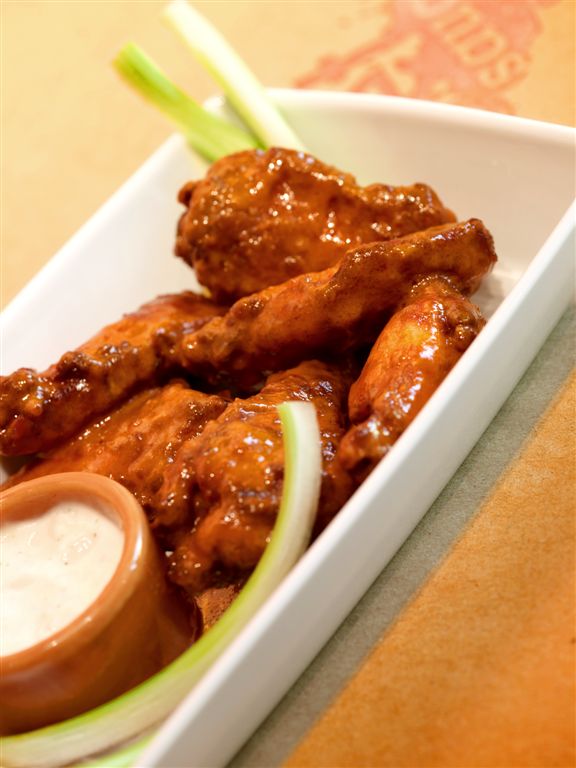 Stark recommends putting on a rub before you bread your chicken wings. She follows a standard breading that dips them in an egg wash, followed by flour, and then panko (Japanese) breadcrumbs. These steps are what give the wings that crispy crunch on the outside. To fry at home without a deep fryer, Stark recommends taking a deeper casserole dish or a pot and putting in a couple of inches of canola oil or whatever oil you choose for frying and fry in the pot. 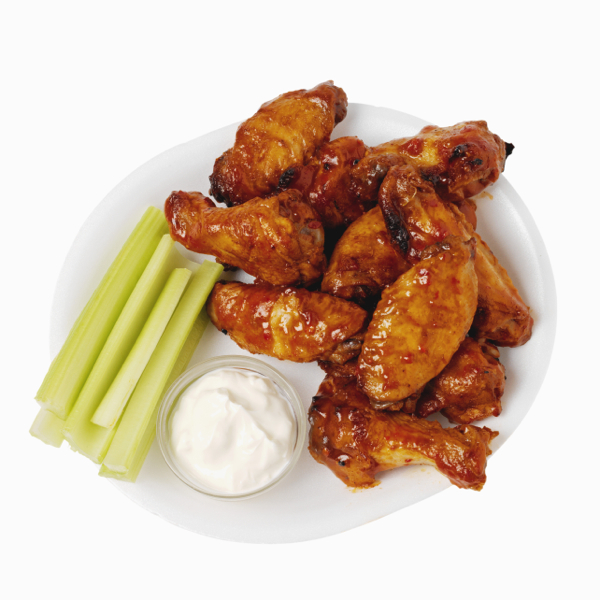 “The big secret here is that you can do this one of two ways. You can put the wings in your oven and do it ahead of time,” advises Big Lou, this works if “you’re having a big party for the game.” He suggests cooking them on a sheet tray at 350 degrees until the internal temperature is 160 degrees (about 40-50 minutes). At his restaurant, Big Lou prefers to smoke the wings for about an hour and then finish them in the fryer. If you do want to smoke your wings, he recommends putting the charcoal on one side and the wings on the opposite side. Because the wings are already cooked through, putting them in a deep fryer or under the broiler to finish warms them up and crisps the skin. 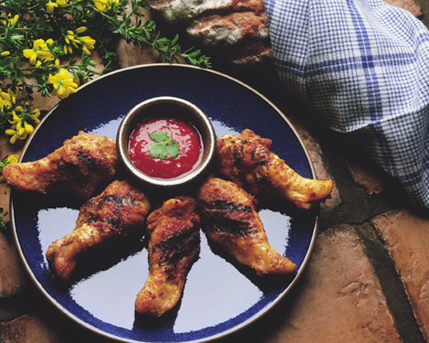 Why Frank’s? Big Lou says it’s a great commercial hot sauce, one of the original’s out there, and when people talk about hot wings, they are talking about Frank’s Red Hot sauce. “If that’s not hot enough for you, you can always add some Tabasco or more heat.” Stark would have to agree and spices her’s up with a habanero sauce. The sauce generally only takes about five minutes to make and can be made in a bowl or pan. Simply toss the wings in the sauce with tongs or your hands. (Photo courtesy of itemmaster) 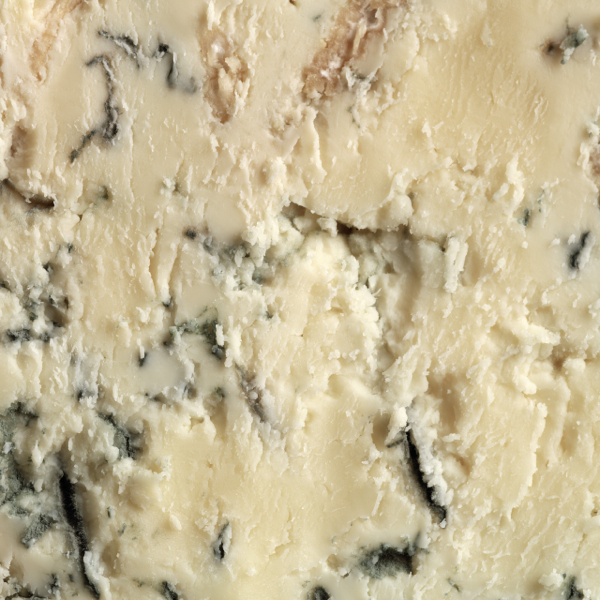 Both chefs agree — blue cheese all the way. While blue cheese is the traditional dip and offers a cooling counterpart to hot wings, ranch lovers shouldn’t be ashamed to dip away. Serve wings with celery and carrots — you need to make it a little healthy, after all. 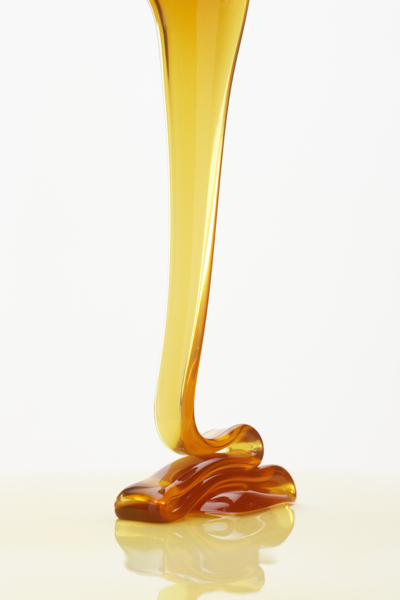 Feel free to experiment with wings if you want to branch out from the standard hot wing. Try Asian-themed wings with soy sauce, teriyaki, or hoisin sauce and a little honey to cut the heaviness. Big Lou loves a chipotle sauce but also thinks tossing wings in fresh garlic butter would be divine. Though, he admits that a surprising number of people at his restaurant like the wings plain.