James Martin says crab sticks are ‘food of the devil’

James Martin, 48, has shared a vast amount of recipes throughout his television career and is known for using oils and butters when cooking. Sharing a twist on the popular California roll, James explained that he changes one ingredient because he cannot stand it.

The traditional California roll is a makizushi sushi roll that is usually rolled inside-out.

It contains cucumber, crab and avocado.

The first version of the roll was reportedly introduced in the 1960s at a restaurant in Los Angeles.

Seeking an alternative for tuna, chef Ichiro Mashita used crab to give the dish a rich seafood flavour. 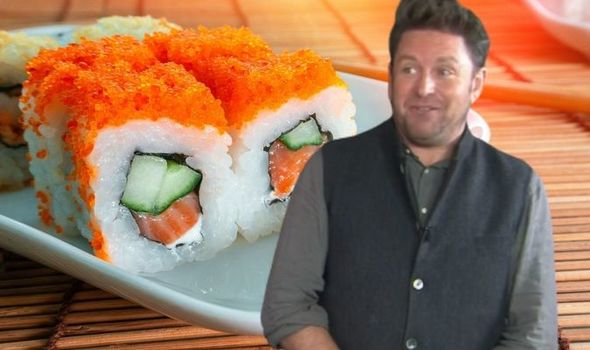 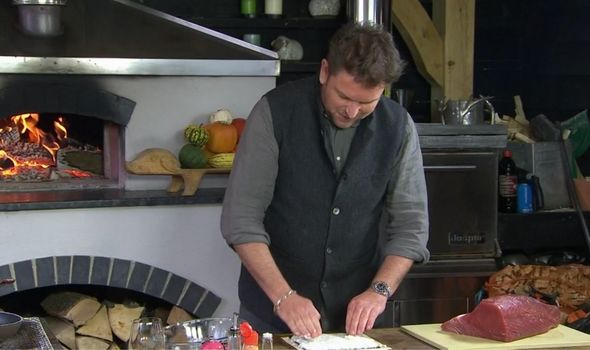 With the New Year being an opportunity for everyone to look for tasty but healthier food options, James shared his twist on the recipe.

Speaking on the show, the chef revealed that he swaps crab for tuna.

For those who also don’t like crab, tuna is a great healthy alternative that can produce the same flavour.

It is also a great source of protein with essential amino acids.

However traditionally, the sushi roll does contain crab meat due to its meaty texture and rich taste.

Here is how to make James Martin’s California sushi roll. 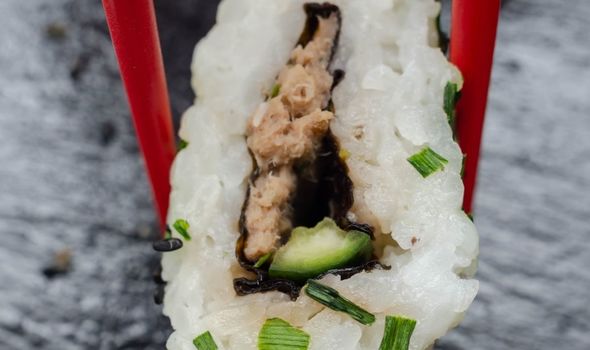 – One avocado, peeled and thinly sliced

Firstly, start of by making the dip so that it can be placed in the fridge.

To make the dip, grate the ginger to release all the juice, mix in the soy and sesame oil.

For the California rolls, place cling film all over the sushi mat and then place a nori sheet on top.

Using wet fingertips, cover the rice in a thin flat layer and sprinkle half of the sesame seeds and flip the whole thing over onto a board.

Place the cucumber, tuna, avocado and chives as well as the mayonnaise at the bottom end and roll up tightly.

To service, slice all four rolls into six even sized pieces and plate up with the dip.

For the seared tuna, pop some oil into a plan and sear the tuna on all sides for one minute, season and slice.