It used to be that social media was a safe place full of unicorn bagels and matcha lattes; now, you can hardly scroll through without friends (or, let’s be honest, influencers) name-dropping the keto diet or Whole30, two of the most popular plans out there right now.

I feel you: It’s hard to tell the two apart sometimes (they are both low-carb, after all), but there are some pretty major differences between the two. So before you go all in on one or the other, here’s what you need to know. 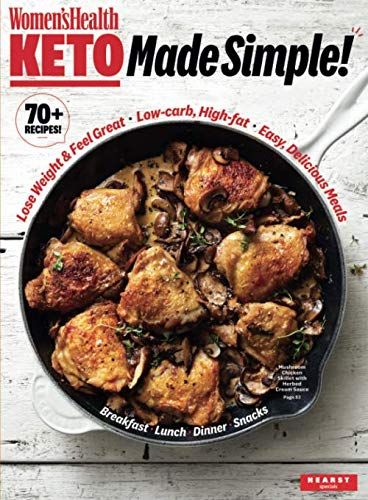 The keto diet is all about cutting carbs and upping fats—and it’s not exactly a new trend. The keto diet was introduced back in the 1920s. It was originally used to help people who suffer from seizure disorders—not as a weight-loss plan.

The rest of your calories should come from protein. Considering that the Dietary Guidelines for Americans recommend that 45 to 65 percent of your daily calories come from carbs, that’s a big cut in carbs.

WHAT YOU CAN (AND CAN’T) EAT

The keto diet does allow meat and cheese—but that doesn’t give you free range to start eating chicken nuggets and mozzarella sticks each night (or ever, on this diet). The list of approved foods include:

The keto diet urges you to (again) stay away from carbs and processed sugars.

That severe carb restriction is meant to keep your body in a state of ketosis, says Alyssa Cohen, RD. “Ketosis refers to the state of relying on ketone bodies for fuel,” Cohen explains. “Fat is the source used to make ketone bodies, so this diet aims to use fuel from fat, rather than carbohydrates [what our bodies primarily use for energy].” So basically, the keto diet helps you speed up the weight-loss process through fat burning.

In fact, the keto diet may burn 10 times as much fat as other diets, according to one small study. That sounds great, “but there’s not sufficient evidence that the ketogenic diet is more effective than other methods of weight loss,” warns Cohen.

Like many fad diets, the keto diet limits calorie intake by restricting food groups, which can lead to initial weight loss—but most of that will be water weight, since we store water along with glycogen (the storage form of glucose), she adds.

SHOULD YOU TRY IT?

Because it’s such a tough diet to maintain, given its restrictive nature, says Zeitlin, “when you finally allow yourself to eat normally again, it’s likely you will overeat as a response to the overly strictness of the diet, and gain back even more than you lost.” Not the end result you’re looking for.

The keto diet also ranked last on a list of the Best Overall Diets compiled by the U.S. News and World Report, so there’s that.

It may help you lose weight—there’s just not enough evidence for it to be recommended as a sustainable weight loss plan, says Zeitlin.

If you’re thinking about going keto, both RDs recommend talking to your primary-care doctor first—especially if you have any chronic health conditions, like diabetes, or GI issues. 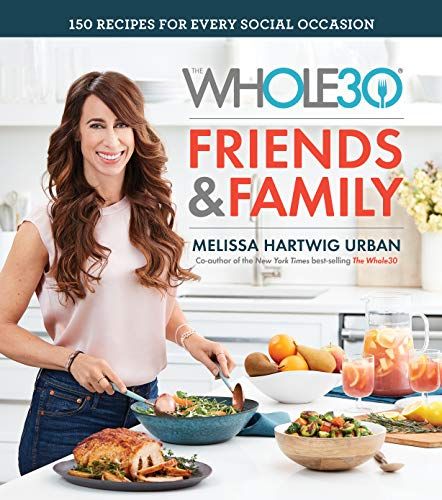 Melissa Hartwig Urban first created the Whole30 plan in 2009, and since then, it’s been everywhere. But if you ask them (or at least consult their website), it’s not a diet but rather a short-term nutrition reset that can “change your life” in just a month.

“Whole30 is an elimination diet that lasts 30 days and aims to change your cravings,” says Zeitlin. The plan also claims to stabilize your hormones, aid digestive issues, and boost your energy.

WHAT YOU CAN (AND CAN’T) EAT

“It cuts out added sugar and artificial sweeteners, alcohol, and all baked goods/candies/sweet/typical junk food items, which are great things to avoid and limit from a health standpoint,” says Zeitlin.

“But it also cuts out all grains, all legumes, and all dairy, which are healthy foods and a good source of vitamins, minerals, fiber, and protein to one’s diet,” she adds. Because of that, Whole30 was actually ranked second to last (just above the keto diet) on the U.S. News and World Report’s list of the Best Overall Diets.

Cutting out sugar, grains, dairy, and more, is supposed to help you make healthier food choices and nix bad eating habits (like junk food binges). And after the allotted 30 days, you’re supposed to slowly reintroduce food groups so you can pinpoint any ingredients that might be causing certain issues (pain, GI distress, acne, you name it).

You likely will lose weight on Whole30—“many people do appear to lose weight while following the plan, likely due to the decreased reliance on processed foods and increased consumption of whole foods, such as fruits and vegetables,” says Cohen. But it wasn’t designed for weight loss, and once the 30 days are over, you may gain all the weight back as you reintroduce your body to a normal diet.

SHOULD YOU TRY IT?

Whole30 is about a physiological and psychological reset (so, not just about the number on the scale), and if you’re looking to jumpstart your system and make healthier food choices, the 30-day plan may be a good guide for you. “It’s really for someone who is looking to make drastic changes for a short period of time and understands this is a band-aid, not a cure all,” says Zeitlin.

Whole30 also requires a fair amount of planning, since it may be difficult to get meals on-the-go and dining out may be tricky, says Cohen. So if you’re someone who already struggles with those issues, this might not be the option for you.

“Also, with elimination diets, there may be cause for concern regarding the risk of developing disordered eating habits, so be honest with yourself and evaluate whether a strict elimination diet is the right move for you,” she says. And, as with any elimination diet, you should talk to your doc before starting.

So let’s recap: These are the biggest similarities and differences between the two.

There’s a lot to unpack here, and sometimes you just need a little tl;dr to help. With that in mind…

Is one a “better” diet plan than the other? The verdict is…

Both diet plans are restrictive, which nutritionists aren’t exactly thrilled with. “I’m not in love with getting 75 percent of my calories from fat on the keto diet, nor am I in love with cutting out dairy and alcohol for 30 days on the Whole30,” says Scott Keatley, RD, of Keatley Medical Nutrition Therapy.

That said, Whole30 seems to come out on top. Whole30 “doesn’t restrict an entire macronutrient, but food groups, which may be more realistic,” says Beth Warren, RD, founder of Beth Warren Nutrition and author of Secrets of a Kosher Girl.

Keatley agrees: “Whole30 is closer to a generally healthful diet then keto,” he says. “The goal of cutting out some sugar from our diet is welcome for most people, but the proper adding back of foods following the 30 days is key.”

If you’re interested in trying out either diet, it’s a good idea to do your research in advance to see if it’s really doable for you and your lifestyle. Everyone’s needs are different, so it’s ultimately up to you.