The Kardashian family is known for eating things that are…questionable, to say the least. (Yes, I’m looking at you, detox teas.)

Now, it looks like Kim Kardashian is at it again—this time, sharing an Instagram Story of something called a “sea moss smoothie.”

Kim shared the food picture Wednesday, and it seemed like a pretty ordinary breakfast at first: eggs, sausage links, and avocado toast on a plate, along with a purple-colored smoothie. “Plant based life,” she wrote on the photo, along with a heart emoji. Near the smoothie, she wrote “sea moss smoothie.” 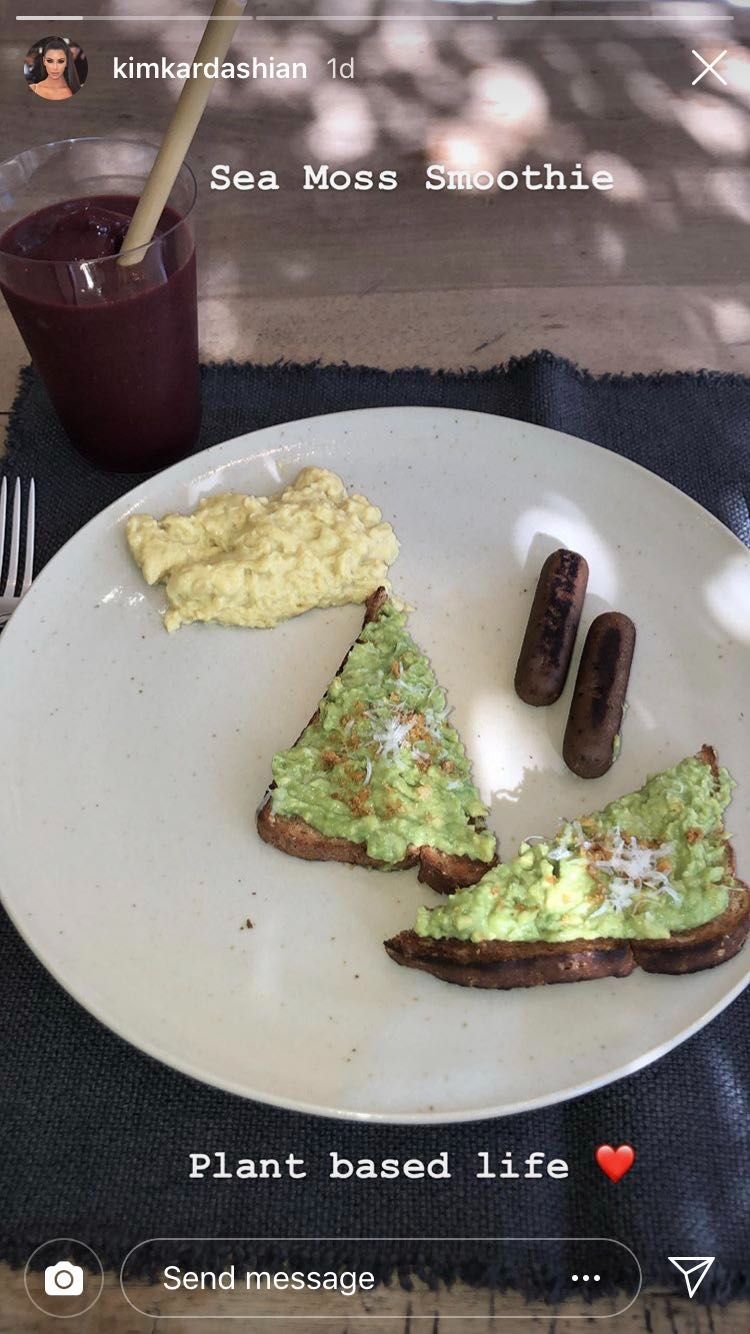 Honestly, I have so many questions already: For starters, Kim’s photo showcases what looks like eggs (definitely not a plant), next to sausage links (still not a plant), next to what looks like avocado toast (hooray, a plant!). Of course, it’s entirely possible that she was noshing on some kind of tofu scramble with fake meat links, but let’s discuss that smoothie already.

First, it’s important to note that Kim’s not the only one drinking this questionable looking beverage: There are sea moss (also known as Irish moss) smoothie recipes all over the internet. Who knew? Fans claim the stuff can help boost your immune system and get rid of infections, since it’s a good source of potassium chloride, a nutrient that helps fight inflammation while acting as a natural antimicrobial and antiviral agent.

There is some merit to these claims. Sea moss is a red algae that contains nutrients like bromine, sulfur, calcium, iodine, magnesium, phosphorus, manganese, potassium, beta-carotene, selenium, protein, pectin, zinc, vitamin-C and B-vitamins, says Beth Warren, RDN, founder of Beth Warren Nutrition and author of Secrets of a Kosher Girl. 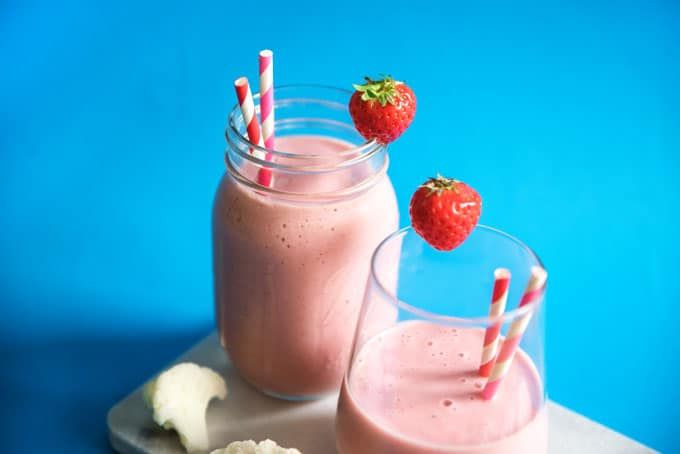 “The potassium chloride, omega-3 fatty acids, and chlorophyll are helpful in clearing mucus,” she says. (Maybe Kim has allergies?) As for the claims that it provides antimicrobial and antiviral benefits…there’s really not good data to back this up. “More evidence-based studies need to be performed to understand short and long-term effects,” Warren says.

The potential negative side-effects of consuming sea moss are also pretty unclear, with sites like Indigo Herbs noting that it could act as a blood thinner (which could be problematic if you’re already taking blood-thinning meds), and cautioning against its use in pregnant or nursing women. Mountain Rose Herbs also notes that sea moss could cause allergic reactions in people with shellfish allergies.

So, like many Kardashian-endorsed foods, you might want to check in with your doctor before trying this one. Or, you know, just stick to your usual strawberry-banana smoothie and call it a day.