Now that Pride Month is in full swing, chances are you’ve been getting into the spirit of things by sampling a variety of rainbow-hued bites and sips. IMHO, there’s no such thing as too many colorful treats, and Kith Treats and Baked by Melissa’s Pride 2019 shakes and ice cream are here to treat your tastebuds to the flavors of the rainbow in dessert form. Get ready to satisfy your sweet tooth with some Pride-approved sips and bites, because these limited-edition goodies will be coming to stores on Monday, June 24.

As a cupcake-lover, I have to admit I’m constantly keeping tabs on the latest seasonal offerings from Baked By Melissa. The New York City-based bakery always has something special up its sleeve for holidays like Mother’s Day, Valentine’s Day, and International Women’s Day, because every occasion could use some cupcakes to make things a little more festive, IMHO. In honor of Pride Month, the cupcake retailer is now teaming up with dessert confectionary Kith Treats for a seriously ‘Gram-worthy addition to your June dessert spread. Not only is the Rainbow Cupcake Swirl — which will be retailing at all Kith Treats locations nationwide as an ice cream or milkshake for a limited-time — unapologetically photogenic, but it also supports a good cause. According to press materials, the two New York-based companies decided to work together on the colorful concoctions as "a symbol of support for the [LGBTQ] community and a commemoration the 50th anniversary of the now infamous Stonewall Uprising." Getting your cupcake fix handled while showing your support for the LGBTQ community? It’s a win-win. If you’re wondering what exactly is in the Rainbow Cupcake Swirl, you can expect a "a mix of colorful, vanilla Baked by Melissa cupcakes in a rich ice cream base," according to press materials. The result promises to be a funfetti cake-inspired ice cream featuring swirls of bright colors, thanks to a technicolor combination of seven cakes (!!!) that match up with the colors of the rainbow. And, if you get the shake, you can up the sweetness ante with the addition of a whipped cream topping.

To get your hands on one of these bad boys, you’ll need to head to a Kith Treats location stateside anytime between Monday, June 24 through Sunday, June 30. You can keep an eye out for a storefront if you’re located in Manhattan, Brooklyn, Los Angeles, or Miami. According to press materials, you can grab the Rainbow Cupcake Swirl in ice cream form for $8.75 or as a milkshake for $1 more at $9.75 during this one week, so I’d make sure to plan accordingly. 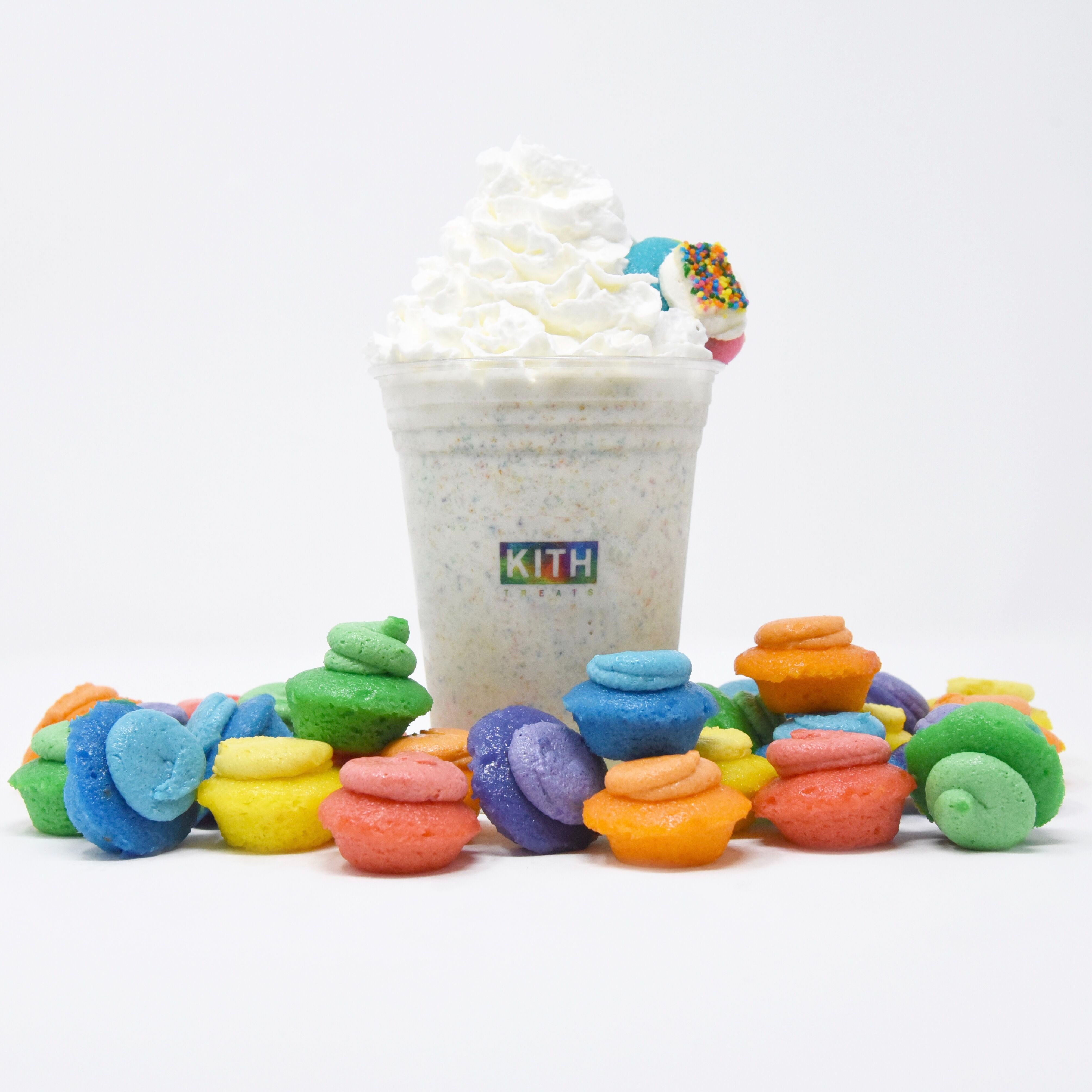 If you don’t happen to live in one of these cities or you’ll be out of town that week, you can still add some color to your ‘Gram with other Pride-approved munchies by heading over to Baked by Melissa’s online shop. Through June 30, the cupcakes retailer will be offering several different packages of rainbow-hued chocolate and vanilla cakes starting at $28. The best part? According to their website, 10% of all their proceeds from their Pride line will be benefitting the Lesbian, Gay, Bisexual & Transgender Community Center in New York, so you can feel extra good about your purchase. Happy munching!