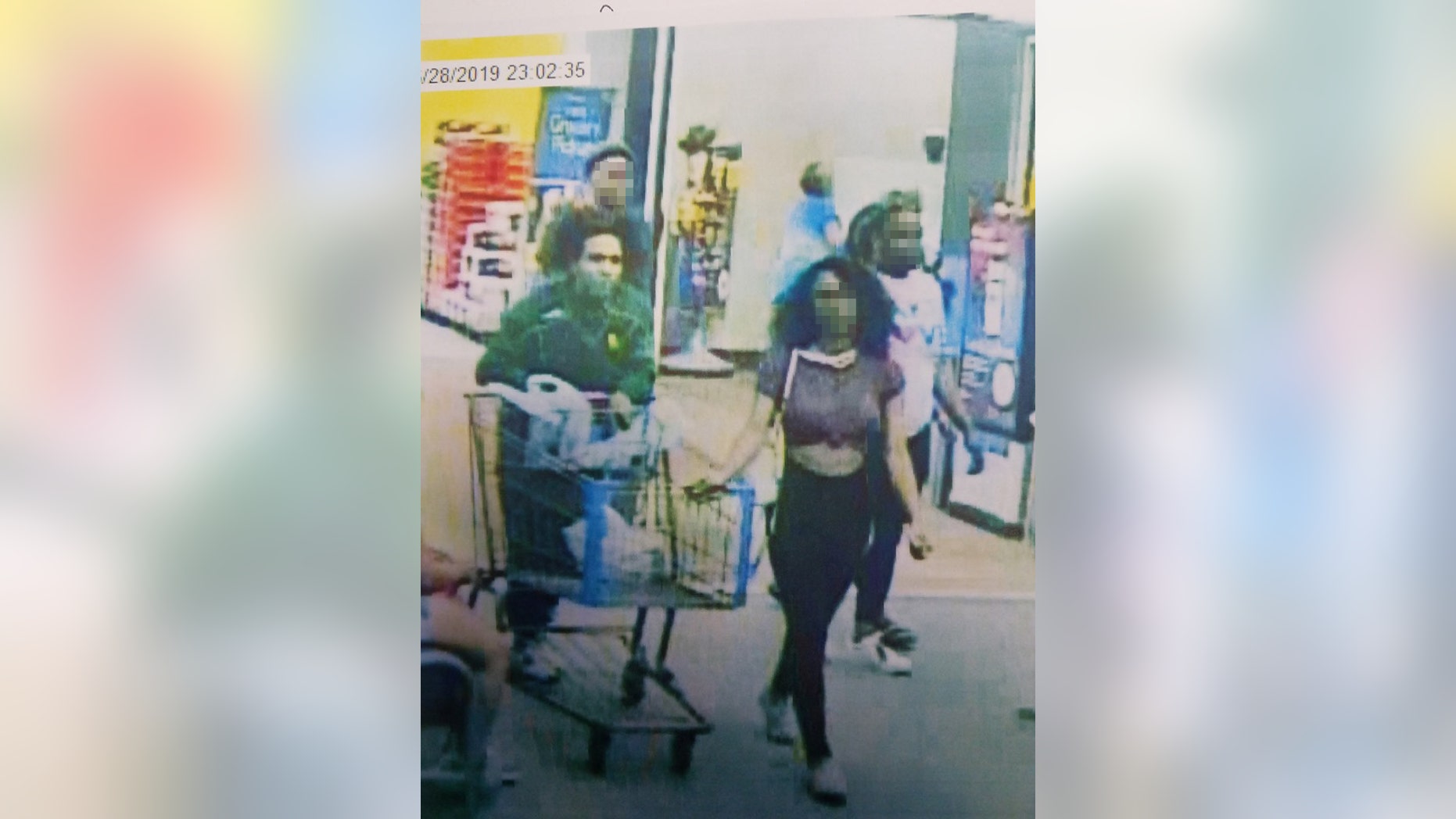 Still from store video showing the suspected "Blue Bell Licker" and her boyfriend. The girl, a juvenile whose name has not been released, has been identified by Lufkin, Texas police as the person who licked a tub of ice cream in a Walmart store then put it back in the freezer. ​
(Lufkin Police & Fire)

East Texas police say a San Antonio juvenile is the person whose face is partially visible in a short video showing her licking a tub of Blue Bell ice cream in Walmart before putting the lid back on and returning it to the freezer.

On its Facebook page, the Lufkin Police Department said: "The suspect is tied to the Lufkin area through her boyfriend’s family. We have spoken with her boyfriend, who is an adult, as well. They were both forthcoming with what occurred and admitted to the act."

"We do not intend to pursue charges against her as an 'adult' and therefore what happens from here is at the discretion of the juvenile justice system," the statement said. "We cannot speak for them as to what charge she will face in the juvenile justice system. As to whether her boyfriend will face charges, we are currently discussing his involvement with prosecutors."

The video went viral and earned the suspect the name "The Blue Bell Licker."

Blue Bell Creameries said in a statement that it determined a Walmart store in Lufkin was where “the malicious act of food tampering took place.”

A short video posted to social media last week shows the girl laughing as she places the top back on the half-gallon container and returning it to the freezer. Blue Bell says the container that was “compromised” was found and removed.

The company says “food tampering is not a joke.”

Lufkin police previously said the suspect faced a felony charge of tampering with a consumer product.

The police Facebook statement noted that identifying the juvenile was challenging at first because several imposters appeared on social media, claiming that they were the Blue Bell Licker.

"What made this case difficult is that a 'catfish' with a similar screen name (within one letter of the suspect’s screen name) began taking credit for it," the police said. "It was actually the catfish and NOT our suspect who bragged on Instagram about the incident saying: 'Yeah, I really did that. You can call it Flu Bell ice cream now ‘cause I was a lil sick last week. Repost yourself doing this. Let’s see if we can start an epidemic (literally).'"

"There were roughly 4-6 women with similar screen names and appearances that law enforcement had to eliminate – including the catfish – before getting to the actual suspect."

On Friday, Blue Bell Creameries said in a statement: "We thank everyone for their assistance in this case including the San Antonio Police Department, Lufkin Police Department, Walmart, and our customers who alerted us to this incident…This case is now in the hands of the Texas Juvenile Justice Department to pursue however it deems appropriate."

This story contains reporting from The Associated Press.