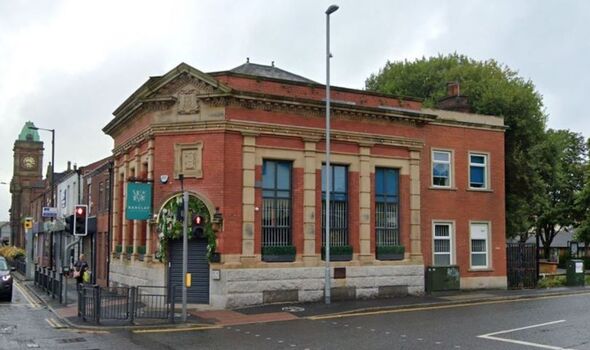 Bosses at The Barclay Pizza and Prosecco in Royton, Oldham, accused the pair of deliberately setting off the fire alarm.

Taking to social media to hit out at the customers, the restaurant urged them to come forward.

A spokesman for the venue also claimed the police are involved, reports The Manchester Evening News.

A post on the restaurant’s Facebook page reads: “Once upon a time… a group of people came out for a nice night… 2 [people] from the group decided to ruin their night and everyone else’s by setting off our fire alarm, oooh how they laughed when they did it.

“They obviously didn’t look up and see our many cameras catching them in the act (not exactly seasoned criminals these 2) so on that note, this has now been reported to the police along with our CCTV, so can you please come forward as the police would like to speak to you.

People flooded to Manchester Evening News’ Facebook page to give their views on the laughing customers.

One person wrote: “I would be publishing the video here, to be honest, show them up for what they really are.”

Another person commented: “What a nation of self-entitled idiots we have become.

“No manners, respect or decorum they should have been kicked out immediately”.

A third person suggested that the restaurant publishes the CCTV images of the culprits.

They wrote: “Post the pic of them. Maybe someone will be able to identify them for you”.

A fourth person said: “Too many idiots these days with money to burn.”

Another person commented: “I hope the rest of the customers just ignored the fire alarm and were given a substantial discount on their meal”.