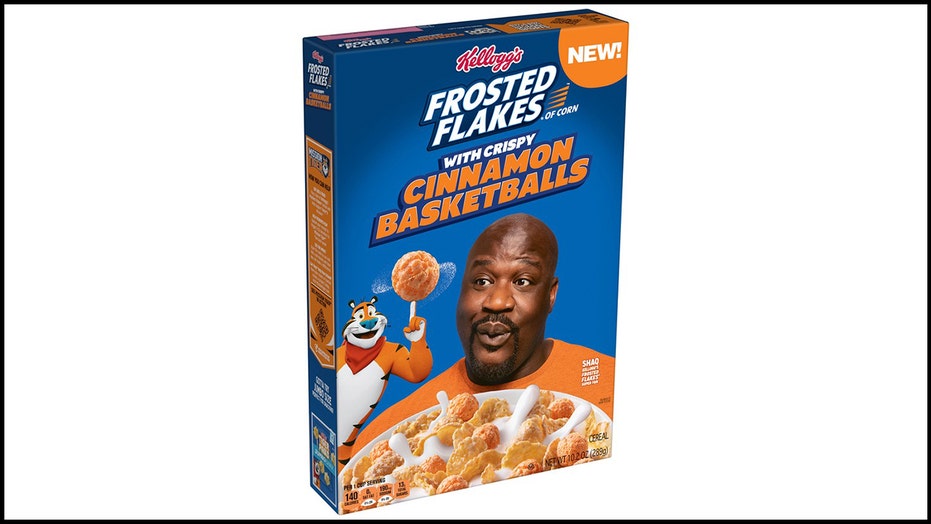 A new kind of Frosted Flakes is about to bounce onto grocery store shelves.

Earlier this week, Kellogg announced that it will be releasing Frosted Flakes with Crispy, Cinnamon Basketballs, in partnership with basketball legend Shaquille O’Neal.

As the name would suggest, the new cereal includes traditional Frosted Flakes, as well as new “crispy, mini cinnamon-dusted basketballs,” the announcement said.

To celebrate the new release, Shaq will be giving away 25 boxes of the new cereal, complete with his autograph. 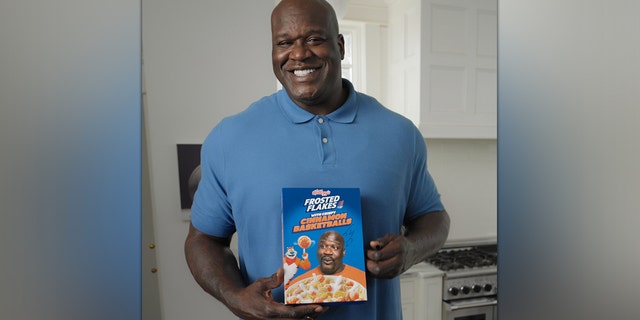 Earlier this week, Kellogg announced that it will be releasing a new cereal in partnership with basketball legend Shaquille O’Neal.
(Kellogg Company)

“It’s no secret I love Tony the Tiger, and having my own Kellogg’s Frosted Flakes cereal has been a lifelong dream,” Shaq said in a statement. “Now that this dream is finally coming true, I don’t want fans to have to wait a second longer, so I’m giving a lucky few the chance to win one of the first boxes, signed by yours truly!”

In his statement, Shaq added that sales of the new cereal also support Mission Tiger, a program launched by Frosted Flakes to help middle school students have better access to sports.

According to the announcement, Kellogg donates $2 for every purchase of a box of Frosted Flakes when the receipt is uploaded to the Kellogg website.

“After a year when so many in-school programs like sports were put on hold, students and middle schools need our help more than ever to give students athletic resources, wherever they’re learning,” Brant Wheaton, the marketing director of Kellogg U.S. ready-to-eat cereal segment, said in a statement. “We’re thrilled to have Shaq on our team to help rally support for Mission Tiger, making a difference in middle schools and students’ lives nationwide.” 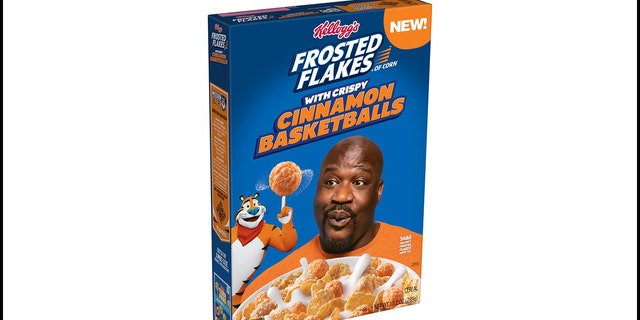 According to the announcement, Kellogg’s Frosted Flakes with Crispy Cinnamon Basketballs will be available nationwide for a limited time starting later this month.