There are certain foods that have the power to transport you.

Meals that take you back to a specific moment in your childhood. Smells and tastes and textures that remind you of places you have lived and people you love.

For those from ethnic minority groups in the UK, food can be a link to home, a force of connection and belonging, a celebration of heritage and history.

For Natasha Ahmed, a policy advisor from west London, her relationship with food and her Afghan heritage has been complex – and has changed over her lifetime.

She explains how her dad’s food helped her find her way back to herself and embrace her minority heritage in a stunning essay in the latest issue of literary review Bad Form.

‘My mum is Malaysian and my dad is Afghan,’ Natasha tells Metro.co.uk.

‘It was really lonely for my dad coming here. So, he cooked. He cooked for his friends. And he cooked for me when I was growing up because mum was often at university and working.’

Natasha’s dad really wanted to be a doctor, he had even studied in Afghanistan, but when he got to the UK he couldn’t continue to study or work in medicine. 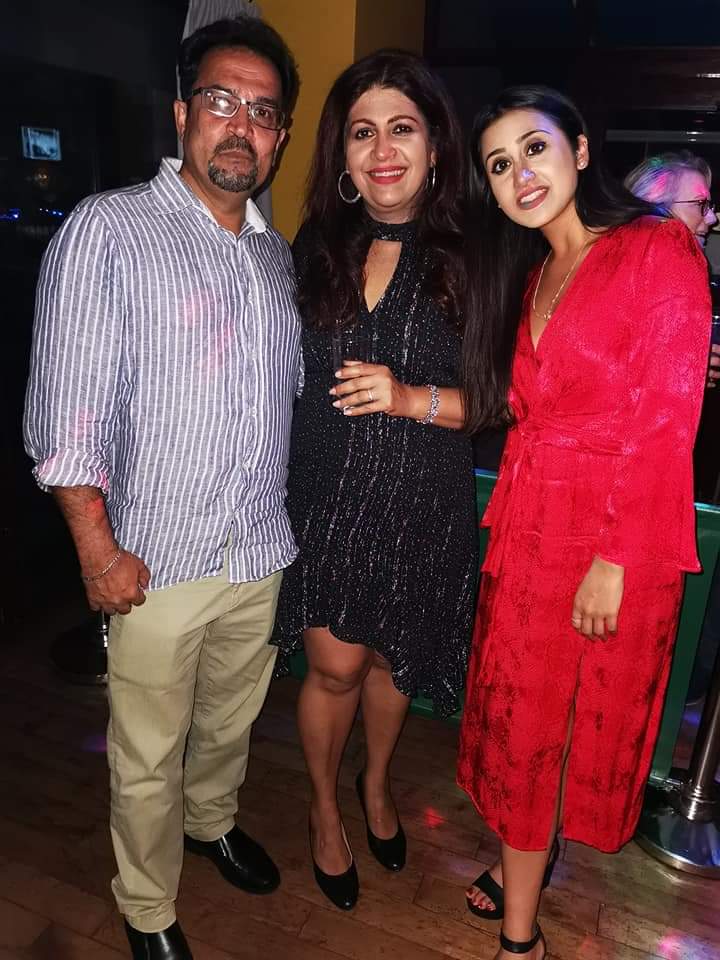 ‘Both my parents had complex experiences with the migration journey,’ says Natasha. ‘My dad was an asylum seeker and my mum came to study here. My dad wanted to study and work here too, but there were a lot of complex issues preventing him doing that.’

‘I moved out of our family home in October. It has been amazing, but challenging because now I don’t get to spend every day with my parents.

In her moving essay, Natasha describes what it was like to be part of a middle-eastern family in the aftermath of 9/11.

As a child, she felt the tide change as her father’s homeland became synonymous with ideas of terrorism, wart and hostility. She began to push back against her heritage, to reject anything that linked her to Afganistan – including her father’s food.

Our love for our father’s food had changed, we no longer wanted to taste his Borani Banjan – we didn’t want to associate our taste buds with a place that had changed for us. My father, accepting this began to cook us western food – so when we were at school, we wouldn’t be singled out.

After the family moved from a diverse area to a predominantly white area, Natasha recalls feeling a new pressure to try to fit in and play down her family’s difference.

‘I was at a Rainbows club when I was quite little, and my dad came to pick me up wearing Afghan clothes, which was completely normal for me – I had never thought anything of it before,’ says Natasha.

‘One of the young girls was like, “Why is he dressed like that?” And I was really confused. I called my dad “Baba” because I didn’t know the word for “dad”, and I asked her, “doesn’t your Baba wear things like that?” and she stared at me and said, “Baba?! What does that mean?”

‘There were also times at school where I was called a Paki, and I didn’t know what that meant. I found myself retreating into my shell at that time.

‘I realised there was something about being who I was, and being attached to my dad, that was wrong. I didn’t know what it was at that time. All I knew was I didn’t want to be different. I wanted to fit in. So I stopped eating my dad’s food.’

Natasha says she didn’t really know how to vocalise or even comprehend how she was feeling or why she was feeling this way, but she felt an overwhelming urge to detach herself from whatever her parents were and forge something for herself. She looks back on this now and recognises it as a painful ‘fragmentation of identity’.

‘But as I grew up, I started to feel this pull towards something that I was missing,’ she says.

‘My dad’s family all live in Germany, and whenever I used to go there, I would feel completely alone, because I wasn’t like them either. I wasn’t Afghan. I realised my dad never taught me about Afghanistan, he never spoke about it, because he didn’t want to be associated with it, either. He didn’t want people to judge him, or assume he was a certain type of person based on where he came from.’

Natasha made a decision while she was at university to learn more about who she is, and where she comes from. She wanted to reconnect with the part of her that she had kept hidden for so long.

‘It was through my dad’s food that I came home to myself again,’ Natasha tells us.

‘And now I’m proud. Whenever I am asked, “where are you really from?” I’m happy to say, “I’m half Afghan.” I wear it with pride. Feeling comfortable in your own skin and your own identity is a challenge for everyone, and even more so when you’re a minority or the child of immigrants. So, trying to learn a bit more about my parents and their journey ha really helped me on my own journey.’

This is Natasha’s recipe – inspired by one of her favourite meals cooked for her by her father:

Peel aubergine and slice them. Put them on pieces of kitchen paper and sprinkle salt on them.

Cover the aubergine by placing another kitchen paper over them, and let rest for one hour.

After one hour, dry the excess water by blotting with kitchen paper.

Heat up the pan with oil. When hot, place aubergine slices in the pan and brown on either side. Remove aubergine from the pan.

Mince garlic and fry in the pan. Add the tomatoes, chilli, turmeric and salt to taste.

Cook the tomatoes through until the mixture bubbles.

Return the aubergine to the pan and place on top of tomatoes.

Add a little water to the pan, cook then on low heat for 20-25 minutes until its cooked through and there is no water left in the pan.

‘My dad loves cooking, he really does,’ says Natasha. ‘He will start cooking around three o’clock in the afternoon for a 7 pm dinner. And it’s always something quite intriguing and interesting. He will use his own culture and fuse it with something that he’s seen on TV, or just something he has thought of himself – he’s so creative. I was really so lucky to have that home.’

Natasha’s recipe and story was featured in Vogue, and as a result all of her colleagues had a go at making her dad’s recipe – which was an incredibly special moment for her.

‘We have my dad’s food from Kandahar in Afghanistan, from when his mum taught him how to make it, now it’s in Vogue and my posh, white colleagues are making it at home and actually calling it by the name my dad uses.

‘This is why food is so important. All the different parts of myself – the British self, the Afghan self, the Malay self, and the self that’s trying to figure it all out – I can bring them all together through food.’

Natasha says finding a platform for her dad’s history has been a huge privilege for her.

‘My dad is not a very emotional man,’ she explains. ‘But I know his story because I have kind of dragged it out of him. Being from where he’s from, there is a pretty violent history, and he has lost so many people.

‘This story is extra personal because not many people assume that an Afghan man is going t a whirlwind chef in the kitchen. So, it has been incredible to speak about him and his story through through the words of food.’

Bad Form is a literary review by Black, Asian, and racialised community writers, founded by Amy Baxter in response to the statistic that in 2016, less than 100 books by British ‘BAME’ authors were published out of the hundreds of thousands released.

‘If mainstream publishers wouldn’t platform our writing, then, I thought, we would do it ourselves,’ Amy tells Metro.co.uk.

‘The Food issue is our sixth, made up of essays, short stories, and poems, and arguably most importantly, recipes. There is, in immigrant households, often a disconnect between the food we eat in the home, the food that we see in public, and the food we see in literature. I cannot, off the top of my head, give you a single example of the Gujurati food I grew up eating in the books I grew up reading.

‘I’m so grateful that all of the writers in this issue have tried to rectify this through their beautiful contributions.

‘Cooking your way through this issue is a beautiful tribute to the people who don’t get to see themselves in print, the people who have preserved these recipes through generations.’

The Food Issue of ‘Bad Form’ is out now, and available to order through the magazine’s website.