Burger King starting out 2021 with a whole new look. On Thursday, Jan. 7, BK announced its first complete rebrand in more than 20 years — and the resulting imagery looks so sleek and minimalistic. These tweets about Burger King’s new logo, which will appear on food items, packaging, uniforms, and restaurants all around the world, are so hyped about its retro vibe.

Starting in early 2021 (so, like, very soon), the fast food chain will swap out the bright red, blue, and yellow logo it’s had since 1999 in favor of a full-on branding makeover. In addition to a brand new minimalist logo, which resembles the 1969 to 1999 icons that had the words "Burger King" in between two buns, the Jacksonville, Florida–based chain will be rolling out new packaging, merch, and social media assets with the revamped look. Customers can also expect an overhauled in-store experience with new crew uniforms, decor, and menu boards.

When creating a fresh look for the new roaring ’20s, the company opted to do a whopper of a makeover inspired by the personality of its brand as well as more recent improvements to its food. In light of a removal of colors, flavors, and preservatives from artificial sources from its menu items, as well as a pledge towards environmental sustainability, Burger King is putting the focus back on its menu offerings with stylized illustrations of some of its most popular meals.

As a refresher, here’s the brightly colored vibe of the current logo, and right next to it, the new logo: 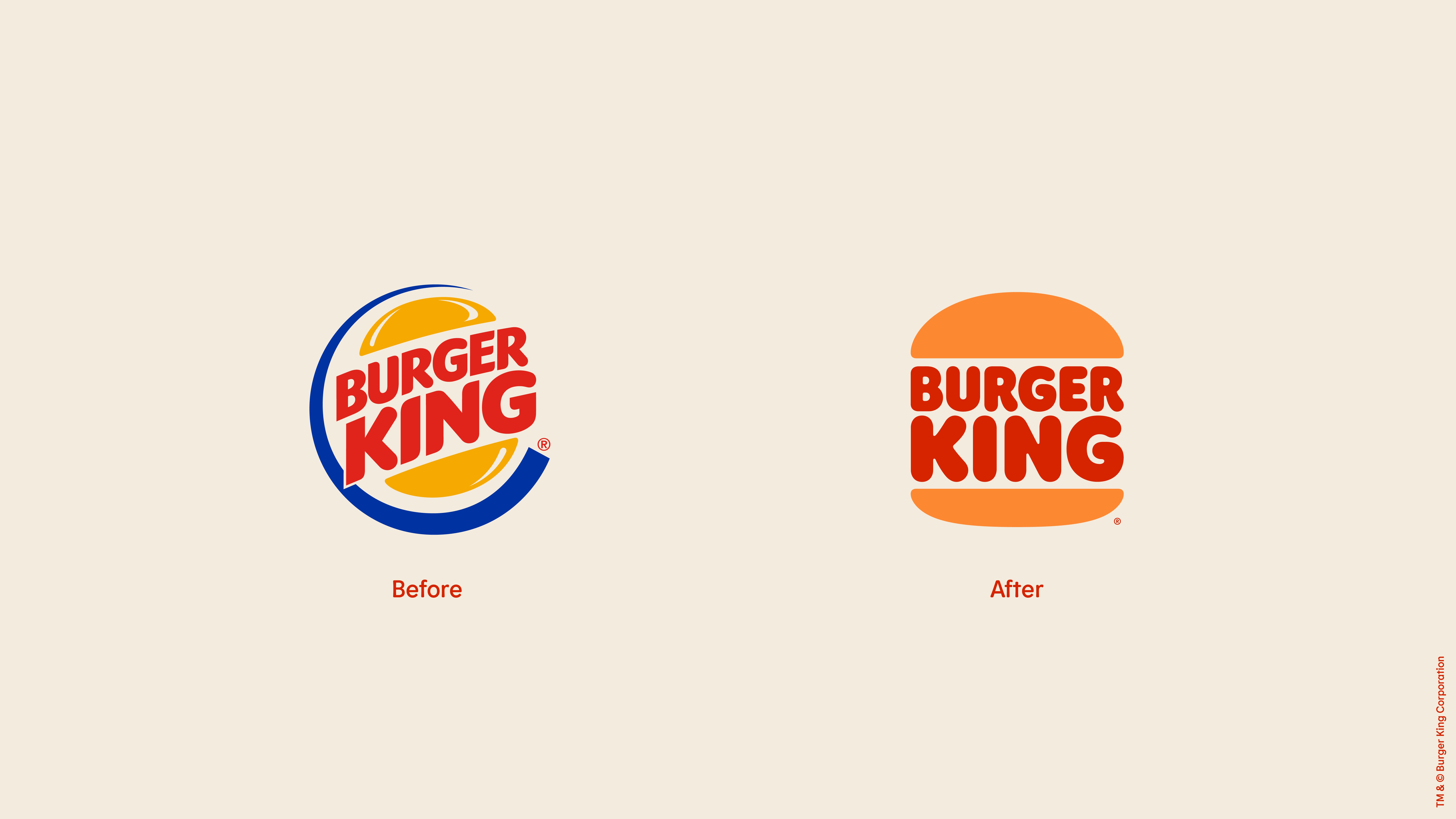 Everything from its new "Flame" font to its vibrant packaging is inspired by the BK ethos, which is "playfully irreverent" and "big and bold" — and it works.

This playful spirit comes through in the reimagining, which takes cues from Burger King’s ingredients and grilling process to amp up its colors for a more vibrant look. The simple and fun aesthetic, which will carry through everything from the company’s "flame grill master"-inspired crew member uniforms to the new BK signs, is already scoring some praise from fans on social media due to its simultaneously retro and modern look.

Even McDonald’s stans were giving the brand props:

Burger King will be rolling out the new branding and logo shortly, so it’s only a matter of time before you see this eye-pleasing retro imagery start popping up at your local BK.