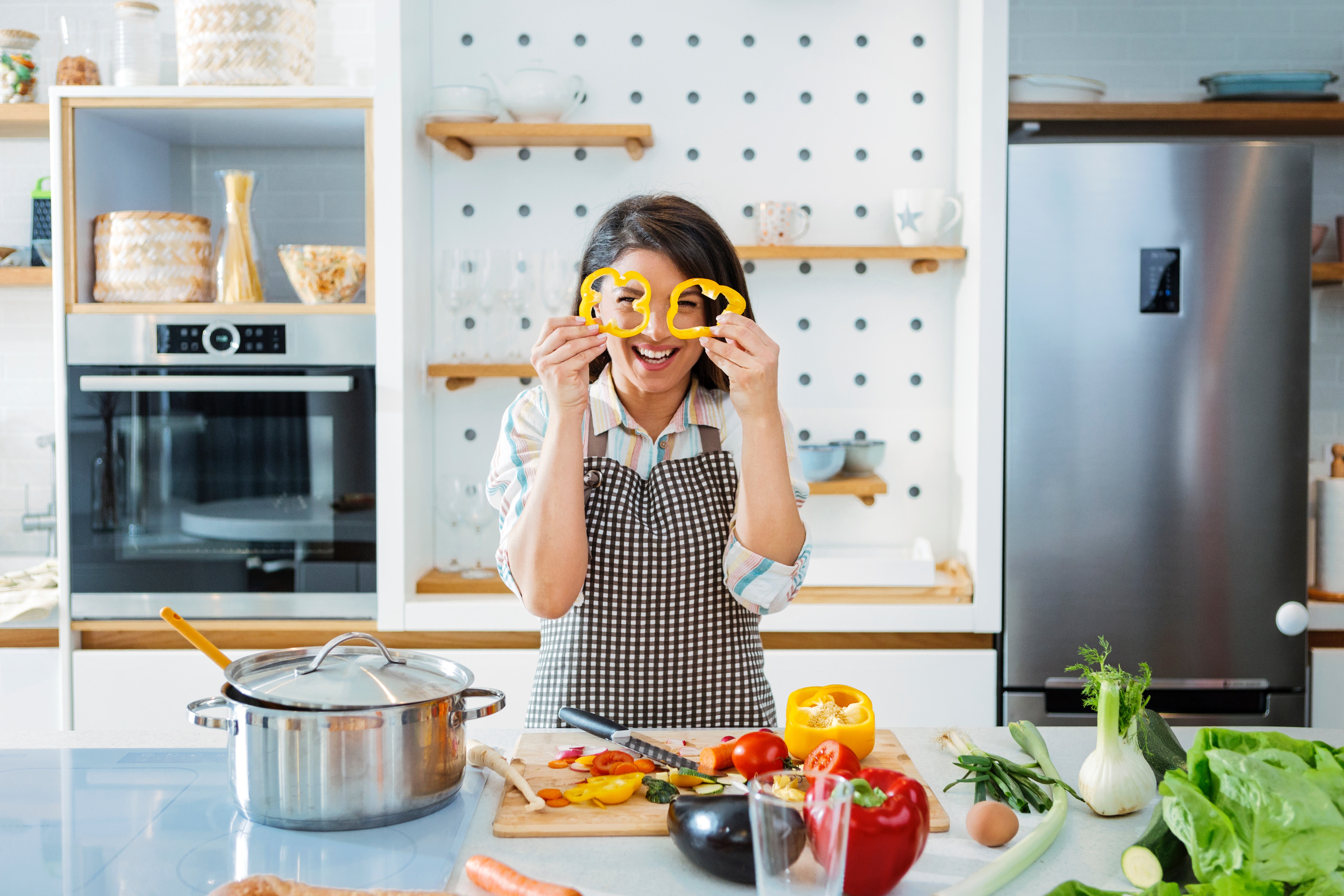 Are bell peppers the greatest thing since sliced bread? According to TikTokers, these crunchy veggies actually taste better than everyone’s favorite carb, and more and more people on the internet are getting on board by swapping out bread for bell peppers in their sandwiches. Yes, people are voluntarily eating more veggies in place of yummy carbs. It may seem strange, but once you see how surprisingly juicy these TikTok bell pepper sandwich recipes are, you’ll understand.

The bell pepper craze stormed social media ever since TikToker @janellerohner shared their fave keto-friendly lunch recipe using a bell pepper in place of a bagel, cream cheese, and Trader Joe’s Everything But The Bagel Seasoning Blend. Now, TikTokers are slicing open their bell peppers and hollowing the inside to reinvent burgers, tuna salad sandwiches, and other classic lunch recipes — and it’s seriously refreshing. Bell peppers contain almost exclusively water, so snacking on these will make your meal extra hydrating. Plus, they pack an ASMR-worthy crunch. When you watch these TikTokers bite into their bell pepper sandwiches, you’ll have a hard time resisting the urge to create one of these satisfying treats for yourself.

If you still need more convincing, just check out these bell pepper sandwich recipes on TikTok. Once you do, you can rest easy that you’ll never have to secure the bread again.

Whether you eat your egg salad bell pepper sandwich open-faced like TikToker @callmebelly or you keep it traditional, you’ll enjoy preparing your sandwich in a new way. This TikToker shows you how to cut your sandwich in half to use them as bread slices or "boats," as well as the steps to making the perfect egg salad for a quick lunch recipe.

2. A Sandwich Filled With Bacon, Cheese, Guacamole, And Deli Meat

If you thought replacing bread with veggies wouldn’t make for a filling meal, you thought wrong. TikToker @lowcarbstateofmind makes a bell pepper sandwich that is fully loaded with lunch meat, provolone cheese, cream cheese, TJ’s Everything But The Bagel Seasoning, bacon, guacamole, and cucumbers. The result? This TikToker says their recipe is "bussin.’"

Your burger can be a part of the bell pepper trend, too. Just follow TikToker @amandaleefago who recreates rapper Travis Scott’s burger from McDonald’s. Using a halved bell pepper, a beef patty, two melted slices of cheese, a pickle, and onions, this TikToker takes their version of a fast food burger to a crunchy level.

When you need to cook up lunch in a pinch, turn to this tuna salad bell pepper sandwich on TikTok. This recipe requires little time to mix everything together — a necessary requirement for your weekday lunch. Plus, the curvature of the pepper means you can really fill those veggies up with even more tuna salad to make a filling meal in half the time.

Spice up your morning with a breakfast bell pepper sandwich. This recipe includes eggs, cream cheese, avocado, TJ’s Everything But The Bagel Seasoning Blend, turkey bacon, tomatoes, mushrooms, and hot sauce. After tasting this delicious sandwich, you might be tempted to recreate it again for breakfast for dinner.

At this point, what can’t you put in the air fryer? Even TikTok’s bell pepper sandwich trend has an air-fryer version. TikToker @virginiamountry makes a turkey sandwich on the halved veggies, using pepper jack cheese, cream cheese, and TJ’s Everything But The Bagel Seasoning Blend. Putting this sandwich into the air fryer lets the cheese ooze all over your veggies. Once you bite into this warm and gooey sandwich, you may never go back.