There are some sauces and seasonings you can slip into food without anyone noticing—but fish sauce is not one of ’em. The savory sauce has a distinct umami flavor—and it’s next-level delicious.

Chances are, you’ve tasted fish sauce at some point, you might be a little fuzzy on what, exactly, it is. So, in case you’re wondering, uh, what is fish sauce, really?—yes, it is totally made of fish.

The delightfully salty condiment is “very important to Southeast Asian cuisines in particular,” says Andrea Nguyen, cooking teacher and author of The Pho Cookbook, who says that Thai, Vietnamese, and Filipino cuisines incorporate it the most heavily.

In fact, fish sauce is the main way Thai people salt food, according to Pailin Chongchitnant, chef and author of Hot Thai Kitchen. “It basically goes on everything: salad, stir fry, curry…everything,” she says.

Though fish sauce is used in stews, soups, and fermented dishes in Korean cuisine, as well, it isn’t as prevalent as in other cuisines in the region, adds Irene Yoo, owner and chef of Korean-American comfort food pop-ups Yooeating.

Want to learn more about this umami goodness? Here’s everything you need to know about fish sauce, plus how to use it in your home cooking.

How Fish Sauce Is Made

Every fish sauce company has a slightly different method but, in general, fish sauce is made by layering seafood like fish, shrimp, or crab in a vat with sea salt, Nguyen says.

In that vat, the seafood goes through a process called autolysis, in which it breaks down and ferments. The timeline for this varies, but good fish sauce may age for a year or so, she says. When the sauce is finished, it turns into a liquid.

Then, the fish sauce is pressed (kind of like extra-virgin olive oil). “It’s thick and super flavorful,” says Nguyen. After that, water and more salt may be added to create more (though diluted) fish sauce.

Again, every fish sauce is a little different, but here’s what you can expect in the nutrition department from one tablespoon of Red Boat fish sauce, which is considered one of the best out there:

Worth noting: Fish sauce is notoriously high in sodium. Just one tablespoon contains about 62 percent of the recommended daily allowance of sodium, so keep that in mind as you’re dousing it on your eats or munching on lots of other salty foods, the experts say.

The Best Fish Sauces You Can Buy

All of the experts call out Red Boat as the go-to top-tier fish sauce. “It’s the highest quality,” Chongchitnant explains. “It’s pure fish and salt with little else.” However, it’s not cheap, she points out; a 17-ounce bottle costs about $13.50 on Amazon. 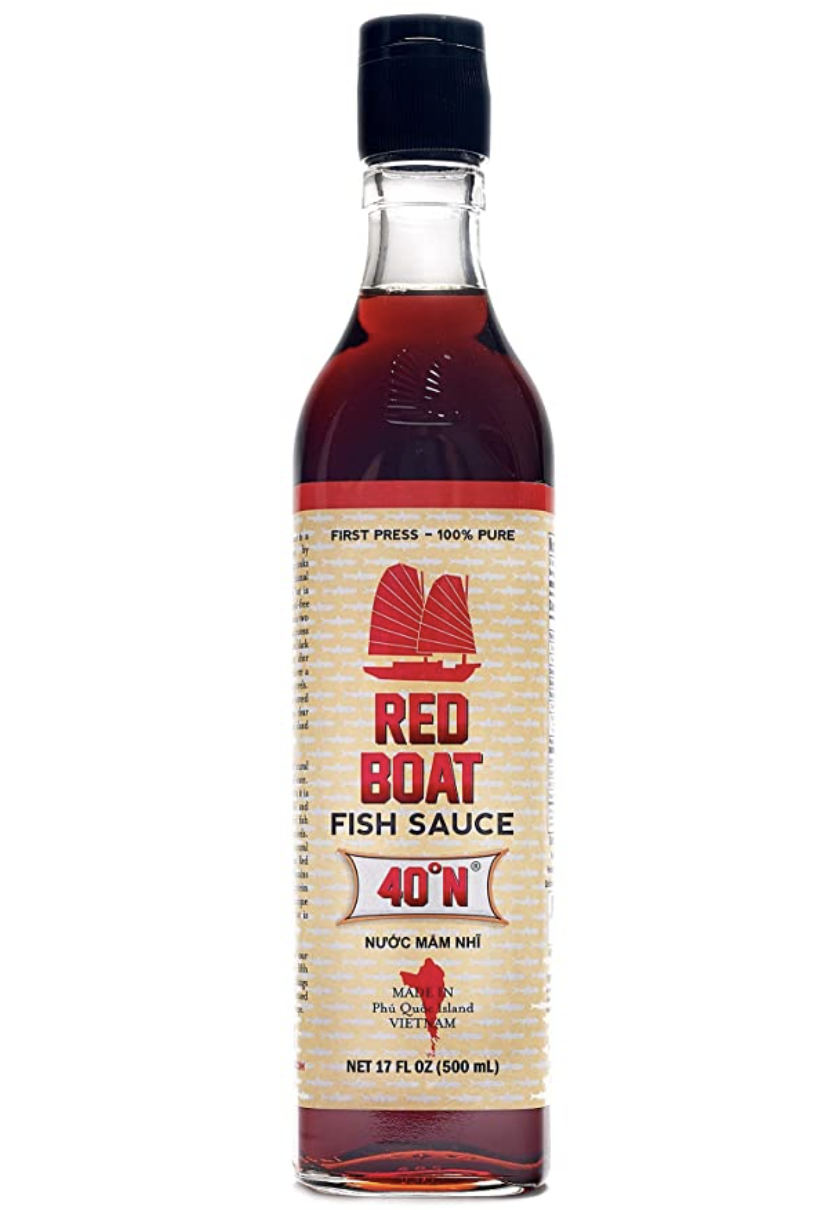 That’s why Chongchitnant uses the less-expensive Squid Brand fish sauce, which just costs $10.99 for 25 ounces on Amazon, for everyday use. 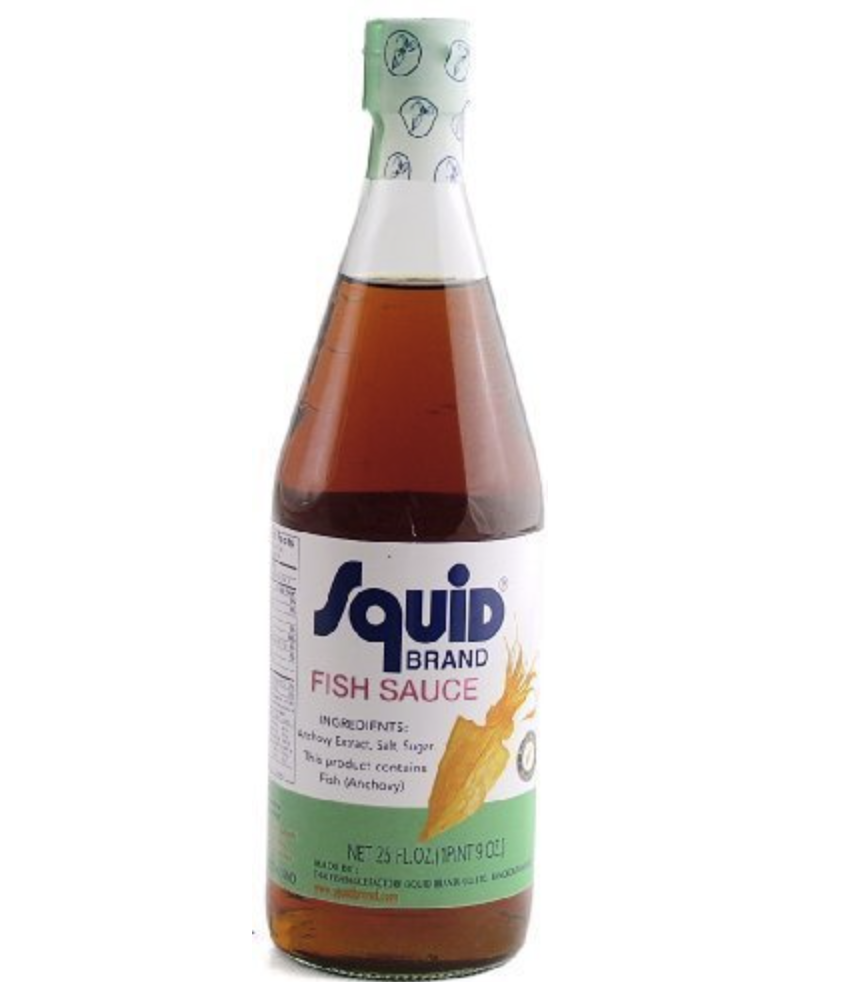 Can’t find Red Boat or Squid Brand near you? Nguyen recommends looking for a fish sauce with minimal ingredients. “So, fish, salt, water, and maybe a little sugar,” she says. If a label says “first-press,” that’s a good sign it’s high-quality since it hasn’t been diluted too much.

How To Use Fish Sauce

Fish sauce is a “great pantry staple” that can be “used in a surprising number of foods,” Yoo says. It’s perfect in “anything that’s missing something, whenever you want to add flavor beyond just adding salt, or just want to pump up the umami in a dish,” she suggests.

If you’re a fish sauce newbie, Chongchitnant suggests starting out by using it in dishes that specifically call for it, like Thai green mango salad. “After you get the hang of it, you can start to experiment with adding it to other foods,” she says.

Chongchitnant likes to put it in Bolognese sauce and lasagna, saying “it really enhances the umami in those dishes.” However, it really works well in most savory dishes. “Once you’re familiar with using fish sauce, you can expand it to other dishes, preferably those that are strongly flavored so that it enhances their flavors instead of overpowering them.”

Nguyen recommends adding a splash of fish sauce to finish off Pho broth or a glug to level up a stir fry, for example.

The bottom line: Made from fermented seafood and sea salt, fish sauce is a staple in Southeast Asian cuisine and has a powerful umami flavor that works well in a variety of savory dishes.