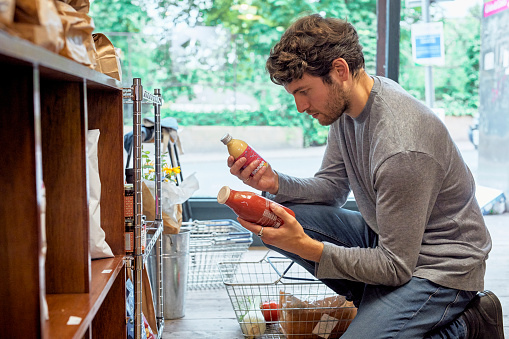 With the cost-of-living crisis becoming seemingly impossible to battle, 50% of families who are struggling financially have admitted to skipping meals.

So knowing which supermarkets are the most budget-friendly has never been more important.

Which? compared the prices of 48 popular grocery items throughout November, and found that Aldi was the cheapest place to shop last month.

Of the ‘big four’ supermarkets, Tesco was crowned the cheapest at £87.60.

Cheapest supermarkets for a trolley of 48 groceries:

Which? also compared supermarket prices when it came to a bigger shop of 149 items – including the original 48.

This trolley included a larger number of branded items, such as Andrex toilet paper and Cathedral City cheese.

These items can’t always be found in discounter supermarkets, so Aldi and Lidl weren’t included in this comparison.

Asda cost the least with this trolley of groceries, continuing its streak, which started in January 2020, as the cheapest traditional supermarket.

Cheapest supermarkets for a trolley of 149 items:

The grocery price inflation was 14.7% in the four weeks to 30 October which adds a potential extra £682 to annual grocery bills.

Own label sales increased by 10.3%, with the very cheapest value own label ranges growing by 42%.