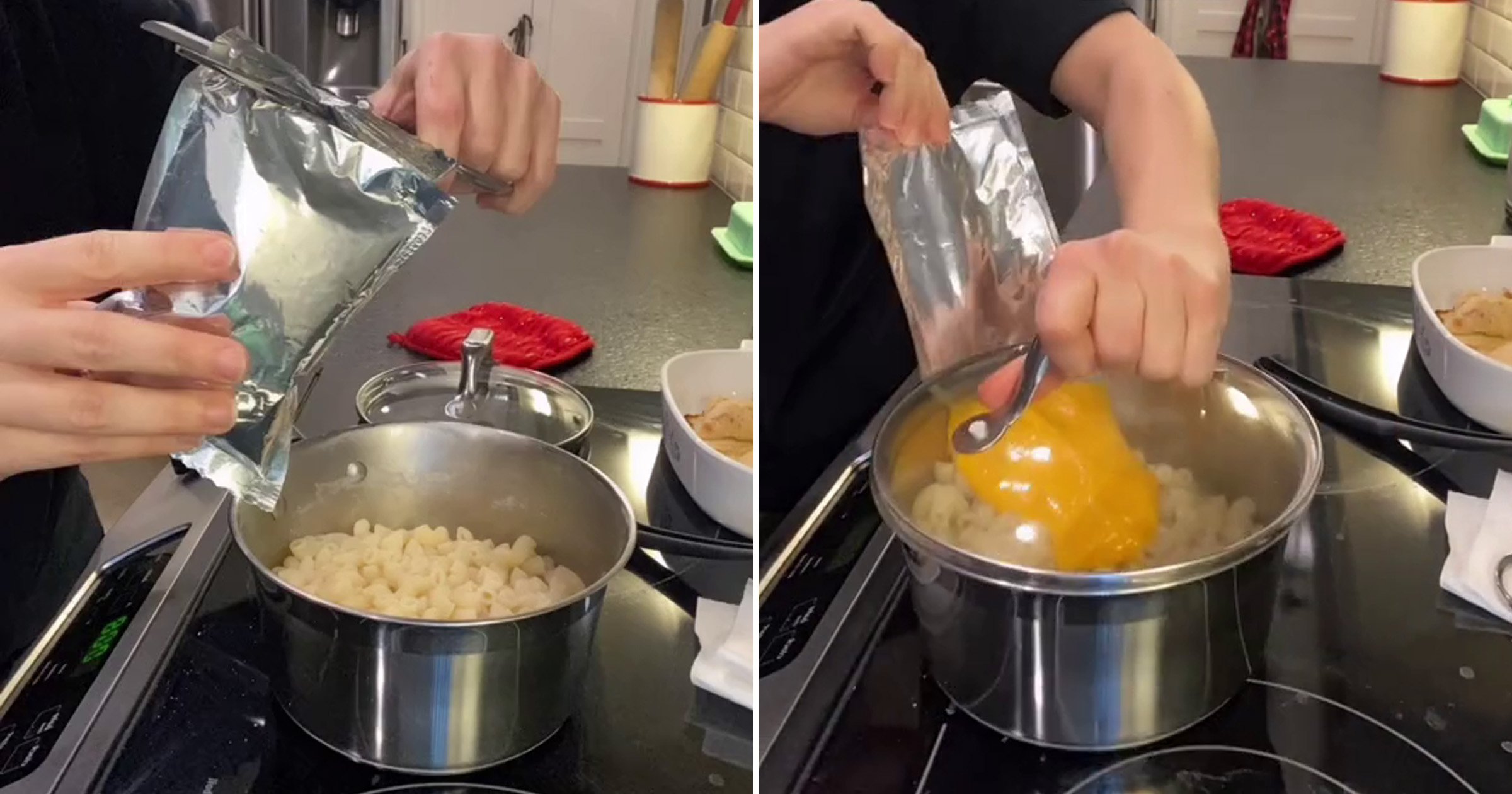 As practical as sauce packets are, it can be difficult to get every single drop out of them.

Whether we squeeze them or use a spoon to scrape the inside, there always seems to be some left when we are finished – and we hate to see it go to waste.

But a woman on TikTok has shared an easy hack to get all the sauce out of a plastic pouch.

In fact, the trick requires such minimal effort, it has left people stunned that they haven’t thought of it before.

A video uploaded by a woman called Kristen says: ‘I’ve learned more on TikTok than I ever learned in school.’

#stitch with @thelifebath I’ve learned more on tiktok than I ever learned in school. #lifehack #foodhacks #momsontiktok

In the clip Kirsten can be seen cooking pasta in a saucepan on the hob. She then cuts the top off the sauce sachet and sandwiches it between the lid and the pan to squeeze out the contents with ease. The entire pack is emptied within seconds.

She adds: ‘I saw this on TikTok in the summer and now I do it every time we eat mac and cheese or anything with a squeezy pouch.’

It’s safe to say that people on the platform have been blown away by the simplicity of the hack.

One person replied: ‘OMG. That is a game changer.’

While another added: ‘My jaw dropped lol. It’s so simple but I never would have thought about it – I hate those packets too, trying to get it all out.’

Someone else commented: ‘This is freaking brilliant.’

TikTok has been bursting with household hacks recently, another women shared how to remove the gristle from chicken in seconds, while some parents revealed how to get rid of the unpleasant smell when you boil eggs.